Hawkeye of “Last of the Mohicans” fame was known as La Longue Carabine for his skill with the long rifle. Rifled guns were available on the frontier in the 1750s, but they weren’t the common armament. But then, Hawkeye was an exceptional kind o’ feller, wasn’t he?

The question as to what degree rifles were in use during the French & Indian War (1755-63) is a perennial point of discussion around the campfires of frontier history buffs. Reenactors are especially interested. Some figure that if someone somewhere used a rifle, they’re justified in carrying one as part of their historical persona. Others argue that if you can’t document it, you shouldn’t use it. It’s a serious matter for those in the reenactment community who are really dedicated to historical accuracy, and their efforts are to be applauded, because they have tremendously advanced our understanding of frontier material culture over the past 50 years, delving deep into trade inventory manifests and the like to get at the realities of frontier living.

So… where, when and how rifles were used in the French and Indian War?

We know that “rifled guns” were present in the British American Colonies almost from the very beginning. A rifled wheellock piece came over on the Mayflower. German immigrants brought the jaeger rifle from Germany, and it is believed that German smiths were making rifles in Pennsylvania by the 1730s. Sporting rifles were available in England, and some found their way to the colonies. A number of “rifled carbines” were imported to the Colonies either from England or Germany for service in the F&I War. Rifles were far from ubiquitous, though. They were comparatively expensive and slower to make, and nobody was mass-producing them in the way that military smoothbore muskets and smoothbore trade guns were being mass produced in armories in Britain and France.

Documentary evidence for rifle use is there, but physical evidence is not.

As the web site for the Massachusetts Provincial Battalion reenactment group notes:

Evidence for use of rifled guns in the French and Indian war is common, but no known guns survive from the main period of the conflict…The oldest surviving American rifle is the John Shreit rifle housed in the William duPont collection and dated to 1761.  Unfortunately this rifle was rebuilt in the early 19th century and so cannot be used as an example of an F&I era gun.  The first of the famous Pennsylvania long rifle makers, Andreas Albrecht, opened his shop in Christian Springs PA in 1761.  These early guns probably resembled trade muskets and were intended for sale, although not exclusively, to the natives. 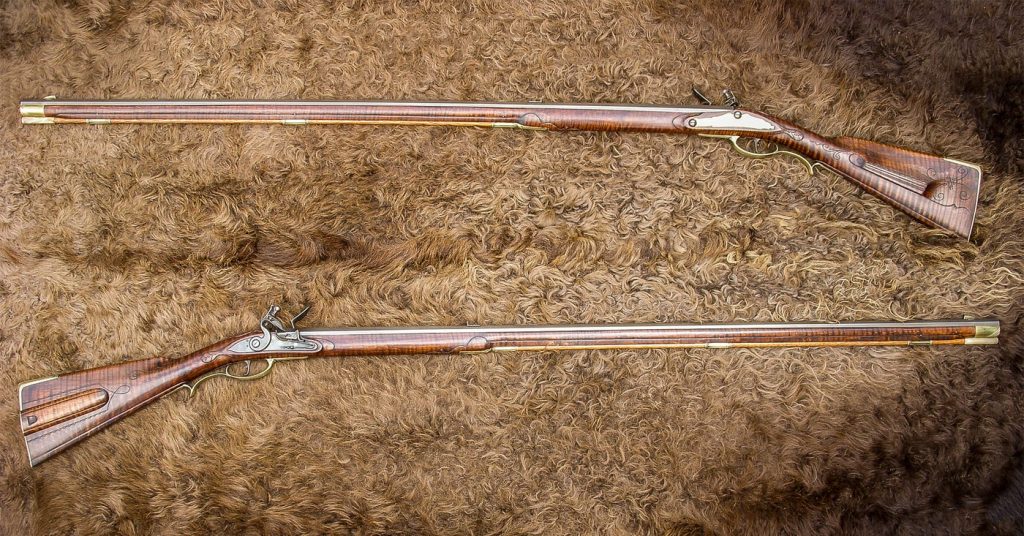 A contemporary reproduction of the John Schreit Rifle, the oldest documented American long rifle, dating to 1761, which was the end of the French & Indian War period. Made by Williams Flintlocks. https://williamsflintlocks.com/john-schreitt/

Instances of Indians trading for rifled guns is documented in the 1750s, such as this from the memoir of Highlander Robert Kirk, who was captured and lived among the Ohio Valley Shawnee in 1758-59:

“We hunted here for two moons or better and had great success.  Some French traders coming up the Ohio, exchanged powder and shot with us for furrs and skins.  I had succeeded so well in this party that I bought a riffle gun, some powder, and two new blankets, one of which I sent as a present to my adopted spouse, which was received as a great mark of my love and affection.”

British rangers and light infantry units issued some rifles in later campaigns of the war, treating them as a kind of early “designated marksman” asset.

‘Riffled Carbines’ were issued to the light infantry for Abercromby’s Ticonderoga campaign at a rate of one per ten men in the following regiments; 27th, 42nd, 44th, 46th, 55th, 60th, 80th (Gages Light Armed), and Bradstreets Batteaumen. Gerneral order for 12 June 1758 were “Fort Edward Camp. Each Regt. to receive 10 riffled pieces from the store, and to return the like number or firelocks for them”. July 1, 1758 ” Capt Sheperds Company of Rangers to discharge thier pieces between 3 and 5 this afternoon. The Regts may try thir riffles at the same time”.

As for the provincials Colonel Bouquet, of the 60th Royal Americans, wrote, “A large part of the provincials are armed with grooved rifles, and have molds.  Lead in bars will suit them better than buttlets—likewise the Indians—but they also need fine powder FF.”

The bit about lead in bars means that they shouldn’t be issued standard Brown Bess .75-caliber round ball in paper cartridges, because rifles were not standard caliber, and each rifleman would have his own bullet mold. The Indians referred to would have been British-allied Iroquois, many of whom were rifle-armed. Those armed with smoothbore fusils would have needed to run their own smaller-caliber ball, too.

Were there rifles on the battlefield in the French & Indian War? Yep. Were most Rangers, and frontier scouts or Indian warriors packing a long rifle? Nope. Ol’ Natty Bumppo would have been a pretty rare bird, but his ilk did exist. The use of the rifle evolved during the F&I War and during Pontiac’s War that followed in 1763-64. By the 1760s, a large number of Pennsylvania backwoodsmen were armed with rifles, and the rifle was the preferred arm of the long hunters who began to work the game fields of the trans-Appalachians in the late 1760s (and also of their native counterparts). By the 1770s, there were enough riflemen to form units of the Continental Army, and woods rangers from Simon Kenton to Sam Brady were experts with the long rifle (though the smoothbore remained a go-to battlefield implement; Daniel Boone carried a fowling piece into battle at the Blue Licks in 1782). 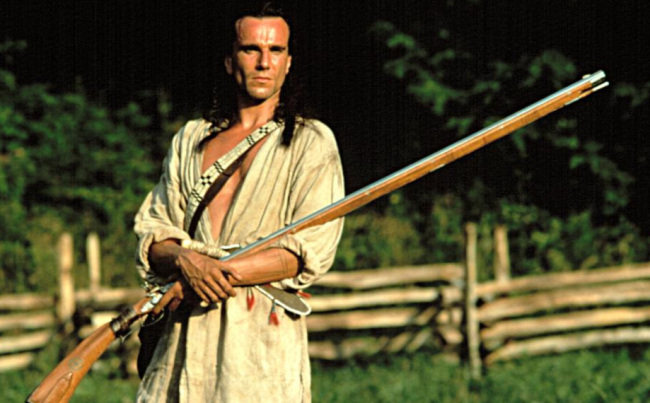 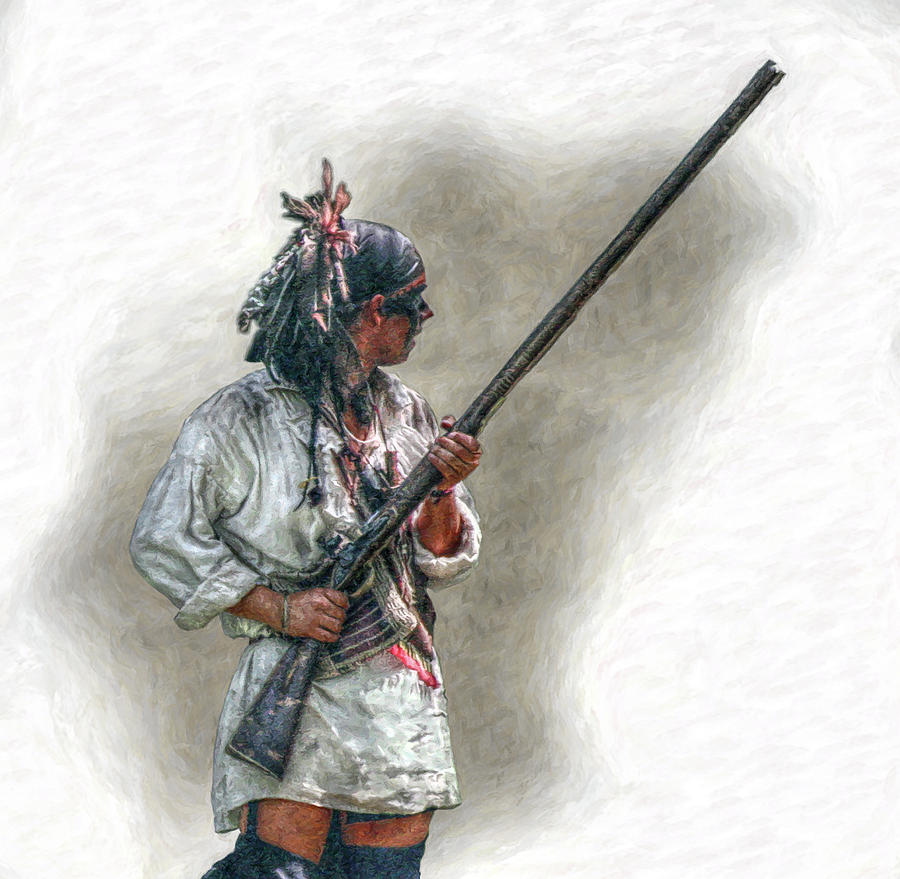