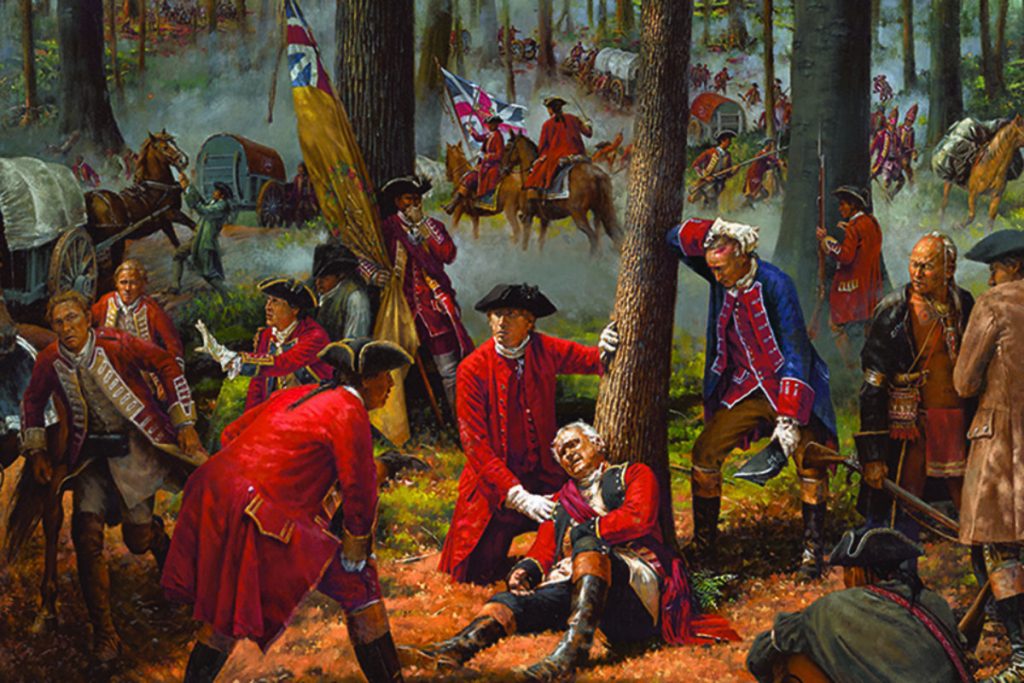 Note: I’ve edited this piece from its original version. My tone was too snarky and harsh and I was a bit unfair to Holton. I think he over-egged the cake in his assertion about native use of rifles at Braddock’s Defeat because he’s trying to foreground the native peoples, but it’s not a willful distortion, which is the impression I gave.

Woody Holton’s Liberty Is Sweet: The Hidden History of the American Revolution is getting a lot of buzz. It purports to be…

“A sweeping reassessment of the American Revolution, showing how the Founders were influenced by overlooked Americans — women, Native Americans, African Americans, and religious dissenters.”

I get the feeling that his work is going to be full of … unconventional … assessments. I’m 11 pages in and I hit this in Holton’s account of Braddock’s defeat at the Monongahela River in western Pennsylvania at the outset of the French & Indian War 1755:

“Surprisingly, the Indians had a technological advantage over the redcoats. Most of their firelocks were rifles, not muskets, as indicated by the sound they made when fired — ‘Popping shots with little explosion, only a kind of Whizing noise’ — and by the smaller-than-normal lead balls that surgeons later extracted from the few wounded who made it off the battlefield; rifles fired smaller rounds.”

I can’t discern from Holton’s end notes from whence he derived this notion, but it’s wrong, or at least significantly exaggerated. Sorry, but I have to be a pedantic bastard about this, because if Holton gets his interpretation wrong here, it’s liable to be suspect elsewhere — and that’s asking for trouble when you are claiming to make “a sweeping reassessment” of a major historical event.

If you’ve ever fired a flintlock rifle, you know that it doesn’t make a popping sound. It cracks — not like a modern, smokeless powder centerfire rifle, but a crack nonetheless. A patched round ball, tight in a rifled barrel, forms an effective seal, especially compared to a loosely-loaded smoothbore musket. That makes for a distinctive song — but it ain’t pop.

Anyway, Natty Bumppo — La Longue Carabine — notwithstanding, rifles were not all that common on the frontier in 1755. Fifteen or 20 years on, yes, you’ll see both European American hunters and native hunters turning by preference to rifles. Missionary David Zeisberger noted that “Delawares use no other than rifle-barrelled guns,” but that was in 1773. This is not to say that rifles were not in use among both colonials and native peoples in the F&I War period. “Rifled guns” literally came over on the Mayflower, and there is documentation of scattered use among rangers, etc. in the F&I War. It is entirely possible that some of the Indians who defeated Braddock were armed with rifled guns, most likely the contingent of Delaware,  Shawnee, and Mingo who had more access to British trade, where most (but not all) rifles would have come from — but it is a significant distortion to argue that “most of their firelocks were rifles, not muskets.”

In the 1750s, the vast majority of people on the frontier, white or Indian, carried a smoothbore military musket, a fowling piece, or a trade gun. The rifle culture started gaining momentum in Pennsylvania, Virginia and the Carolina backcountry right in this period — in New England it wouldn’t catch on until after the Revolution.

New France was not a rifle culture, and Indians who ambushed Braddock traded mostly with the French.

So… what did the Indians use that went “pop” and blew “smaller-than-normal lead balls” into British flesh? My fellow Frontier Partisans, I give you the Fusil de Chasse.

That’s just a French-elegant term that means “hunting gun.” Long, light and graceful, the .62 caliber (20 gauge) barrel did, indeed, deliver a smaller ball than a French musket (.69 caliber) or the mighty Brown Bess that threw a .75 caliber ball. If the Indians were using shot, the individual balls pulled out of wounds would have been smaller still.

Manufactured in the Tulle arsenal, the fusil was the workhorse of the French fur trade for a century. It was as ubiquitous as the AK-47 has been since the mid 20th Century, and for the same reason — it was inexpensive to manufacture, robust and got the job done. 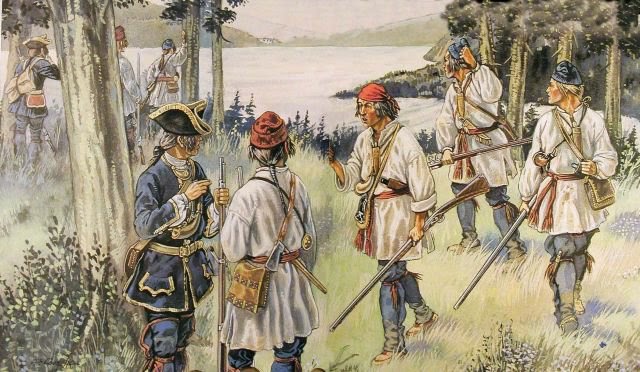 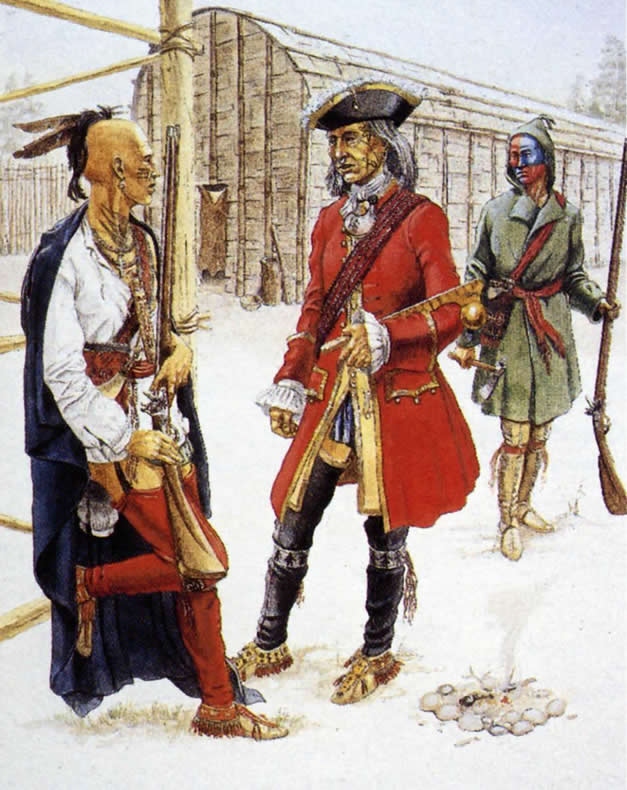