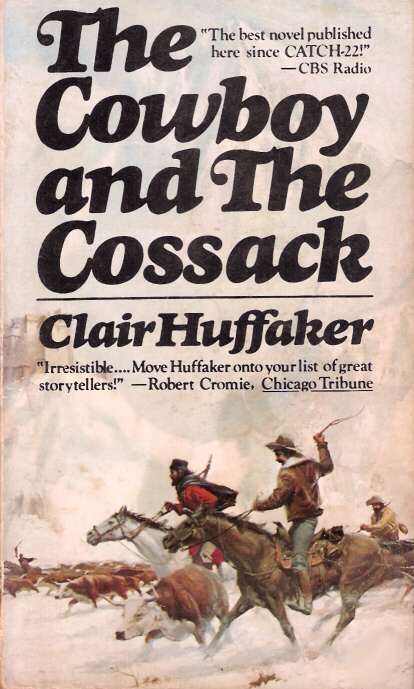 There are more good books than one can read. Those who say otherwise are either those with extremely narrow reading or those that find criticizing a work more enjoyable than any aesthetic pleasure the work itself. The fact is if you are willing to look for them you can find extraordinary books in any genre.

This brings me to Clair Huffaker’s novel The Cowboy and The Cossack: the story of a cattle drive in Tsarist Russia. A group of Montana cowboys are contracted to travel across the world and drive their cattle from Vladivostok to Siberia. There they find and clash with their escort of Cossacks. What follows is a rollicking adventure that occasionally becomes something more.

The story is told from the perspective of a young cowboy named Levi who hero worships the leader of the cowboys, Shad. The Cossacks are led by Rostov who Levi will also come to admire. Both Shad and Rostov serve role models to Levi.

The novel begins with the cowboys, having been barred from entering Vladivostok, drive their cattle out of the ship they are on and into the freezing sea water. This is the strongest scene in the novel. From there they first encounter the group of Cossacks led by Rostov. Both the cowboys and the Cossack see each other as foreign heathens, but they have to learn to work together if they are to get the cattle to Siberia. Complicating things it also becomes clear that the Cossacks are rebels against the Tsar. Not only do they have drive cattle across Russian steppes, but they have to get by an opposing group Cossacks sworn to the Tsar. Worse, waiting for them in Siberia is a horde of Tartar warriors.

The novel is a rollicking adventure, as I said, but it also an exploration of masculinity. Both Shad and Rostov serve as masculine role models to Levi and as counterparts to each other. They are both natural leaders of men, courageous, and tactically skilled. Both are tough men who drive their men hard and themselves harder. Levi is more than a little torn between the two. Both are also utterly loyal to their men.

There are those may be put off that the female characters are relatively minor. If so, this may not be the novel for you. Frankly, since we live in a time when one side calls all masculine behavior toxic and the other side calls their toxic behavior masculine, it seems to me that a novel that extols Bravery, Loyalty, and Sacrifice as masculine values is refreshing.

There is also theme of understanding and tolerance. The cowboys and the Cossacks learn not only to work together but to respect each other. The cowboys themselves are shown as multi-racial, and do not always get along with each other.

Another theme is that of the sacrifices needed for freedom. The Cossacks have rebelled against the Tsar. While Shad and the other cowboys are driven by professional pride in their job, for the Cossacks it is of life and death necessity to the survival of their community.

The final theme, and the one most relevant to this website, is that resonance between different frontiers. While the American West and Siberia are on the other side of the planet from each other, the parallels between are great. Both are harsh places where one struggles to survive, but also places of great beauty.

I do not know much about the writer Clair Huffaker, the writer. He apparently worked on a lot of classic Western TV series like The Rifleman and The Virginian. The bio in the back mentions him being a rancher, boxer, and sometime smuggler. The last part without any explanation.

It is a book that I would heartily recommend. 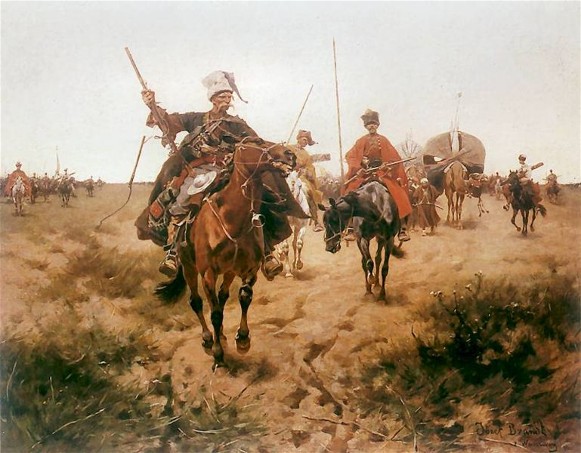