All you who hail from Ontario

Know the tale of the Donnellys-o

Died at the hand of the mob that night

Every child and man by the oil-torch light

Jim Donnelly was no angel, sure

But they burned his barn, broke down the door

And the children cried while they killed Old Jim

Then they killed his wife and they turned on them

No judge, no jury, no hangman — no

Every feel like you’ve been targeted? I mean, how many clients of Paulina Springs Books are going to spy a brand-spanking–new two-volume history of the Black Donnellys on a shelf and say: “I MUST HAVE THIS!”

That was the scene that played out in the immediate aftermath of the Sisters Christmas Parade on Saturday. As always, we watched the parade down Hood Avenue right in front of the book store. Not saying that I contrive to be in the proximity of the bookstore when the parade wraps up and everybody disperses to hunt for treasures. Not NOT saying it, either. The thing is, I usually have to order obscure, dark frontier tales. In this case, this was just sitting there, beckoning. I swear I heard the sound of a mandolin and a ragged, raspy voice whispering, “All you who hail from Ontario…” I don’t even know why an indie bookstore in Oregon would shelf this November release from an indie Canadian publishing house about a quintessentially Canadian true crime story… except, well, I mean, c’mon. This was clearly a trap. This is the OG of country-noir tales, and here we have a Canadian author and martial arts obsessive going all-in on it. Yeah, I can resist anything but that kind of temptation… It is known.

Fortunately, I am assured that Badass Santa is aware of my plight. 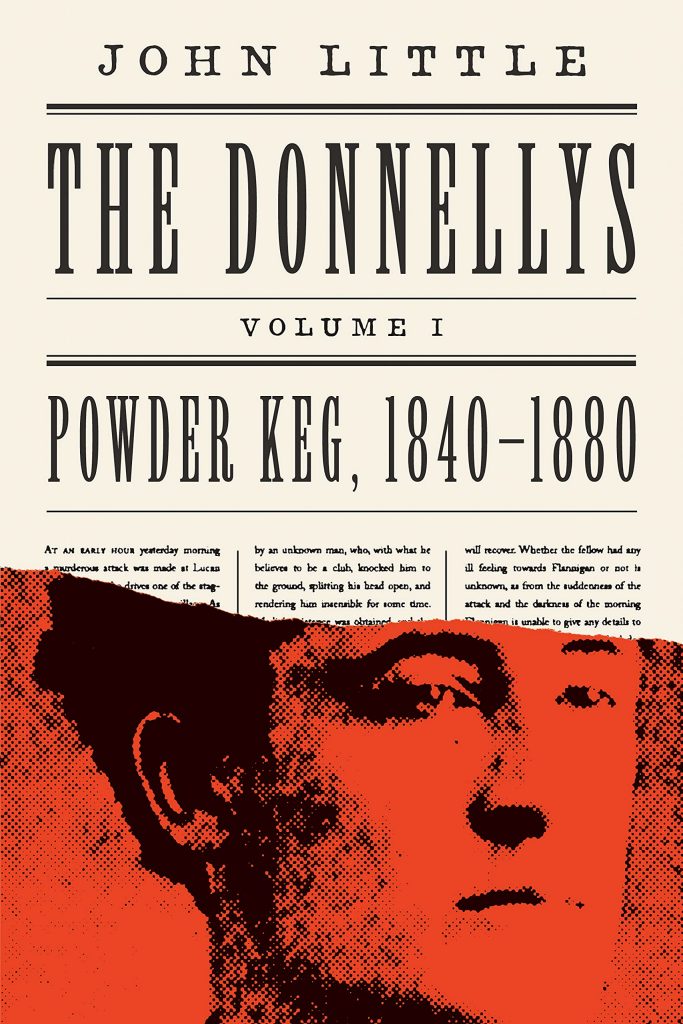 In the 1840s, the Donnelly family immigrates from Ireland to the British province of Canada. Almost immediately problems develop as the patriarch of the family is sent to the Kingston Penitentiary for manslaughter, leaving his wife to raise their eight children on her own. The children are raised in an incredibly violent community and cultivate a devoted loyalty to their mother and siblings, which often leads to problems with the law and those outside of the family. The tensions between the family and their community escalate as the family’s enemies begin to multiply. The brothers go into business running a stagecoach line and repay all acts of violence perpetrated against them, which only worsens the situation. Refusing to take a backwards step, the Donnellys stand alone against a growing power base that includes wealthy business interests in the town of Lucan, the local diocese of the Roman Catholic Church, law authorities and a number of their neighbours. 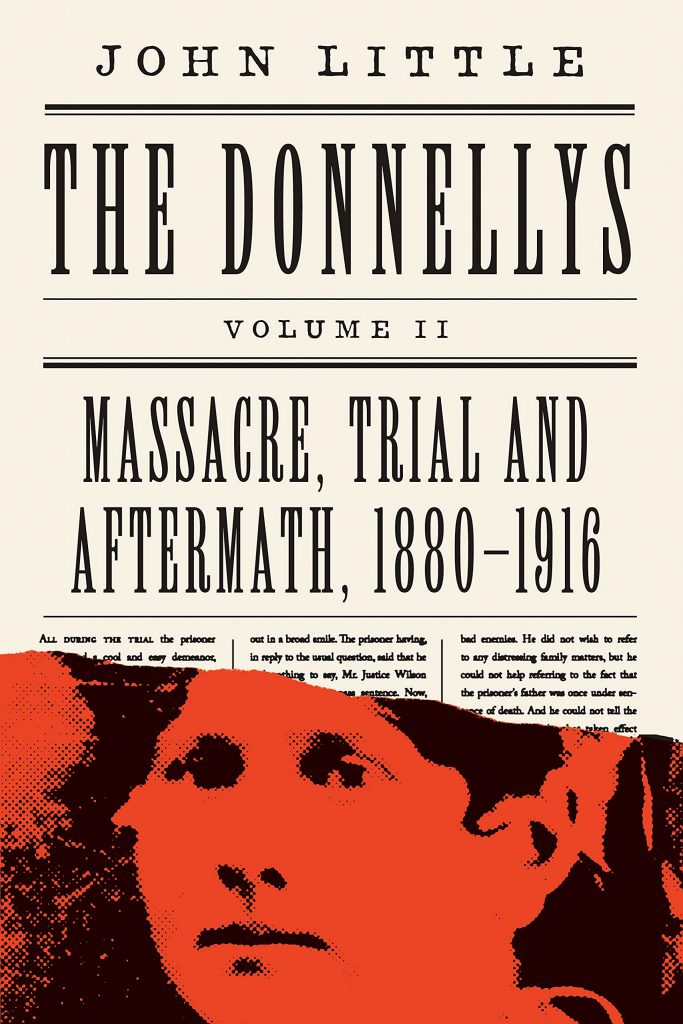 A story made all the more shocking because it’s true.

In 1880, an organized mob of the Donnellys’ enemies murder four family members and burn their house to the ground. Another sibling is shot to death in a house a short distance away. William Donnelly and a teenage boy are the only witnesses to the murders. The surviving family members seek justice through the local courts but quickly learn that their enemies control the jury and the press. Two sensational trials follow that make national and international headlines as the Donnellys continue to pursue justice for their murdered parents, siblings and cousin. Behind the scenes, political factors are at play, as Oliver Mowat, the Premier/Attorney General of the province of Ontario, fearing the backlash a conviction would render, gradually withdraws support from the prosecution of the killers. After the trials, the Donnelly’s enemies continue their crusade against the family, paying off potential witnesses to the murders and fabricating one last set of charges that they hope will put the remaining Donnellys away forever.

Though, as Steve Earle says, a hundred years and more have turned, the Donnelly story remains a haunting one. Little says:

“Despite being taught nothing of this bit of southern Ontario history in school, when I first learned of the Donnellys, their story gripped me like few stories have (before or since).”

I have mentioned before that my dear, departed mother despaired at my fascination with hard men and tales that she believed had “no redeeming value.” Hence, I chuckled when I read this:

“Like a saga from Norse mythology, there is nothing redeemable about the tale. It is a story about tough times and the tough people who lived in those times. It is a story about pride perhaps most of all — pride of family and pride of self, versus the threat that such pride poses to those outside one’s own group…

“It’s a story about ostensibly good, hard-working people who ended up doing bad things, primarily out of the fear of a monster of their own making… It points out the powder keg that lies dormant within human beings that requires but a few strikes of stone against flint to produce the single spark that will set it off.”

I think Mr. Little and I are going to get along just fine, and I look forward to delving into his telling of this dark tale. You listening, Badass Santa?