If there is one thing calculated to part me from my plews as fast as a free trapper at rendezvous (other than CZ-USA dropping an entirely new line of rifles…) it’s a really good museum bookstore in Mohawk country. And some dastardly soul threw just such a thing down right in my path. Talkin’ about the Fort Plain Museum Bookstore.

The Fort Plain Museum & Historical Park is on the grounds of a Revolutionary War-era fort in the storied Mohawk Valley, a dark and bloody ground of frontier civil war in the 1770s. The bookstore reflects and expands upon that history. What a collection of American Revolution books — with an unusual focus on the frontier. Here’s a few that caught my eye, and will likely land on Badass Santa’s Christmas list. No, wait — here’ the plan: A tour of the Mohawk Valley, with a final stop with a shipping container at the Fort Plain Museum & Historical Park Book Store. NOW were talkin’…

After reading about the attempted conquest of Canada in Rick Atkinson’s magnificent first volume of his American Revolution trilogy, The British Are Coming, I’m primed for this new tome… 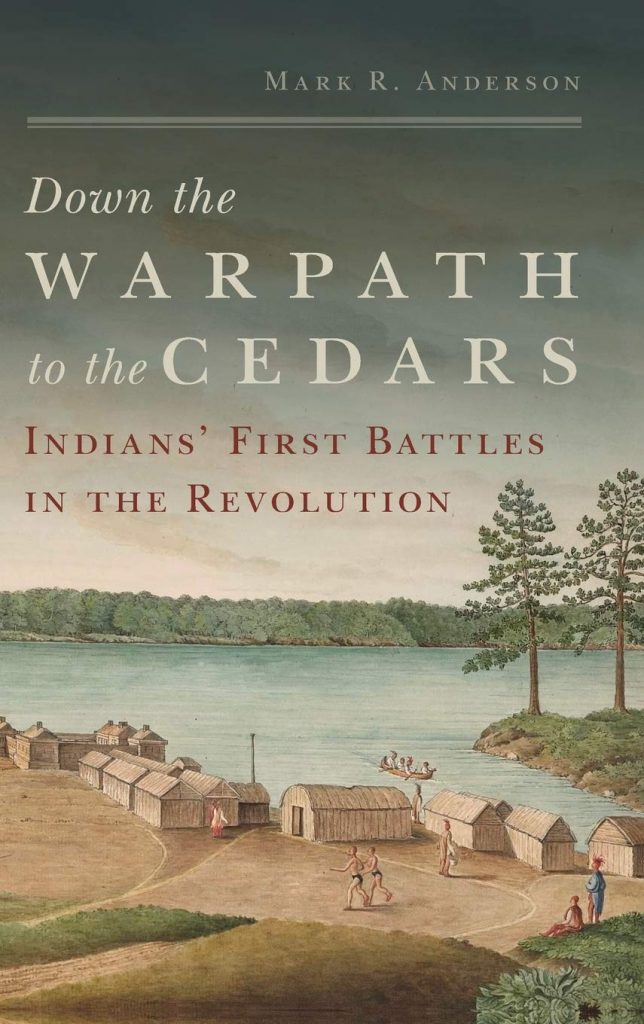 In May 1776 more than two hundred Indian warriors descended the St. Lawrence River to attack Continental forces at the Cedars, west of Montreal. In just three days’ fighting, the Native Americans and their British and Canadian allies forced the American fort to surrender and ambushed a fatally delayed relief column. In Down the Warpath to the Cedars, author Mark R. Anderson flips the usual perspective on this early engagement and focuses on its Native participants—their motivations, battlefield conduct, and the event’s impact in their world. In this way, Anderson’s work establishes and explains Native Americans’ centrality in the Revolutionary War’s northern theater.

Anderson’s dramatic, deftly written narrative encompasses decisive diplomatic encounters, political intrigue, and scenes of brutal violence but is rooted in deep archival research and ethnohistorical scholarship. It sheds new light on the alleged massacre and atrocities that other accounts typically focus on. At the same time, Anderson traces the aftermath for Indian captives and military hostages, as well as the political impact of the Cedars reaching all the way to the Declaration of Independence. The action at the Cedars emerges here as a watershed moment, when Indian neutrality frayed to the point that hundreds of northern warriors entered the fight between crown and colonies.

Adroitly interweaving the stories of diverse characters—chiefs, officials, agents, soldiers, and warriors—Down the Warpath to the Cedars produces a complex picture, and a definitive account, of the Revolutionary War’s first Indian battles, an account that significantly expands our historical understanding of the northern theater of the American Revolution.

This one’s been around for a while. Something that is poorly understood by the general public is that there wasn’t really a “frontier” line between white Euro-American settlement and “Indian Country.” in places like the Mohawk Valley, cultures were intermingled physically, economically and culturally in complicated ways. That makes for a much more interesting and, shall we say, “textured” tale… 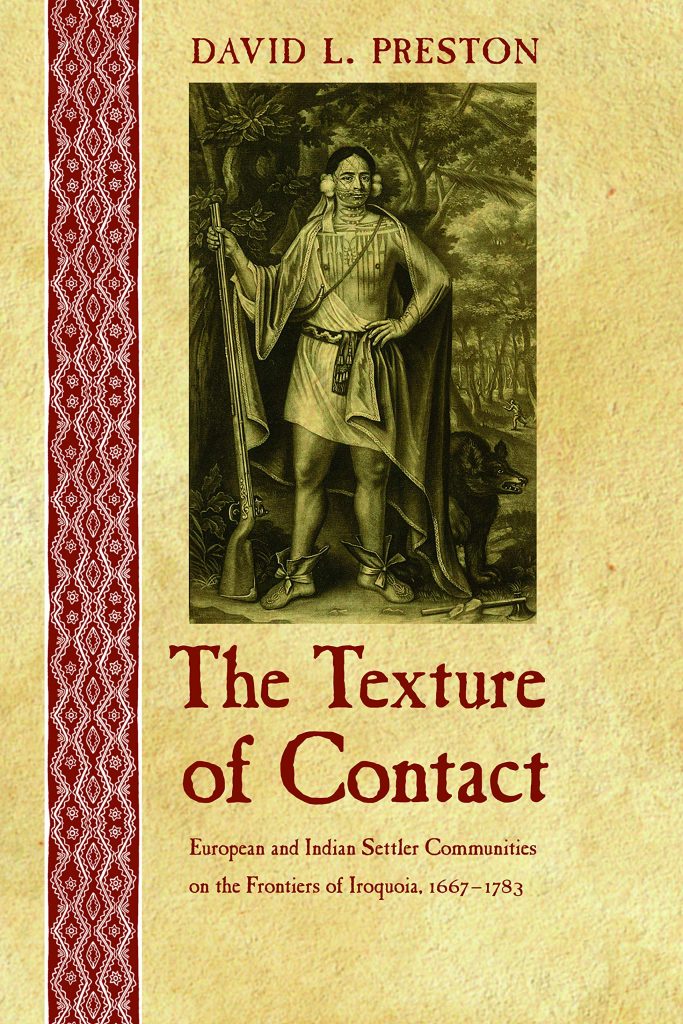 The Texture of Contact is a landmark study of Iroquois and European communities and coexistence in eastern North America before the American Revolution. David L. Preston details the ways in which European and Iroquois settlers on the frontiers creatively adapted to each other’s presence, weaving webs of mutually beneficial social, economic, and religious relationships that sustained the peace for most of the eighteenth century.

Drawing on a wealth of previously unexamined archival research, Preston describes everyday encounters between Europeans and Indians along the frontiers of the Iroquois Confederacy in the St. Lawrence, Mohawk, Susquehanna, and Ohio valleys. Homesteads, taverns, gristmills, churches, and markets were frequent sites of intercultural exchange and negotiation. Complex diplomatic and trading relationships developed as a result of European and Iroquois settlers bartering material goods. Innovative land-sharing arrangements included the common practice of Euroamerican farmers living as tenants of the Mohawks, sometimes for decades. This study reveals that the everyday lives of Indians and Europeans were far more complex and harmonious than past histories have suggested. Preston’s nuanced comparisons between various settlements also reveal the reasons why peace endured in the Mohawk and St. Lawrence valleys while warfare erupted in the Susquehanna and Ohio valleys.

One of the most comprehensive studies of eighteenth-century Iroquois history, The Texture of Contact broadens our understanding of eastern North America’s frontiers and the key role that the Iroquois played in shaping that world.

Colin Calloway is one of the greats of borderland history. I somehow missed that he has a new one out, coming from an unusual angle that intrigues me greatly. 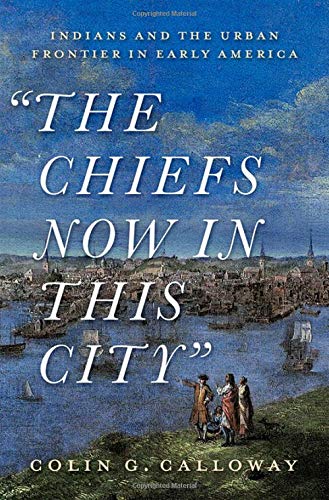 During the years of the Early Republic, prominent Native leaders regularly traveled to American cities–Albany, Boston, Charleston, Philadelphia, Montreal, Quebec, New York, and New Orleans–primarily on diplomatic or trade business, but also from curiosity and adventurousness. They were frequently referred to as “the Chiefs now in this city” during their visits, which were sometimes for extended periods of time. Indian people spent a lot of time in town. Colin Calloway, National Book Award finalist and one of the foremost chroniclers of Native American history, has gathered together the accounts of these visits and from them created a new narrative of the country’s formative years, redefining what has been understood as the “frontier.”

Calloway’s book captures what Native peoples observed as they walked the streets, sat in pews, attended plays, drank in taverns, and slept in hotels and lodging houses. In the Eastern cities they experienced an urban frontier, one in which the Indigenous world met the Atlantic world. Calloway’s book reveals not just what Indians saw but how they were seen. Crowds gathered to see them, sometimes to gawk; people attended the theatre to watch “the Chiefs now in this city” watch a play.

Their experience enriches and redefines standard narratives of contact between the First Americans and inhabitants of the American Republic, reminding us that Indian people dealt with non-Indians in multiple ways and in multiple places. The story of the country’s beginnings was not only one of violent confrontation and betrayal, but one in which the nation’s identity was being forged by interaction between and among cultures and traditions.

Previous Post: « On The Trail Of An Elephant Hunter — More on Johannes Lodewickus Lee
Next Post: Sooyii — A Blackfoot Language Film »