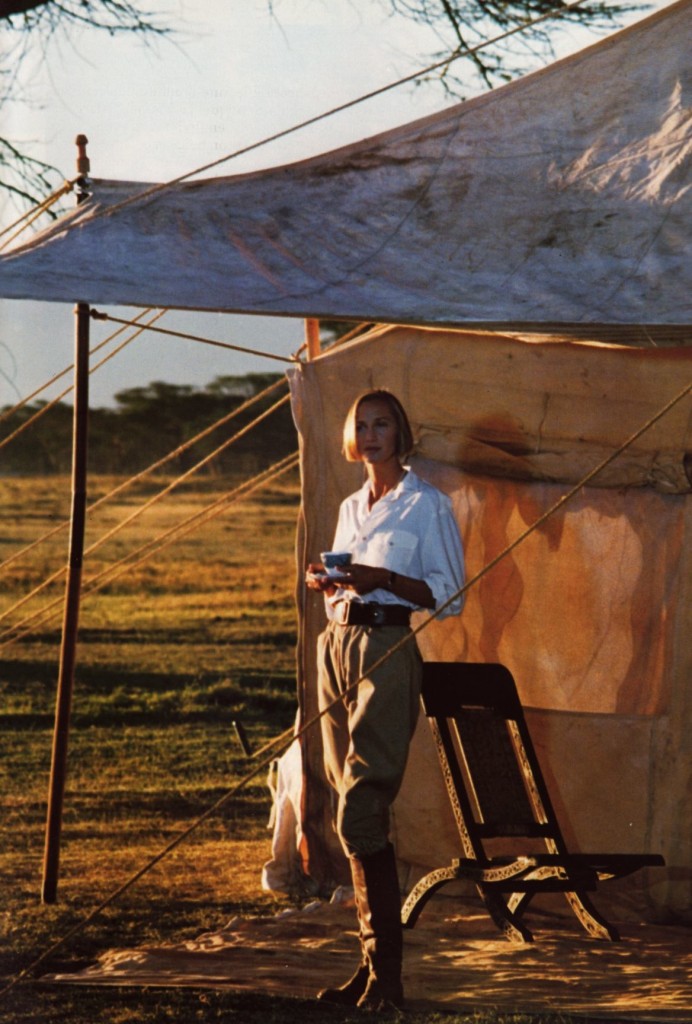 She’s ready for Anton Rider to take her after lions….

“A Café on the Nile” is one of my favorite Frontier Partisan novels. Set during the Abyssinian Campaign of 1935, it features hunter and safari guide Anton Rider in a cracking good adventure yarn that is a throwback to pulpy tales of days gone by, yet elevated by some good writing and author Bartle Bull’s intimate knowledge of the African bush. (Bull also wrote the excellent “Safari: A Chronicle of Adventure,” which is a gorgeous coffee-table scale book on the history of safari hunting in Africa).

It’s an old-fashioned tale in a very good way — a true and unapologetic adventure story. Yet it is also quite modern in its gritty depiction of violence and raw sexuality.

Good news. It looks like he’s written another adventure for his flawed but fundamentally sound hero. This from the New York Post.

“Bartle Bull, the bluebood author, just finished the fourth and final volume of the African adventures of Anton Rider and optioned the novels to producer René Bastian for a TV mini-series.

“The name Rider comes from Rider Haggard, the author of ‘King Solomon’s Mines,’ the first great African novel. Rider Haggard was a friend of my British grandfather,” Bull said.

“My own father served in the Coldstream Guards in WWII in Egypt, Libya and Ethiopia. The actual White Rhino Hotel was founded in Kenya in 1909 by Lord Cranworth, my uncle’s father-in-law. It was these old family connections that got me interested in Africa in the first place.”

One character, a randy and clever dwarf, would be a perfect role for “Game of Thrones” actor Peter Dinklage.