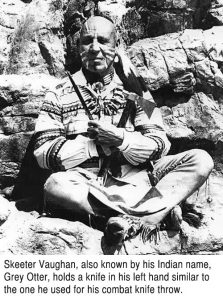 The Pony Express dropped a package that is full of meaning and memory for me — my copy of Bob Sabet’s book retelling the story of Skeeter Vaughan, aka Grey Otter:

Grey Otter, a half Cherokee man also known as Skeeter Vaughan, the legendary knife and tomahawk thrower; devised a tomahawk fighting system during World War Two. This book provides an overview of his hawk system as well as discusses his background. It also offers a look at several other Warriors, some who also fought against the Axis powers.

As I have previously recounted, I grew up in Wrightwood, California, attending demonstrations by this remarkable man who threw knives and tomahawks with breathtaking precision. Based on those memories, recounted here and here, Bob asked me to write a foreword to his book, which I was honored to do. A hat tip to Robert H. Sabet (keeper of the Rough And Tumble Society page on Facebook) for preserving the life and legend of Skeeter Vaughan, a warrior who deserves an honored memory. As I put it in the foreword:

The Otter and His Hawk explores the martial applications of the tomahawk that persisted well beyond the frontier era — but most importantly it tells stories that should never be forgotten, honoring brave men who brought their heritage and the capabilities it graced them with to bear to serve this nation when the chips were down.

I like to think that, in some Frontier Partisan Valhalla, Grey Otter is well pleased.

Purchase through Lulu so that Bob gets a right pack of plews for his work.

El Chivato is getting yet another film treatment — a series on Epix. The trailer dropped yesterday:

The series is described as an epic romantic adventure based on the life of Billy the Kid. Also known as William H. Bonney, it tracks his humble Irish roots and early days as a cowboy and gunslinger in the American frontier to his pivotal role in the Lincoln County War and beyond.

Apparently Jesse Evans plays a big role in the tale, which is as it should be.

If Billy the Kid hadn’t been there, Evans would have been the most famous outlaw taking part in the Lincoln County Wars. The leader of the Seven Rivers Gang, Jesse meets Billy when both of them are teenagers. Unlike Billy, Jesse has already embraced a life of crime: robbing stores and cattle rustling. Billy is attracted to his wild and reckless character and [Evans] becomes Billy’s doppelganger of sorts — his shadow self, forever inviting him over to the dark side of life.

I’m in, at least for a look. I’m on the record with probably numbing frequency griping about the constant fixation on Wyatt Earp and Billy the Kid, when there are other tales to tell. That said, the Billy story is a good un, for all the reasons, and I wrote a song about it myself, so I guess I should shut up and just ride with it…

Folklore has always been a part of the Frontier Partisans world — how could it not be? But it seems of late that my fascination with the mythic side of things has deepened. Perhaps I am haunted.. I’ll go so far as to tease a possible development on the folkloric front that I plan to undertake in the new year. Let us just say that I plan an expedition into the dark timbers of Fennario…

In that vein, I just discovered The Folklore Podcast, a project of a feller named Mark Norman, who hails from the folklore-rich forests of Devonshire. It’s quite a feast from a man who is the foremost collector of Black Dog sightings in the UK. I had no idea that was a job description…

Mark Norman is a folklore author and researcher based in Devon, in the South-West of the UK. He is a committee member of the Folklore Society and has been researching and collecting information on Black Dog apparitions for many years. He holds what is believed to be the UK’s largest archive of these sightings and traditions, which includes fieldwork and notes from other respected collectors such as Theo Brown and the recently donated archive of Janet Bord…

…It is telling that apparitions of ghostly Black Dogs have been sighted, felt, heard and experienced in an unnatural way by people for nearly a millennium now and yet people stumble across information about them by chance when attempting to provide themselves with an explanation for what has occurred. Many people’s knowledge of the subject stretches no further than The Hound of the Baskervilles and where they are more familiar, people often think that the Black Dog is evil or portentous in the manner of the Shuck.

The Daily Mail, which is my favorite lurid Brit tabloid, ran a story on the skeleton of one helluva hellhound…

It roamed the countryside spreading death and terror – a giant, ferocious hell-hound with flaming eyes and savage claws. For centuries, the beast that came to be known as Black Shuck struck fear into the hearts of all who crossed its path. Just a single glimpse was enough to impart a fatal curse; the briefest encounter sufficient to suck the life from any hapless victim.

One thing, however, has always been absent from the many tales of the dog-like entity and its sinister appearances in the East of England flatlands: A single fact.

Now that may be about to change with an answer to the question: Did it exist only in folklore … or was it flesh and blood? Yesterday (May 14, 2014), 500 years after Black Shuck first went on the prowl, archaeologists were examining the skeleton of a 7ft long dog unearthed in the remains of an ancient abbey. It was discovered a few miles from two churches where Black Shuck is said to have killed worshippers during an almighty thunderstorm in August 1577. What’s more, it appears to have been buried in a shallow grave at precisely the same time as Shuck is said to have been on the loose, primarily around Suffolk and the East Anglia region.

And if you think I’m gonna pass up the opportunity to create a linkage between that and the heaviest folk music outfit in history… well… (Hat tip to Paul McNamee). 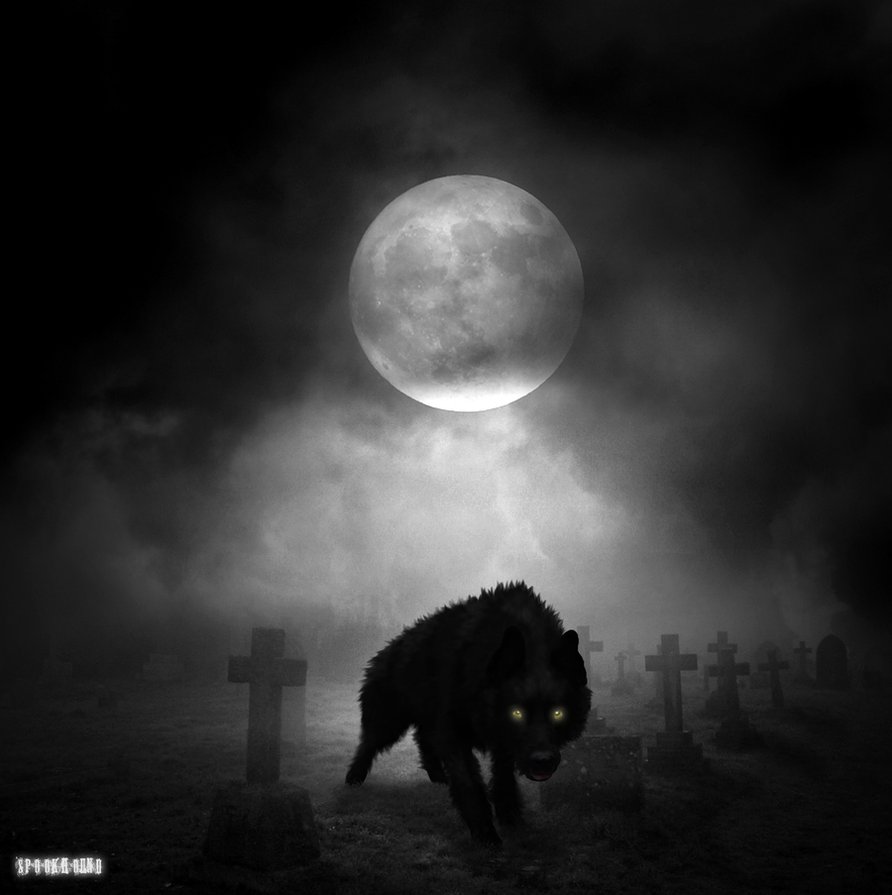 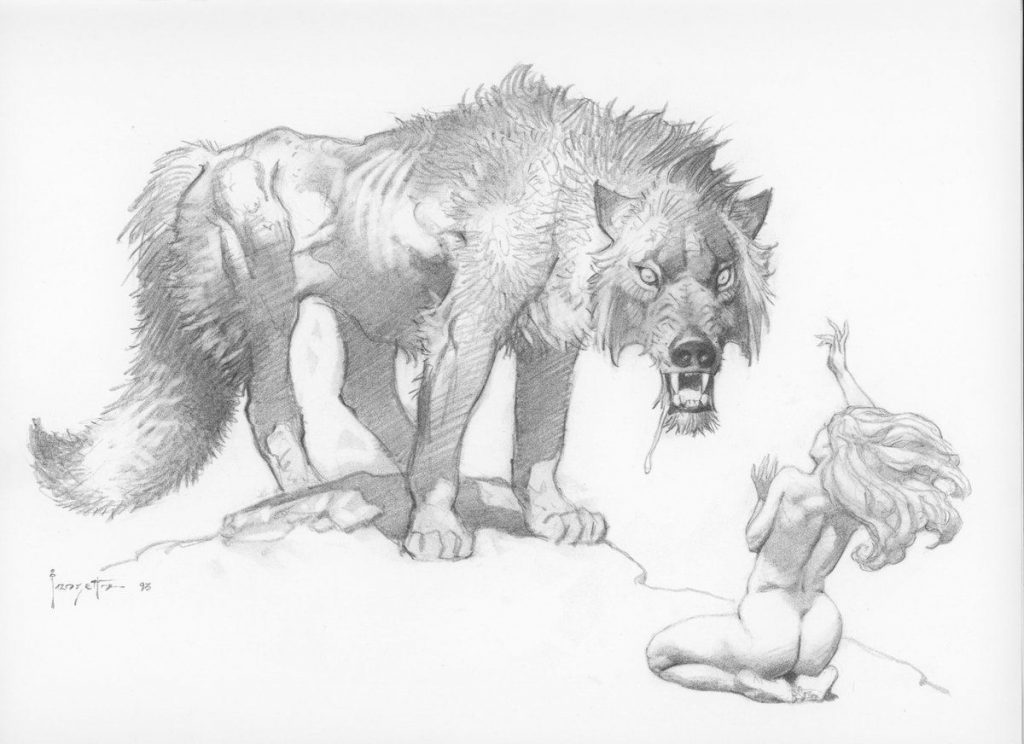 Previous Post: « Working The Trapline — Trappers And Trouble
Next Post: On The Trail Of An Elephant Hunter — More on Johannes Lodewickus Lee »