Due to a variety of logistical considerations, I had to pick Marilyn up at work in Bend on Monday evening — when I was supposed to be recording and uploading the first episode of the Frederick Russell Burnham podcast series (that’ll happen Wednesday, come hell or high water).  The unplanned trip gave me the opportunity to stop by the Bend Barnes & Noble. I don’t shop there — I am faithful to my indie, Paulina Springs Books, except for the occasional Muzzleloader or Sporting Classics magazine raid. But I do like to stalk the shelves. So there I was, walking from the history section over to the mystery & thriller section, right past the fantasy gaming section. My eye was caught by a thick, rich, colorful tome that is, apparently, the bible for a hot new role-playing game: 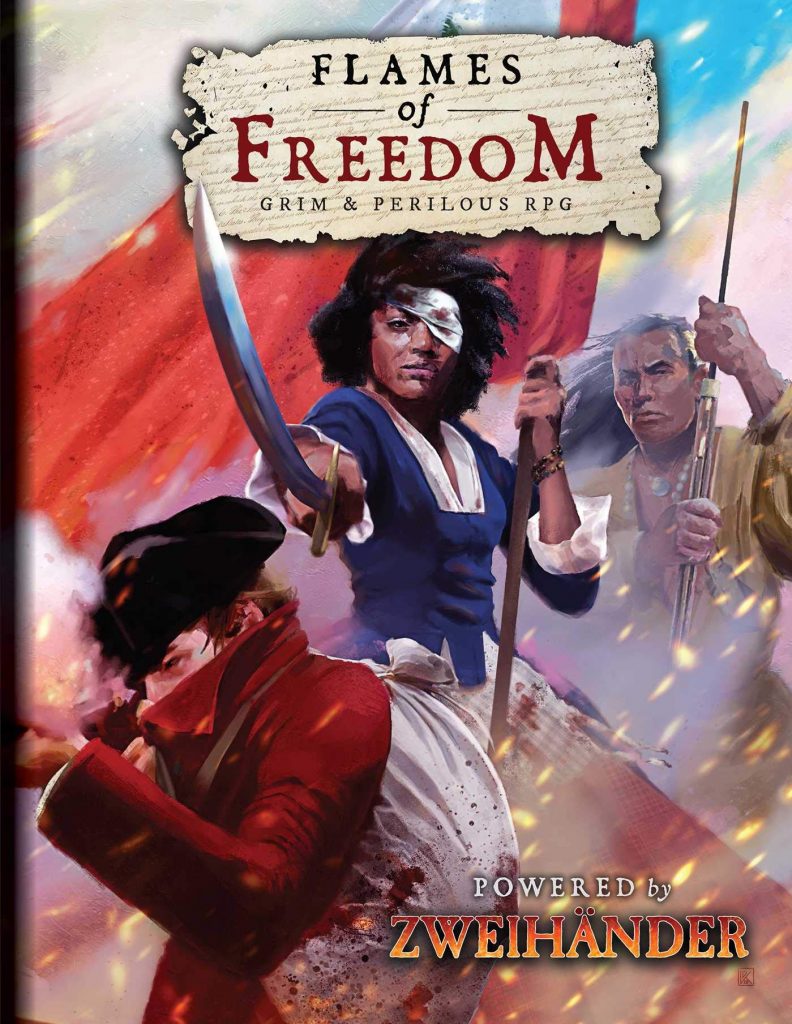 It is the dawn of the American Revolutionary War of 1776. A tangled web of conspiracy spans North America. In the war for survival, it does not matter what your creed, color, culture, or gender is — all stand together. But as the Revolution has begun, something far more mysterious stirs. Agents of the occult entreat both the Continental Army and Red Coats. Freemasons conspire in the City of Brotherly Love. Maryland is in the throes of a witch hunt by the Knights Templar.
Reports of witches have been seen in the Great Dismal Swamp. Indigenous sachem say that devils walk among the living. Flesh-gobbling ghouls have been tunneling beneath Boston. The Pine Barrens of New Jersey are haunted by what the locals call the “Leeds Devil.”
In this game, most people have either chosen to deny the supernatural or rationalize it away. A rare few accept it for what it is and act. You are among those heroes, and are destined for greatness . . . or death.
This American Gothic horror game includes most of what you need to play: a player’s handbook, a game master’s guide, a bestiary and an introductory adventure with a sandbox campaign set in and around Boston. All that’s left are a few friends, pencils, and a handful of dice.
Welcome to FLAMES OF FREEDOM, where your grim & perilous tale hangs in the balance!

I don’t “game,” although I did play table-top war games in junior high school, and indulged in epic bouts of Diplomacy in high school. Nevertheless, I recognize gaming as an increasingly important mode of storytelling, and I like to think that games like this are a gateway drug for young people to discover the riches of history.

And… apparently “Colonial Gothic” is a thing. Which also pleases me. Colonial America was a deeply weird place (as is contemporary America, for that matter). There was all manner of what we think of as folk superstition, including a bestiary of cryptid critters. Why not have some fun with that in a storytelling mode? 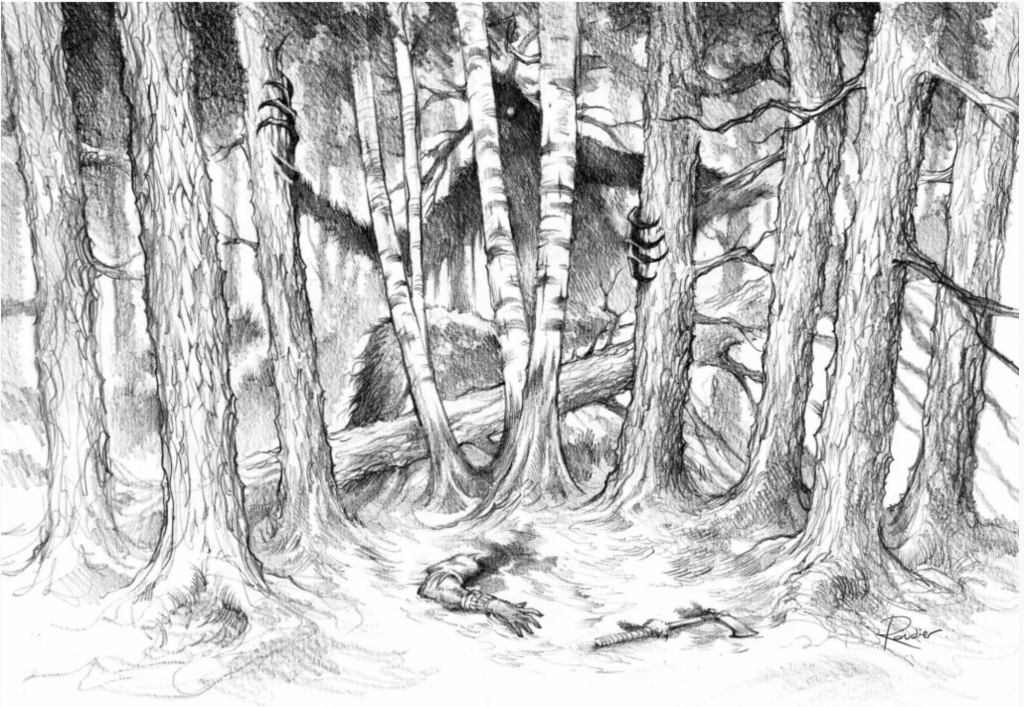 As one might expect, there is a heavy emphasis on “diversity” in the game literature, which is appropriate — Colonial America was, after all, much more ethnically, economically, and culturally diverse than the pap we’re usually served in school would have us believe. Hell, the people we think of as generically “white” were actually wildly diverse in language, culture and faith all by themselves. I’m all for foregrounding this diversity, but there is a cloying element of “wokeism” in the language of Flames of Freedom, which may just be inescapable right now. It is my hope that the pendulum will settle out to where we can foreground diversity and undersung perspectives in an organic way, without fetishizing them. Y’know, like borderlands scholars have been doing for about 30 years now… 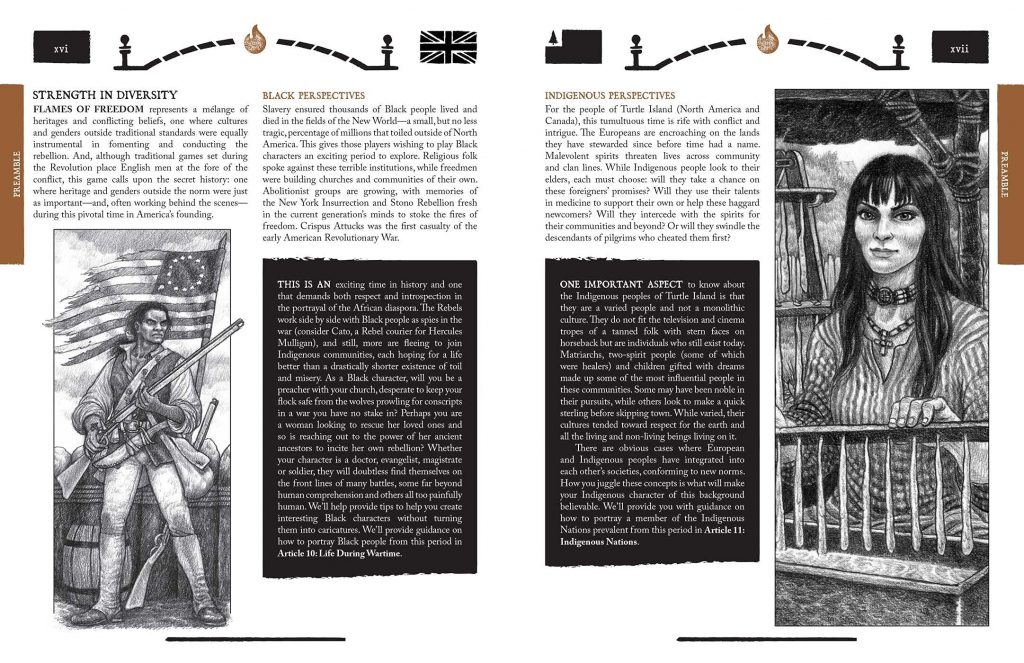 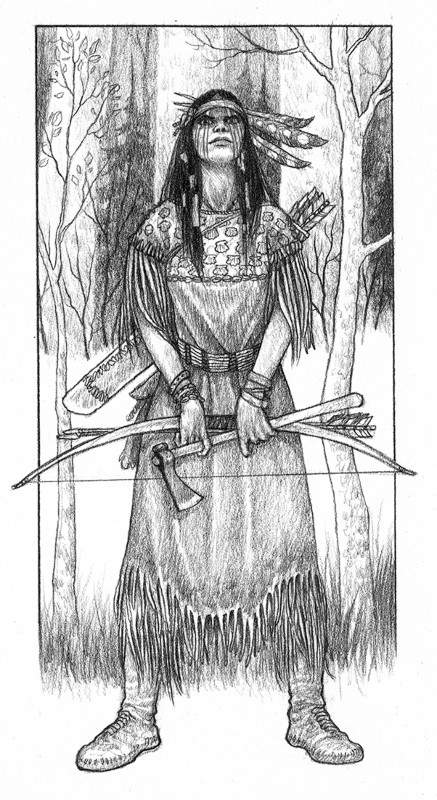 I do like the way the folkloric, “gothic” vibe has found its way back into frontier storytelling. It belongs there, and there’s always been an element of frontier yarning that has operated in the fantastical or near-fantastical realm. As Quixotic Mainer pointed out on an earlier post, that includes genre stalwarts like Louis L’Amour. The landscape of wilderness cries out for it.

A few months back I wrote a piece for DMR Books on Bertram Mitford’s 1891 book The Weird of Deadly Hollow, which, I note, pulls off a neat trick:

He both debunks and reinforces the supernatural “explanation” for events at Mooredenaar’s Hoek. Is the haunting of Mooredenaar’s Hoek “real” or a psychological phenomenon of isolation and a memory of terrible events? Does the distinction matter? And if terrible things continue to occur in a place even without supernatural agency, does that render the blood curse (itself a supernatural concept) real?

And then there’s that spectral leopard…

So, here’s to Colonial Gothic, Frontier Gothic, the wild and the weird…

And keep your eye on the skyline — I will have some news from this front in the new year. 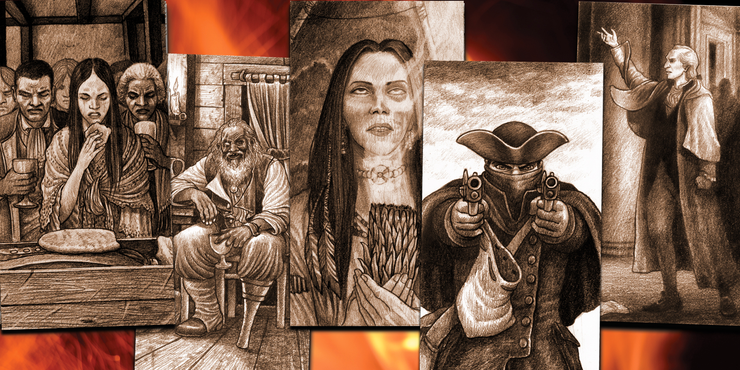 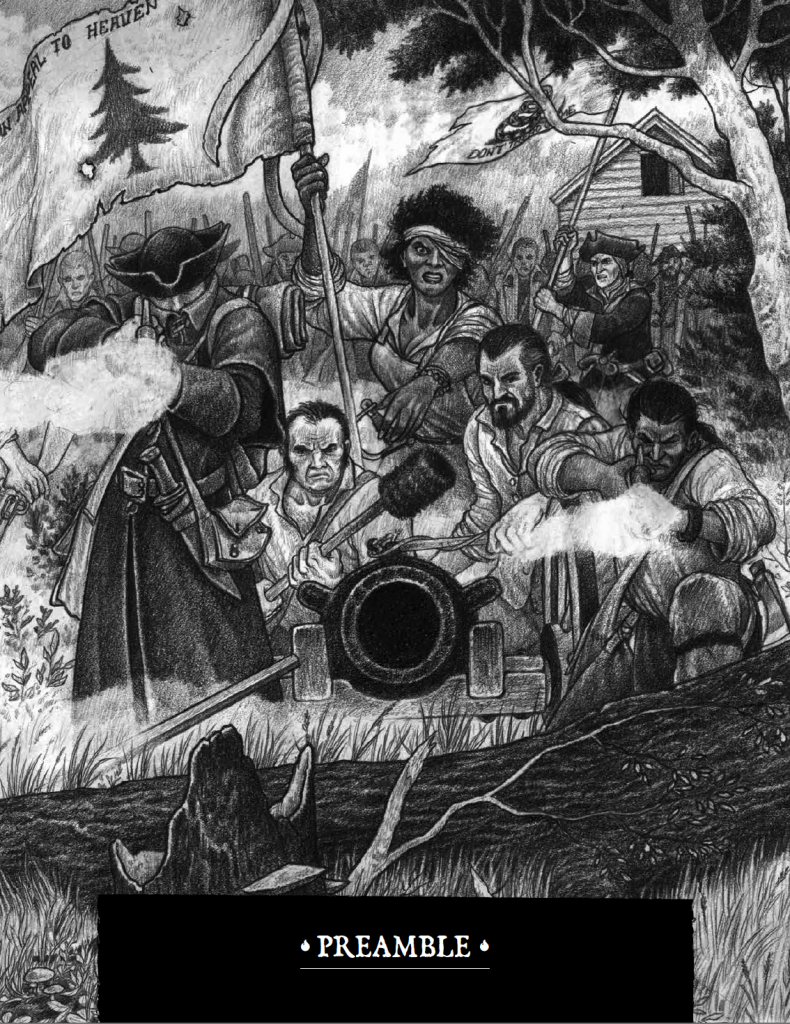