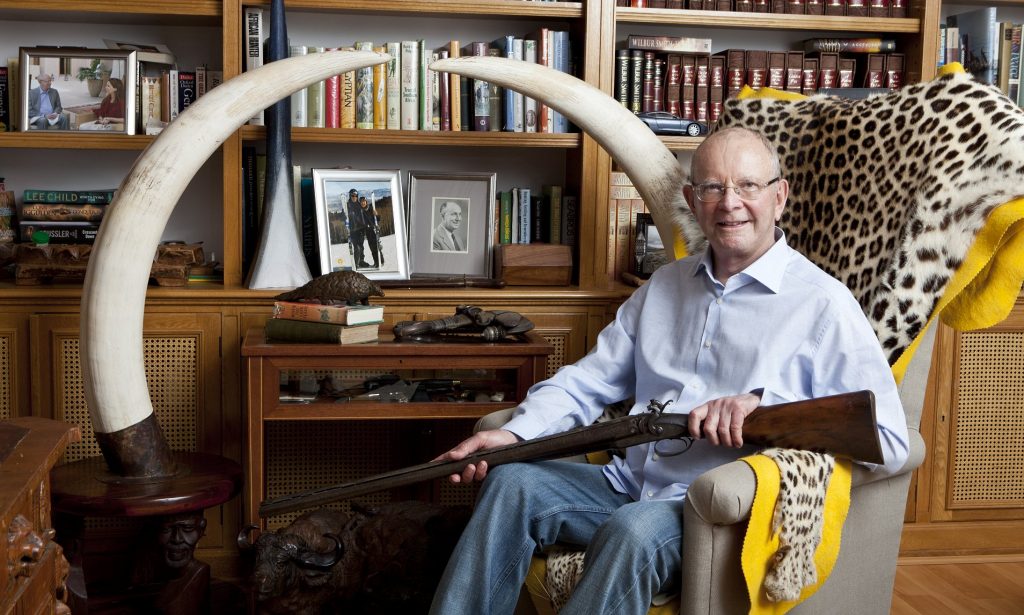 Wilbur Smith has died at 88.

The bestselling chronicler of African adventure had an immense impact on me as I was discovering the Southern Africa frontier. I found his Ballantyne novels that evoked the conquest of Rhodesia (now Zimbabwe) not long after I first read of Frederick Russell Burnham, and I devoured them like a big, thick, juicy steak. Back in 2015 I wrote an assessment of his work, which I think is pretty accurate:

Wilbur Smith is billed as an adventure writer, which he is. But really, he’s a writer of Romance. I say that not in a pejorative sense, but in the old-fashioned sense. He writes tales of intrepid men testing themselves against Africa and in conflict with their often-savage fellow man. There’s a great sweep of history to these tales. Smith’s heroes are classic alpha males — virile, handsome, skilled at arms and successful in business. They are not saints, but their negative qualities — avarice, unscrupulous business practices, lust, occasionally bastardly behavior — are often written in a manner that turns them into a kind of virtue. As in, you know you want to be bad like that…

These heroes are not constructs for Smith — they obviously embody his values. A lengthy story in the London Telegraph gives a pretty good glimpse of his character, which is very much in line with his Courtney men, from the drive for financial success to the high libido.

Smith’s women are either tempestuous, strong-willed beauties (to be tamed only by a Wilbur Smith alpha male, of course…) or corrupt. His attitudes toward race are paternalistic. The British-descended alpha male hero usually has a black warrior sidekick who is wise, loyal — and totally secondary. Basically… Tonto. Smith’s Africa is the white man’s Africa, the Africa of the hunter, trader, pioneer, empire builder. The Africa of Selous and Burnham and P.J. Pretorius (whose exploits he hijacked for “Shout At The Devil”). That Africa is gone, but it was real in its day and Smith is an able and certainly entertaining chronicler of its heroic, mythic tales.

The International Business Times has a good obituary.

Hunter, writer, lover of women and of adventure. I raise a glass to the Old Lion, off on the last trail.