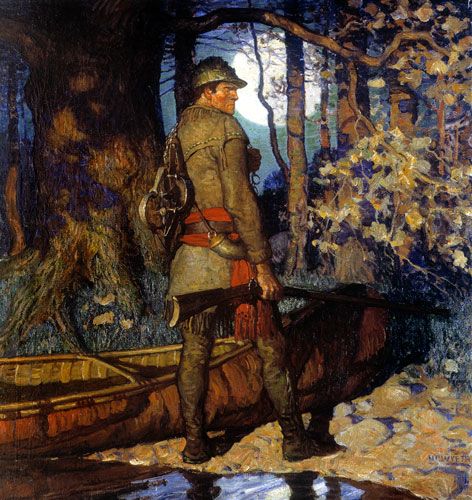 NC Wyeth’s illustrations have fired the imagination of countless multitudes of boys — and probably not a few girls, too.

A few days ago, Central Oregon Daily — a local TV news outlet of quality ( a rare beast) ran a feature on my friend and Frontier Partisans contributor Greg Walker. It’s part of a a series titled War Stories by another friend, the talented journalist/photographer/videographer Cody Rheault.

Note that Greg cites his youthful fascination with knights in shining armor as an influence that bent the twig and led him to wear the Green Beret.

Re-reading Frederick Russell Burnham’s biography and his memoir Scouting On Two Continents in preparation for the next podcast, I was struck by how much he was influenced by books that fired his imagination. He filled his head with stories, then sought to act them out — first in youthful play, then for real. That tracks with Frederick Courteney Selous and WDM Bell, both great African hunters who fed their dreams of adventure with the writings of African hunters who had gone before. Dime novels and pulp fiction have stoked the spirit of adventure for generations. It’s not just a phenomenon of the literate, either. Kit Carson was so fired up by tales of the Mountain Men and traders that visited the saddlery where he was drearily apprenticed that he up and ran off down the Santa Fe Trail and into legend.

This is the Way of Men. I have always believed that, generally speaking, men are the real romantics of the world — women seem to me to be much more practical. That’s certainly the balance in my household, and I’m a better man for it. Don’t misunderstand me: I know plenty of women with a taste and an aptitude for adventure, and Ceili certainly has the spirit. But it seems that men are usually the ones who are besotted by it. Imagination has sent eons of generations off into the blue to test themselves and to simply see what’s on the other side of the ridge.

The romantic view of a life of action, hardship and adventure ends up being tempered by harsh reality — as Greg’s was to his personal cost. As he notes, he was diagnosed with chronic combat-induced PTSD. Those who have not gone to war still find our romantic notions battered. What backcountry rambler has not experienced miserable weather, assaults of battalions of midges or mosquitos, injury, the joys of troubled bowels miles from a toilet. What adventure on the salt has not been challenged by seasickness, by a soaking in your bunk from a leaky porthole, by hands cut, chapped and covered in fish slime?

One of my favorite dissections of this phenomenon is Ian Tyson’s song I Outgrew The Wagon:

I outgrew the wagon and boy let me tell you why.
Your tipi’s like an oven at times and your bed ain’t never dry.
It was nearly mid-November ’fore the work was finally through
And at 15 below zero, you’d outgrow the wagon too.

And yet, of course, we keep coming back for more. If we’re doing it right, we “embrace the suck,” and the hardships and mishaps become part of our Story. Because the exaltations of adventure outweigh the pains, perils and discomforts by exponential factors. The power of imagination can override mundane governors on our behavior, including good sense. And that’s a good thing. I reckon we’d never have made it as a species without it.

Speaking of Story — we now have our first real look at what Y: 1883 is going to look like.

Frank Frazetta is one of the all-time greatest artists of the imagination — a generation-shaping powerhouse. This one’s new to me and, of course, I dig it. Hat tip to the Facebook Group The Life and Art of Frank Frazetta. 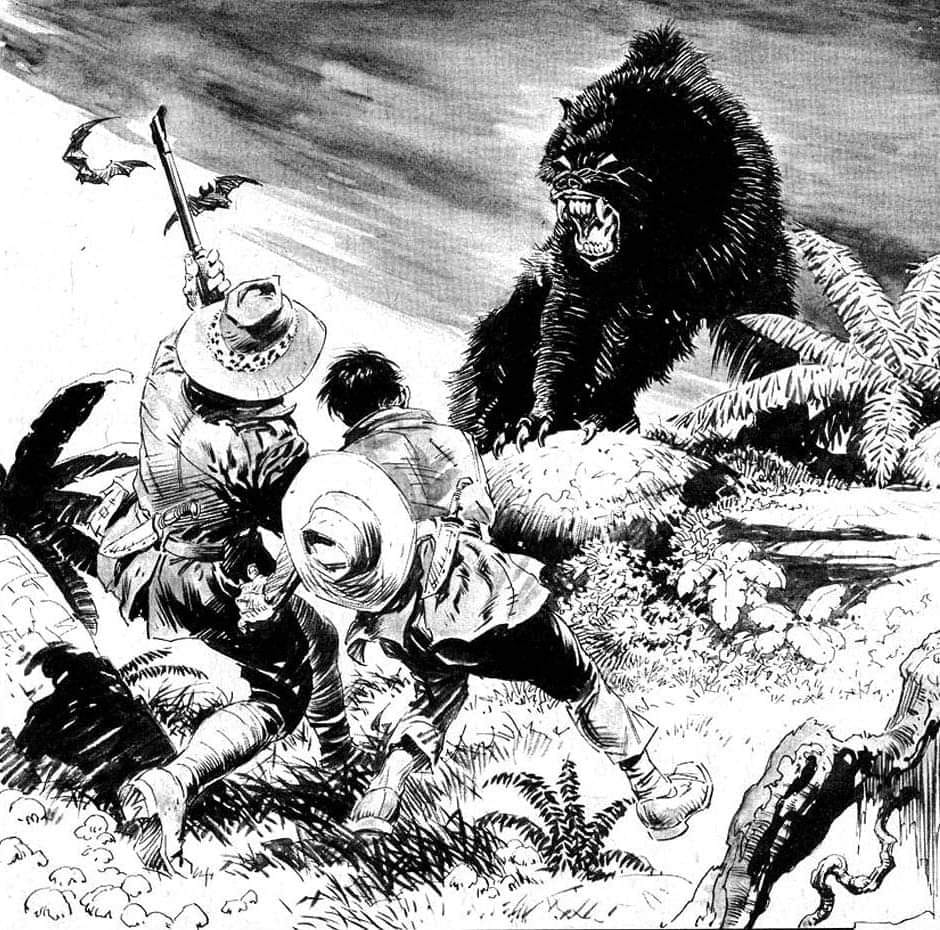