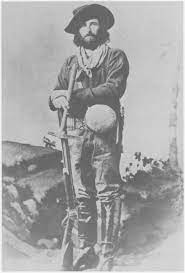 Another bit of backtrail scouting, inspired by trekking with prospector and scout Frederick Russell Burnham, in preparation for the next podcast. You see, the young Burnham spent some time in the legendary silver boomtown of Tombstone, Arizona….

When I was a young man living in the frontier boomtown of Los Angeles, I haunted what was then known as the Gene Autry Western Heritage Museum, now The Autry Museum of the American West. I saw some wonderful special art exhibits there, including a display of John Clymer’s massive depictions of Mountain Man life, which were so compelling that I wanted to simply walk into them. I climbed Mount Baldy and trekked across the mountains to Wrightwood in an epic 20+ one-day shot, saw the Clymer exhibit and met my future wife, Marilyn all in one week; some of the finest days of my life.

Though I went to a whole bunch of special exhibits, I never failed to tour the remarkable permanent firearms collection started by the old singing cowboy. And I’d have to say that my favorite amongst the many storied arms — that included such as John Wesley Hardin’s .41 Thunderer — was a mighty beast of a rifle owned by Ed Schieffelin, the founder of Tombstone.

Shieffelin’s rifle, with which he was often photographed after he found riches and fame, carries the thickest octagon barrel I’ve ever seen on a rifle. The behemoth was a 19-pound, 13-ounce Model 1874 Sporting Rifle in .45-110 chambering. It was originally sold to N. Curry & Co. of San Francisco on August 27, 1878, and purchased by Schieffelin, the avatar of all Western prospectors.

Imposing, eh? That rifle is medicine enough for any critter on the North American continent, but imagine lugging it through deserts hot and mountains cold as you travel the Indian country (hat tip to Dave Alvin). My friend Craig Rullman runs a tactical operations bolt gun that feels like a barbell at 14 pounds. She’s not necessarily what you’d choose for ridgerunning, but boy does she shoot…

As you can see, the Schlieffen rifle was very well cared for; it remains in excellent shape. 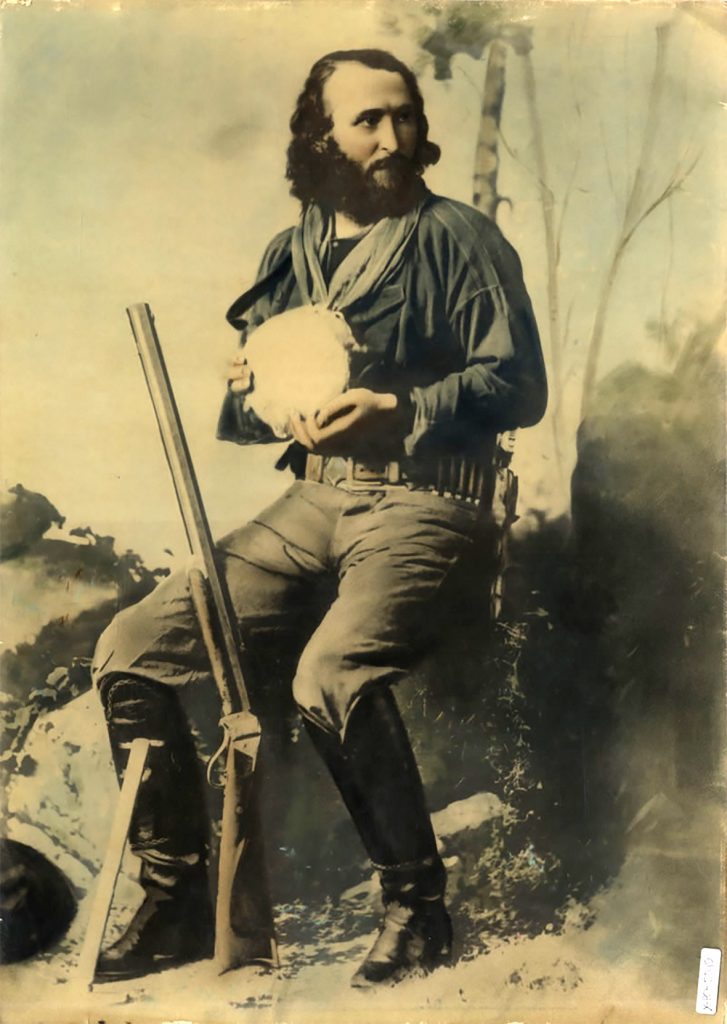 Schlieffen was the prospector’s prospector. He was 29 in 1876, when he ventured to Southeast Arizona, the most dangerous frontier in North America. He had a full decade of nothing but failure behind him, from Oregon to Idaho, California, to Nevada, to Ne Mexico, and now Arizona.

He looked like a creature from a Cormac McCarthy novel, looming up out of the desert like an apparition, as recorded by one David P. Lansing of Phoenix, Arizona:

Schieffelin was “about the strangest specimen of human flesh I ever saw. He was 6 feet 2 inches tall and had black hair that hung several inches below his shoulder and a beard that had not been trimmed or combed for so long a time that it was a mass of unkempt knots and mats. He wore clothing pieced and patched from deerskins, corduroy and flannel, and his hat was originally a slouch hat that had been pieced with rabbit skin until very little of the original felt remained.”

Schleiffen wasn’t simply poking around in the desert. He had, as yet, failed to find his treasure, but he had a very good practical understanding of geology and knew what he was doing. He had determined to quit chasing other men’s rumors and trust his own knowledge and instinct — which were pointing him into very dangerous territory. When he struck out into the heart of Apacheria in 1877, people — including the scout Al Sieber — told him he’d find nothing but his tombstone. So, when he found the richest shelf of silver in the territory, he naturally named his strike Tombstone. His stake in what became several highly productive mines ultimately netted him and his brother Al $600,000+, the equivalent of something between $10 million and $20 million in 2021 dollars. He was a very rich and famous man. And he could afford a pretty swanky rifle with a fine, nicely figured walnut stock.

Ever restless, he left Tombstone around 1881 or so. Despite marrying a woman named Mary Brown and building her a mansion in Alameda on the east shore of the San Francisco Bay, he just couldn’t quit prospecting. It was never about getting rich for Ed Schieffelin; it was always about the hunt, making the strike. The rest of it was civilized and boring. The prospector said so himself:

“I never wanted to be rich, I just wanted to get close to the earth and see mother nature’s gold.”

Prospecting — really treasure hunting — was akin to an addiction for Schieffelin, and for Burnham, too, and for plenty of others across the West.

Schieffelin died in a miner’s cabin in southern Oregon in the year of 1897, at the age of 50, possibly of a heart attack, maybe from exposure to mining chemicals. He had left explicit wishes in  his will for a burial that honored his life’s passion:

“It is my wish, if convenient, to be buried in the dress of a prospector, my old pick and canteen with me, on top of the granite hills, about three miles westerly from the City of Tombstone, Arizona, and that a monument, such as prospectors build when locating a mining claim, be built over my grave.”

That mighty Sharps Rifle was not laid in the grave with him. It stands in a glass case in The Autry, to fire the imagination of some other young Frontier Partisan in LA…

Previous Post: « A Tip o’ The Hat To Jack Lott
Next Post: Working The Trapline — All Over The Map »