“I hope the Substance of what is Written will be enough to satisfy all Rational Persons, that Gloucester was not Alarmed last Summer for above a Fortnight together by real French and Indians, but that the Devil and his Agents were the cause of all the Molestation which at this time befell the Town…” 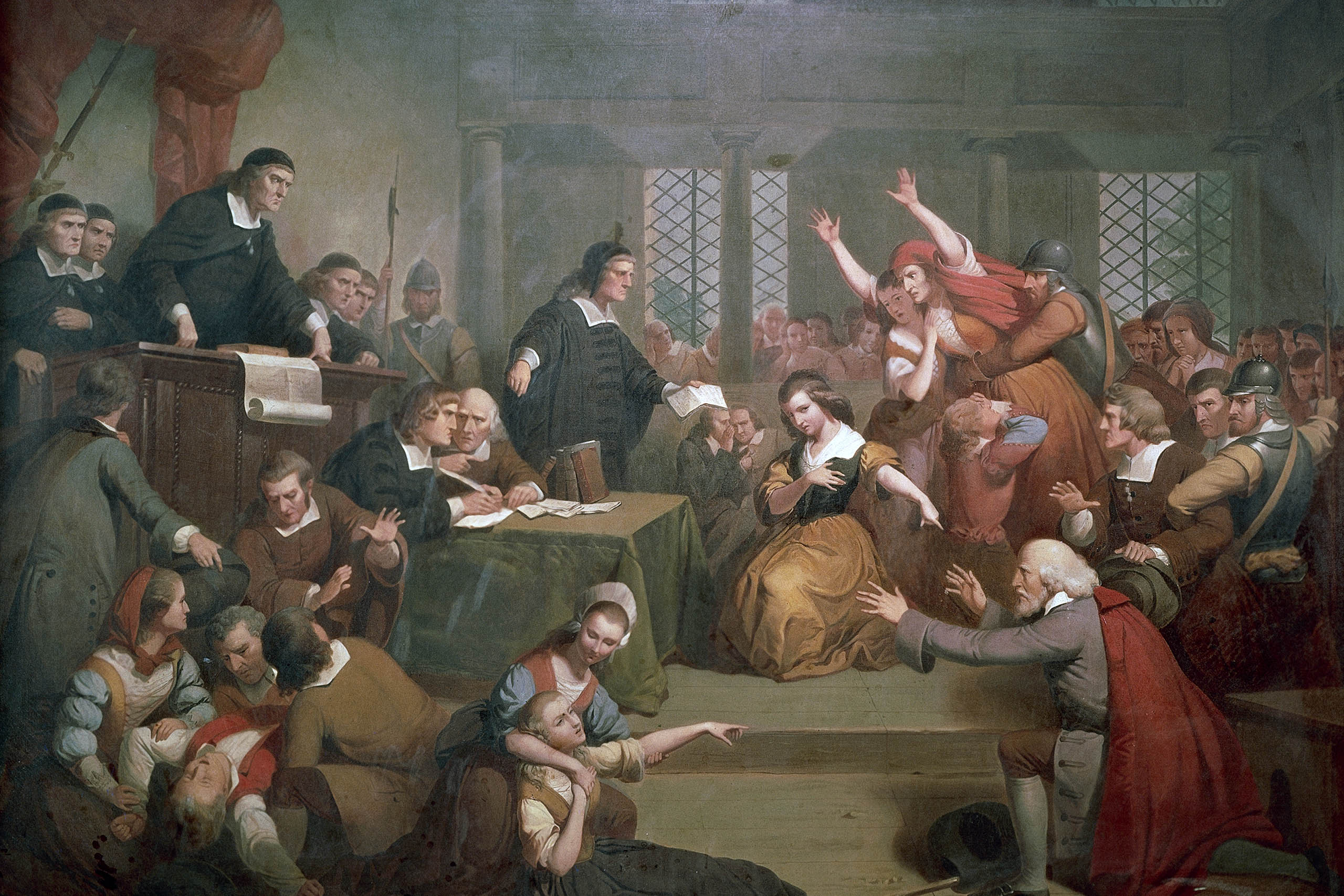 “One does not simply DRIVE into Salem in October.”

The Salem Witch Trials that roiled the Massachusetts Bay Colony in 1692 and led to the deaths of 20 innocent persons — 19 by hanging, one by pressing to death with stones — continue to fascinate the world. Interest in the trials turns that storied Massachusetts town into a powerful — and campy — tourist magnet during the Halloween season. But the grand delusion that swept Salem and other parts of the colony more than 300 years ago is nothing to make light of: The trials and executions of the accused witches were a grotesque miscarriage of justice, a vivid and gruesome example of what can happen when whole communities succumb to hysteria and wield the power and authority of legal institutions to assail those perceived as threats to body and soul.

Over the centuries, a variety of theories have been propounded to account for the strange episode, from the delusions that are symptoms of ergot poisoning to the severe weather of the Little Ice Age, from the temperament of flighty, attention-seeking teenagers to internal politics, land disputes and factionalism within the Salem community.

One element that most scholars agree upon was that there was significant impact from trauma from a series of truly savage Indian wars.

In 1675-76, the Plymouth and Massachusetts Bay colonies, along with Rhode Island and Connecticut, endured what remains per capita the most destructive war in North American history. A dozen English colonial settlements were destroyed and hundreds of English settlers were killed in what became known as King Philip’s War. Metacomet — known as “King Philip” to the English — was a Wampanoag who led a coalition of aggrieved Wampanoag, Narragansett, Nipmuck, and Pocumtuck into war with settlers who were persistently encroaching on native lands. These were not alien peoples; they were neighbors. Metacomet was the son of Massasoit, who famously helped the Pilgrims of Plymouth Colony survive. Historian Eric B. Schultz writes:

“It’s startling to see how quickly two peoples, having lived side by side for a half century, could become consumed so quickly and completely with an intense hatred for each other.”

Metacomet was killed in the fighting, hunted down by colonial rangers and their Indian allies. Thousands of Metacomet’s people were also slain, and many survivors were sold into slavery in the West Indies, in itself a death sentence. 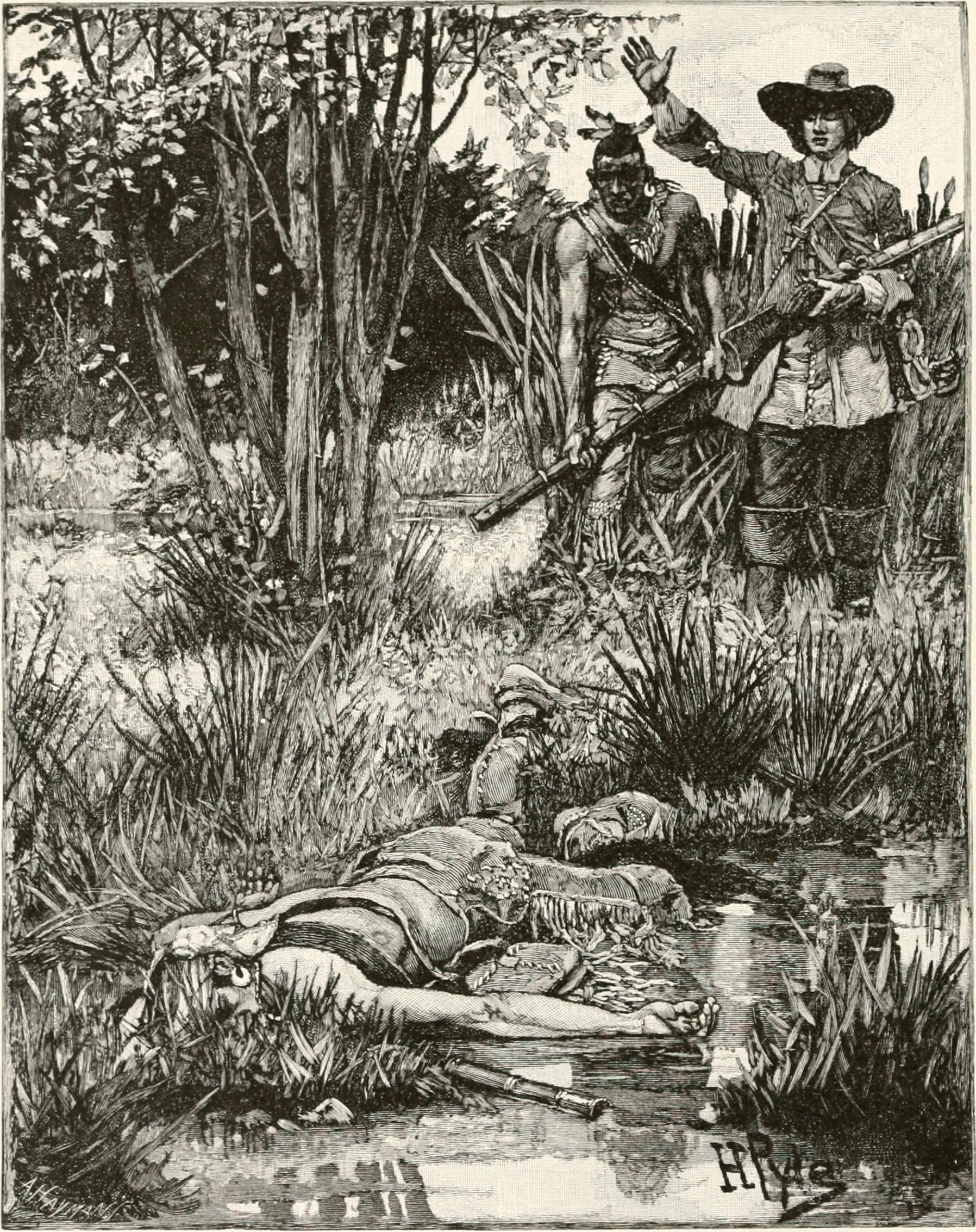 The conflict was abysmally savage and personal. The carnage was extreme. Colonists and Indians alike were cut down in their own homes and villages — men, women and children. For the Puritans, who came to North America with a mindset that already perceived the forest as a demon-haunted menace, the war made real their deepest anxieties. Virtually everybody in Massachusetts in 1692 knew someone who had lost loved ones and/or been displaced in the terrible conflict of 1675-76.

The war was even more profoundly destructive and traumatic for the Wampanoag and Narragansett, who were virtually destroyed.

In 1692, when the Salem witchcraft “outbreak” occurred, New England was embroiled in another war with the Indians, this time involving French allies. King William’s War — fought over control of the fur trade and other imperial concerns — raged along Massachusetts’ northern frontier, and Salem and other towns were rife with tales of slaughter and alert for attack.

Culturally inclined toward supernatural explanations for all sorts of phenomena, the Puritans instinctively saw the hand of the devil in the violence that constantly threatened to erupt from the forest.

Professor Emerson W. Baker notes that some of Salem’s teenaged girls, who made the initial accusations seem to have been afflicted with frightening psychological symptoms.

“…Abigail Hobbs, Mercy Lewis, Susannah Sheldon and Sarah Churchwell, were all war refugees who had previously lived in Maine and had been personally affected by the war to the point where some of them may have been experiencing post-traumatic stress syndrome.”

It is significant that the first woman accused of tormenting the girls through witchcraft was an enslaved Native American woman (possibly Carib from South America) named Tituba.

The witch hysteria was not the only symptom of individual and communal PTSD.

Right in the middle of the Salem events, the community of Gloucester, Massachusetts was “invaded” by a “spectral company” of French and Indians. The garrison reported the appearance of the spectral threat — by their own report not real — coming out of swamps and cornfields, and insisted that they were some supernatural manifestation of minions of the devil.

Rife with unprocessed trauma from a terrible conflict, fearful and anxious that their bodies and immortal souls were currently in peril from constantly looming threats, the Puritans of Massachusetts succumbed to what became a legendary episode of mass hysteria. It is one of the grimmest cautionary tales served up by America’s rich, splendid, yet often dark history.

A note in the margin:

Yesterday, Captain McNamee shared a story that is directly connected to this fraught history. From The Public’s Radio:

On Saturday morning, a small group of Narragansett Indian Tribe members gathered deep in the woods of South Kingstown at a monument commemorating what’s believed to be the site of the “Great Swamp Massacre.”

They lit three fires representing the past, present and future, and recognized the return of five acres of sacred land from the Rhode Island Historical Society.

Cassius Spears Jr., first councilman of the Narragansett Indian Tribe, recalled his experience coming to the site since childhood.

“Every time I’ve come up here, there’s been sorrow in my heart,” Spears said. “But today when I come here, this is the start where I can start feeling an opportunity for healing.”

The Great Swamp Massacre occurred during King Philip’s War in December of 1675, when about 1,000 English colonists attacked a Narragansett stronghold, killing an estimated 650 Indian men, women and children, and taking 300 more captive.

Previous Post: « Working The Trapline — Tuskless Elephants & Zero Risk
Next Post: On The Trail Of An Eccentric Elephant Hunter »