Partisans have been fighting wars on their own hook as long as there have been wars. The great Frontier Partisan ranger Simon Kenton is an example: While he was affiliated with the militia when it suited, he operated — alone or as the leader of the loosely organized Kenton’s Boys — on his own initiative in protecting the Kentucky settlements from incursions from across the Ohio River.

In the space of 15 minutes the other day, I stumbled across two examples of private warfare that look most intriguing.

I am greatly enamored of Eric Jay Dolin’s narrative histories. Fur, Fortune, and Empire: The Epic History of the Fur Trade in America is essential Frontier Partisans reading. Its maritime counterpart, Leviathan: The History of Whaling in America is also excellent, as is his Black Flags, Blue Waters: The Epic History of America’s Most Notorious Pirates. His books hit that sweet spot where they have real value as history — and are also just cracking reads. I am pleased to see Dolin’s next endeavor returns to the maritime frontier: 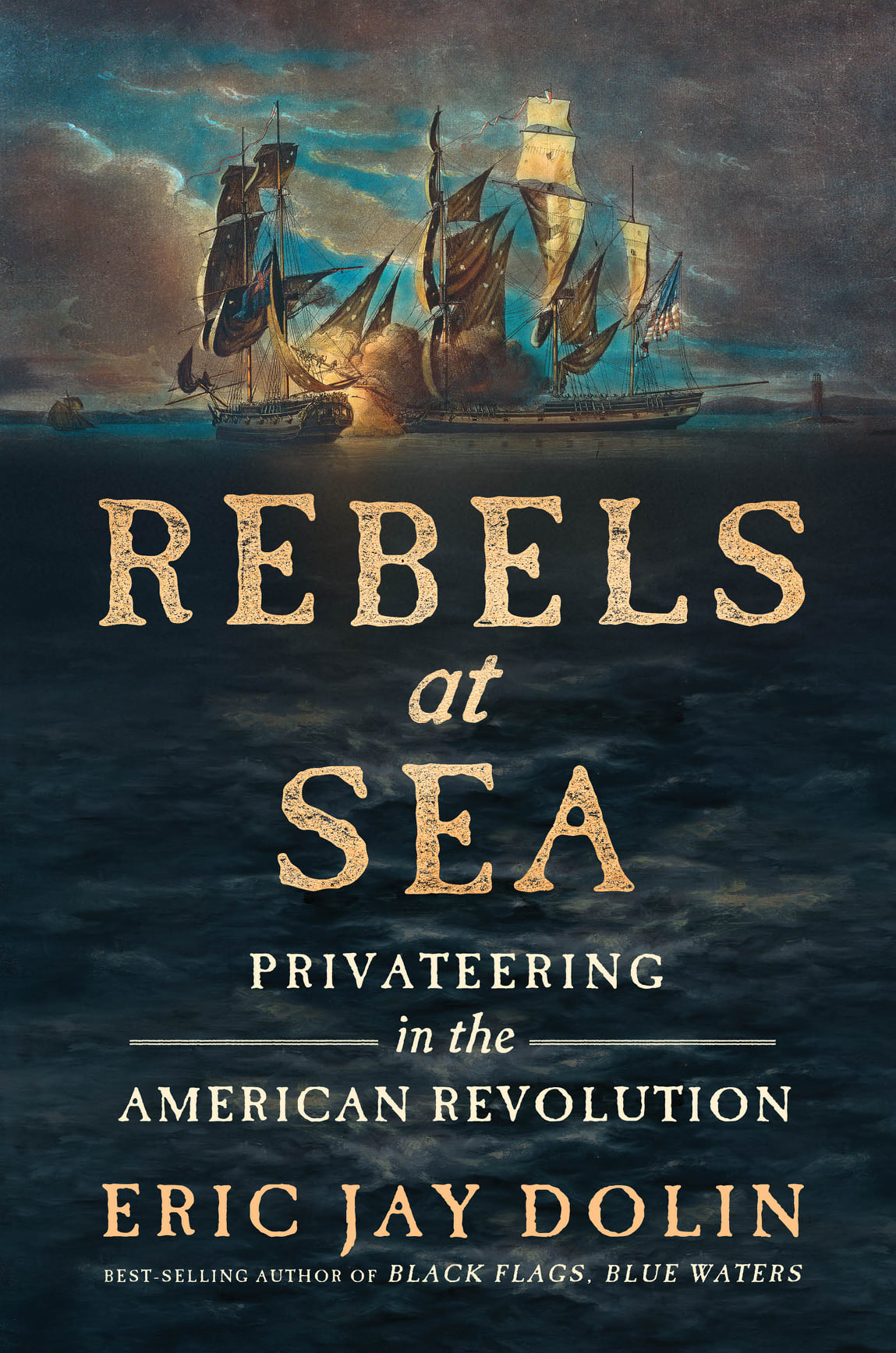 The best-selling author of Black Flags, Blue Waters reclaims the daring freelance sailors who proved essential to the winning of the Revolutionary War. The heroic story of the founding of the U.S. Navy during the Revolution has been told before, yet missing from most maritime histories of America’s first war is the ragtag fleet of private vessels, from 20-foot whaleboats to 40-cannon men-of-war, that truly revealed the new nation’s character―above all, its ambition and entrepreneurial ethos. In Rebels at Sea, best-selling historian Eric Jay Dolin corrects that significant omission, and contends that privateers, though often seen as profiteers at best and pirates at worst, were in fact critical to the Revolution’s outcome. Armed with cannons, swivel guns, muskets, and pikes―as well as government documents granting them the right to seize enemy ships―thousands of privateers tormented the British on the broad Atlantic and in bays and harbors on both sides of the ocean. Abounding with tales of daring maneuvers and deadly encounters, Rebels at Sea presents the American Revolution as we have rarely seen it before. 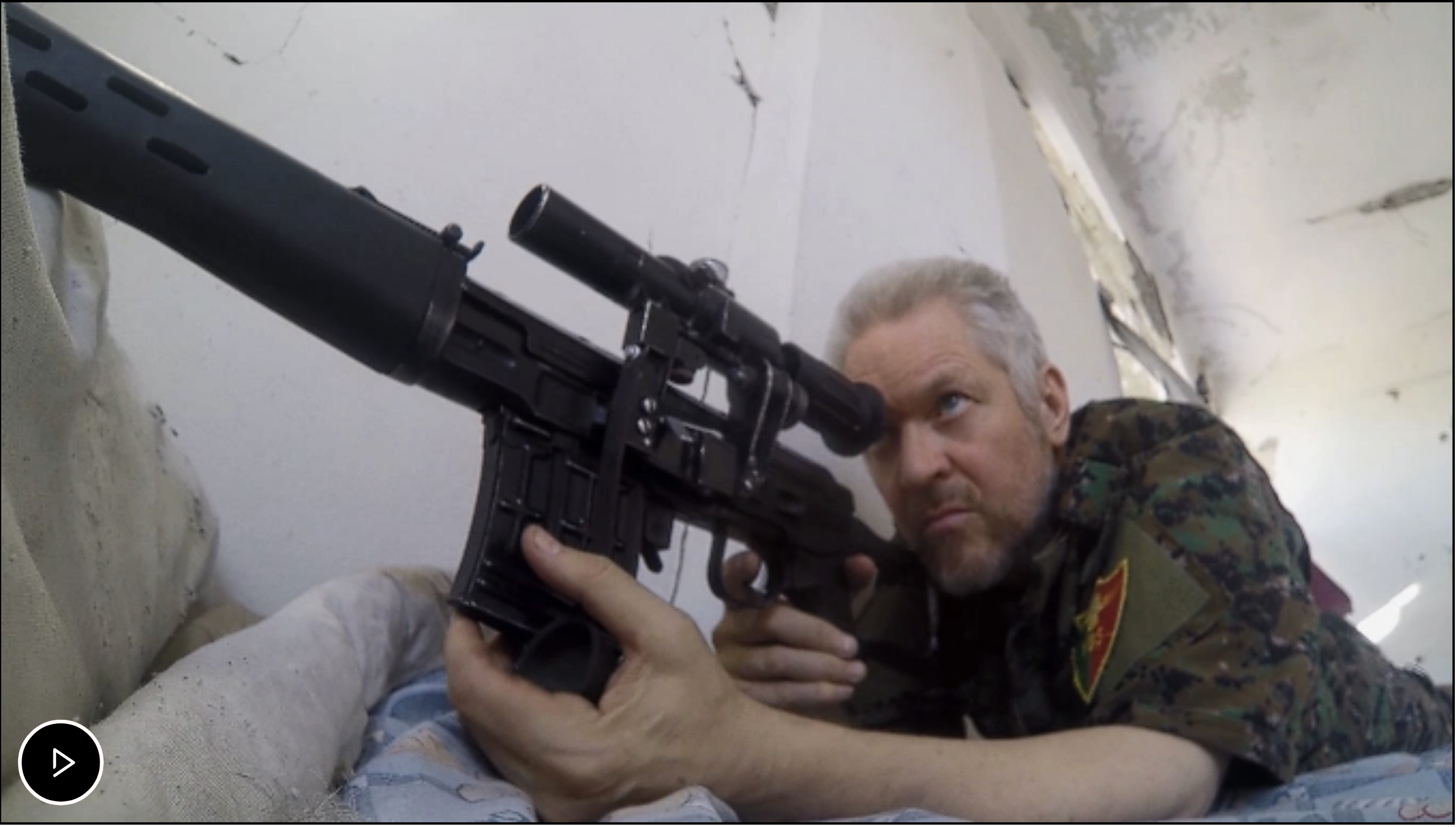 Loading up my usual morning dose of music, I was confronted with the new trailer for Heval. I was unaware of this story — and I was instantly fascinated. You know how much I respond to tales of “marginal men.” Here’s one in a very modern context:

When a British-born actor abandons his Hollywood career to volunteer to fight ISIS in Syria, many see him as a selfless hero battling America’s most insidious enemy. But others think he’s a hot-tempered narcissist, staging a publicity stunt to further his career — and when his service ends, neither the UK nor the US welcome him back. Through incisive interviews with the actor, his supporters, his detractors, and top-tier experts — and featuring the actor’s own jaw-dropping helmet-cam video of deadly battles with and interrogations of ISIS fighters — Heval gives viewers unprecedented access into a war against evil and one man’s controversial role in it.