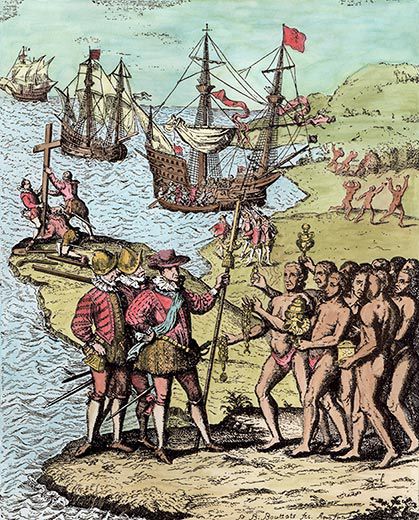 It’s Indigenous Peoples’ Day here in Oregon. The State of Oregon decided to go official on the rebranding of Columbus Day earlier this year.

I’m all for recognizing and celebrating indigenous cultures. I hope we actually do. Of course, if I had my way, every school kid in America would get years of immersion in “borderlands history.” Like that’s gonna happen…

I fear that this change is mostly just more culture war symbolism.

I know some of my Italian friends are a bit exercised at the “canceling” of Columbus. Myself, I’m not particularly invested in the dude. After all, my Norse ancestors got here first by half a millennium… 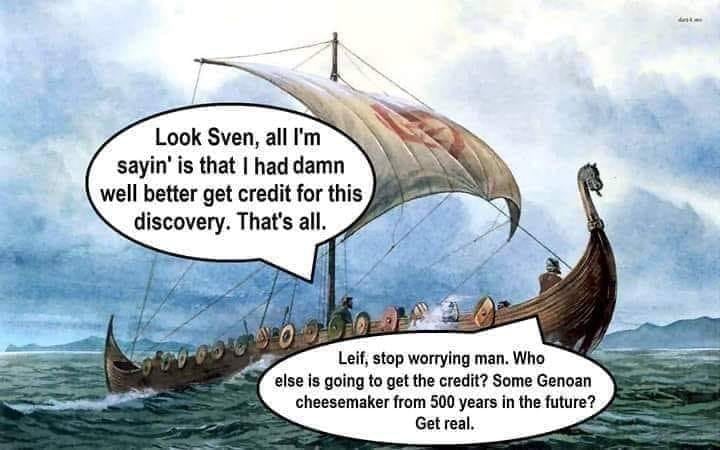 Hat tip to Rick Schwertfeger for this one.

I’ve started my reading for podcast prep for a series on Pontiac’s War. Delving into War Under Heaven by Gregory Evans Dowd. Man, it’s good — and especially good at seeing the conflict of the early 1760s through the eyes of the Ottawa and the Delaware, understanding how their cultural practices and cosmology informed their response to the loss of French alliance and the ascendancy of the British in the wake of their victory in the French and Indian War. This is one of those books that is not only an excellent resource — it’s a compelling read that I can’t wait to return to each night. 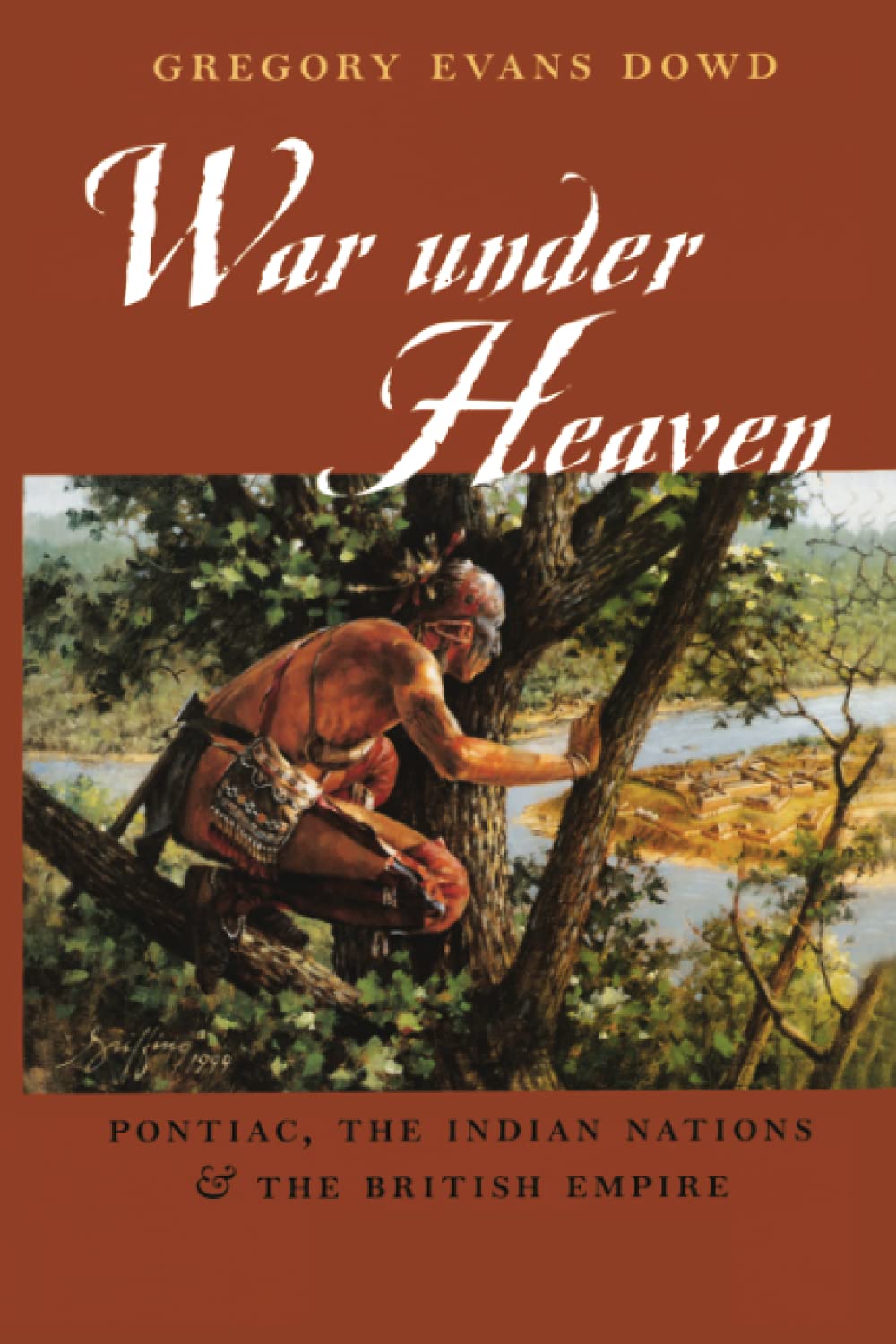 Sisters had its annual Harvest Faire last weekend. Crafts, art, food — the kind of market festival that hearkens back to Ye Olden Days. We even had a little wind and rain to add authenticity… 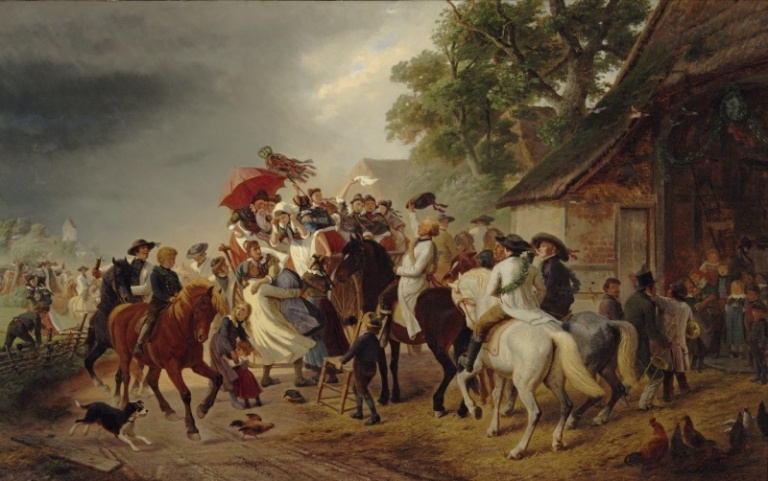 The Harvest Festival Before An Approaching Storm. By William Hahn.

In a strange inversion of the usual, we visited the knifemaker’s stall Drunken Marmot Forge) and Marilyn found herself with a bad case of knife lust. What’s the deal with that? She really likes the second knife from the right — hand-forged, self-handled Damascus. Pretty sweet, I have to say. 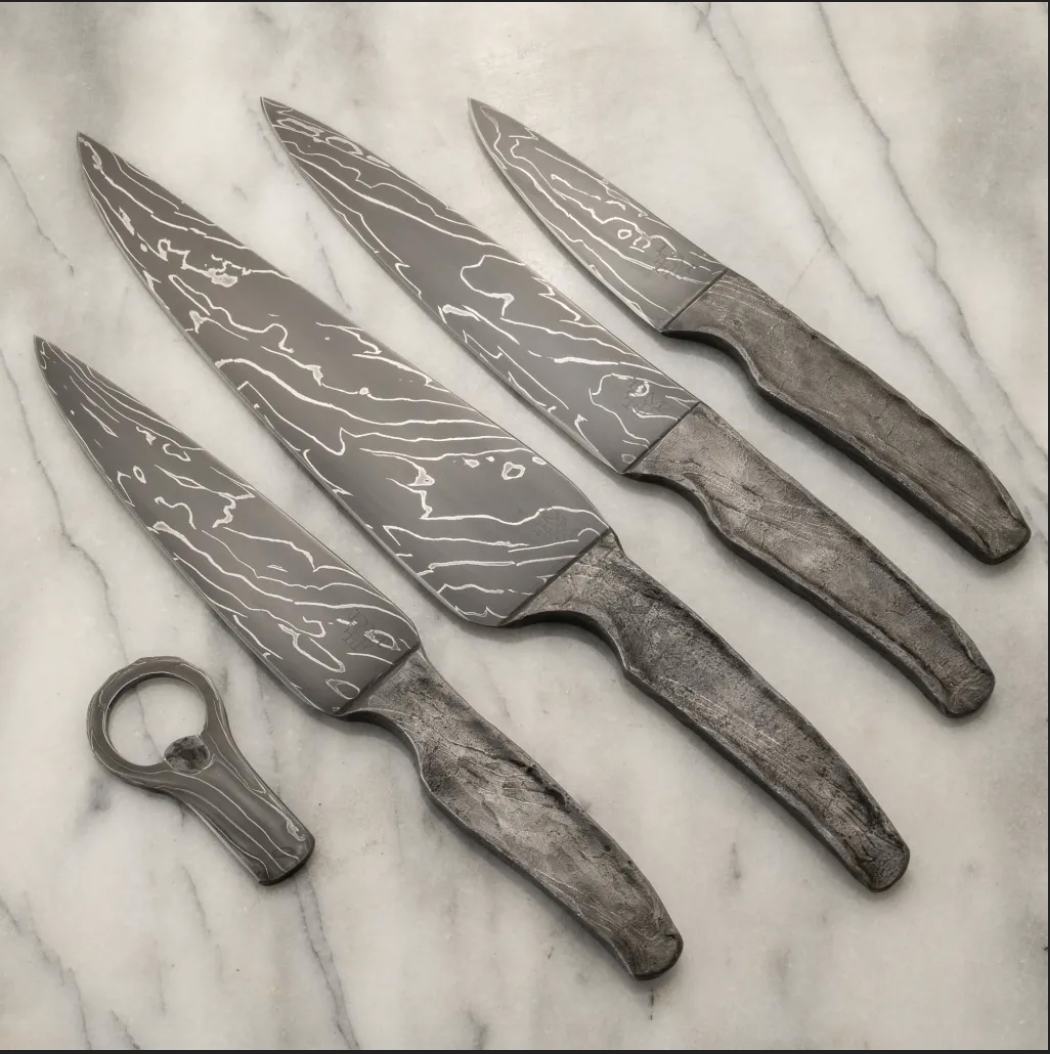 Methinks we need to have a talk with Badass Santa.

Hand-crafted pumpkin spice tea from Nil Organic Tea out of Scappoose, Oregon, is proof that God loves us and wants us to be happy…

As I moved through the fair, I ran into a fellow I’ve known for many years, who told me he had just picked up a new book about one of his ancestors. Turns out, he’s descended from one of the Callaway girls, who were captured by Indians along with Jemima Boone on the Kentucky River in July 1776. That’s all the excuse I needed to stroll over to Paulina Springs Books and pick up a copy of The Taking of Jemima Boone.

This, of course, only led to trouble, because I looked at the notes and found this: 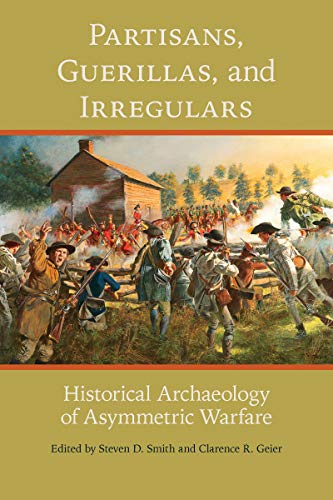 Uh-oh. A $50 book I’m gonna have to have. I mean, lookit this table of contents — a feast of Continuity & Persistence: 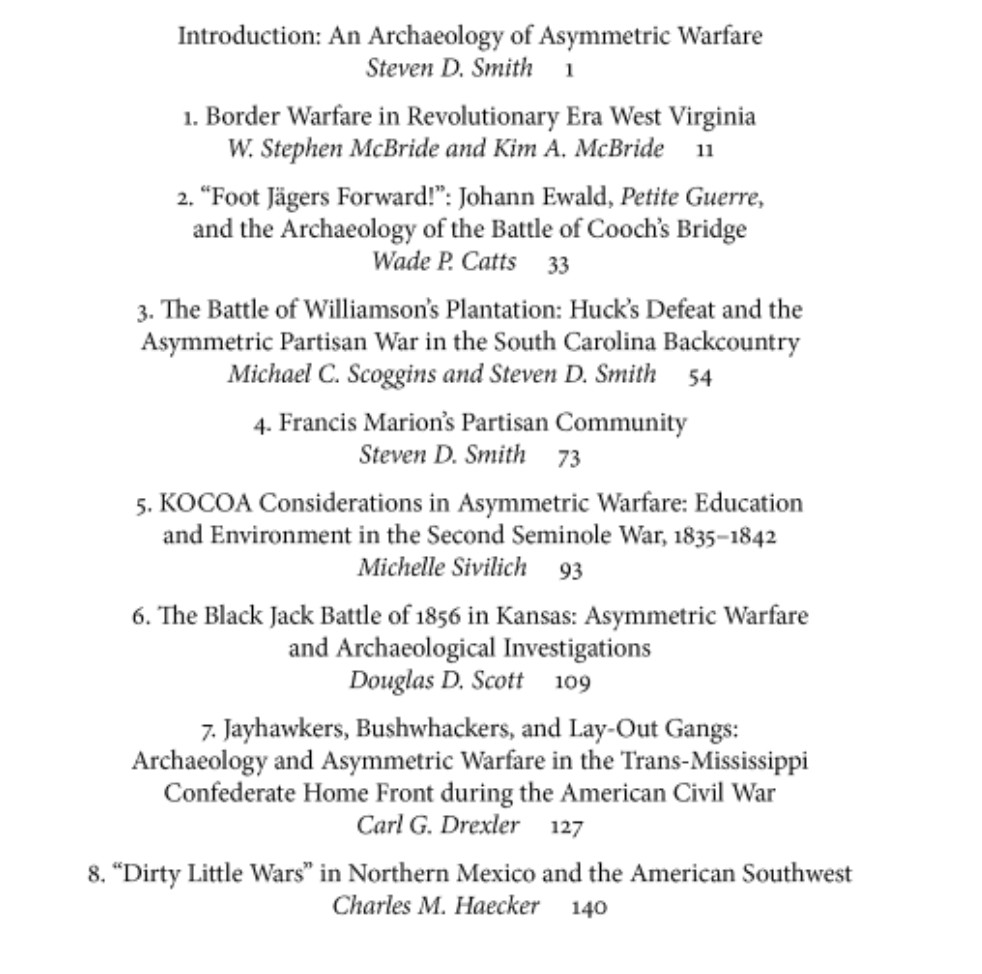 Guess we’ll both be having a conversation with Badass Santa… 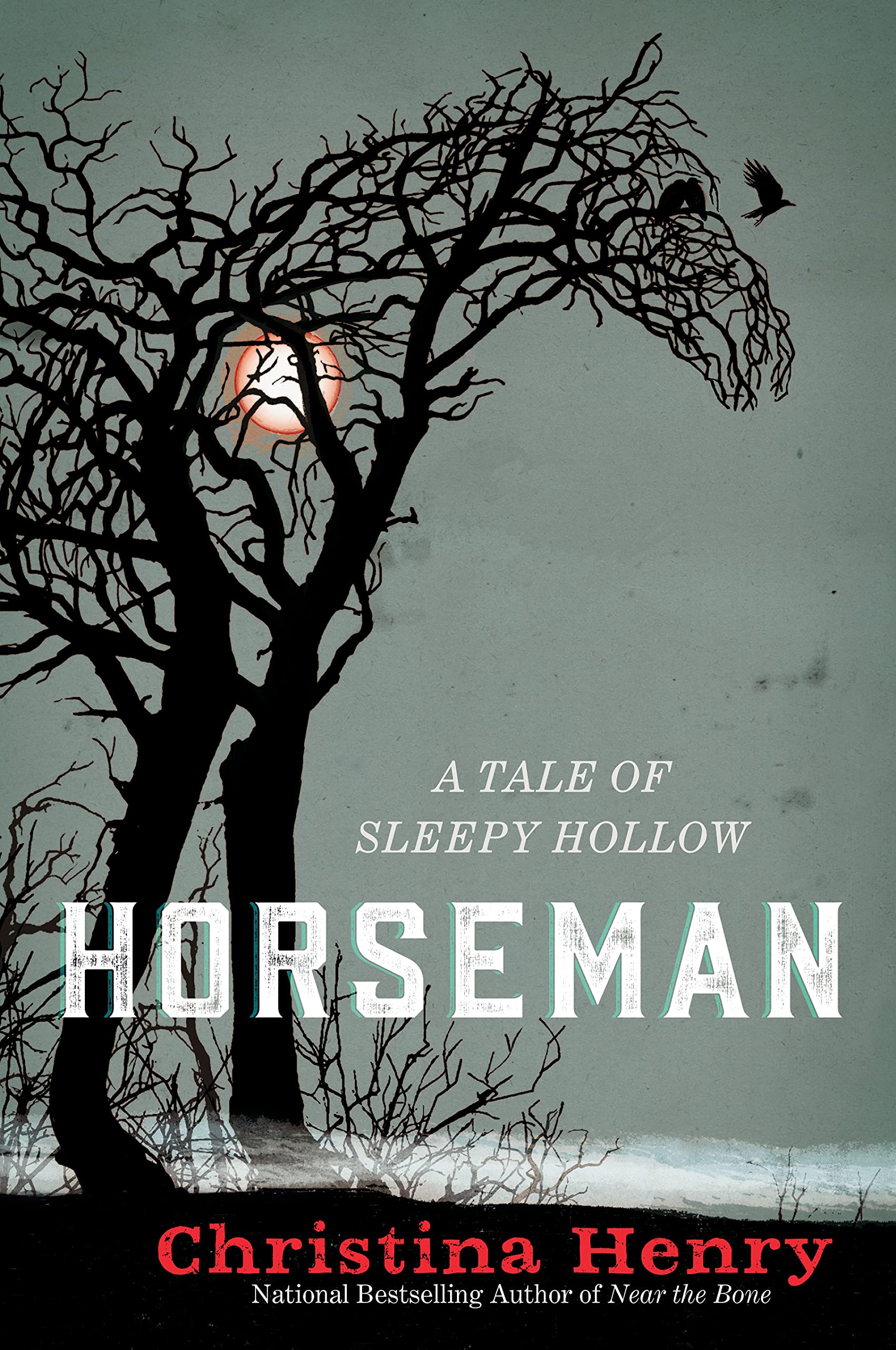 Everyone in Sleepy Hollow knows about the Horseman, but no one really believes in him. Not even Ben Van Brunt’s grandfather, Brom Bones, who was there when it was said the Horseman chased the upstart Crane out of town. Brom says that’s just legend, the village gossips talking.

More than thirty years after those storied events, the village is a quiet place. Fourteen-year-old Ben loves to play “Sleepy Hollow boys,“ reenacting the events Brom once lived through. But then Ben and a friend stumble across the headless body of a child in the woods near the village, and the discovery makes Ben question everything the adults in Sleepy Hollow have ever said. Could the Horseman be real after all? Or does something even more sinister stalk the woods?

The Halloween iconography is up in the Keep. Besides a Sleepy Hollow obsession, Marilyn has a thing for wolves and dragons. The dragon candlestick is one thing…. 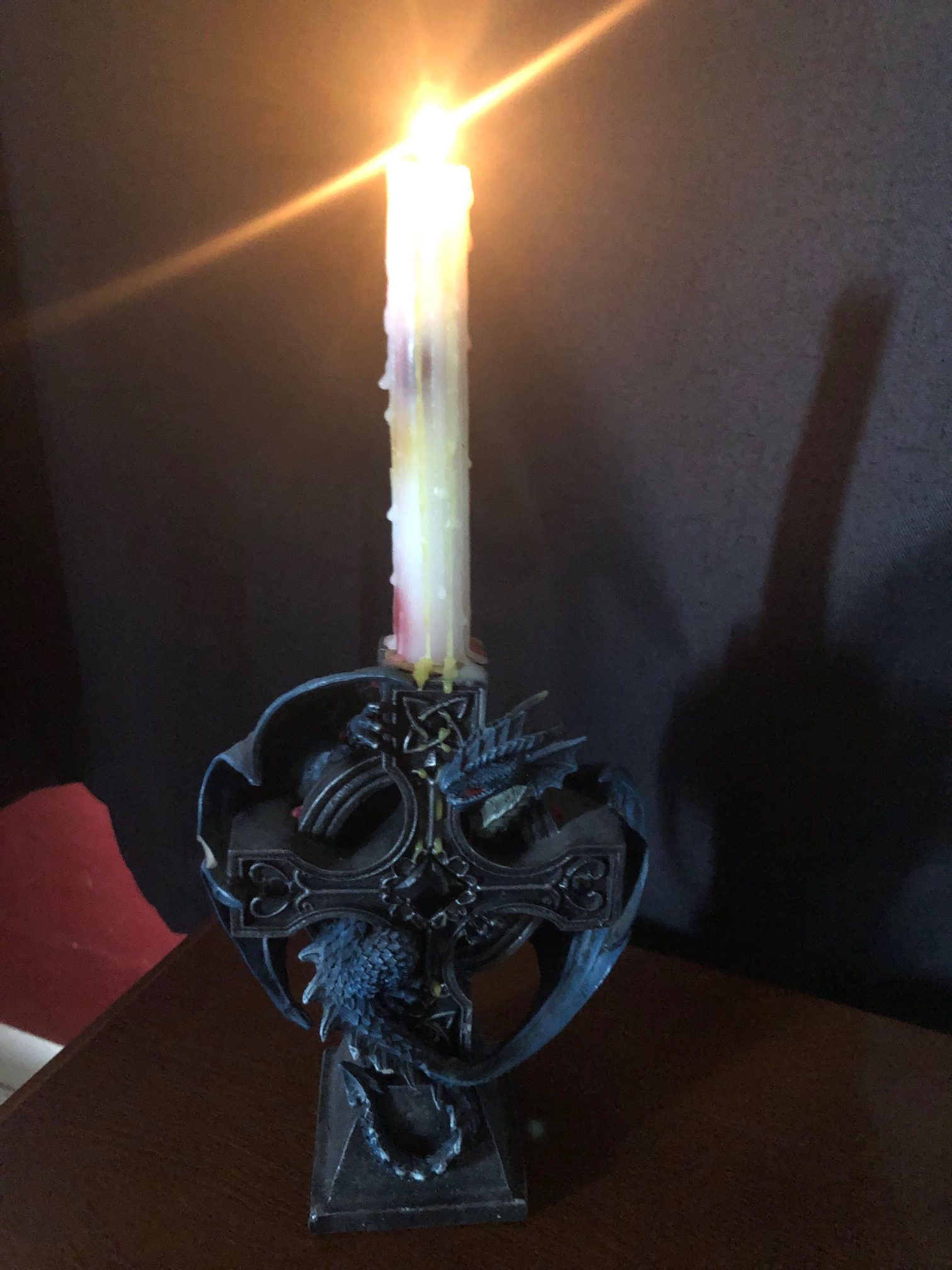 I can’t persuade her on the Korth Dragon Revolver. 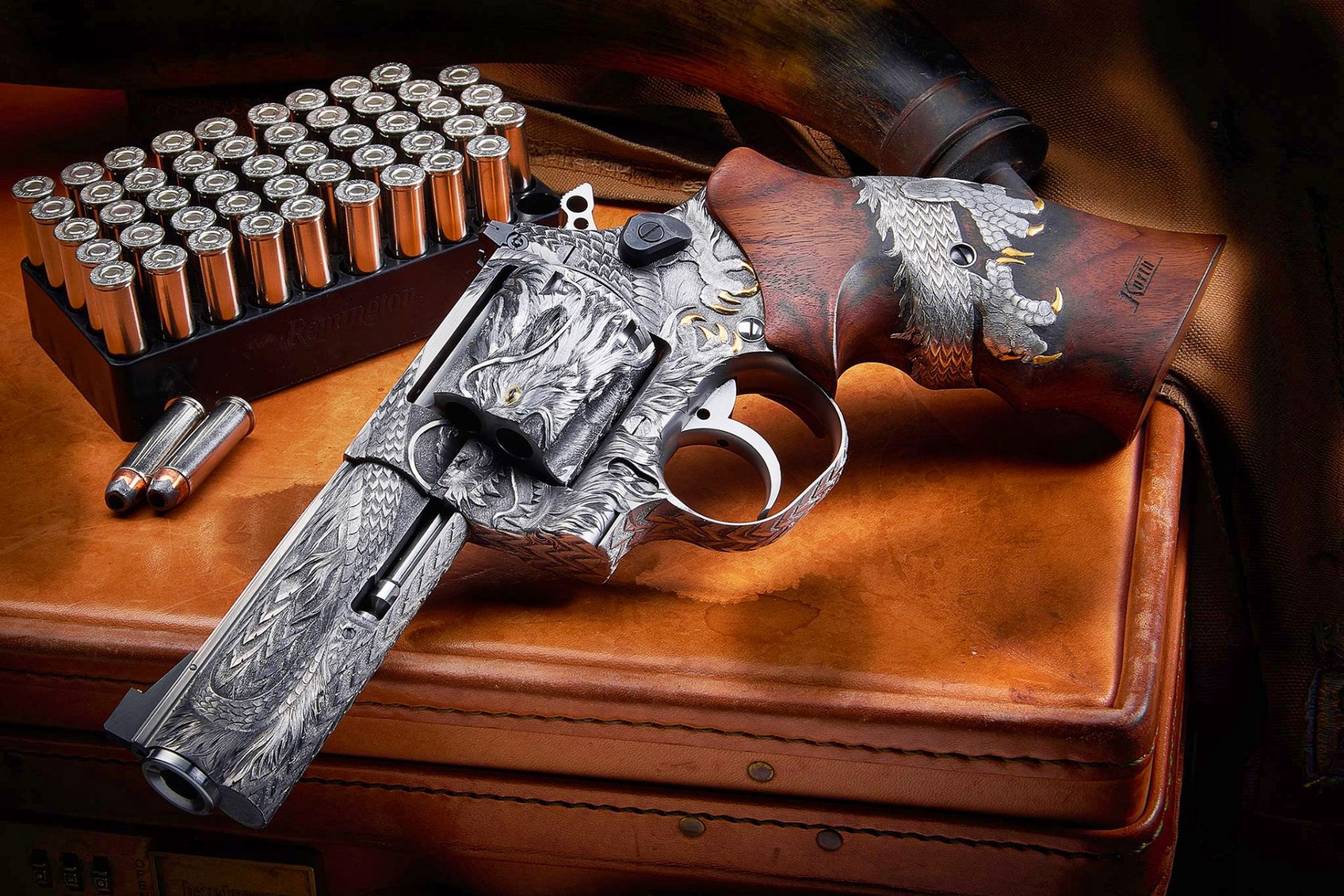 I’ll admit, the $37,000 price tag is a bit daunting. Don’t think even Badass Santa can negotiate that. 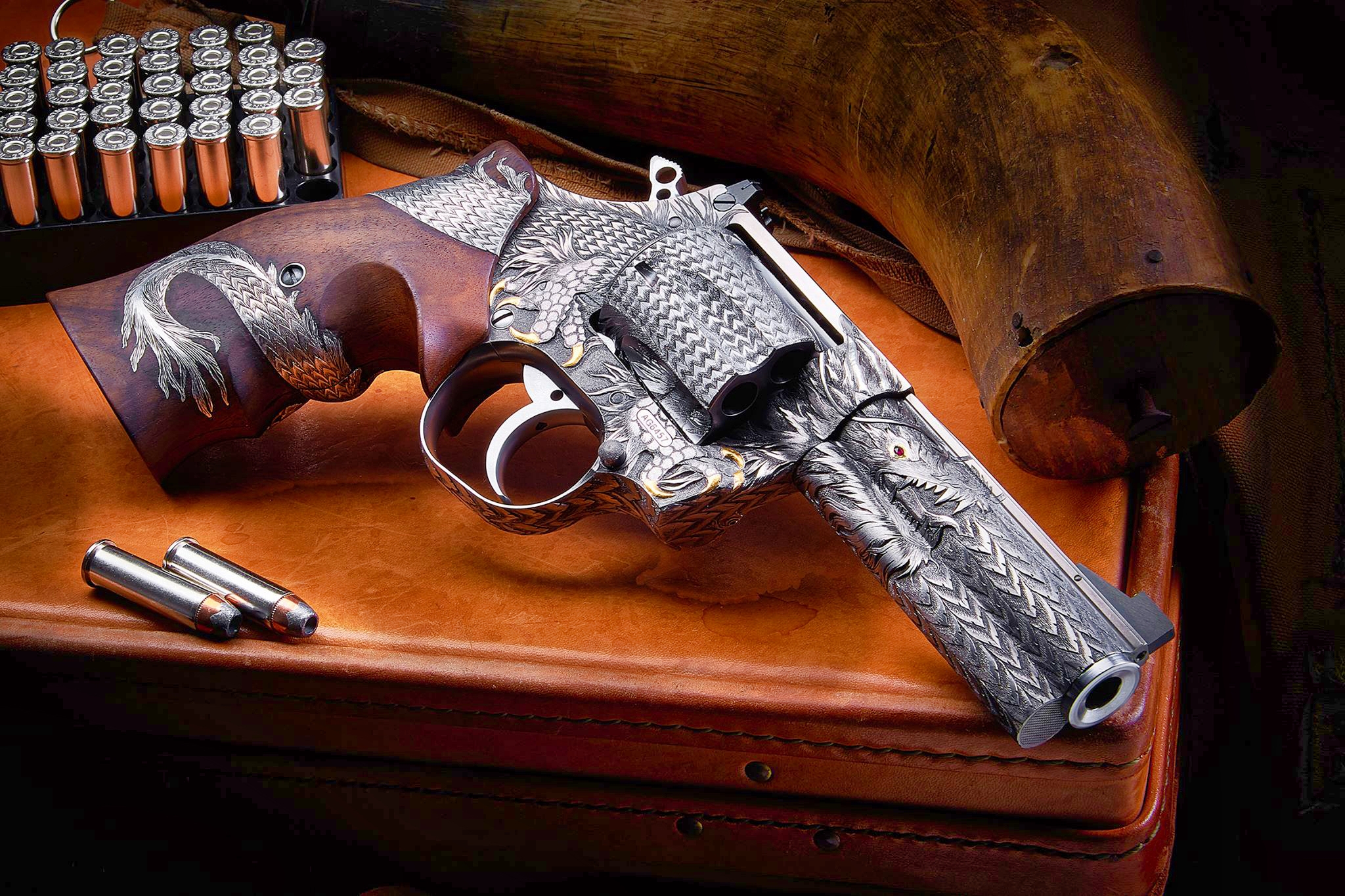 My friend Jack McGowan just picked up “The Un-Gun.” The Byrna Non-Lethal Launcher has been out for a couple of years, but it’s really caught on recently. And I ain’t gonna lie: It’s pretty damn cool. The Byrna is a Co2-powered launcher that fires non-lethal kinetic projectiles and pepper-spray or pepper spray/CS gas blend balls. Check this out…

We did a test run on Jack’s Byrna on Sunday, and I was impressed (no, we did not recreate the video tests; those guys are getting paid to take that abuse). But I vouchsafe that I would NOT want to get hit with any of these projectiles. They’re like paintballs, only ones that you kept in the freezer that are as hard as a rock. From 30-40 feet, those rounds pack a serious wallop. Dent the bark on a pine tree wallop. I think I’d be aiming at the pelvic girdle. A couple of kinetic rounds in that zone would take the piss out of anyone pretty quick. Literally.

We didn’t waste pepper or MAX rounds. I believe the video.

Non-lethal options are a good thing. Continuum of force is a good thing. Lethal force, whether it’s Krav Maga or pistol-craft can’t be your first and only response to a threat. Jack has his pistols — but he plans to pack the Byrna when he’s out in the boonies. Makes sense. It’ll deter or deflect varmints of the two-legged or the four-legged variety pretty damn effectively. 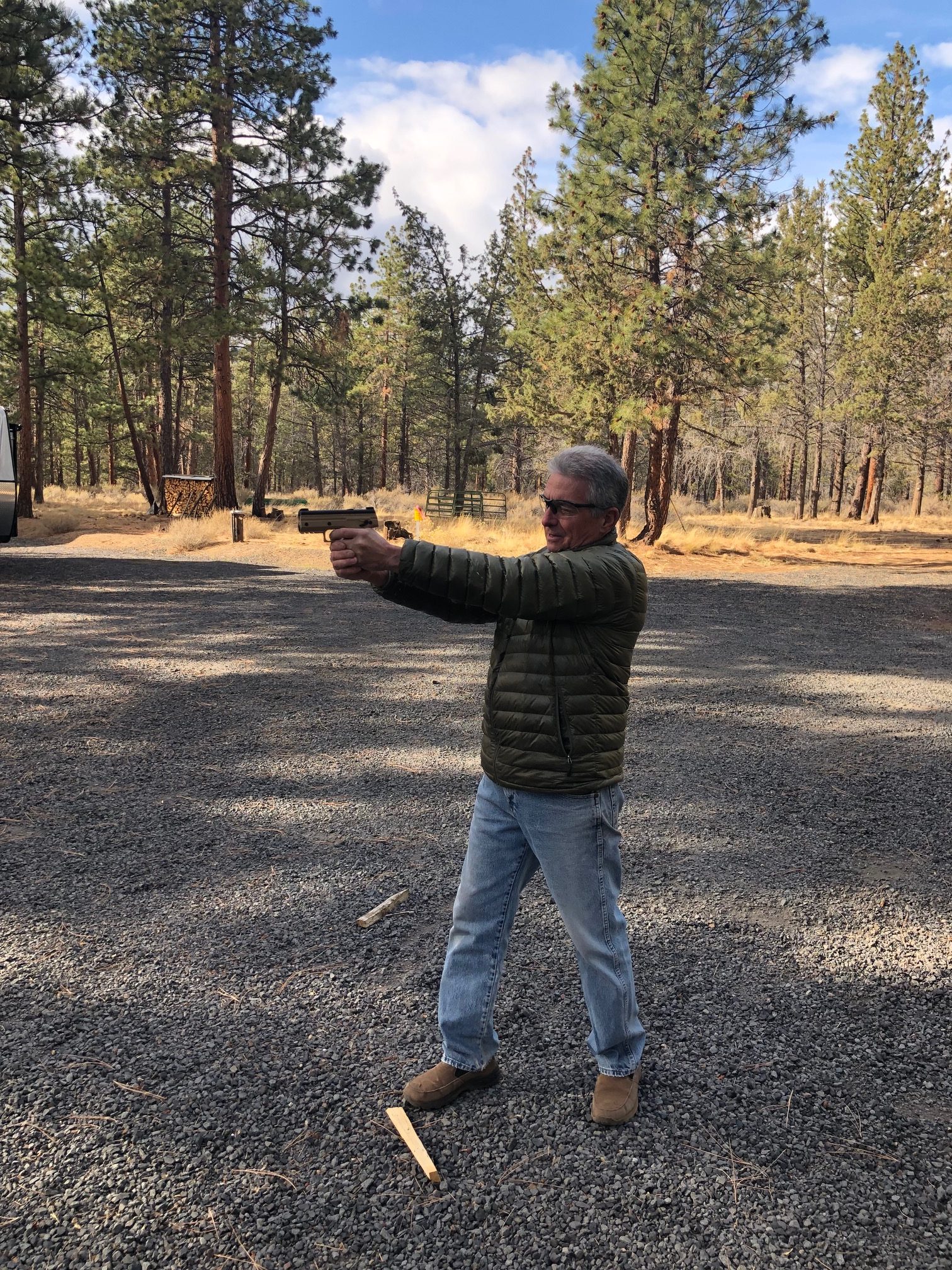 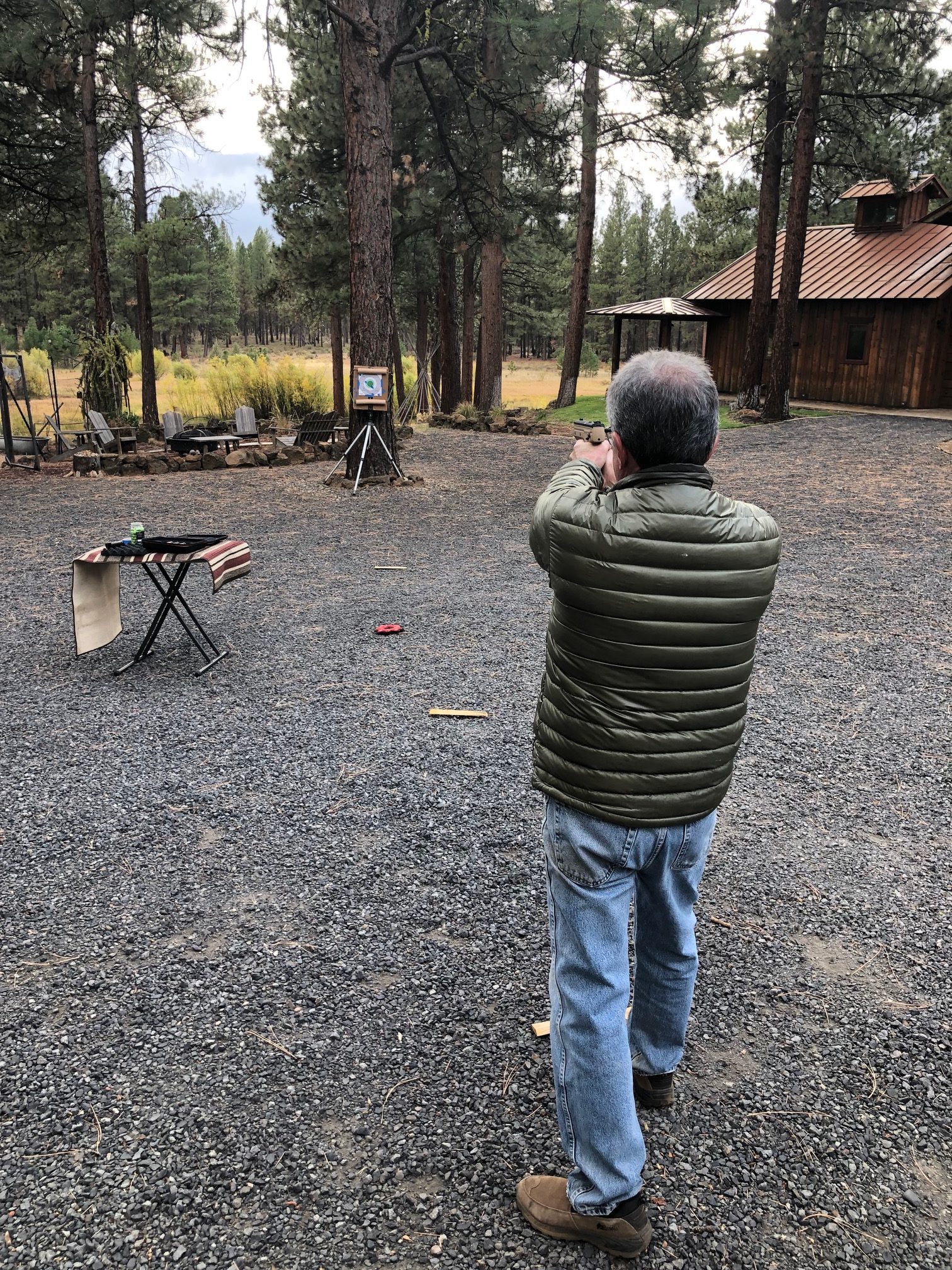 Marilyn scouted up a new (to us) trad Irish band that we like a lot: Full Set. 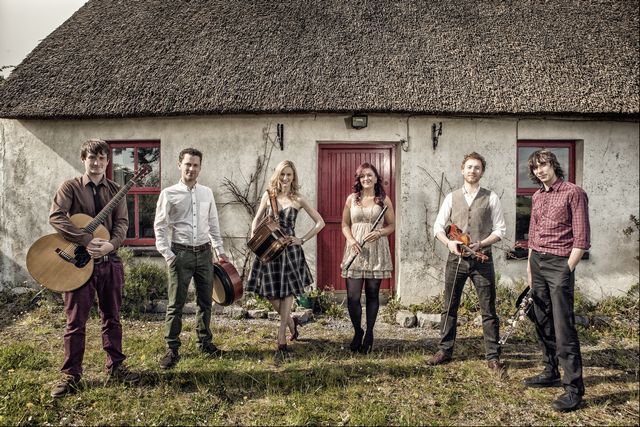 Here’s “a tale of tragic sorrow and the dark deeds of love.” Cuz that’s how we roll. And a helluva tale it is — right out of the wild frontier of 18th Century Ireland.

Speaking of The Gallows Pole…

I am most intrigued by this tale, which has been called “A Yorkshire Western” from the 1760s: The Gallows Pole by Benjamin Myers. Here’s the caper:

“I saw them. Stag-headed men dancing at on the moor at midnight, nostrils flared and steam rising…”
An England divided. From his remote moorland home, David Hartley assembles a gang of weavers and land-workers to embark upon a criminal enterprise that will capsize the economy and become the biggest fraud in British history.
They are the Cragg Vale Coiners and their business is ‘clipping’ – the forging of coins, a treasonous offence punishable by death.
A charismatic leader, Hartley cares for the poor and uses violence and intimidation against his opponents. He is also prone to self-delusion and strange visions of mythical creatures.
When excise officer William Deighton vows to bring down the Coiners and one of their own becomes turncoat, Hartley’s empire begins to crumble. With the industrial age set to change the face of England forever, the fate of his empire is under threat.
Forensically assembled from historical accounts and legal documents, The Gallows Pole is a true story of resistance that combines poetry, landscape, crime and historical fiction, whose themes continue to resonate. Here is a rarely-told alternative history of the North.

You know what comes next…

And here we have a rumor of war in the North Carolina backcountry.