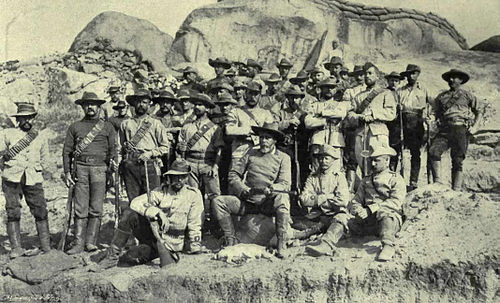 Frederick Courteney Selous with a unit of irregular rangers.

Part II of The Frontier Partisans Podcast on Frederick Courteney Selous is up. You can access it here or on your other podcast platforms.

This episode focuses on Selous’ service in the Second Matabele War and in the First World War, where he was killed in combat at the age of 65. FCS was not warlike by nature, but he heeded the call of duty when a major insurgency threatened to wipe out colonial settlement in Rhodesia in 1896, and when his country faced its greatest crisis in 1914. He was a capable citizen-soldier and scout and he did his bit. It is remarkable that he remained fit for battle in his 60s, when much of the command that marched and skirmished across East Africa fell prey to disease. He was one fit and healthy man, all the way to his sudden end.

But FCS was not really a warrior. More a Boone than a Kenton, let’s say. He was — first, last and always — a hunter and naturalist, with a knack for writing about those subjects in a way that remains engaging and valuable to this day. And he was just a “right kinda feller,” one I always enjoy trekking the veldt with. 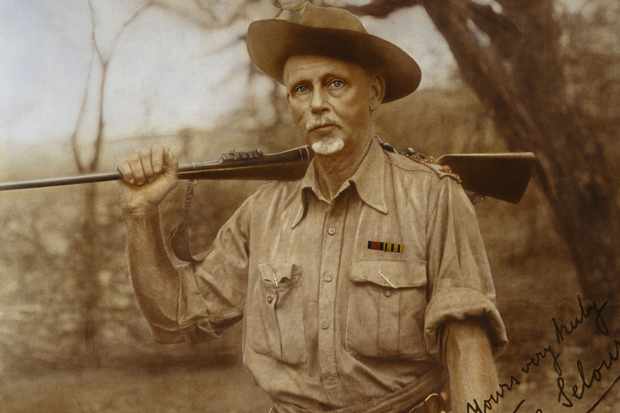