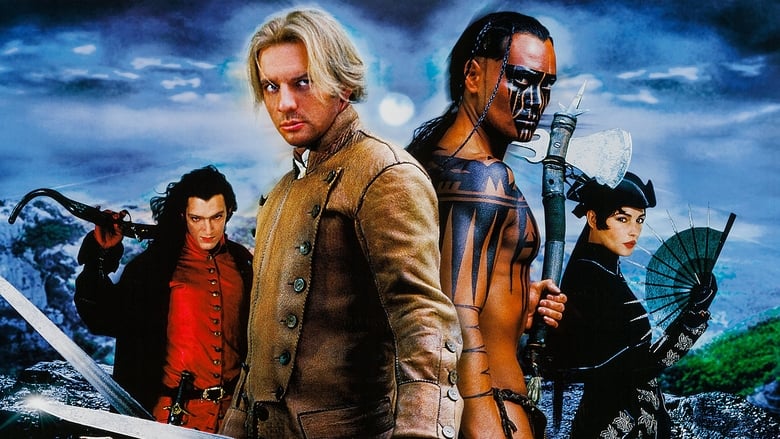 We had a lovely, chilly autumn evening in Sisters, Oregon, last night. A perfect night for my annual rewatch of Le Pacte des Loups (Brotherhood of the Wolf). Longtime readers know that this weird and wild cinematic take on the legend of the Beast of Gevaudan is one of my favorite tales — a real incident that bears the claw marks of the uncanny.

In 1764-67, in the still-wild province of Gevaudan in south-central France, a beast (or beasts) terrorized the peasantry of the countryside, killing more than 100 people and maiming others. A huntsman named Jean Chastel, wielding a double-barreled flintlock shotgun loaded with (silver!) buck-and-ball ultimately slew what was believed to be the beast, apparently a large wolf — but to this day, the true nature of the Beast remains a matter for debate. And there are some dark theories about Chastel’s true nature and role in the hunt…

Frontier Partisans dug in on this three years ago in a post you can find here.

Other trails have opened up on the Web, where I stumbled across some really interesting graphic depictions of the hunt for The Beast, which was conducted as a quasi-military operation. They appear to be from a French publication. 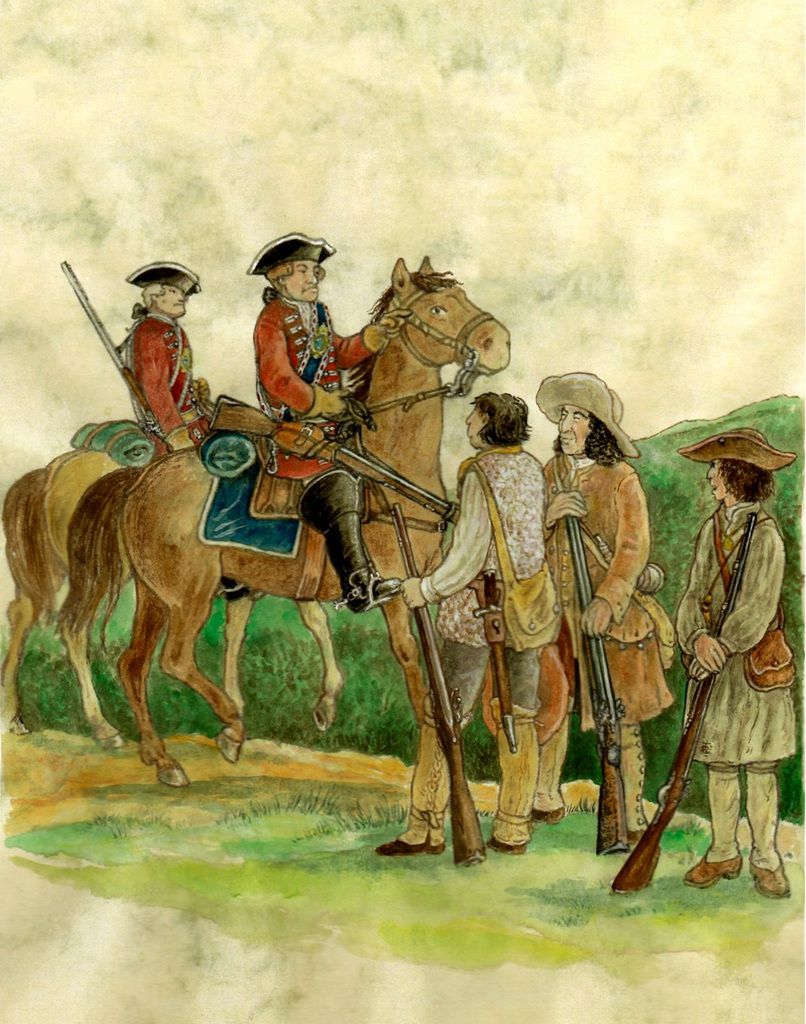 Huntsman Jean Chastel is wearing the broad hat with the turned-up brim and bearing the double-barrled shotgun. 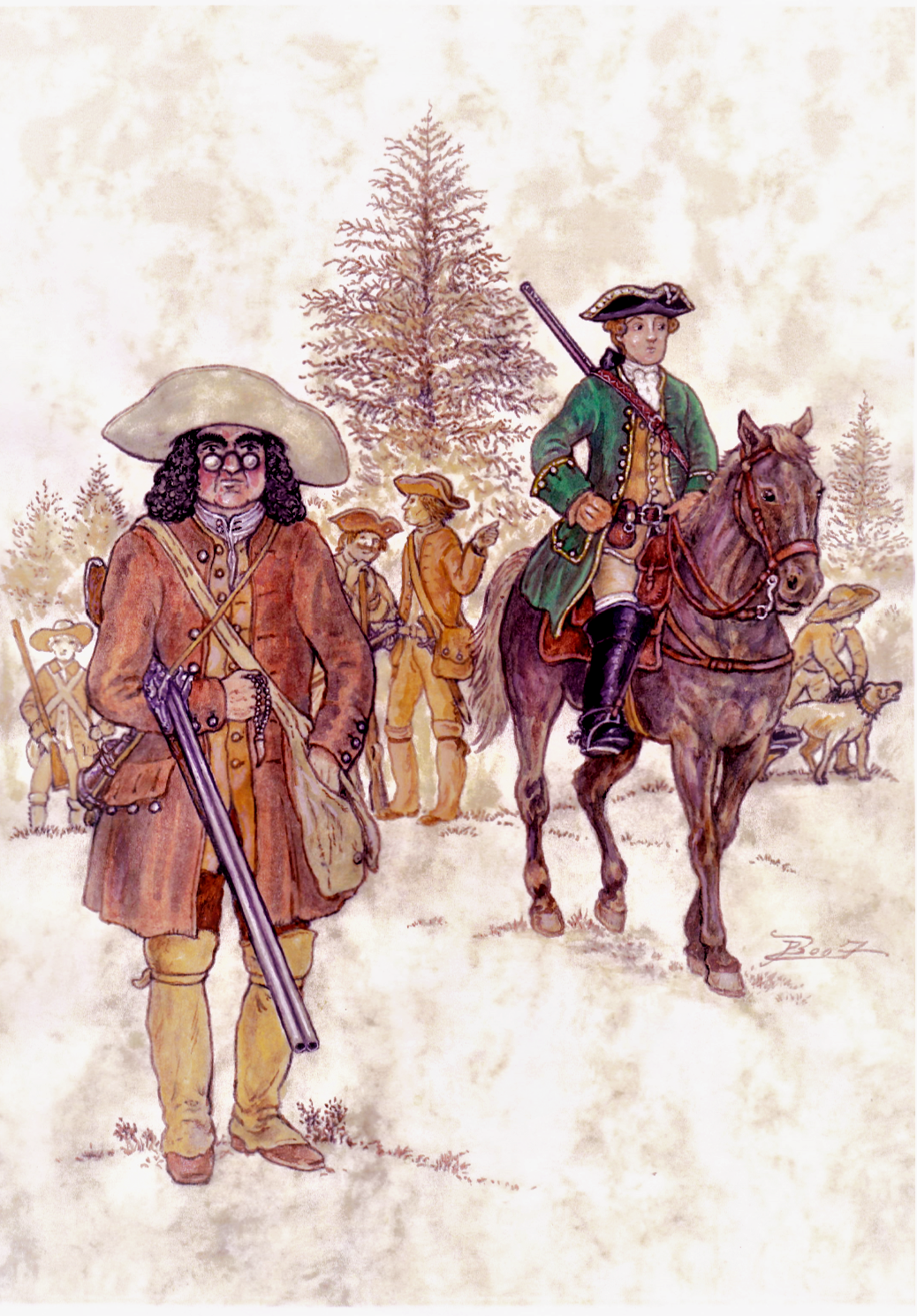 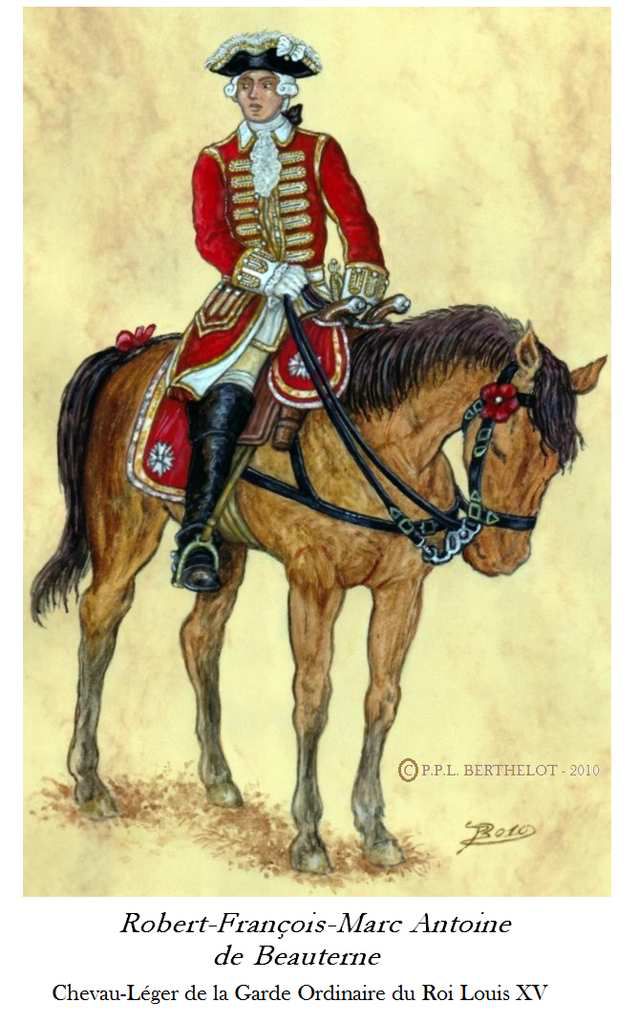 Francois Antoine was the official gunbearer to King Louis V, who sent him into Gevaudan to deal with this Beast business that was roiling the country. Antoine killed A beast, but not THE Beast.

The tale of The Beast has caught the public imagination for more than 250 years, and doubtless will continue to do so.