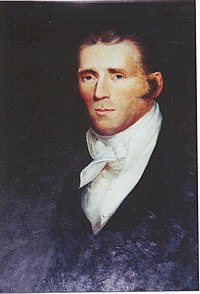 Hugh McGary was a man of blood — a man both brutalized and brutal, whose quarrelsome temperament, thin skin and hatred of Indians cost the settlers of frontier Kentucky dear.

Born in 1744, the  son of Irish indentured servants, McGary was, by 1768, a neighbor of Daniel Boone in the Yadkin Valley of western North Carolina. He apparently accompanied Boone on a foray into Kentucky in 1772, prior to an abortive attempt to settle there in 1773. He found his way into that dark and bloody ground  among the first settlers in 1775, in the company of his new wife, a widow named Mary Buntin Ray and her two teenaged sons, James and William Ray. James would become a noted frontiersman. William would suffer a grim fate that would trigger a near-mad rage in Hugh McGary.

The frontiersman was already known as a headstrong man of fierce passions, difficult to get along with. The brutalizing violence of the Kentucky frontier would only make him worse.

The family settled at Fort Harrod (Harrodsburg). In March 1777, as raiding by Shawnee and affiliated Indian militants into Kentucky heated up, James and William Ray got caught in an ambush while out working in the woods with a sugaring crew. William was killed. James, noted for his swiftness of foot, killed the warrior who slew his brother, then sprinted to safety. McGary led a search party out and found the mutilated body of his stepson. He reportedly swooned in the saddle and nearly passed out at the sight of the body, which, given the proclivities of the woodland warriors of the era, was doubtless a gruesome sight.

When Mary was informed of her son’s fate, she retired to her bed in a stupor from which she never really recovered. She would die three years later.

The raiding party harassed Fort Harrod, burning outlying cabins. McGary rushed out with a small force to attack the raiders and one of those killed was found to be wearing William Ray’s hunting shirt. In a rage, McGary hacked the Indian’s body to pieces and fed it to his dogs. This was an extreme act even by frontier standards.

Gossip at Fort Harrod recorded in Lyman C. Draper’s interviews years later had it that McGary sought the company of other women during his wife’s long illness, and that William Ray would “appear to him as a specter, wrapped up in sheets and talk him out of it.” Upon Mary’s death, he married  Caty Yocum. It wasn’t a happy match. She was apparently prone to tantrums, and McGary would fight frequently, loudly and publicly with Caty and her brother, once threatening the brother that he would “shoot his damn gourd.”

Strong drink being ubiquitous on the frontier, it is likely that whiskey contributed to McGary’s volatile personality — and perhaps to his spectral visions.

McGary’s social reputation was not good. In 1781, he was charged with “giving and accepting bets on popular Sunday horse races.” The court proclaimed him an “infamous gambler…not to be eligible to any office of trust or honor with the State of Virginia.”  Nevertheless, he held the rank of major in the militia when a significant raid on Bryan’s Station in the north-central Bluegrass region led to the final pitched battle of the American Revolution.

The British Empire had pretty much given up on the eastern theater of what they called “the American War” after the surrender of Lord Cornwallis and his army at Yorktown in October 1781. But they hadn’t quit in the West. In fact, the British-allied Indians kicked some serious ass in 1781 and 1782, and had every reason to believe they were winning their war, despite the fact that the Kentucky settlements just kept stubbornly holding on.

A strong force of some 50 Loyalist Rangers and 300 Indians from as far away as the Great Lakes tried to capture Bryan’s Station at present-day Lexington, Kentucky. They lost the element of surprise, and didn’t have cannon to reduce the fort’s palisades, so they laid siege for a few days, killing off livestock and burning outlying cabins, before pulling out and heading back toward the Ohio River, pursued by a relief force of about 180 men from other Kentucky stations.

But the apparent retreat was a well-designed ruse.

That possibility was not lost on at least some of the militia officers. McGary expressed reluctance to go after the retreating raiders without heavier reinforcements, which were on their way under the command of Benjamin Logan, with the great Frontier Partisan scout Simon Kenton acting as his pilot. This drew a rebuke from militia leader Col. John Todd, who insisted in a council of war at Bryan’s Station that the pursuit begin immediately, accusing McGary of timidity.

The pursuers rode out — with McGary apparently brooding mightily on the insult his commander had laid upon him.

Experienced Frontier Partisan scouts like Daniel Boone, who was among the pursuing militia, began to feel real trepidation about the nature of the Indians’ withdrawal. The trail was too plain, there was no effort at evasion or at disguising the route. It was as though they wanted to be chased. When the Kentuckians reached the south bank of Licking River on August 19, 1782, Boone and others were counseling caution. Boone was certain that an ambush lay ahead. The officers stopped to confer

McGary determined that he would now redeem his honor. He angrily insisted:

“We have force enough to whip all the Indians we find… By Godly what did we come here for?”

“I never saw any signs of cowardice about you before.”

In an honor culture like that of frontier Kentucky, such words were like a rake from a sharp-roweled spur. Daniel Boone was a mild-mannered man, and no war-monger. But such talk would not be allowed to stand. He burst into enraged tears and spat back at McGary:

“No man before has ever dared to call me a coward. I can go as far in an Indian fight as any other man!”

The blood was up. McGary shouted:

“Them that ain’t cowards follow me and I’ll show where the yellow dogs are!”

He plunged across the Licking — and the whole force of Kentuckians followed him. Boone, still in a state of mortified fury, cried:

“Come on! We are all slaughtered men.” 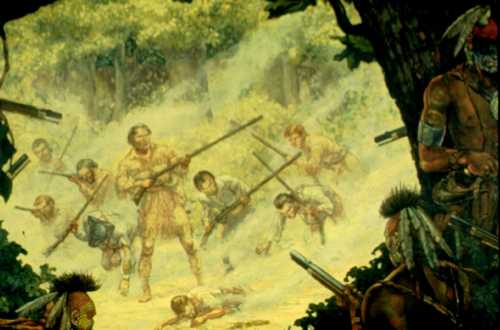 Some 70 Kentuckians were killed in withering fire that erupted from a perfectly executed ambush that turned into a rout. But McGary escaped unscathed, as did Daniel Boone. Boone’s son Israel was not so lucky; a musketball took him in the neck and he bled out in seconds — the second of Boone’s sons to die at the hands of Indians.

McGary resented being blamed for the impetuous charge across the Licking, and defended himself by besmirching others, including Todd, who had died in the battle. He insisted that the militia commanders had “schemed” to come up on the Indians before Logan got to the scene so that they could win “great applause.”

I know what you’re thinking, and you’re right: Hugh McGary was an asshole.

He would prove it again four years later. Even after the Revolution ended officially in 1783, militants, especially among the Shawnee, resisted American encroachment onto their lands. The Kentuckians continued to mount punitive expeditions across the Ohio River to blunt Shawnee capacity for attacks into Kentucky. One such expedition led by Gen. Benjamin Logan and piloted by Simon Kenton, took them to the town of the old Shawnee principal chief Moluntha, sometimes called the Shawnee King. Moluntha had long been conciliatory toward the Americans, and had been kind to Kenton when he had been a captive among them. Moluntha had been a signatory to a treaty with the Americans and flew the Stars and Stripes over his cabin. Logan had issued orders that he was to be left alone.

McGary approached Moluntha and asked him if he had been at the Blue Licks battle. Moluntha, who was shaving a plug of tobacco for a pipe, and probably not fully understanding McGary’s words, nodded and said, “Blue Licks.” McGary shouted:

“I’ll give you squaw play!”

Or, maybe it was:

He swung a narrow-bladed tomahawk and smote the old king between the eyes. A second blow split Moluntha’s head open. Then McGary slashed three fingers from Moluntha’s wife’s outstretched hand.

Militiamen restrained McGary — and they restrained Kenton, who wanted to kill McGary on the spot.

The Kentuckians composed a sardonic ballad about the whole farcical and grotesque campaign, with a verse devoted to McGary’s nefarious act:

A dastardly fellow advanced to the King,

Who was promised protection and brought to the ring,

He soon was espied by intrepid McGary,

Who just at this juncture came up from the prairie.

He gave the old savage a cuss and a blow

And sent him bare-skulled to the region below.

Years later, the great Shawnee leader Tecumseh would recall the assassination amid a list of grievances presented to Gen. William Henry Harrison:

It was at Fort Finney, where some of my people were forced to make a treaty. Flags were given to my  people, and they were told they were now the children of the Americans. We were told, if any white people mean to harm you, hold up these flags and you will then be safe from all danger. We did this in good faith. But what happened? Our beloved chief Moluntha stood with the American flag in front of him and that very peace treaty in his hand, but his head was chopped by an American officer, and that American Officer was never punished.

It’s true. McGary was suspended from rank for a year, censuring him for conduct unbecoming an officer and a gentleman. That was it. People may not have liked the man, and they may not have approved of his behavior, but it was a rare thing indeed for any Kentuckian to be punished for killing an Indian.

McGary would become a tavern keeper, among other occupations, after peace came to Kentucky. Curiously, McGary made a trip in 1791 along the Natchez Trace from the Mississippi Territory to Nashville, in the company of a young Andrew Jackson and his new bride. Jackson and McGary, shockingly, did not get along. McGary would later give testimony that he witnessed Jackson “bedding together” with Rachel Donelson Robards — the issue being that she was allegedly still married to Captain Lewis Robards. 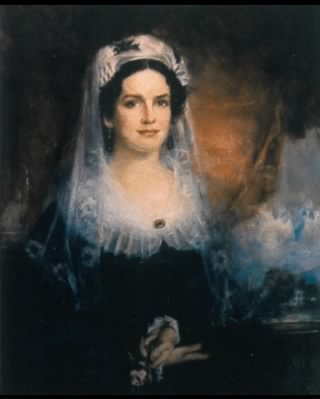 Controversy over the marital status of Rachel Donelson Robards, who became Mrs. Andrew Jackson (possibly unintentionally bigamously) would lead to serious trouble. An intemperate man named Charles Dickinson shot off his mouth about it, and Jackson killed him in a legendary duel in 1806. It would be an issue in the presidential campaigns of the 1820s.

Hugh McGary died in 1806. It’s doubtful that many mourned the passing of a disagreeable hothead who stirred discord, sowed mayhem, and left a trail of blood across the frontier of Kentucky.