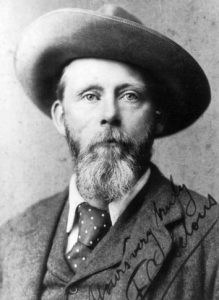 Longtime Frontier Partisan readers know that Frederick Courteney Selous is one of my favorite subjects. A man who, as Theodore Roosevelt said, lived in “just the right alternations between the wilderness and civilization.” Episode 18 of The Frontier Partisans Podcast explores Selous’ early life as a hunter and a teller of hunting stories. You can listen here or on Spotify or wherever else you get your podcasts.

In Part II we’ll follow Selous into the Matabele Rebellion and ultimately to his battlefield death at the age of 64 in World War I.

As I reexamined Selous’ life for this podcast, I was struck again by the parallels between his life and that of another famous hunter, Daniel Boone. Both were consumed by the passion for the hunt, both ended up contributing to the settlement of their hunting grounds, both achieved international fame as “simple hunters,” and both were reluctant warriors. Selous came from considerably more comfortable circumstances than Boone, and, as a writer, he controlled his own narrative more completely, but the similarities of temperament and experience are striking. Both men were at their best and most content in simply roaming the land, rifle in hand, delving into the lives and secrets of the wild. And neither man’s life circumstances would allow that contentment to be permanent.

It is also worth noting that both men had generally good relations with native peoples, learned much from them and were more comfortable with them than many of their contemporary frontiersmen. 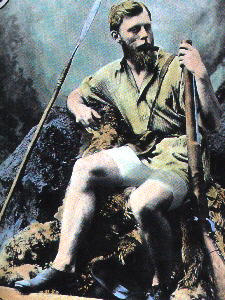 FCS was a strapping, athletic young man when he first braved the interior of Africa to hunt elephants. The massive Roer he hunted with was a brutal implement that was hard on the shooter. 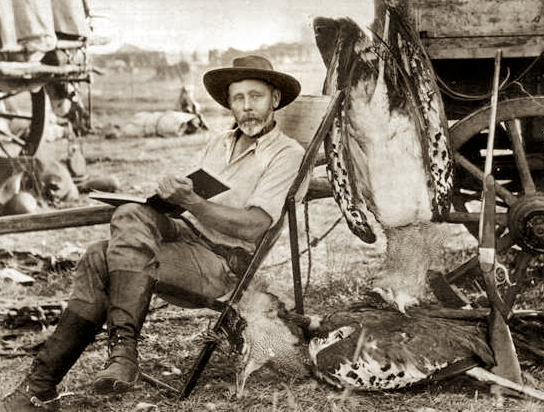 F.C. Selous hit the sweet spot right in the X-ring.