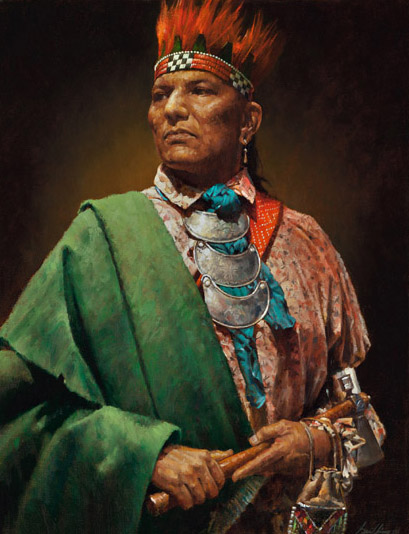 On Saturday’s woods ramble, I got to thinking about Pontiac’s War. As one does.

The indigenous insurgency that broke out in 1763 after the British Empire took control of the military forts and fur trade posts that had belonged to the French in the Great Lakes region and the Ohio Valley never really gets a proper share of attention.

It’s easy to see it as an aftershock of the French and Indian War, which it was, but looking at it through that lens tends to throw it out of focus as as a seismic event in its own right.

Consider this: A native insurgency that had really no outside support managed to take every British post except the bastions of Fort Pitt, Detroit and Niagra, killed 400 British soldiers and displaced some 2,000 Anglo-American settlers and threw the frontier of settlement back to central Pennsylvania. The confederacy that the Odawa war leader Pontiac and the Seneca Guyasuta put together didn’t win the war, but they didn’t lose it either. They forced the British into a diplomatic settlement that restored their trading status and led to the demarkation of the Proclamation Line of 1763, which was supposed to keep settlers out of their territory.

It didn’t work: Settlers defied the line, and its promulgation was a grievance that helped lead to the American Colonies’ rupture with Great Britain in 1775, but nevertheless, the Indians did force the concession.

This docudrama is a pretty solid recounting of events:

The War was replete with betrayal and conspiracy, and atrocities ranging from biological warfare to ritual cannibalism. It is the setting for one of my very favorite Frontier Partisan novels, Robert Moss’s Fire Along the Sky.

There’s been some really interesting “borderlands history” scholarship on Pontiac’s War over the past 20 years, which I’ve touched but haven’t really dug in on. I’m mightily tempted to make that a fall/winter project. What do y’all think — a podcast series on Pontiac’s War sound interesting?

Captain McNamee scouted up this tome, due out in the UK in October. 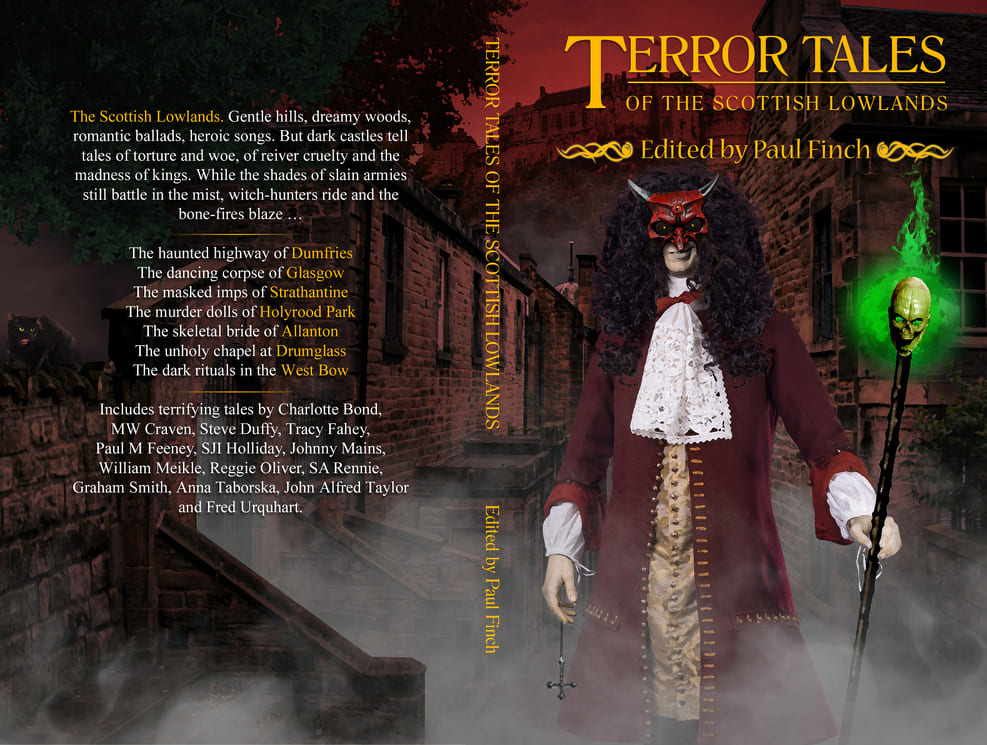 The Scottish Lowlands. Gentle hills, dreamy woods, romantic ballads, heroic songs. But dark castles tell tales of torture and woe, of Reiver cruelty and the madness of kings. While the shades of slain armies still battle in the mist, witch-hunters ride and the bone-fires blaze …

The editor of the anthology, Paul Finch, has the right notion here: The Lowlands were the most violent, and are therefore the most haunted, region of that storied land…

Though you might, on first thinking about it, assume that the Scottish Highlands would be the more dramatic backdrop for a collection of chilling tales, and indeed we did TERROR TALES OF THE SCOTTISH HIGHLANDSback in 2015, you have to remember that while the Highlands is undoubtedly wreathed in Celtic folklore, the Lowlands were much more embroiled in the brutal mainstream politics of the British Isles.

Thus, more slaughters and other atrocities took place there, and not just as the Scots saw off foreign invaders like the Romans, the Norse and the English, but because there were civil wars as well. If you’ve never heard about the Covenanters, or the Jacobites, or if you thought the English Civil War was confined only to England, well you should find this volume informative as well as entertaining. Some of the region’s darkest, bloodiest days stemmed from brother turning upon brother.

That said, with so many pitiless massacres in its past, the Lowlands’ ghost lore is absolutely rife. You can parachute into Southern Scotland just about anywhere, onto the roof of a castle or church, an open stretch of moor, a defensive wall, a tower, even on top of a tenement in Glasgow or a terraced house in the old West Bow district of Edinburgh, and you’ll disturb its dead occupants as surely as those that are living. Likewise, tales of diabolism run rampant throughout the region’s mythology. This too was a realm where witchcraft was both practised and persecuted, while the sprites and goblins associated with the braes and cairns of this strange and lovely land were almost unique in their wickedness.

And when it comes to evil beings, we aren’t just discussing those of the supernatural variety. From Bluidy Mackenzie to Bible John, the Scottish Lowlands has produced an array of fiendish villains, real-life bogeymen, the mere mention of whose names casts long and eerie shadows.

Speaking of tales of terror…

I am eternally grateful that I have an older brother who exposed me to the weird and wild side of life at an entirely inappropriate age. He’s responsible for my discovery of Simon Kenton and Robert E. Howard, without which, this here campfire wouldn’t exist…

I must have been a freshman in high school or so when he turned me on to Graham Masterson’s The Manitou, the 1970s-vintage tome that launched Masterson into a career that made him a grand master of the horror genre.

I have no idea why The Manitou popped into my head — it’s just scary in there, I guess. If you’re unfamiliar, here’s the caper:

It only grows at night. Karen Tandy was a sweet and unassuming girl until she discovers the mysterious lump growing underneath her skin. As the doctors and specialists are puzzling over the growth, Karen’s personality is beginning to drastically change. The doctors decide there is only one thing to do, cut out the lump. But then it moved. Now a chain reaction has begun and everyone who comes in contact with Karen Tandy understands the very depths of terror. Her body and soul are being taken over by a black spirit over four centuries old. He is the remembrance of the evils the white man has bestowed on the Indian people and the vengeance that has waited four hundred years to surface. He is the Manitou.

I’m mighty tempted to download the Kindle version and re-read it. 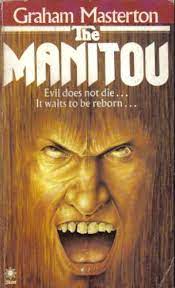