Last night, the wind howled under the eaves, and, as I write, a soaking rain is falling from a leaden sky. So, the thoughts naturally turn toward Scotland, and tales of cruel war, hauntings and a card game with the Devil…

General Sir Thomas Dalyell of the Binns was a hard and dangerous man, fit for the bloody mayhem that scourged the British Isles in the mid-17th Century. A devoted Royalist, he unsheathed his sword in defense of the Stuart Monarchy and bathed its blade in the blood of Scottish Covenanters.

Tam became a soldier at 13, serving in Charles I’s expeditionary force sent to New Rochelle, France, in 1628, in aid of French Huguenot rebels. He would go on to serve his king in the restive province of Ulster in Ireland. When he heard of Charles I’s execution by Puritans in 1649, he vowed never to shave his beard as a mark of penance for the foul deed of his countrymen. Yes, he grew an epic playoff beard for the sake of protest…

When Carrickfergus capitulated to the forces of Oliver Cromwell, Daylell was captured, then paroled, on the condition that he stay in Ireland and not return to his native Scotland. He didn’t keep his word, and in 1651, he was present at the Battle of Worcester, when Cromwell whipped Charles II’s mostly-Scottish Royalist force. Dalyell was banged up in the Tower of London, but he escaped and fled to Russia. Tsar Alexis I welcomed Scottish military men as mercenary officers, seasoned warriors who brought professional expertise and a high degree of fighting spirit to his army. Dalyell  became the terror of Turk and Tatar in Russia’s long wars on their southern front. He also commanded a regiment in the Russo-Polish War. Somewhere during his service, Dalyell allegedly developed a deep appreciation for the thumbscrew, a torture device that Peter the Great would particularly delight in a few decades on. He brought it back to Britain with him when he returned in 1665 for the Restoration of Charles II to the throne. 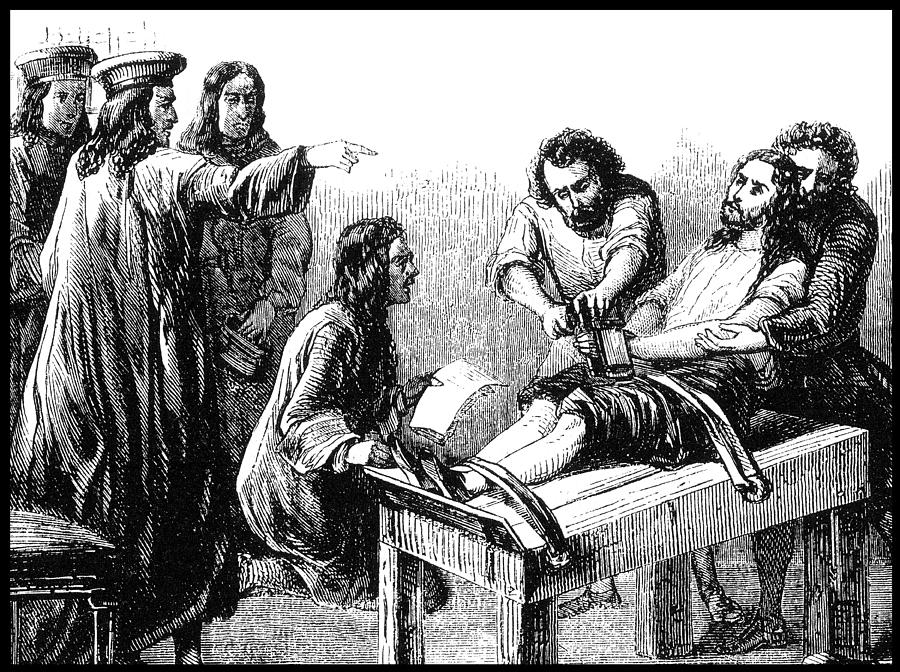 Dalyell became the commander of Charles II’s army in Scotland. His primary job was to suppress the Covenanters, a hardcore Protestant religious and political movement that had controlled the Scottish Kirk (Church) until the Restoration. The Covenanters engaged in several uprisings or rebellions from 1666. Dalyell and his deputy William Drummond crushed the Pentland Rising at the Battle of Rullion Green on November 28, 1666. It was a relatively small affray, with 40 to 50 Covenanters killed and dozens captured. It was the fate of the captives that would seal Dalyell’s savage reputation as “Bloody Tam,” or “The Beast of Muscovy.”

According to the newspaper The Scotsman:

Up to 100 prisoners were taken to Edinburgh and incarcerated in a small room in St Giles Cathedral, called Haddo’s Hole. Ten leaders were hung with their right hands cut off and nailed to the prison door at Lanark with their severed heads … sent home as a warning.

Hanging these atrocities on Dalyell may be Covenanter propaganda, or distorted history, however.  The website BonnieDundee1689.com (which has a clear Royalist bent) argues that Dalyell had been honorably merciful to Covenanter leader James Wallace:

Auld Tam himself made an extensive submission on behalf of Wallace’s men, stipulating clearly that they had made entreaty for quarter on the field during the battle, and that this had been granted to them on his authority. The decision by the Privy Council that they had been involved in an act of open sedition and not regular warfare and thus did not merit this treatment, was entirely theirs and contrary to his view. He is, therefore, blameless, regarding the treatment of these people.

I tend to think that the latter scenario is the more likely. Dalyell was a very hard man, but he was a professional soldier and, despite his monicker, not a beast.

Aye, but beastliness makes for a better story, doesn’t it? Especially if it can be tied to paranormal doings. A number of vivid legends attach themselves to Dalyell and his “pile,” The Binns. It seems that the tough old man was, shall we say, a Friend of the Devil… 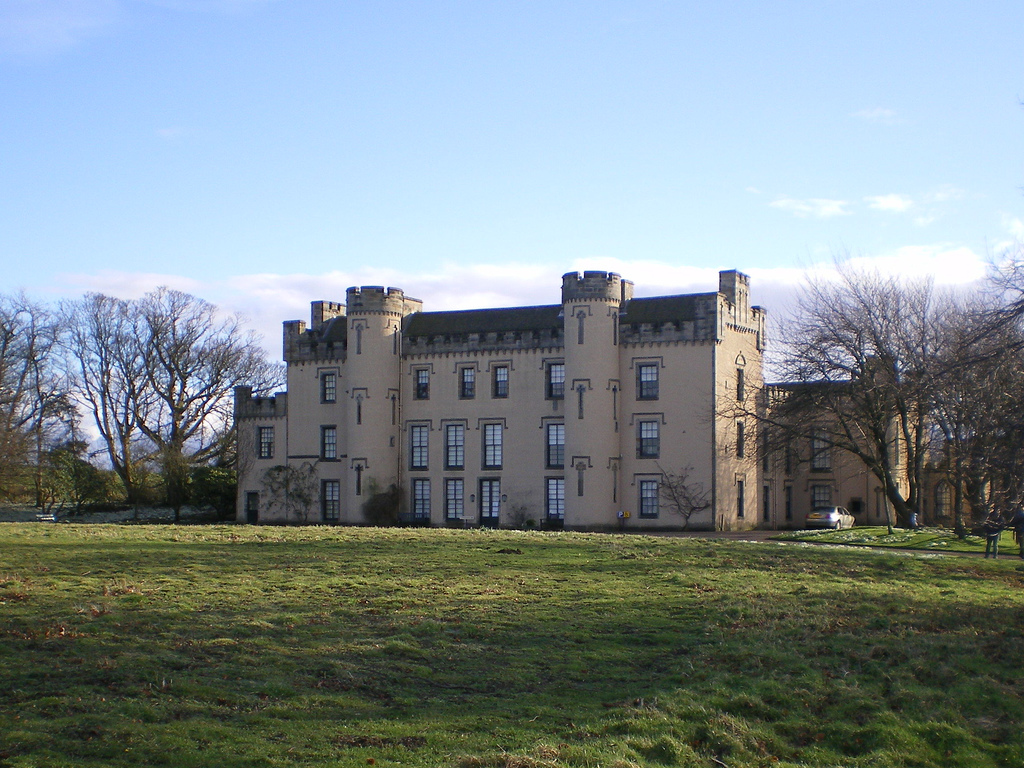 The ancestral home was recently the site of a historic preservation project. One of the items catalogued in the project is a marble table that Dalyell most likely brought home with him from his adventures in Russia. The Scotsman reports:

Among the General’s items is a 17th Century marble table which, according to legend, was thrown out the window of the House of the Binns during a particularly fraught card match played between the General and the devil…

Dr Alexandra Hill, Project Reveal Officer East, said: “It was said that Bloody Tam played cards with the devil. One night he tried to cheat by putting a mirror behind where the devil was seated. The devil saw what was happening and became angry and threw the table at the General. It narrowly missed the General and ended up in a pond outside.”

The table was never seen again until it was spotted at the bottom of the Colonel’s Pond in the grounds of the house in 1878.

The table would originally have been decorated with many semi-precious stones, which are now missing, and the wooden stand has also been replaced, Dr Hill said. 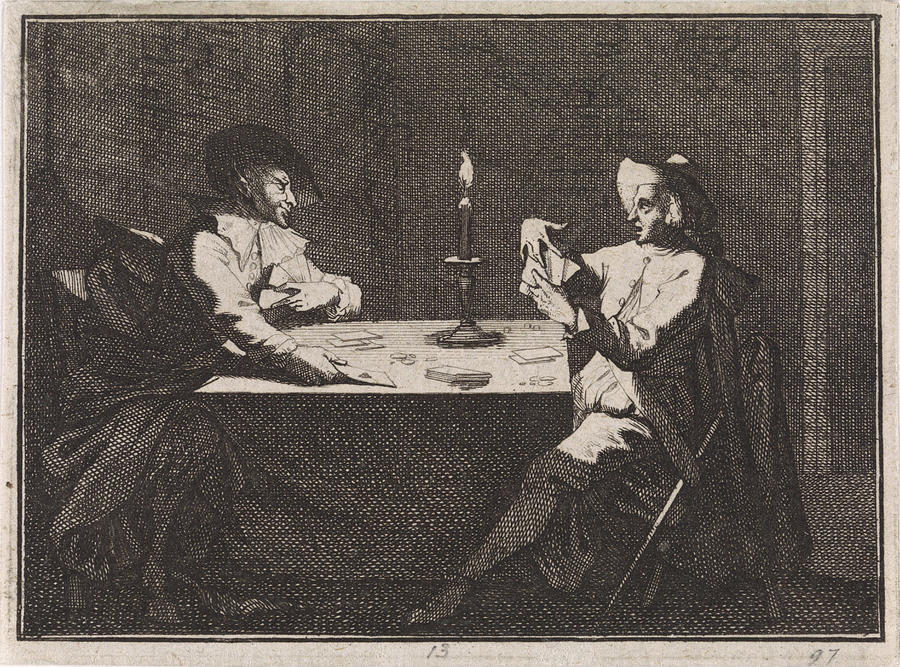 There’s more, which I quite love…

Dr Hill added: “One legend of Bloody Tam tells how, following his death, Tam’s third son John took his father’s cavalry boots back to his home at Lingo in Fife but he was forced to return them to The Binns.

“Every night when he took them off they wakened the sleeping household as they marched round the house.

“It was said that if cold water was poured into them, it would quickly come to a boil.”

Now THAT’s a fine yarn for a dark, dank and drippy day…

Before his death in 1685, Dalyell made one more lasting military contribution: He created the regiment that would become the storied Scots Greys.