I told you that there would be some news from the traditional combatives front. Well, here it is. Bob Sabet, who keeps the Rough And Tumble Society page on Facebook, has published a book built around the story of Grey Otter — Skeeter Vaughan — who thrilled a young Frontier Partisan with his feats of knife-and-tomahawk-throwing in the long ago in Wrightwood, California.
The gentleman did me the great honor of asking me to write the foreword for The Otter and His Hawk. Here’s the synopsis:

Grey Otter, a half Cherokee man also known as Skeeter Vaughan, the legendary knife and tomahawk thrower, devised a tomahawk fighting system during World War Two. This book provides an overview of his hawk system as well as discusses his background. It also offers a look at several other Warriors, some who also fought against the Axis powers.

I quite enjoyed the book. As I put it in the foreword:

The Otter and His Hawk explores the martial applications of the tomahawk that persisted well beyond the frontier era — but most importantly it tells stories that should never be forgotten, honoring brave men who brought their heritage and the capabilities it graced them with to bear to serve this nation when the chips were down.

I like to think that, in some Frontier Partisan Valhalla, Grey Otter is well pleased.

The book is available through Amazon, but Mr. Sabet requests those who can pick it up through Lulu (better deal for authors). You can find it here. 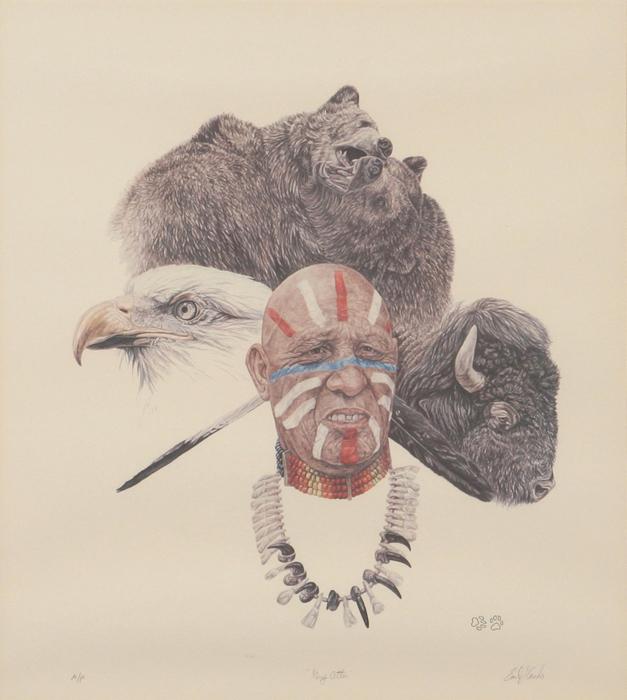