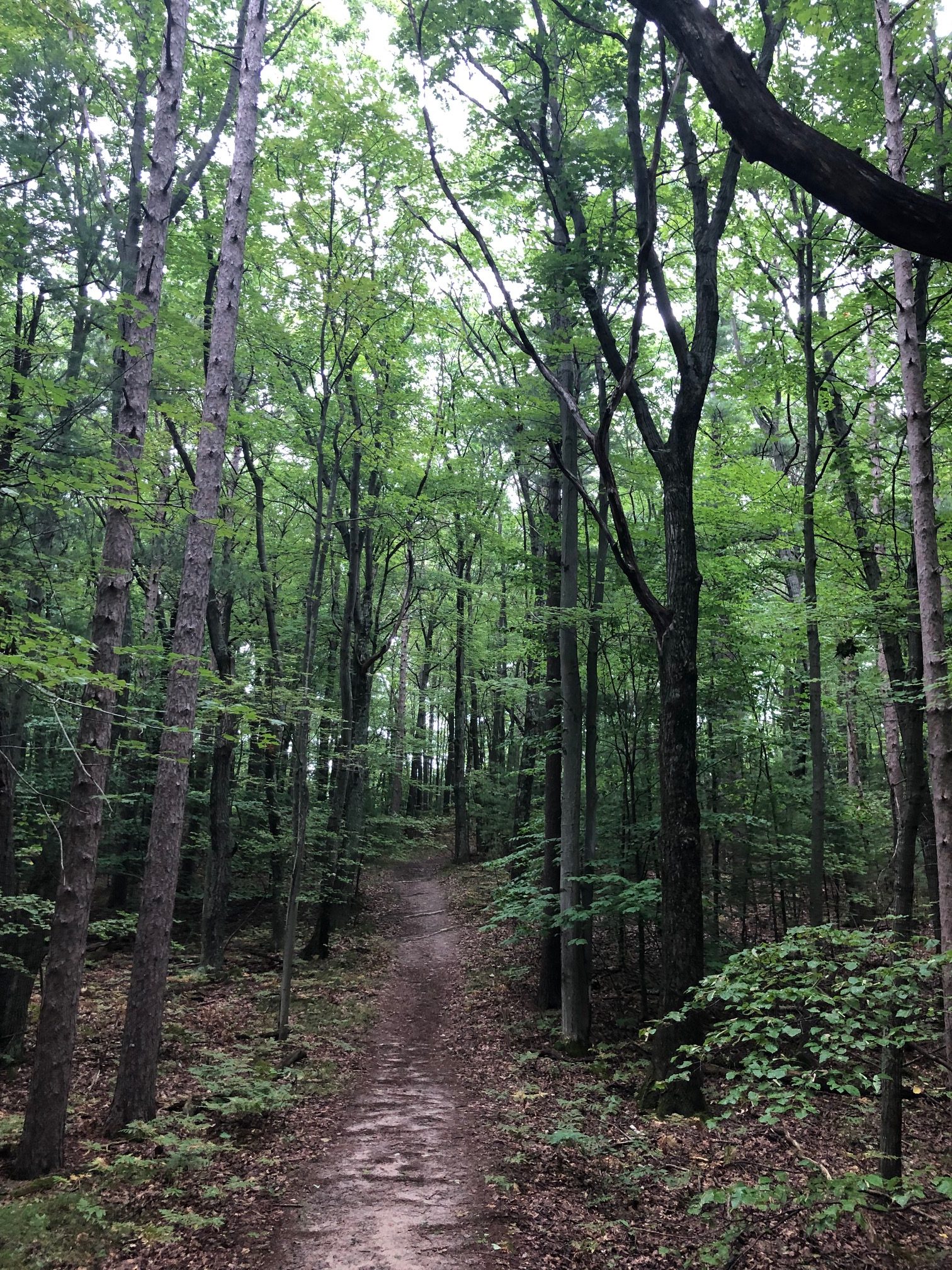 Trade took me to the old Pays d’en Haut* for a couple of days this week. The Mullen Newspapers rendezvoused in Leelenau County, Michigan, where the Leelenau Enterprise is located. My time to explore was limited, but I did get out for a ramble in the woods. Beautiful country. I would love to come back.

We ate dinner outdoors on Thursday night at The Little Traverse Inn, owned and operated by a native Scotsman. There was a definite Celtic flair to the place, from a menu that featured corned beef and cabbage to a trad Celtic session in the center of the yard. The owner sat in and sang in a very fine voice. 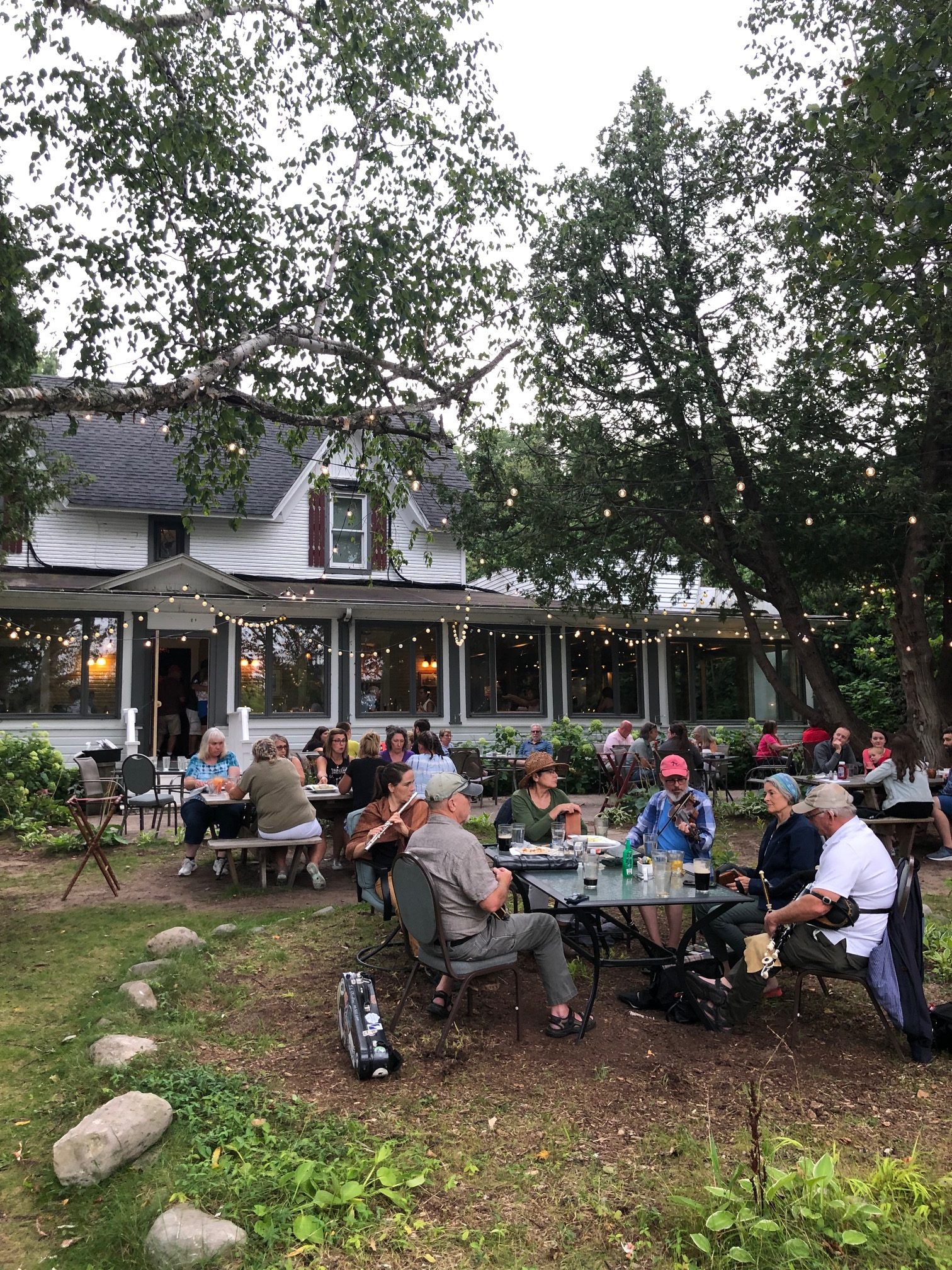 Around the yard were posted some vivid wood sculptures that obviously had some historical significance to the area, though the staff knew nothing about them. 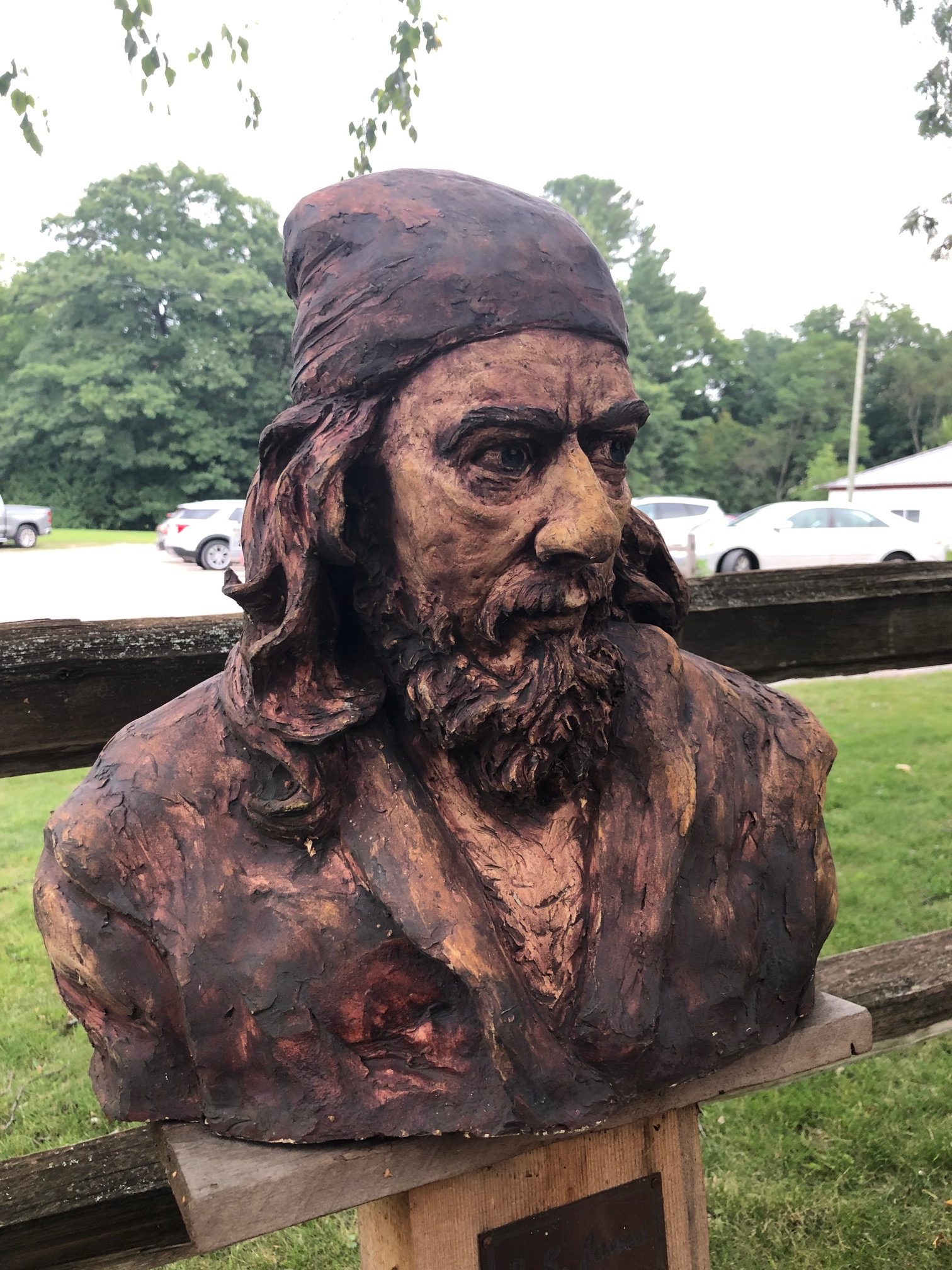 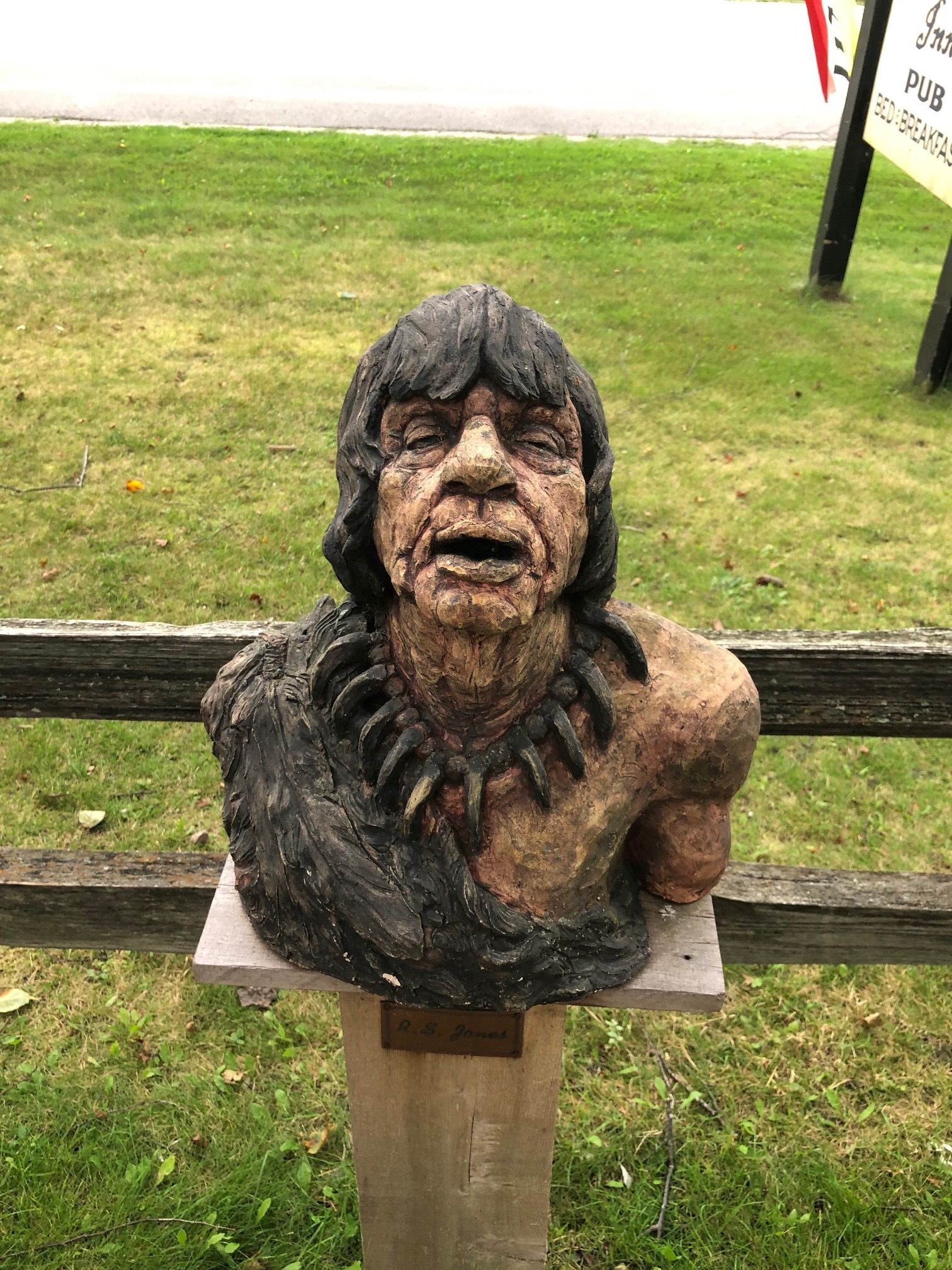 * The old term for the hinterlands of New France west of Montreal, encompassing the Great Lakes. The land of the voyageurs and coureurs du bois.

Many moons ago I made note of the work of Mark Hatmaker, who works in old school American forms of physical training and combatives. He recently launched the Rough and Tumble Podcast, which he describes thus:

You can find the podcast here.

(There will be other, unrelated, news from the rough & tumble combatives world coming down the trail soon…)

Craig Rullman has announced that The Len Babb Movie Project is complete. Now it’s on to the arcane craft of film distribution. I can attest that this is an exceptional film. Yes, it’s the work of friends and brothers, but I promise you that relationships aren’t coloring the assessment. This is something special, it’s right there on the screen, and I can’t wait to see audiences connect with it.

Previous Post: « The Ballad of Dood & Juanita
Next Post: Fort Benton On The Missouri River: Gateway To Montana And The Northwest Frontiers »