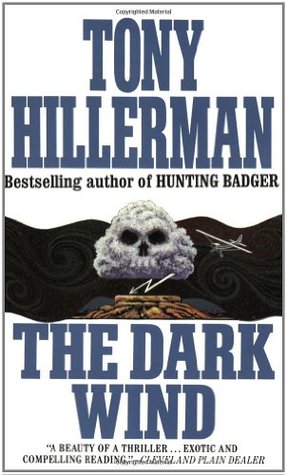 I wish my mother could have seen this. She LOVED Tony Hillerman’s mysteries; they brought her escape from a pretty tough set of circumstances into an immersive world that resonated her, as it apparently did with millions of others…

AMC has greenlit an ambitious new crime drama based on a beloved book series and with several heavy hitting talents attached.

The network has ordered Dark Winds, which is based on author Tony Hillerman’s iconic Leaphorn & Chee books, which follow two Navajo police officers in the 1970s Southwest.

Weird to see George RR Martin, creator of A Song of ice and Fire (basis for Game of Thrones). Guess he needs something else to distract him from finishing his work.

The first season will follow the officers’ search for clues in a grisly double murder case that forces them to challenge their own spiritual beliefs and come to terms with the trauma of their pasts.

“We’re thrilled by the prospect of authentically telling this story with a group of remarkably talented individuals,” said Dan McDermott, president of original programming for AMC Networks and AMC Studios. “This is a rich and deeply unsettling psychological thriller set in a world we know viewers will appreciate experiencing for themselves. The series order is the product of several months in a writers’ room staffed entirely by Native American writers, and it is a series that will be brought to life by those storytellers, with a cast led by Zahn McClarnon and featuring Native American actors, filmed largely in and around Native American lands, with the full support and blessing of The Navajo Nation. We are so excited about telling this captivating and entertaining story while rendering this vibrant, rich, wonderful culture and community on AMC+ and AMC.”

Zahn McClarnon is one of those actors who owns every scene he’s in. He was magnificent in The Son. As charismatic as they come.