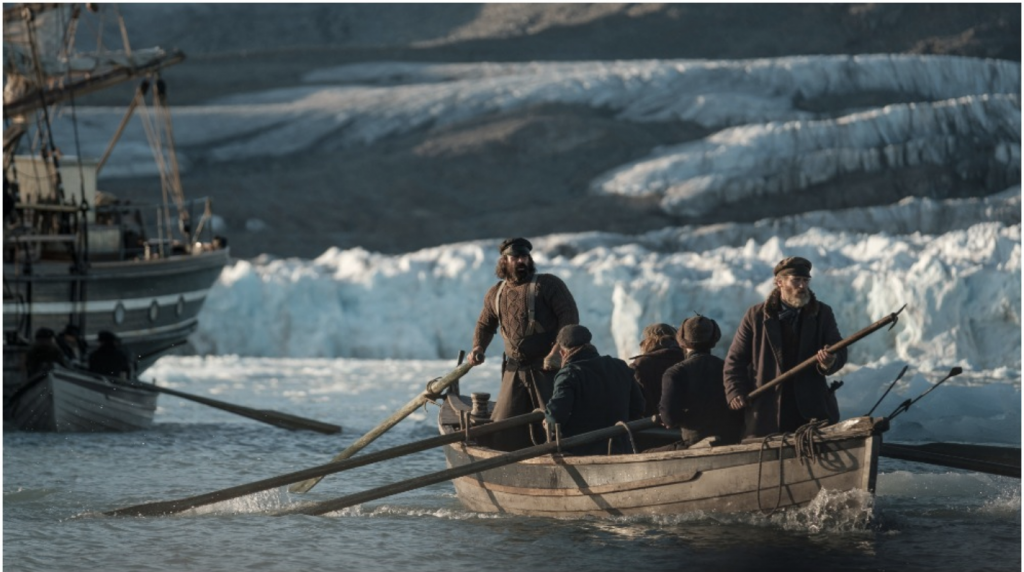 An Arctic wind blew across my desk this morning, in the midst of our long, hot Central Oregon summer.

Somehow, The North Water, the novel and a new miniseries, had escaped my notice. Now, here it is — everywhere. And don’t it look like one helluva harrowing frontier tale?

Here’s the caper via Variety:

Based on the acclaimed novel by Ian McGuire, which was long-listed for the Man Booker Prize and named a New York Times Book Review editors’ choice, the five-part series tells the story of Patrick Sumner, a disgraced ex-army surgeon who signs up as ship’s doctor on a whaling expedition to the Arctic. The ferocity of the elements, however, is matched by the violence of his crew mates, with Drax , a harpooner and a brutal force of nature. As the true purpose of the expedition becomes clear, confrontation between the two men erupts, taking them on a journey far from solid ground and beyond the safe moorings of civilization. 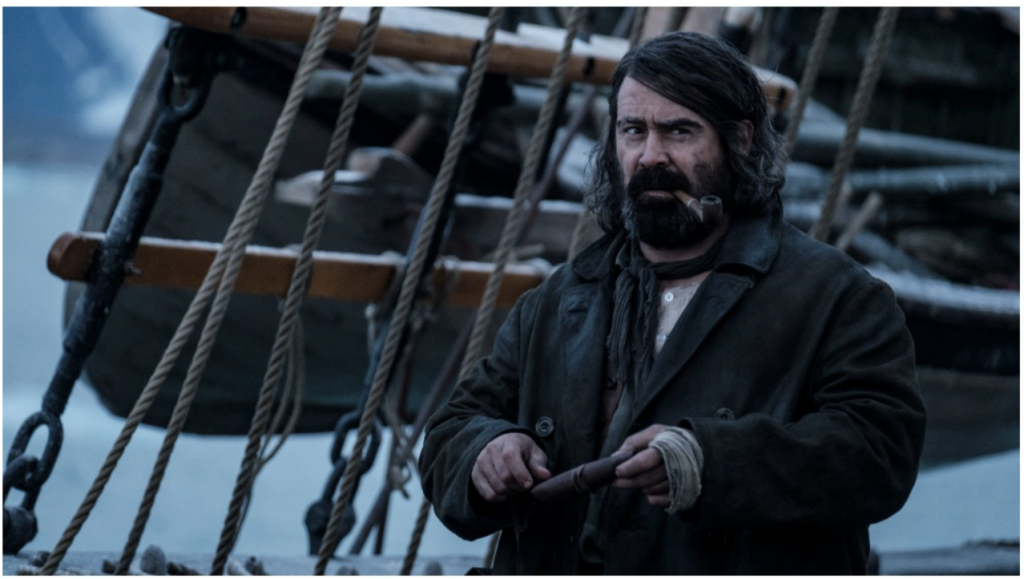 Sounds like real Heart of Darkness stuff — which is, of course, right in the Frontier Partisans wheelhouse.

Set in Hull and on the ice floes of the Arctic in the late 1850s, the series’ location work took place primarily in the Arctic, shooting on the frozen seas north of the Svalbard Archipelago. The cast and production team sailed as far as 81 degrees north to film sequences in the pack ice, one of the furthest points north a drama series has ever filmed before.

I’m a sucker for these arduous cinematic efforts — shades of The Revenant. It often translates in subliminal ways on the screen… 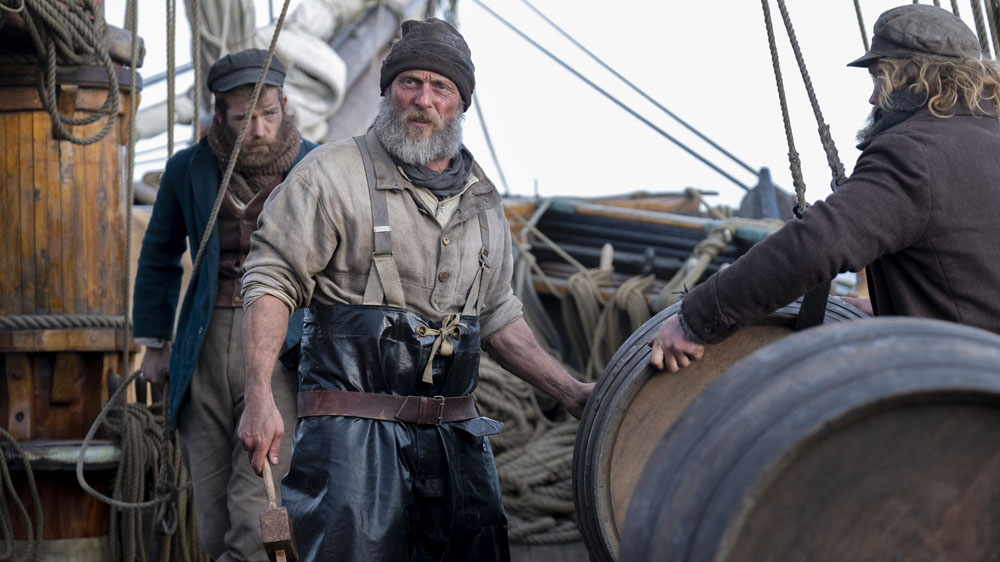