I am an unapologetic meat eater. My family noted my alarmingly prodigious carnivorous instincts and appetites from a very early age. I would have happily lived on a Plains Indian or Mountain Man diet comprised almost exclusively of meat — by preference buffalo.

This being Father’s Day, Marilyn is planning to grill a steak in celebration. Which makes her a buccaneer. 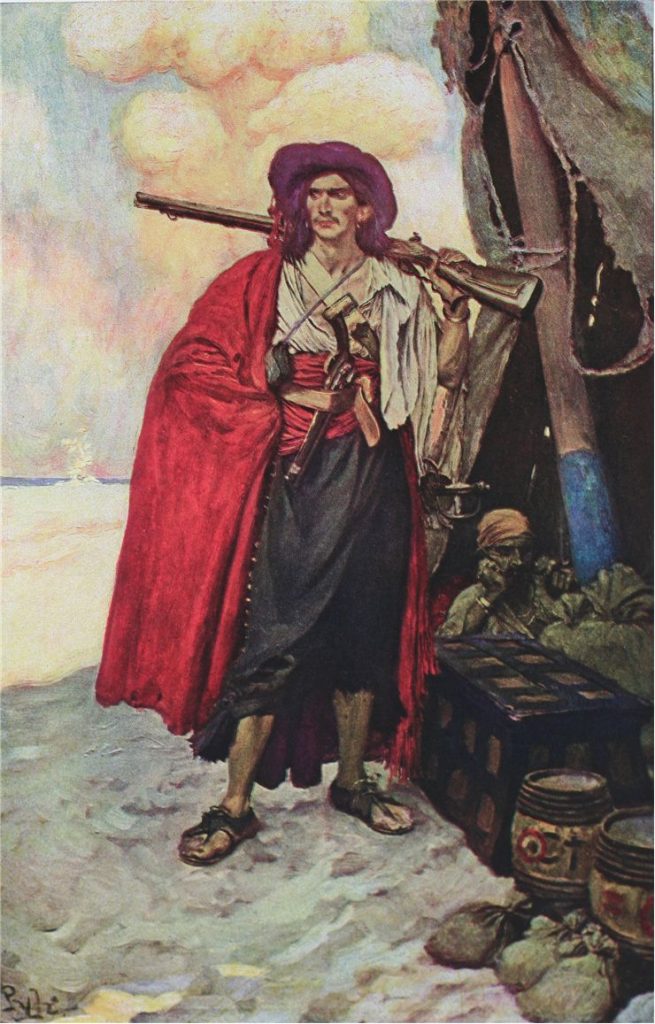 The very term buccaneer derives from boucan, which was a wooden framework used to smoke meat. The Spanish called the product barbacoa, which now describes seasoned Mexican beef for tacos, taken from the cabeza de vaca.

The original Boucaniers were mostly French men who, in the 17th Century  made their living hunting wild cattle and feral pigs on the Caribbean Island of Hispaniola (today’s Haiti/Dominican Republic), and selling the smoked meat to the maritime trade. These rough men dressed in skins and were armed with long muskets, knives and swords. They lived a wild, free life, and were noted as excellent shots.

Eventually, the Spanish ran them out of Hispaniola, which was a mistake, because they turned to semi-legalized piracy, lending their name to history as “Buccaneers,” which soon came to be applied to English freebooters as well. 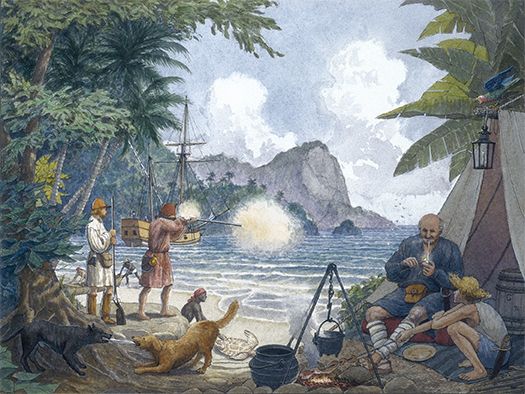 A buccaneer camp on Tortuga. 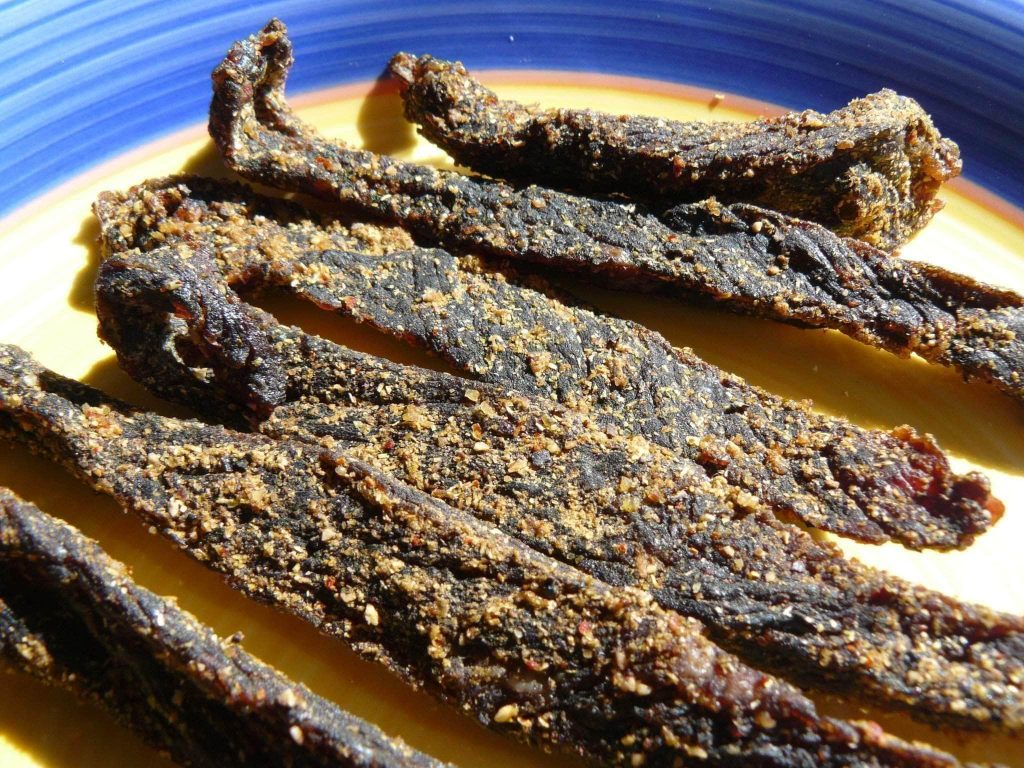 The frontiers of Southern Africa saw the development of biltong as a staple food. Biltong is made from game meat or beef. The modern biltong maker Bull & Cleaver describes the history of biltong.

The indigenous people of South Africa preserved meat by slicing it into strips, curing it with salt and hanging it to dry. European settlers who came to South Africa in the early 17th century added vinegar to the curing process, as well as potassium nitrate, which kills a deadly bacterium, while the vinegar inhibits its growth.

The need for food preservation at this time was crucial. Building up herds of livestock took a long time, but with game in abundance in South Africa, traditional methods were called upon to preserve the meat of large African animals in a warm climate. Since refrigeration had not been invented yet, the meat had to be preserved another way. The meat was preserved and hung to dry during the cold winter – the cold temperatures further inhibiting bacterial and fungal growth. After being dried, the biltong was packed in cloth bags, which allow air circulation to prevent mold. 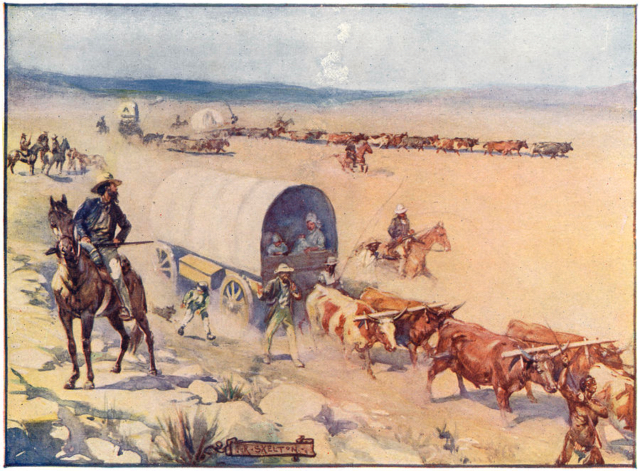 Biltong evolved from the dried meat carried by the wagon-travelling Voortrekkers, who needed stocks of durable food as they migrated from the Cape Colony into the interior of Southern Africa during the Great Trek. While biltong was already being made by the people of South Africa, the Voortrekkers quickly learned the skills of the natives, and further added a few ingredients of their own. They used vinegar, as well as a variety of spices including pepper, coriander and cloves. These flavorful additions created a whole new eating sensation. 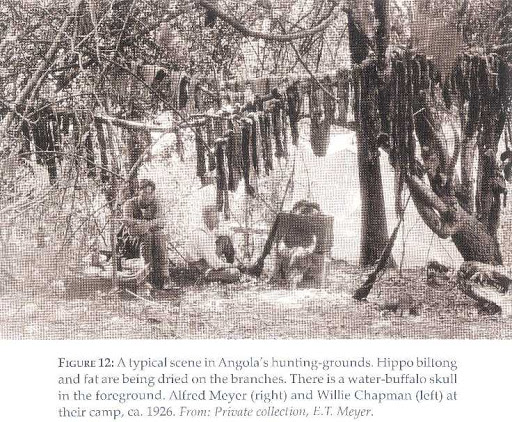 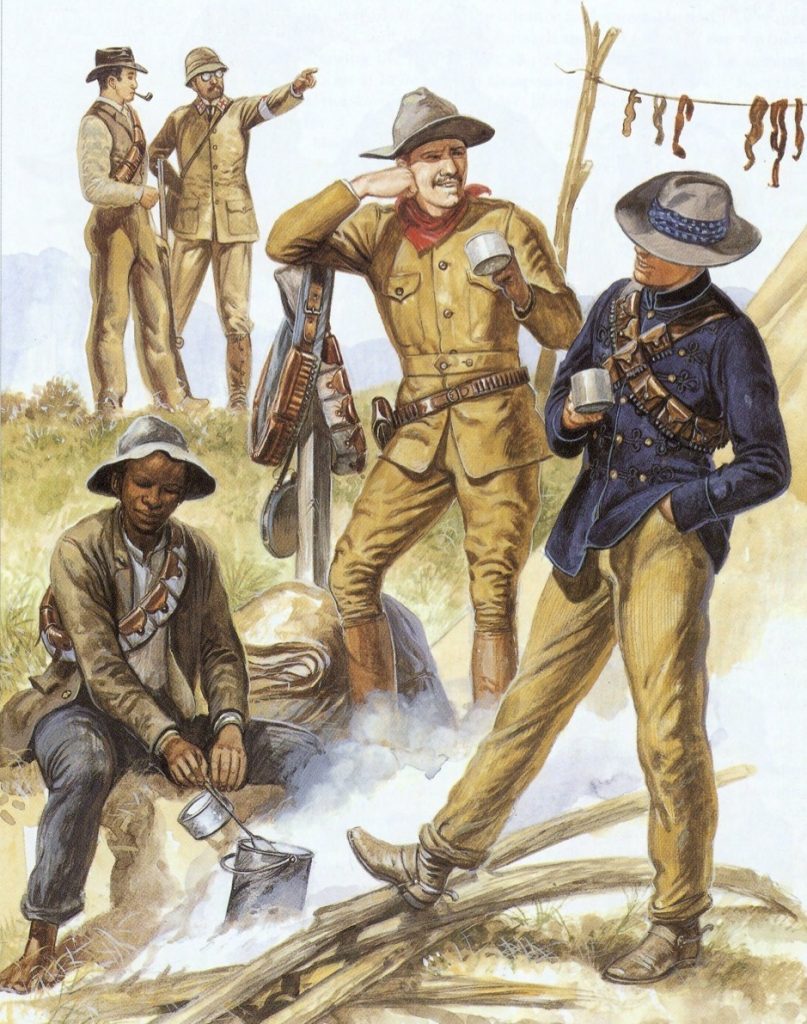 We keep hearing that Biltong — with no sugars and preservatives and a robust flavor — is going to supplant beef jerky in the USA. Don’t know about that. I likes me some biltong, but it’s expensive — no poor man’s repast. Maybe we should start making our own…