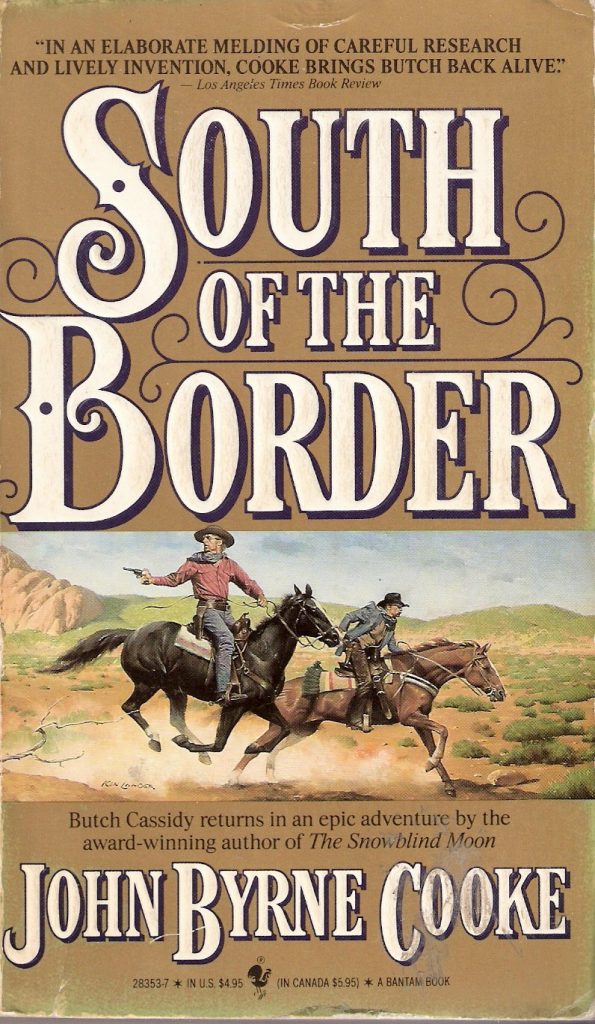 The Almighty Algorithm kicked up something a little offbeat while I was killing time before my virtual bookstore event with Michael Punke the other night: The Final 24 — Janis Joplin. It was an episode from a Canadian doco series documenting the demise of celebrities to include Jimi Hendrix, Jim Morrison, Tupak Shakur, Anna Nicole Smith, etc.

The only reason that this is of interest here at Frontier Partisans is that the doco featured John Byrne Cooke, who was Janis’ road manager and the one who found her body after she OD’d in a hotel room in Los Angeles on October 4, 1970.

Cooke was the son of the famous British TV presenter and writer Alistair Cooke (of Alistair Cooke’s America fame). He was also the author of a series of historical novels set during the Plains Wars of the 1870s, and one of my all-time favorite Western romances, South of the Border. Somewhere in a box is my battered old paperback copy of that novel. Now I want to dig it out…

How can you not love a yarn told in the authentic voice of legendary real-life  Cowboy Detective Charlie Siringo, involving a certain feller who DIDN’T die in a shootout in Bolivia, the early Hollywood movie industry, trains, Mexican Federales and Pancho Villa? From an author who ain’t afraid to throw in a Townes Van Zandt easter egg? C’mon, man!

It’s well worth tracking down a used copy.

John Byrne Cooke — musician, photographer, historian and storyteller — lived in Wyoming till his death from throat cancer in 2017.

Here’s to a well-wrought Western yarn. And… here’s to you Janis.