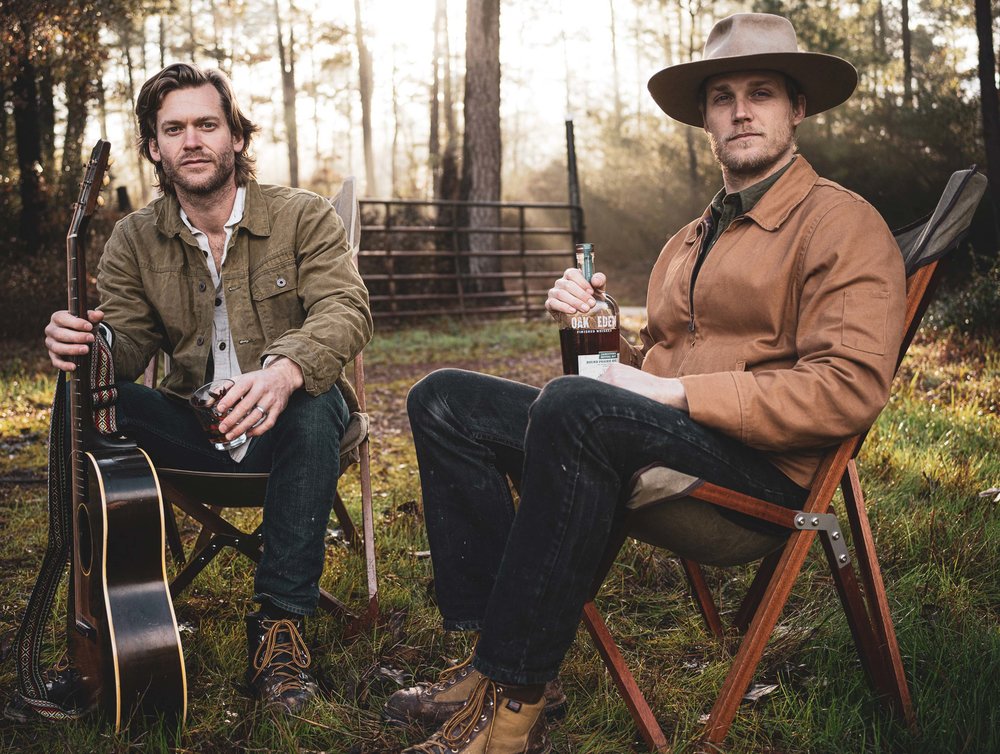 This crossed my trail this morning. Everly Brothers-style harmonies on a ballad reminiscent of the classic Western vignettes of Marty Robbins? Yeah, I’m in.

When the recording process of their new EP, Fireside With Louis L’Amour, was all said and done, Jonathan Clay and Zach Chance of Jamestown Revival took on the challenge of distilling a half-dozen tales from The Collected Short Stories of Louis L’Amour, Volume 1: Frontier Stories from 30-page adventures down to three and a half minute songs. Their tune “Bound for El Paso” comes from L’Amour’s “The Gift of Cochise,” “Fool Me Once” was inspired by “The Man from Bitter Sands,” and so on. Longtime fans of Jamestown Revival haven’t had to listen very hard to hear L’Amour’s influence on Clay and Chance, but this is the first time they have tipped their hats directly to America’s beloved frontier storyteller. The whole of Fireside With Louis L’Amour—six songs in total—was directly inspired by individual stories from L’Amour’s Volume 1 collection, allowing listeners to trace the precise roots of Jamestown Revival’s newest release.

“They say that L’Amour was the master of the short story and we would humbly agree. In 30 pages he manages to draw you in, make you invest in the characters, and oftentimes hit you with a twist that you truly didn’t expect,” say Clay and Chance. “The songs on Fireside With Louis L’Amour are our attempt to put a musical spin on some of Louis’ short stories found on The Collected Short Stories of Louis L’Amour, Volume 1: Frontier Stories. It’s been challenging and incredibly rewarding.” To have the family of L’Amour on board was just icing on the cake for Jamestown Revival. “On top of that, it’s been an absolute honor to have the blessing of Louis’ son, Beau, and the L’Amour estate. We hope these songs inspire you to pick up The Collected Short Stories of Louis L’Amour and read the true inspiration behind the music,” they say, before adding, “We also feel it’s worthwhile to mention these songs should be best enjoyed sitting next to a fire with a nip of whiskey in the glass.”

A bit about Jamestown Revival from their Wiki page:

Zach Chance and Jonathan Clay grew up together in Magnolia, Texas, and collaborated on their first song at the age of 15. Each launched solo singer-songwriter careers and were on tour as individual artists who would sing harmonies on each other’s work. It was decided to form a band with harmonies at the forefront as it generated positive audience response. Jamestown Revival was formed in 2010 as a duo and expanded to a five-member band. The name Jamestown Revival was derived from one of the first United States settlements, Jamestown, Virginia, homage to Creedence Clearwater Revival, and the concept of leaving behind the old and starting anew. The band wrote music they wanted to hear rather than what appealed to the masses using the music they listened to as a gauge of quality of their work. The band’s music inspirations come from storytellers of adventure such as Louis L’Amour, Willie Nelson and John Prine as well as nature, and simplicity. Jamestown Revival’s first album, Utah, was named for the band’s recording location in the Wasatch mountains, Utah, where while living in a cabin they used minimal recording studio equipment to create a unique style. The band’s move from Texas to California inspired their song “California (Cast Iron Soul)”.