The title deserves an award all its own. Sure caught my eye. Then I saw the author’s name.

I know Josh Ritter as an “Americana” musician and songwriter. He played the Sisters Folk Festvial’s Winter Concert Series here a few years back and absolutely blew the doors off. Here’s a real good sample of what that’s like…

Ritter is also a novelist. He published Bright’s Passage, about a World War I veteran returning to West Virginia back in 2011. He’s got a new one coming out that I reckon I’ll want to read. 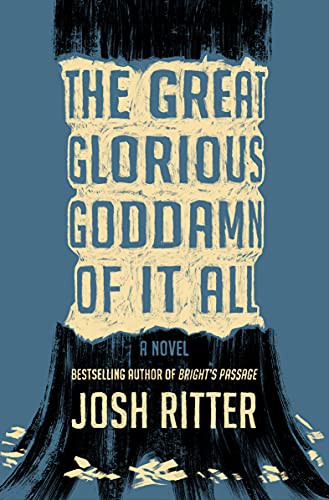 In the tiny timber town of Cordelia, Idaho, everyone has heard tales of the Applegates. Local legend says their family line boasts some of the greatest lumberjacks to ever roam the American West, and from the moment young Weldon stepped foot in the deep Cordelia woods as a child, he dreamed of joining the rowdy ranks of his ancestors in their epic axe-swinging adventures. But at the beginning of the twentieth century, times are changing fast, and the jacks are dying out.

On his deathbed nearly a century later, Weldon Applegate recounts his life in all its glory, filled with tall tales writ large with murder, mayhem, avalanches and bootlegging. It’s the story of dark pine forests brewing with ancient magic, and Weldon’s struggle as a boy to keep his father’s inherited timber claim, the Lost Lot, from the ravenous clutches of Linden Laughlin.

Braided with haunting saloon tunes and just the right dose of magic, The Great Glorious Goddamn of It All is a novel bursting with heart, humor and an utterly transporting adventure that is sure to sweep you away into the beauty of the tall snowy mountain timber. 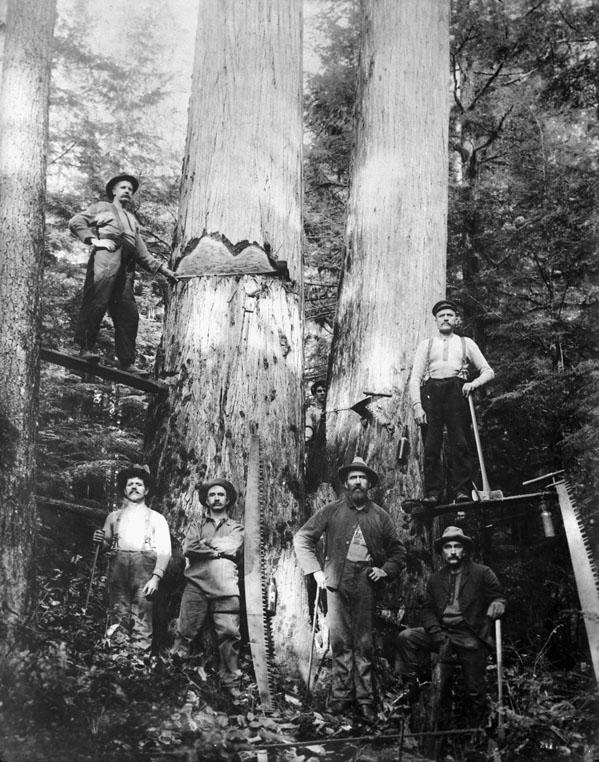 I mean, nobody expects me to walk past tall tales writ large with murder, mayhem, avalanches and bootlegging, do they?

Logging stands with the Fur Trade as one of the mighty, continent-spanning American enterprises — heroic in its epic danger and labor; civilization-building; environmentally exploitive and destructive; a creator of wilderness legends. Drops September 7.