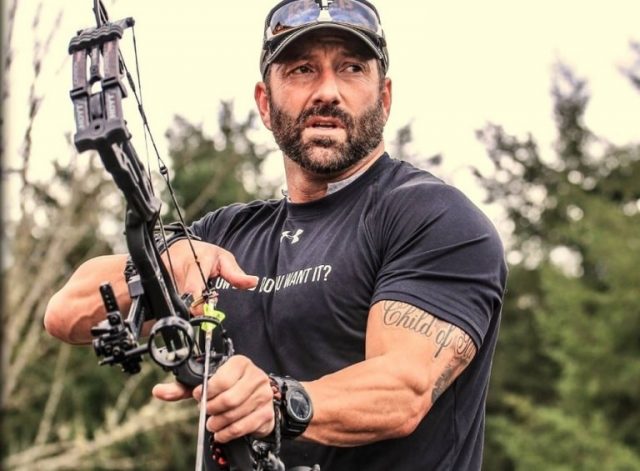 Longtime readers will know that I haven’t hit the gym in many years. I get my exercise on the trail and in the Frontier Partisan Biathlon, which involves kettlebell complexes and shooting (with my beloved CZ452FS .22). Listening to a hunting podcast titled Blood Origins, I discovered that there is a whole Lift/Run/Shoot culture out there — which I think is just grand. One guy in particular seems to have made it his brand. Cameron Hanes is a beast.

I made the mistake of running “sprints” last February after a snow-melting rain. The cinders at Zimmerman Butte turned into a soupy slurry, and running in that mess gifted me with a light high-ankle sprain that nagged at me for better than two months. It seems to be good now (it was slightly twingy on a recent 10-miler; not noticeable on Saturday’s five-mile ramble), but I hesitate to run on it. I was seriously concerned that the ankle was going to inhibit my hiking this season, and that would be unacceptable. I don’t want to aggravate it. But then, maybe I’m just making an excuse because I never liked to run. I guess I prefer Lift-HIKE-Shoot.

Frontier Partisan history is replete with epic running feats, the most legendary one being Mountain Man John Colter’s epic run from the Blackfeet in 1806. 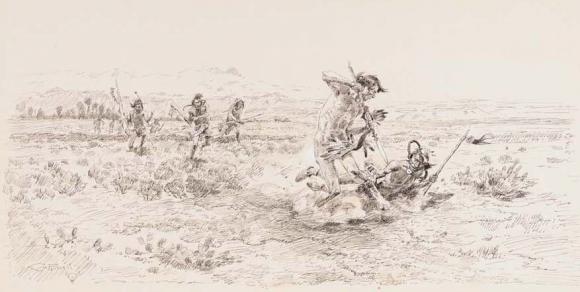 That’s in the Chattahoochee National Forest (where the Cocaine Bear aka Pablo Escobear stumbled upon his demise).

Cruel Jewel is a 106 mile foot race deep with in the beautiful Chattahoochee National Forest of the North Georgia Mountains. It consists of 94 miles of trails, 12 miles of mountain roads, and 20 aid stations. Along your journey from Vogel State Park to Blue Ridge, GA and back, you will experience tough, and sometimes technical, single track trails, ferns and old growth poplar trees, steep ascents and even steeper descents, an historic steel bridge spanning the Toccoa River, the Dragon’s Spine, lush green hardwood forests, rocks, roots and ridge lines … all of which will be passed before you reach your final destination. And as a bonus we have thrown in 33,000 feet of gain and 33,000 feet of loss just to keep it interesting!

The Cruel Jewel 100 is laid out for tough and experienced trail runners, therefore there will be qualifications and requirements to be eligible for entry and strict cut off times at all aid stations put in place for your safety.

We now know who will play Billy the Kid in the forthcoming series. 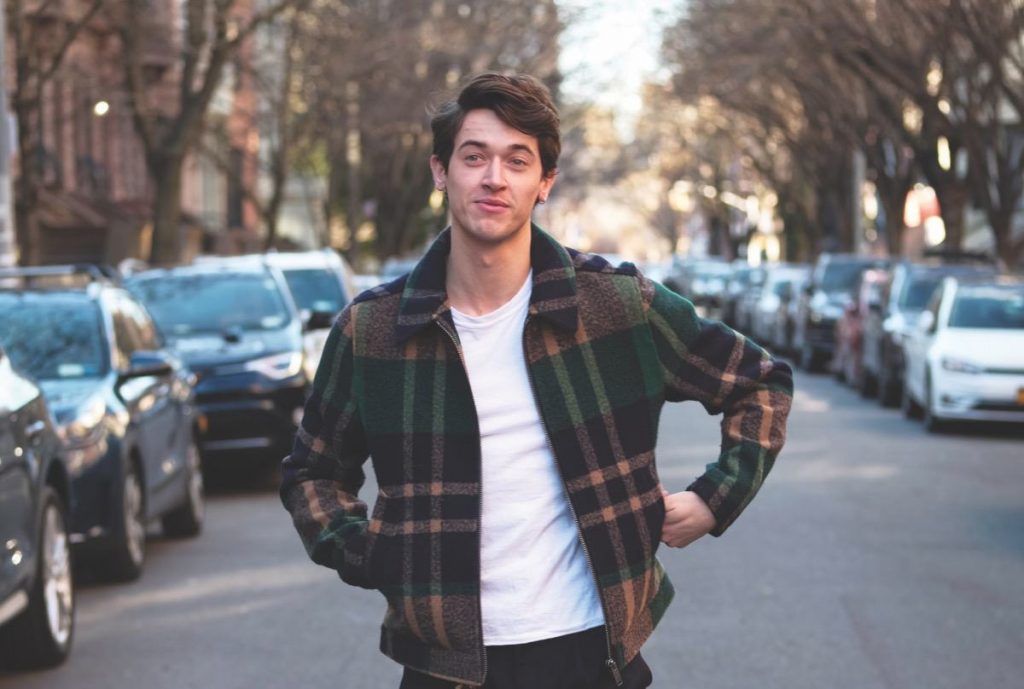 The series is described as an epic romantic adventure based on the life of Billy the Kid, also known as William H. Bonney — from his humble Irish roots and his early days as a cowboy and gunslinger in the American frontier, to his pivotal role in the Lincoln County War and beyond.

I can see that… 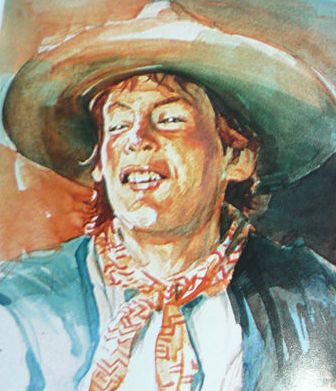 The Great War Youtube documentary series is a remarkable achievement. A week-by-week account of the First World War released to coincide with the centennial of that watershed conflict, these short pieces, crafted by non-academic enthusiasts, delve into nooks and crannies usually overlooked on bigger-scale documentaries. I posted links to several of the pieces on the war in Africa back in 2016.

To their credit, the Real Time History team behind The Great War carried on their work into the highly unstable post-war world, covering conflicts such as the Polish-Soviet War, conflicts in the Balkans, etc. Here’s a piece they did summarizing the Mexican Revolution. There are a couple of photo-text mismatches, but as a thumbnail portrait, I think it’s a worthy piece of work.

And, it features the wonderful quote from Emiliano Zapata in response to Francisco Madero’s plea that Zapata’s forces disarm in favor of laws to protect them:

“It strikes me that there won’t be more laws than there are guns.”

Marilyn found a Frontier Partisan yard gnome and got if for me. I feel seen. 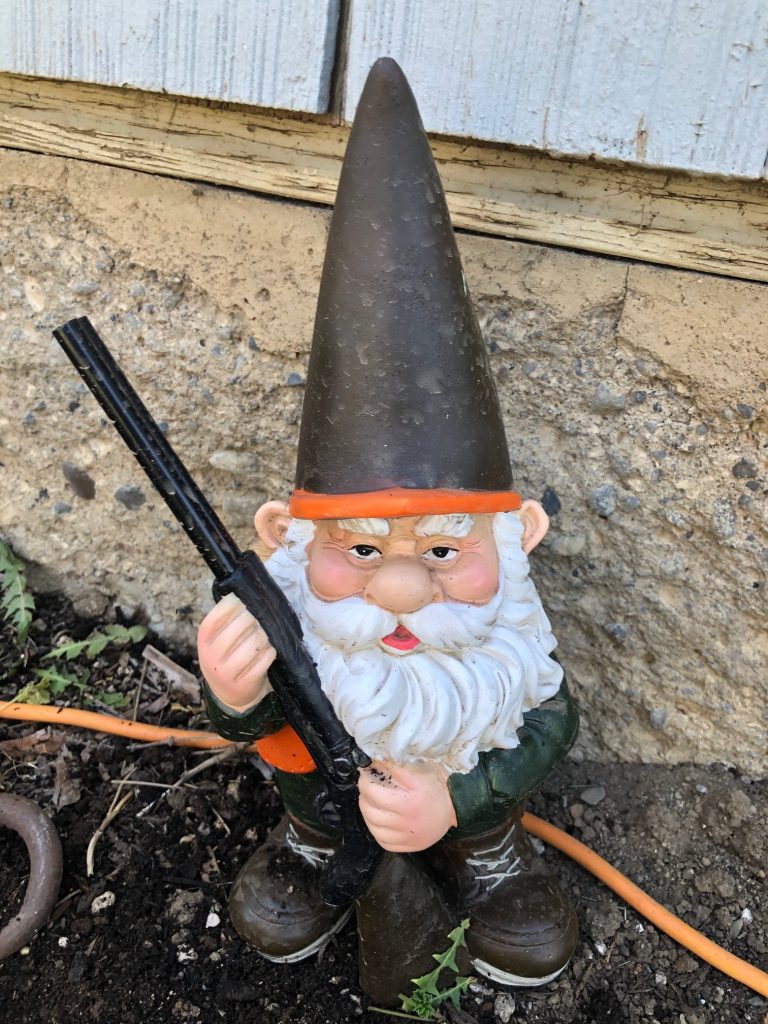 Previous Post: « Firearms Of The Frontier Partisans — The Mighty Mauser
Next Post: The Team House — Eagle Down »