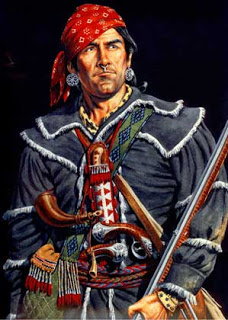 After he defected from the American Patriot cause in 1778, Simon Girty became a highly successful agent and operative for the British Indian Department, and a key figure in the long struggle for the Ohio Valley frontier. A skilled operator, he joined native war parties on raids and major expeditions, and rallied the native warriors to defend against expeditions aimed at their bases in the Ohio Country. Though he worked to spare American captives from torture and death, a black legend grew up around Girty that made him the most hated figure in American Frontier Partisan history.

Part III of the Frontier Partisans Podcast explores the truth of Simon Girty’s War. You can access it here.