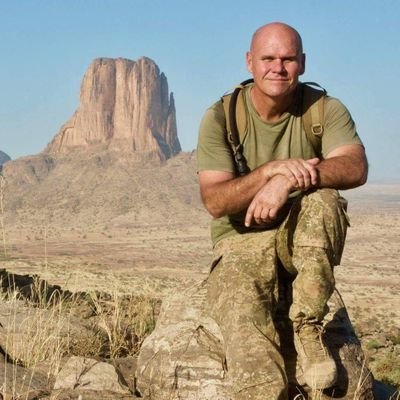 Rory Young, Zambia-born Irish anti-poaching and wildlife preservation activist has been murdered by jihadis in Africa.

OUAGADOUGOU, Burkina Faso — Two Spanish journalists and the Irish director of a wildlife foundation were killed Monday in an ambush in eastern Burkina Faso, the Spanish government and officials in the African country said Tuesday.

The two journalists were working with the wildlife campaigner on a documentary about poachers in a national park bordering Benin when they were attacked by gunmen, Spain’s Foreign Minister Arancha González Laya said Tuesday in a press conference in Madrid.

The Spanish journalists were David Beriáin, 44, and Roberto Fraile, 47, both from northern Spain, said members of the Reporters Without Borders organization representing the two reporters’ families.

Beriáin was conducting early research for a documentary project on how Burkina Faso’s authorities are tackling poaching, also focusing on the communities of people living in the park, according to media content producer Movistar Plus.

The company identified the Irish victim as Rory Young, director of the Chengeta Wildlife Foundation. Young was the subject of a July 2020 PBS NewsHour profile, detailing his wildlife preservation efforts…

…An audio message heard by The Associated Press that purports to be from the jihadist group known as JNIM that is linked to al-Qaida claimed responsibility for the attack. “We killed three white people. We also got two vehicles with guns, and 12 motorcycles,” said the recording.

Burkina Faso’s special military wildlife unit was ambushed Monday morning while traveling with the foreigners, 15 kilometers (9 miles) from their base at the eastern town of Natiaboni, Yendifimba Jean-Claude Louari, the mayor of Fada N’gourma, the main town in the east, told AP.

“This attack is of significant importance because it shows (the jihadists) capacity to mount a strategic and deadly attack against a significant convoy heavily protected by Burkinabe security forces and rangers,” said Flore Berger a researcher in the Sahel, the vast area south of the Sahara Desert that stretches across West and Central Africa…