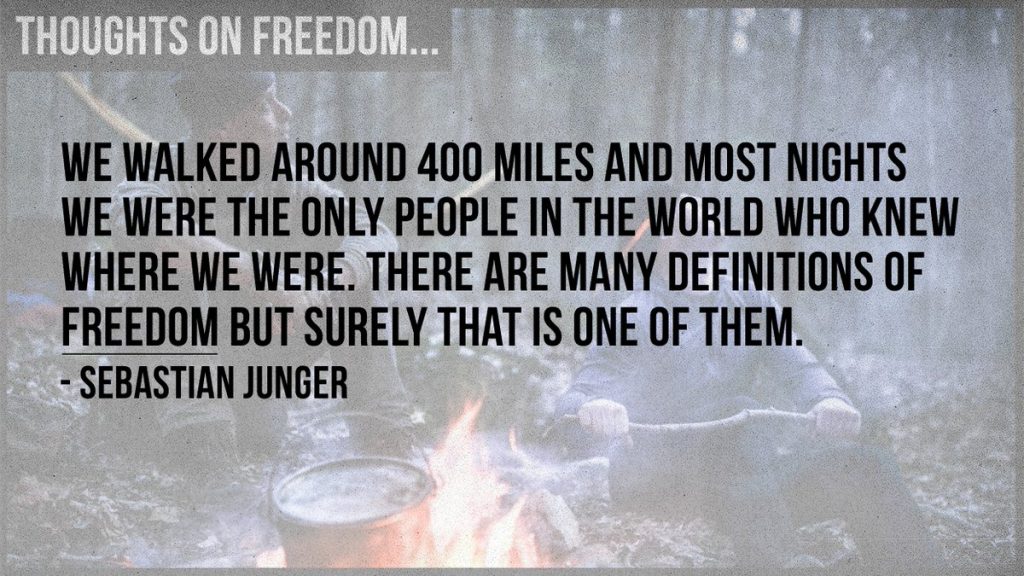 Looks like I’ll have to be picking up Sebastian Junger’s next tome, which drops on May 18. You will have no trouble discerning why…

Throughout history, humans have been driven by the quest for two cherished ideals: community and freedom. The two don’t coexist easily. We value individuality and self-reliance, yet are utterly dependent on community for our most basic needs. In this intricately crafted and thought-provoking book, Sebastian Junger examines the tension that lies at the heart of what it means to be human. 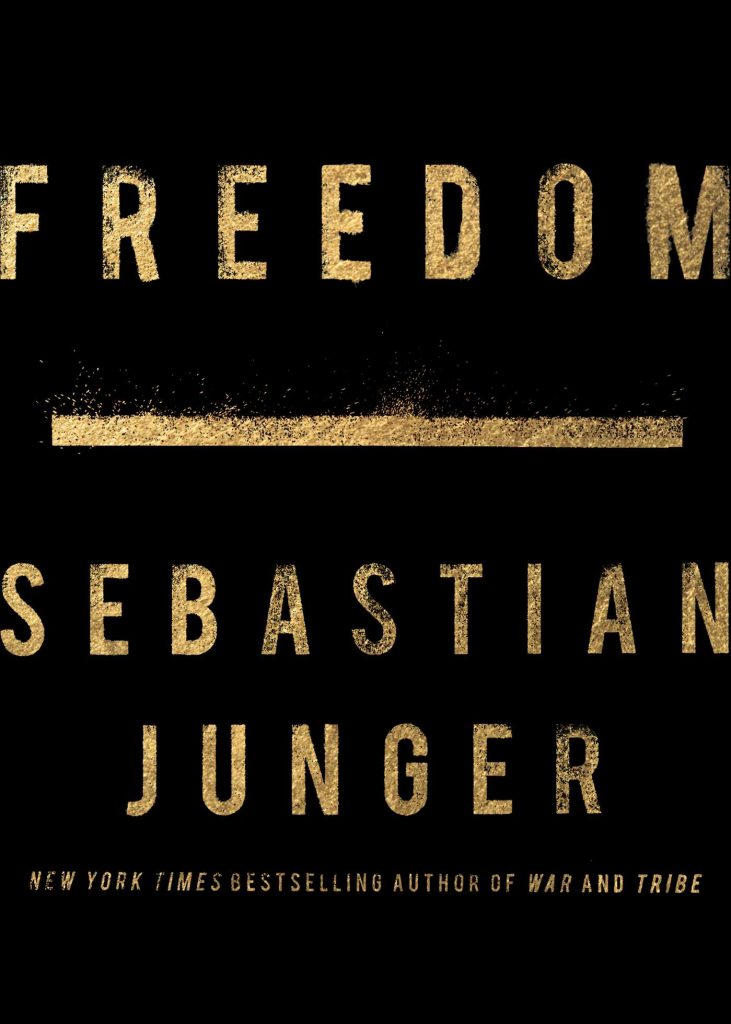 For much of a year, Junger and three friends—a conflict photographer and two Afghan War vets—walked the railroad lines of the East Coast. It was an experiment in personal autonomy, but also in interdependence. Dodging railroad cops, sleeping under bridges, cooking over fires, and drinking from creeks and rivers, the four men forged a unique reliance on one another.

In Freedom, Junger weaves his account of this journey together with primatology and boxing strategy, the history of labor strikes and Apache raiders, the role of women in resistance movements, and the brutal reality of life on the Pennsylvania frontier. Written in exquisite, razor-sharp prose, the result is a powerful examination of the primary desire that defines us. 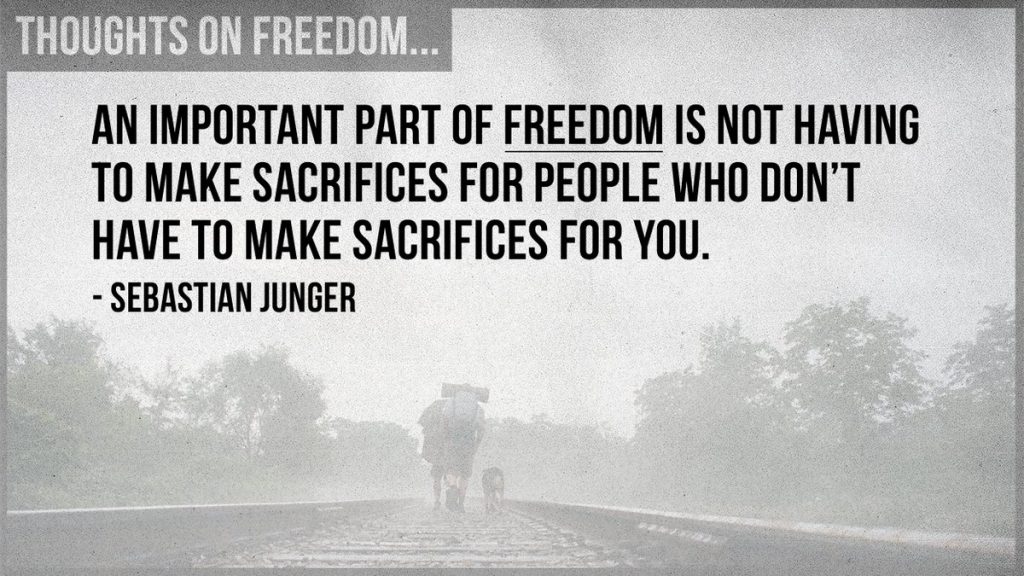 The image of the frontiersman — the Long Hunters and Mountain Men particularly — is one of radical freedom and isolation, the man alone in the wilderness. There is some basis for this. Daniel Boone spent a year alone in the wilds of Kentucky. John Colter, considered the first mountain man, conducted an epic circuit through the Yellowstone country on his own. But in reality, the Long Hunters and the Free Trappers both generally worked in team and family groups, for security, the sharing of labor — and human companionship. Ideally, they found a balance of freedom and community, and, when things worked right, a sense of freedom in community. 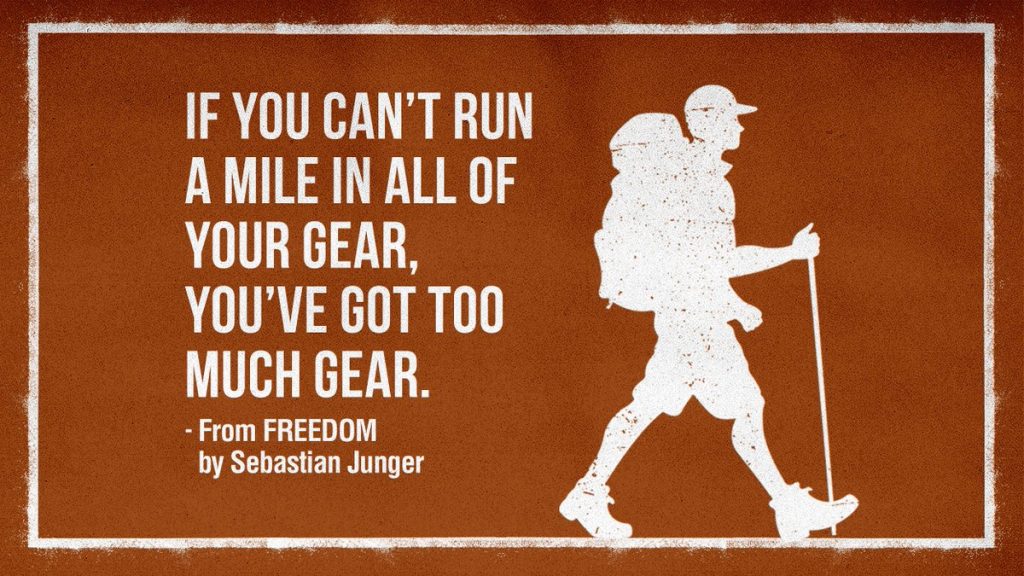 Freedom is under assault on every front these days.  One of the most gut-churning observations in the The National Intelligence Council’s Global Trends report from the Office of the Director of National Intelligence is that we have hit a point in a total-surveillance society where any zone of personal privacy — which I deem to be essential to freedom — will soon disappear. Some of those who assert the right and freedom to be exactly who and what they choose to be in the world perversely seek to regulate others’ speech, eating habits, their very thoughts.

Junger took on questions of community and connectedness in his previous book, Tribe. I am skeptical of his hope that the connectedness and sense of purpose that is wired into us as communal people can be scaled up. I am interested to see whether the experiences that underpin Freedom have modified his views.

This published today. This got ordered today. First serious biography of the great Mountain Man in 50 years… 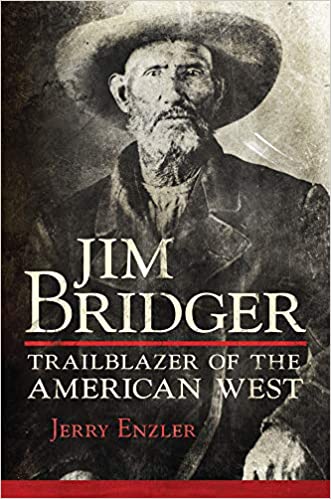 Even among iconic frontiersmen like John C. Frémont, Kit Carson, and Jedediah Smith, Jim Bridger stands out. A mountain man of the American West, straddling the fur trade era and the age of exploration, he lived the life legends are made of. His adventures are fit for remaking into the tall tales Bridger himself liked to tell. Here, in a biography that finally gives this outsize character his due, Jerry Enzler takes this frontiersman’s full measure for the first time—and tells a story that would do Jim Bridger proud.

Born in 1804 and orphaned at thirteen, Bridger made his first western foray in 1822, traveling up the Missouri River with Mike Fink and a hundred enterprising young men to trap beaver. At twenty he “discovered” the Great Salt Lake. At twenty-one he was the first to paddle the Bighorn River’s Bad Pass. At twenty-two he explored the wonders of Yellowstone. In the following years, he led trapping brigades into Blackfeet territory; guided expeditions of Smithsonian scientists, topographical engineers, and army leaders; and, though he could neither read nor write, mapped the tribal boundaries for the Great Indian Treaty of 1851. Enzler charts Bridger’s path from the fort he built on the Oregon Trail to the route he blazed for Montana gold miners to avert war with Red Cloud and his Lakota coalition. Along the way he married into the Flathead, Ute, and Shoshone tribes and produced seven children.

Tapping sources uncovered in the six decades since the last documented Bridger biography, Enzler’s book fully conveys the drama and details of the larger-than-life history of the “King of the Mountain Men.” This is the definitive story of an extraordinary life.

Taylor Sheridan. Again. Holy smokes is this guy prolific. I didn’t know Sheridan wrote Without Remorse, which drops April 30. I read the Tom Clancy novel close to 30 years ago and remember almost nothing about it. But Sheridan’s name on a writer’s credit guarantees I’ll be watching. 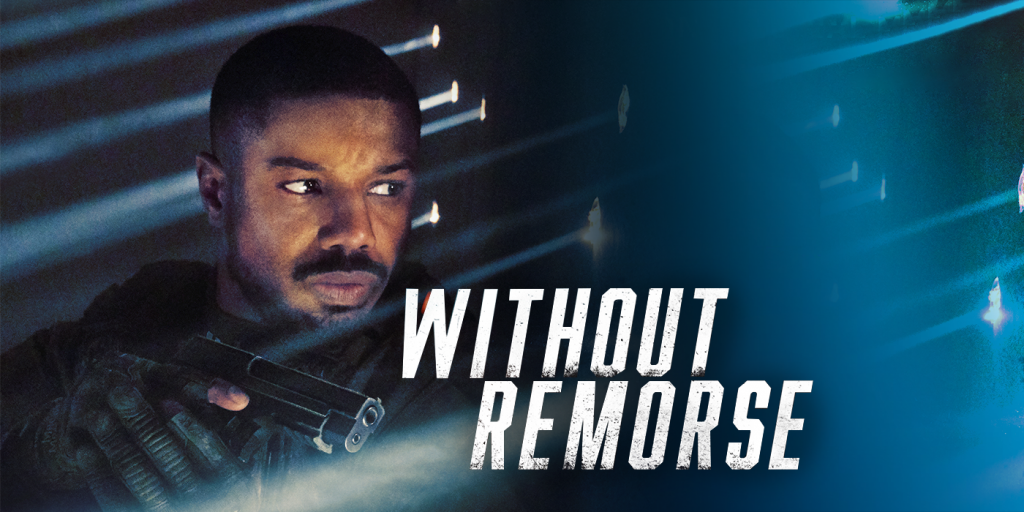 In the last five years, few screenwriters have managed to generate as much excitement as Taylor Sheridan. He first got on people’s radars with his script for Denis Villeneuve’s Sicario, followed those up with screenplays for David Mackenzie’s Hell Or High Water, and Wind River (which was also his directorial debut), and most recently has created a massive fan base with the series Yellowstone. He’s been away from the world of features for a few years now, but that streak ends with the arrival of Tom Clancy’s Without Remorse – which director Stefano Sollima says had important contributions from the writer that were key to the movie’s success.

Some dude at Playlist HATES it:

In Clancy’s pro-military, pro-U.S. government novels, American might is right. But with Sheridan as the screenwriter, times have changed and “Without Remorse” shifts into more shady government conspiratorial territory. Either way, it’s grimdark for the military-industrial complex, bleak, cynical, utterly humorless, and totally unpleasant.

My next podcast listen will be The Art of Manliness’ session is Vic Verdier on “How To Keep Your Edge As You Get Older.”

I’m familiar with Verdier. He’s a MovNat guy, a kettlebell man, and a martial artist (with an emphasis on Krav Maga), and I believe strongly in the value of what he promotes. Remember, some guys just give up living’/Start dyin’ little by little, piece by piece/Some guys come home from work and wash up/And go racing in the street… 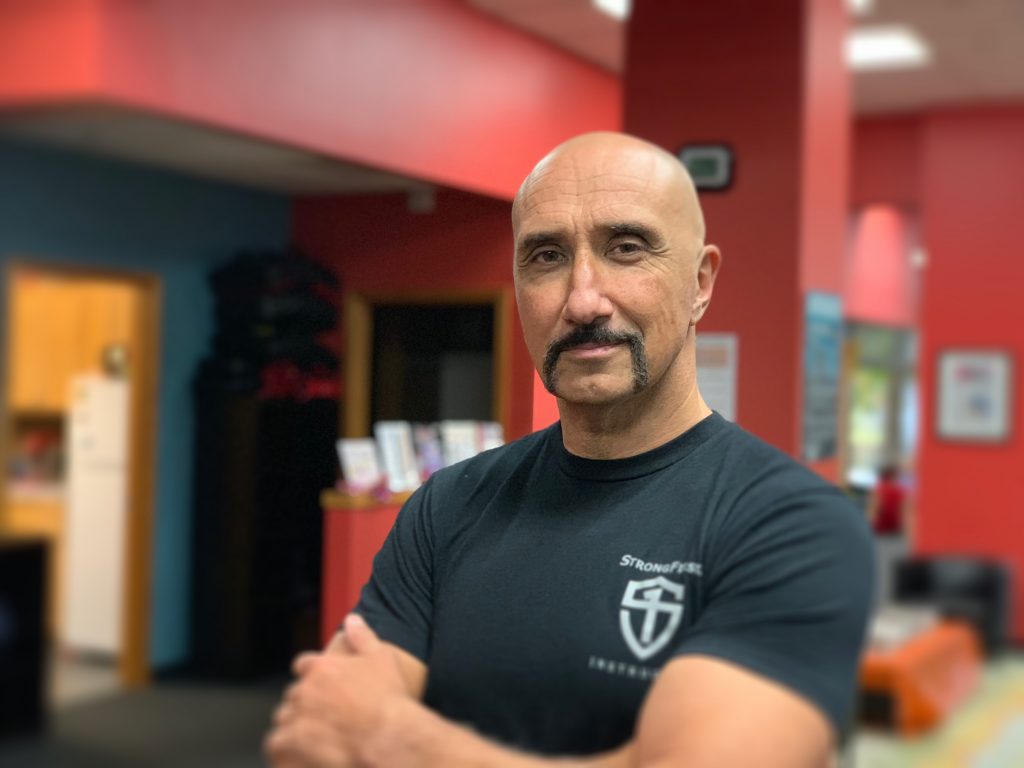 …he shares his advice on how a man can stay fit and engaged with life as he gets older. We first discuss Vic’s background before getting into why it’s important for men to seek physical achievement and become physical polymaths, and the role strength training, cardio, and working on your balance plays in that pursuit. Vic then shares his advice on keeping the pounds down and your testosterone up as you age, and why he thinks training in combatives is important on both a practical and psychological level.

We talk about the importance of maintaining a connection to nature and keeping your possessions minimal, before ending our conversation with why it’s important to stay comfortable with being uncomfortable, and how men can continue to seek adventure and exploration, even when they live in the suburbs.

I have previously written about the connections between the spy and the scout. I consider the field of espionage to be a branch of Frontier Partisan Studies. And, since it’s a self-directed curriculum, who can gainsay it? Kinda like Steve Earle said about writing Copperhead Road on a a mandolin that he didn’t know how to play. Nobody can say he did it wrong, cuz he wrote it…

Recently discovered yet another excellent podcast, one that explores some truly fascinating espionage-related stories, involving both professional and amateur — you might say accidental — spies.

The current season of True Spies has the advantage of being hosted and narrated by Vanessa Kirby, whose lovely English accent makes for most pleasant listening. 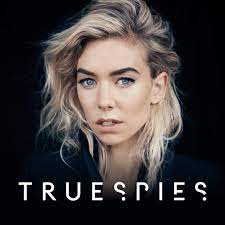 For those of you who are expecting me to take advantage of the espionage-related topic to run yet another set of gratuitous pictures of Russian Illegal Anna Chapman, I ask you, do you really think I’d do such a thing? 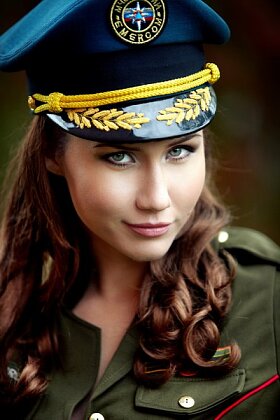 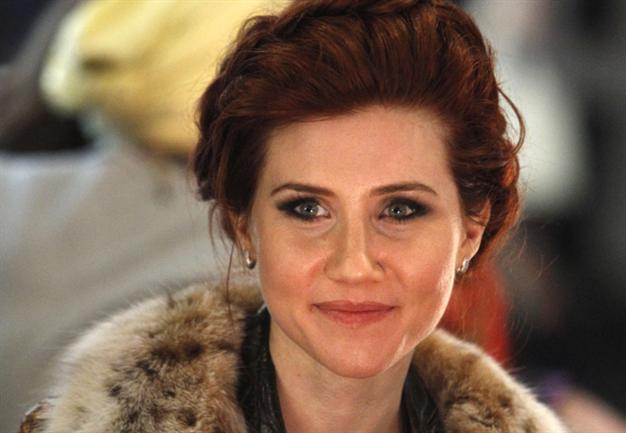 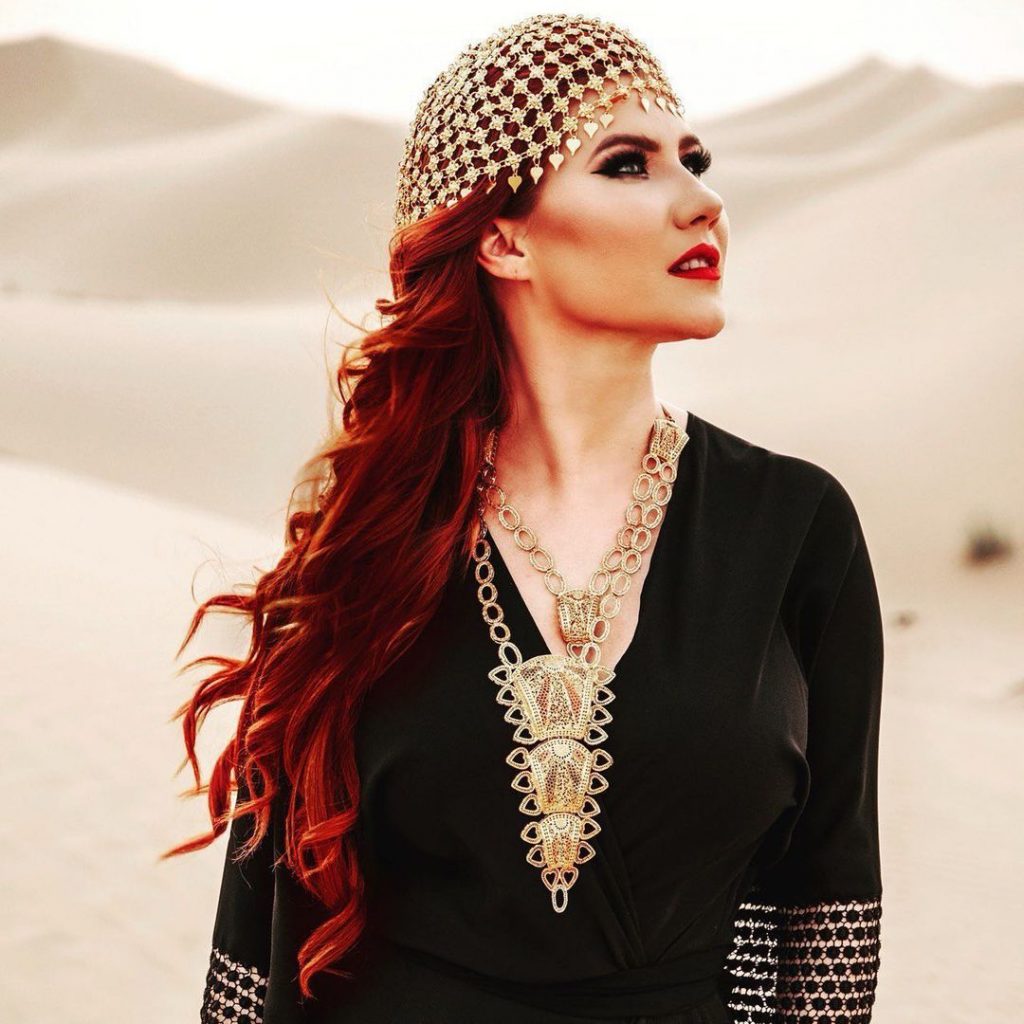 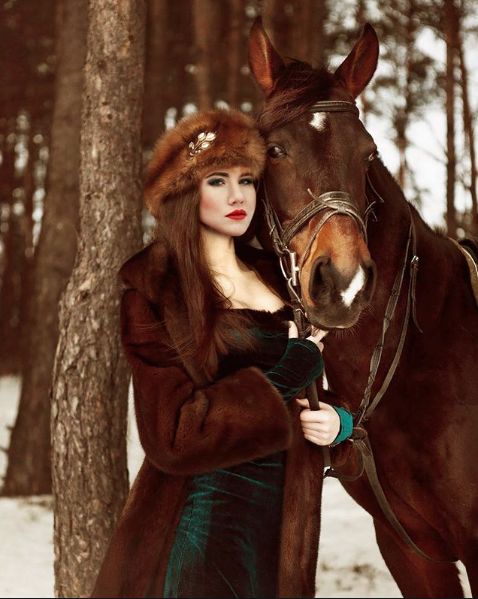