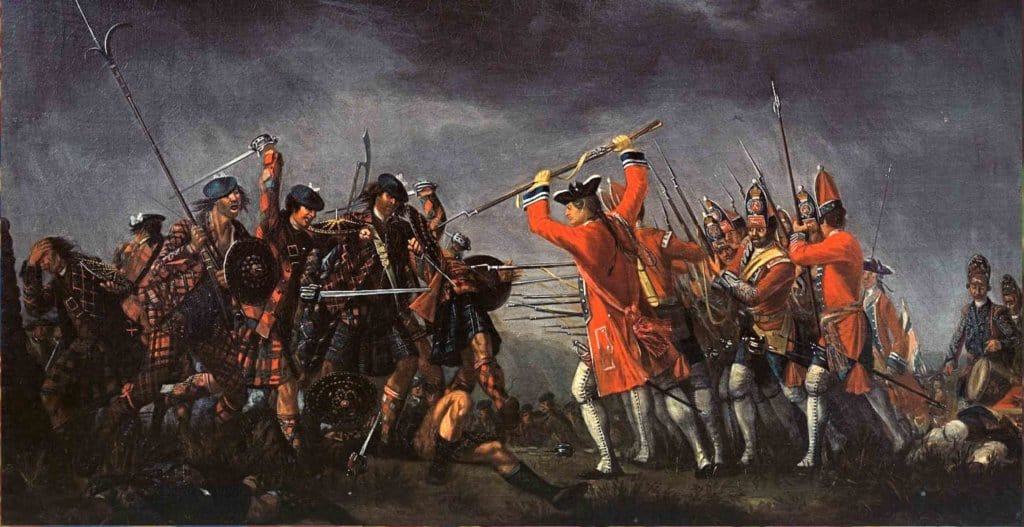 Today, April 16, 2021, marks the 275th anniversary of the Battle of Culloden Moor, where the last great Jacobite uprising was crushed in a mighty slaughter of the warriors of the Highland Clans.

Their defeat there at the hands of the Duke of Cumberland marked the end of the movement to restore the Stuart dynasty to the British throne, a movement that had flared and guttered repeatedly since James II was run out of England in the Glorious Revolution of 1688. The Jacobite underground created as much intrigue as any cold war, and when it burst into a major Rising in 1745, it led the Highland Clans to destruction.

It’s important to note that the 1745 Rising was not simply another major round in the English/Scottish Wars. It was a civil war pitting Lowlanders vs. Highlanders and some of the ever-feuding Highland Clans against one another.

In honor of the day, I invite you to listen to The Frontier Partisans Podcast series on the Highland Scots — A Frontier People: