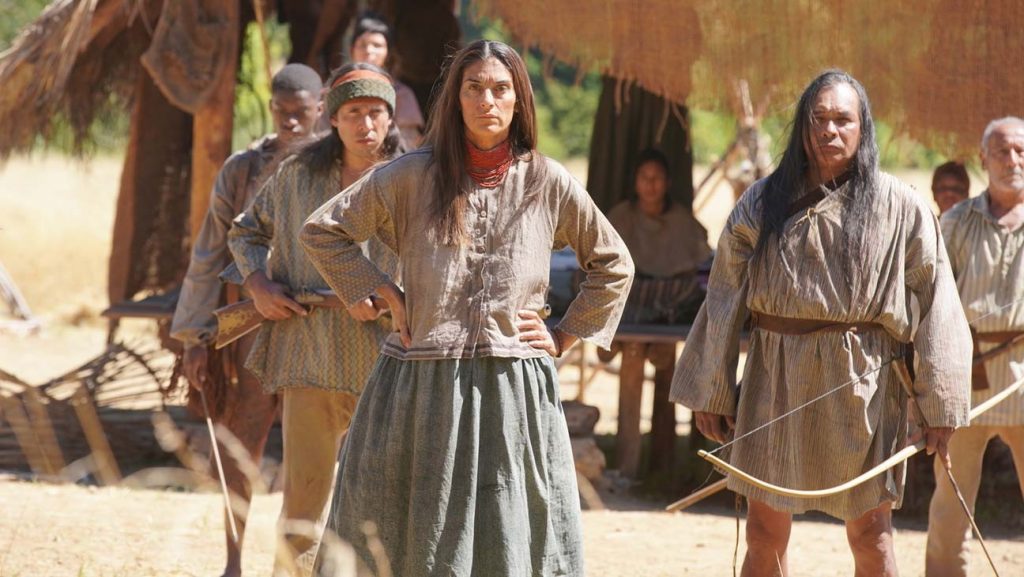 “The past has a future we never expect.”

I am striving to withhold prejudgement of the HBO offering, Exterminate All The Brutes* which drops on April 7 — but it’s signaling pretty clearly what it is: an indictment of Western Civilization as a fundamentally genocidal project. Readers of Frontier Partisans know that I am entirely in favor of casting aside the old triumphalist version of frontier/colonial history in favor of a clear, hard-eyed understanding of the cost inherent in the building of the world in which we live — including genocide, bondage and environmental destruction.

I champion works like Brian DeLay’s War of a Thousand Deserts and Pekka Hämäläinen’s The Comanche Empire and Lakota America, works that foreground the agency of native peoples in navigating an era of shifting, expanding and conflicting empires. Works that recognize that man is, indeed, a killer angel.

I don’t think this is one of those. I shall be very surprised if the Cow Creek Massacre is accounted for, or The Mfecane, or more modern exterminationist frenzies such as Rwanda and Cambodia, which cannot be credibly laid to the account of a white supremacist West.

The colonial expansionism of European civilization in the 500 years from the late 15th Century through the 20th century does, in fact, have much to account for. The West created the modern world that we live in, with all of its marvels, wonders and unprecedented comforts. It is right to recognize that the credit side of the civilizational ledger must be balanced against a bloodstained tome of debits.

The very dynamism of a culture that exploded out of relative medieval insularity into global domination lent itself to an enormous — almost incalculable — capability for destruction, including, in all likelihood, self-destruction.

However, I think it is a grave error to mistake this essentially technological capability for a uniquely deformed moral capacity.

But… as I say… I’m trying to approach the film with an open mind and heart, and I promise to return to you with a thorough assessment.

Exterminate All the Brutes, from acclaimed filmmaker Raoul Peck (I Am Not Your Negro, HBO’s Sometimes in April), is a four-part hybrid docuseries that provides a visually arresting journey through time, into the darkest hours of humanity. Through his personal voyage, Peck deconstructs the making and masking of history, digging deep into the exploitative and genocidal aspects of European colonialism — from America to Africa and its impact on society today.

Based on works by three authors and scholars — Sven Lindqvist’s Exterminate All the Brutes, Roxanne Dunbar-Ortiz’s An Indigenous Peoples’ History of the United States, and Michel-Rolph Trouillot’s Silencing the Past — Exterminate All the Brutes revisits and reframes the profound meaning of the Native American genocide and American slavery and their fundamental implications for our present.

The series disrupts formal and artistic film conventions by weaving together rich documentary footage and archival material, as well as animation and interpretive scripted scenes that offer a counter-narrative to white Eurocentric history. Through a sweeping story in which history, contemporary life and fiction are wholly intertwined, the series challenges the audience to re-think the very notion of how history is being written.

*The phrase comes from Joseph Conrad’s Heart of Darkness.

Previous Post: « Working The Trapline — Blades And La Recua
Next Post: You Can Run On For A Long Time »