Of late, I’ve gone down a bit of a sidetrail into the brambles of the Stuart Dynasty of Scotland and England. In part, the journey is a product of reading for The Frontier Partisans Podcast. The last attempt to restore the Stuarts in 1745 led to the destruction if the Highland Clans. I’m also doing a lot of reading and pondering on revolution and the manner in which the centrifugal force of politics spins out to the extremes. Because, well…

A rewarding sidetrail it has been. I’ve watched a couple of documentaries on the Stuarts and delved into Charles Spencer’s Killers of the King: The Men Who Dared Execute Charles I. (Spencer is the brother of Princess Diana and quite an able historian and writer). When Charles II was restored to the throne in 1660, he set about getting royal revenge on the men who were responsible for chopping off his father’s head. Their executions were gruesome affairs. 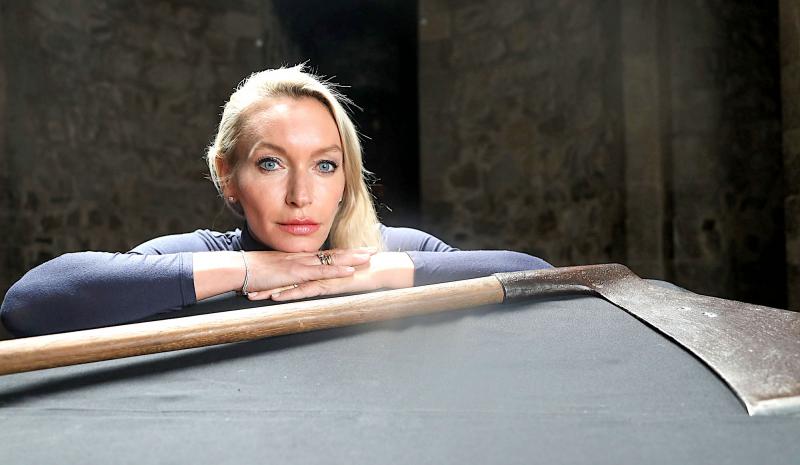 Historian Lisa Hilton is the presenter of a pair of BBC documentaries on the downfall of Charles Stuart in the English Civil War. Charles I: Downfall of a King can be found on Amazon Prime, and parts of Charles I: Killing a King have been uploaded to Youtube.

Two of the regicides — Roundhead soldiers Edward Whalley and William Goffe, who were among those who signed Charles I death warrant — fled England for North America, where they found refuge among sympathetic Puritans in New England. That’s where the aftermath of the English Civil War intersects with Frontier Partisan history and legend. The hunt for Goffe and Whalley is the basis for Christopher Buckley’s rollicking historical novel, The Judge Hunter, which I recommend as a most enjoyable yarn. And Goffe would go down in legend as The Angel of Hadley.

The story goes that, in 1675, the town ow Hadley, Massachusetts, was under grave threat from attack by the Wampanoag and their allies during King Philip’s War. We’ll let Spencer take up the tale: 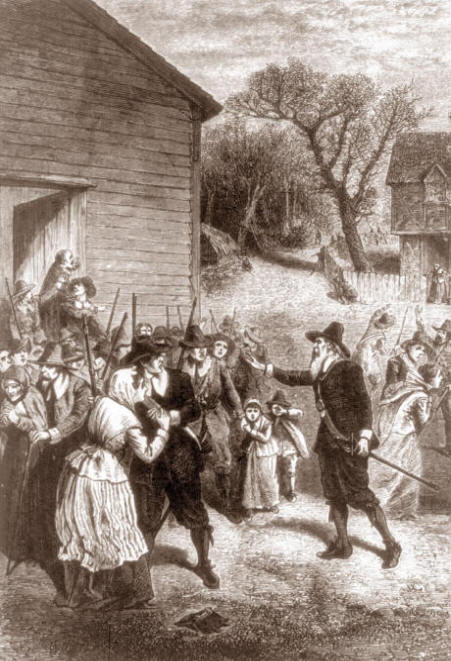 Once the settlers were safe, the anonymous man slipped away: he sought no thanks, and was never seen again. Theis mystery figure became known as ‘the Angel of Hadley’. It was only when John Russell died in 1692 that it became common knowledge that the two regicides had lived in Hadley. After this, the ‘angel‘ was quickly assumed to be the old New Model Army hero, Major General William Goffe. He was said to have brought to to bear his military know-how for the salvation of a community that had been largely ignorant of his presence in their midst. After years of living in secret, he had come into the open to offer his fighting skills to the beleaguered settlement.

It’s quite a tale. Historians have not been able to nail it down and triangulate it with documented events of the War — but believers in the legend point out that dates and details were probably obfuscated to protect Goffe. Perhaps. In any case, Goffe did apparently leave Hadley for Hartford, Connecticut, where he was nearly caught in 1678. The King’s arm was long. Goffe stayed on the run, and was never ultimately caught. Nobody knows where and when he died.