Editor’s note: While World War II was the most titanic state vs. state conventional war in history, it contained within it elements of Frontier Partisan warfare. David Wrolson recently recounted George MacDonald Fraser’s war in Burma, and we’ve explored the massive and brutal partisan campaign in the Wild East 1941-45.

The war in the Wild East was a struggle for land — the German concept of lebensraum (“living space”) aspired to emulate the continental “Manifest Destiny” of the United States. This is not to draw specious parallels: U.S. policy toward the indigenous peoples of North America was often cruel and racist — but it never remotely approached the mad genocidal fantasies that the Third Reich’s “New Order” sought to impose upon the conquered territories of Ukraine and Soviet Russia.

But there certainly WERE eliminationist elements on the American frontier, who, if they had their way, would have exterminated the Indians wholesale. Imagine John Chivington, the architect of the Sand Creek Massacre, or the murderous Ben Wright, in a position to develop and enact national policy…

My friend Greg Walker had compiled a remarkable piece of investigative reporting on the family of one of the darkest figures of the age — Reinhard Heydrich. After months of digging, Greg has exploded a persistent myth and shone a light into a dark corner of history. I am proud to present his work here. 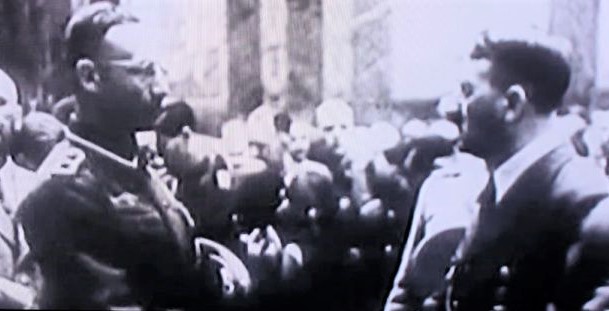 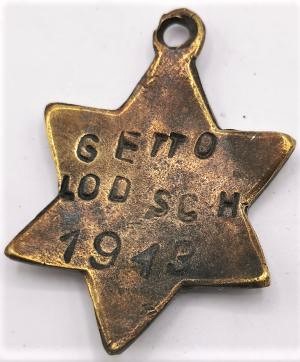 Yidn, shreibt un farschreibt! – It must all be recorded, with not a single fact omitted… and when the time comes… as it surely will – let the world read and know what the murderers have done.

When I read of the wartime grave of SS Obergruppenfuhrer Reinhard Heydrich having been visited by tomb robbers I became intrigued. Not because of the subject of the international story but rather at the briefest of historical comment regarding Heydrich’s younger brother, SS officer Heinz Heydrich.

Was it true the younger brother of the Nazi overlord responsible for the 14 million victims of Hitler’s Final Solution and Holocaust programs was truly responsible for saving 300 Berlin centric Jews from death? More so, did Heinz Heydrich take his own life after being arrested in Poland. This upon his “ratline” to safety having been discovered by his Nazi brethern? His self-destruction to protect his family as well as all those contacts he was alleged to have relied upon to move Jews out of Germany and to safety in neutral Sweden?

My sincere gratitude and appreciation is extended to those in Germany, Poland, England, France, the United States and Israel whose patience, humanity, and dedication to the Truth sustained my research over the past year and whose help made this article possible.

This, then, is the factual account of SS Hauptsturmfuhrer Heinz Siegfried Heydrich…Nazi to the end. 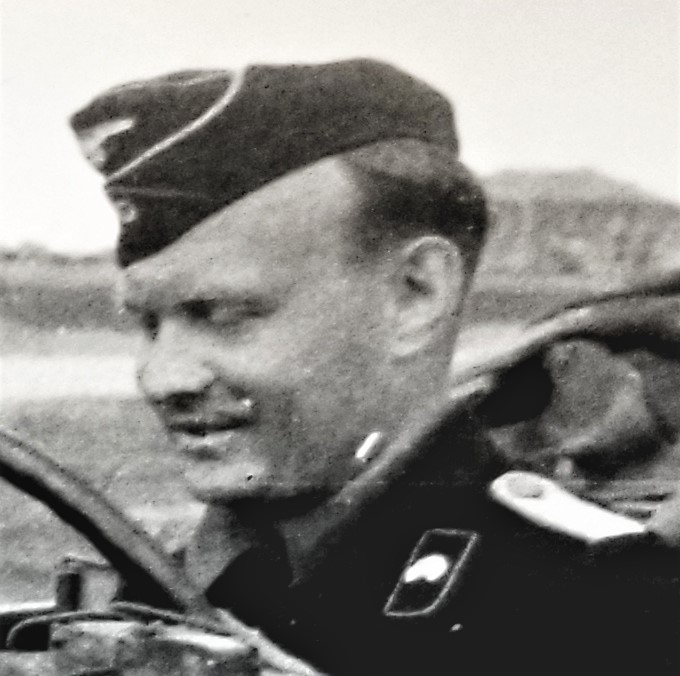 The Myth and Mythmaker

“In No. 6/1950, your report [Der Spiegel] about Heinz Heydrich, Reinhard’s brother, wrote that he committed suicide in 1944 when he was hopelessly involved in a “corruption scandal.” From 1942 to 1944 I was the immediate superior of Heinz Heydrich in PzPK 697, whose company chief I was until I was arrested on November 21, 1944. Heinz Heydrich shot himself on November 17th in Riesenburg, West Prussia, when Oberstabsrichter [Hans-Helmet] Lorenz [ordered] he should be arrested.

“Corruption” – if we leave it at that word – was not what drove Heinz Heydrich to his death. When I read in the series that Heydrich was of a quarter of Jewish descent. Did the reasons for Heydrich’s death become clear to me?” – 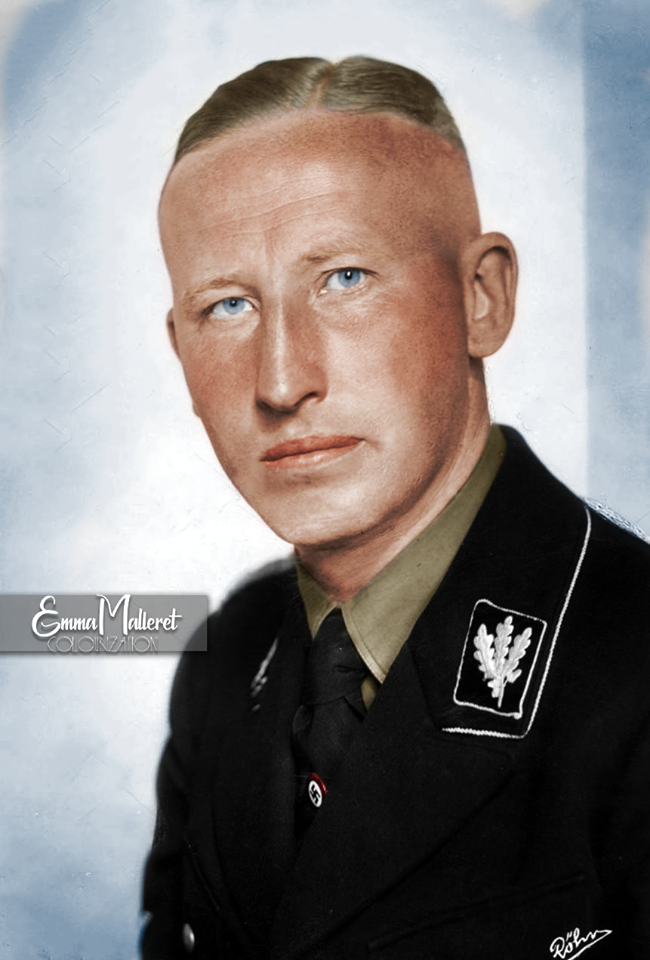 Sometime during the second week of December 2019 in Berlin, Germany, still unidentified suspects attempted to unearth the casket of Reinhard Heydrich. According to the German police nothing was found to have been removed.

Who was SS General Reinhard Heydrich?

Heydrich was the SS officer Adolf Hitler Hitler referred to as “the man with the iron heart.” He was the mainspring of the Nazi Party’s senior leadership’s early murderous plans to liquidate key leaders of the “Brownshirts,” or Sturmabteilungen (SA). The “storm detachments” which had helped bring the Nazi Party to power in post World War I Germany, had in Hitler’s mind become unreliable. This despite, beginning in 1932, the SA’s vicious attacks and killings of socialists, communists, and Jews.

“Historians have described Nazi stormtroopers as engaging in a veritable ‘terror campaign’ through Silesia in the summer of 1932, following the Reichstag elections of 31 July that established the National Socialist German Workers’ Party (NSDAP) as the nation’s strongest party but did not lead to a Hitler-run government.”

By 1934, Reinhard Heydrich, a former naval officer hand-selected by SS strongman Heinrich Himmler to create and lead the newly founded Sicherheitsdienst (SD). The SS intelligence agency was working closely with the NSDAP senior leadership to include Herman Goring, Heinrich Himmler, and Reichswehr generals Walter von Reichenau and Werner von Blomberg to see the SA decapitated as a political and paramilitary force. It was Heydrich who set in motion the plans for “Reich Murder Week” which took place between June 30th and July 2nd in 1934. The “Night of the Long Knives” was immensely successful and although the SA was not eradicated it was muzzled until the end of the war in 1945.

Heydrich would become an instrumental planner / organizer in the August 1939 “false flag” attack on a radio station in the German border town of Gleiwitz.

“This plan included an attack on the customs house at the then German border village of Hochlinden, in which six inmates from the Sachsenhausen concentration camp were dressed up in Polish uniforms and shot. A second similar operation was carried out against the Pitschen forestry lodge. But perhaps the most famous incident took place in Gleiwitz.”

The invasion of Poland by Hitler followed. 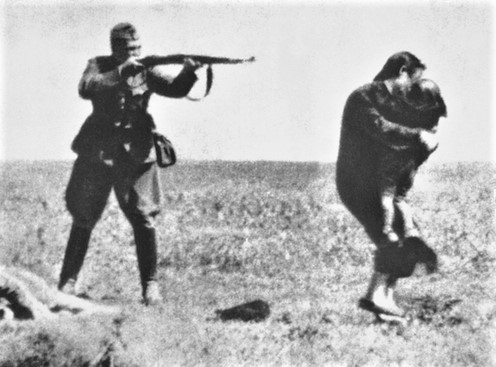 From the onset of his career in the SS/SD he ensured the evolving concentration and extermination camp programs first in Germany, then in conquered Poland, and by 1941 with the invasion of the Soviet Union / Russia became effective killing machines.

Literally millions of Poles, Jews, Gypsies, Soviet prisoners of war, and other untermensch, or “inferior” populations, were slaughtered by any and all means possible under Heydrich’s signature. He was the father of the Einsatzgruppen, or Special Action Groups, which beginning in Poland, rounded up and shot en masse, identified political opponents and cultural leaders.

This with the goal of seeing European state after state collapse as the Nazis undermined and overthrew them. In the Soviet Union the Einsatzgruppen followed the German Wehrmacht “into the Baltics toward Leningrad…through Belarus toward Moscow…into Ukraine…and the extreme south of Ukraine” where they shot hundreds of thousands of men, women, the aged, children, and infants.

In a telegram dated July 2, 1941, Heydrich reinforced his verbal orders to the Einsatzgruppen commanders. They were to identify, round up, and kill “communist functionaries, Jews in party and state populations, and other “dangerous elements”. His edict was part and parcel with the Nazi “Hunger Plan” that he supported. This plan sought to starve the populations in the East to death in order to create “living space” for German settlers while likewise feeding the advancing German armies. And excellent if not heart-breaking historical account of just one killing campaign overseen by Heydrich concerns itself with the Jewish genocide in Galicia from 1941 – 1944.

“This research focuses on the murderous activities of senior officers of the German Security Services who, at the outbreak of war in 1939, were brought together at the newly established SipoSD School at Zakopane and later Bad Rabka, Poland. In June 1941, all education facilities at the School were suspended in preparation for the war against Russia and the School leadership dispatched to other duties. Their activities continued in the provincial districts of east Galicia, where their unprecedented murderous actions wiped out the intellectual base of the Polish intelligentsia and Jewish community towns.” (https://www.jewishgen.org/yizkor/Galicia5/files/JewishGenocideinGalicia1.pdf)

Hitler, Goering, and Himmler came to rely on Reinhard Heydrich’s complete devotion to National Socialism and its goals / objectives in terms of systematic mass murder. His striking physical appearance, keen intellect, courage as a fighter pilot in the Luftwaffe during the Polish and early Russian campaigns (he would ultimately be grounded by Hitler/Himmler as he was deemed to valuable to be lost as a combat casualty). His “iron heart” when it came to the Nazi policies of mass extermination led many to see him him as a potential successor to Adolf Hitler himself. 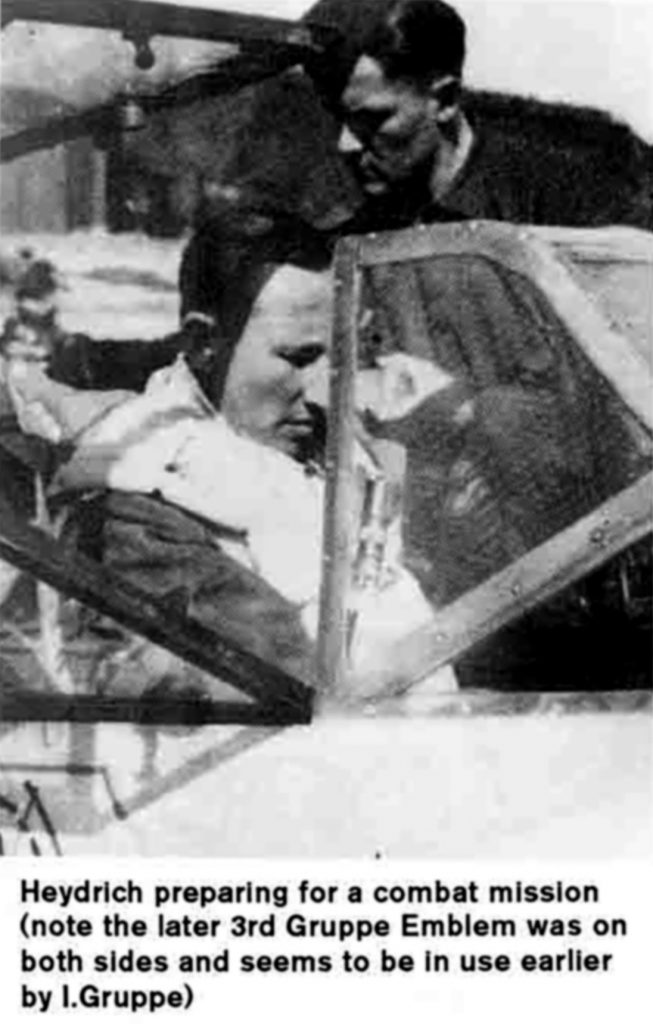