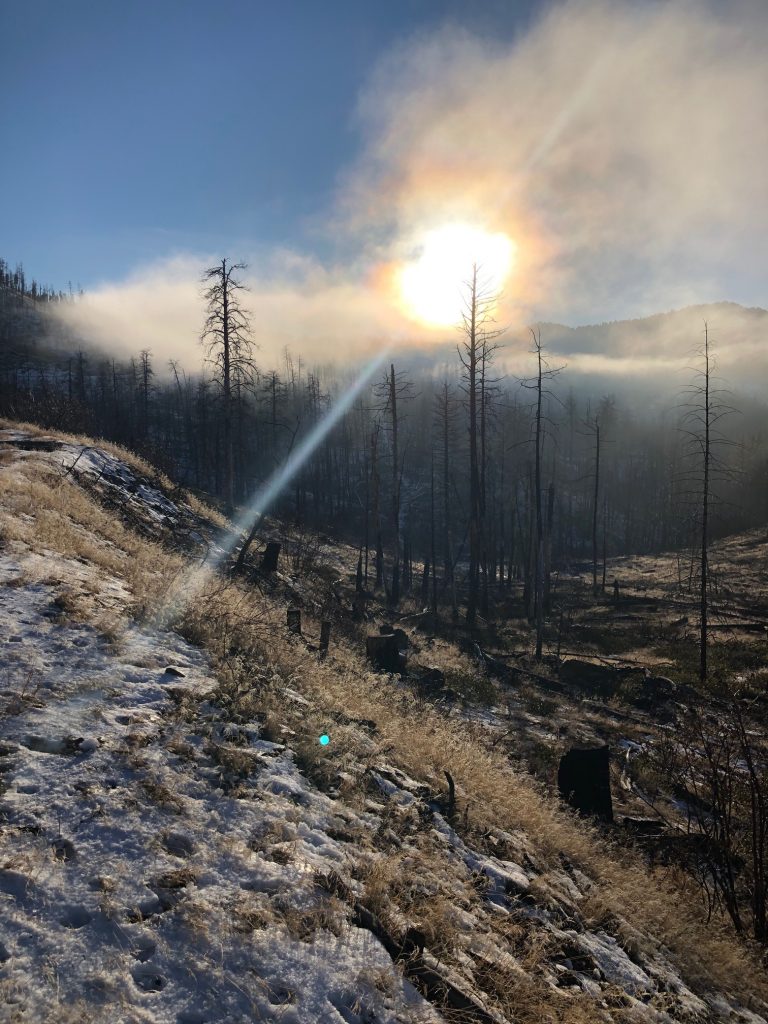 Sun and mist in the Ochocos.

Clan Cornelius saw off 2020 in our usual style — a feast of crab and our own company. There were fireworks in the neighborhood and not too far off somebody dumped a mag, perhaps symbolically slaying the foul-breathed dragon that the past year turned out to be.

We finished strong, with a road trip out to The Painted Hills, which is part of the extensive John Day Fossil Beds National Monument. Lying about two hours of highway time to the east of us, over the Ochoco Mountains, this is a part of Oregon we have not explored adequately.

There was a dense, icy inversion layer over everything east of eh Cascades. We broke out of it summiting the Ochocos. I love that country…. 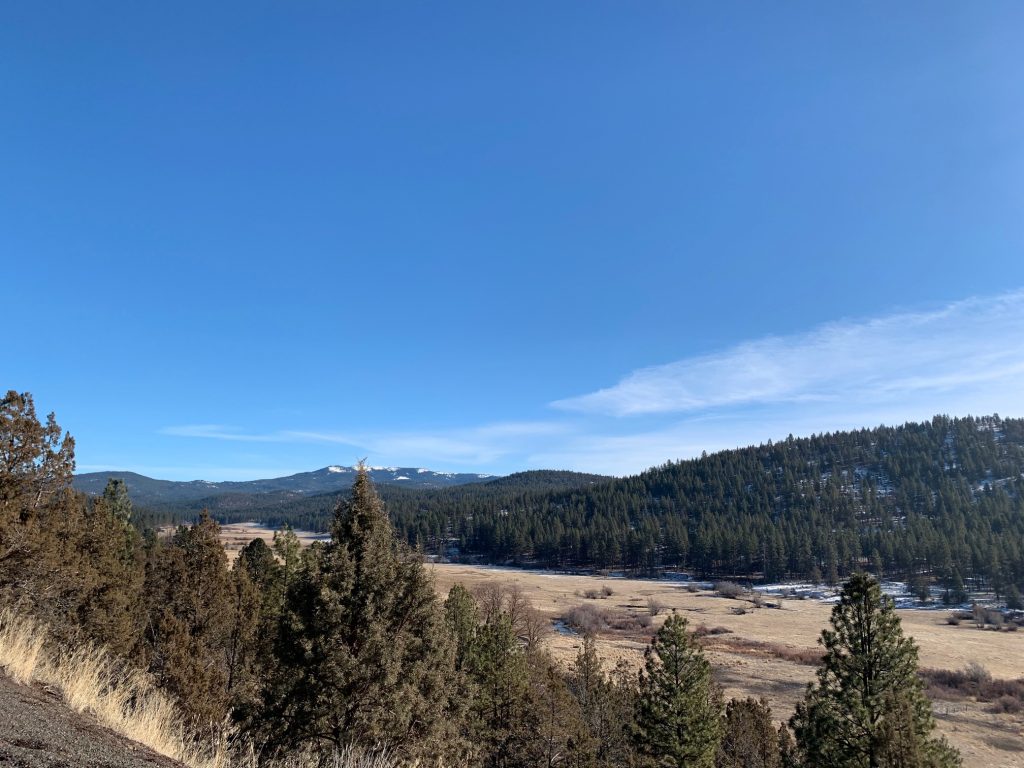 We were back down in it at The Painted Hills. Temps in the 20s and a chill in the bones, but that’s no impediment. 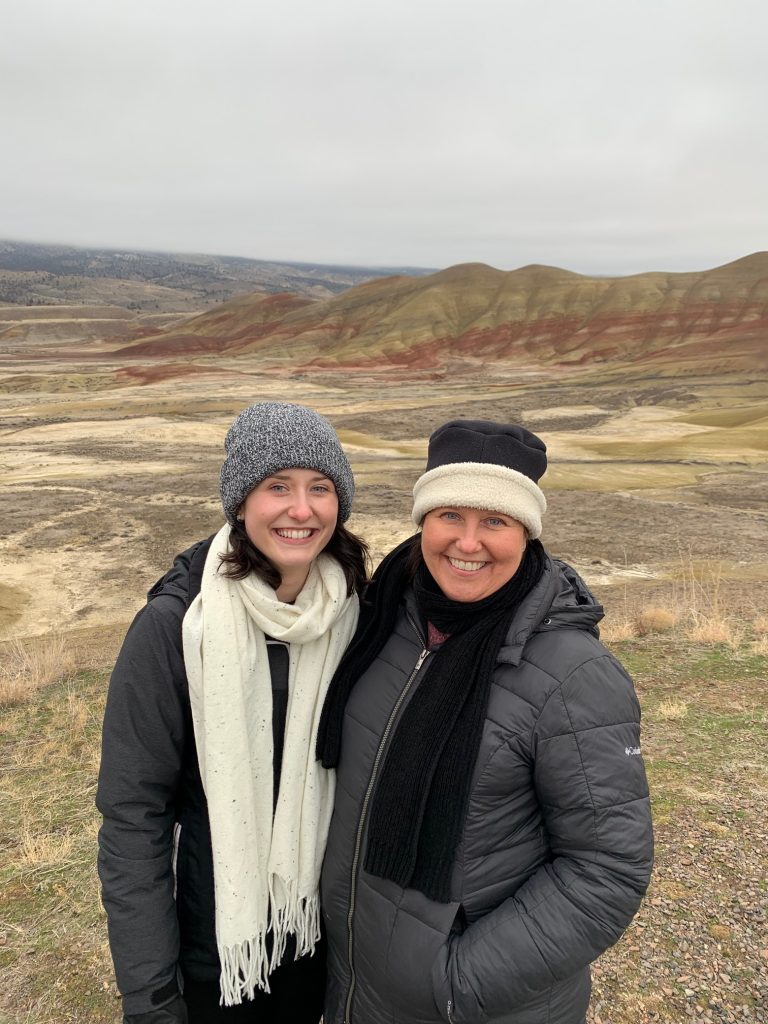 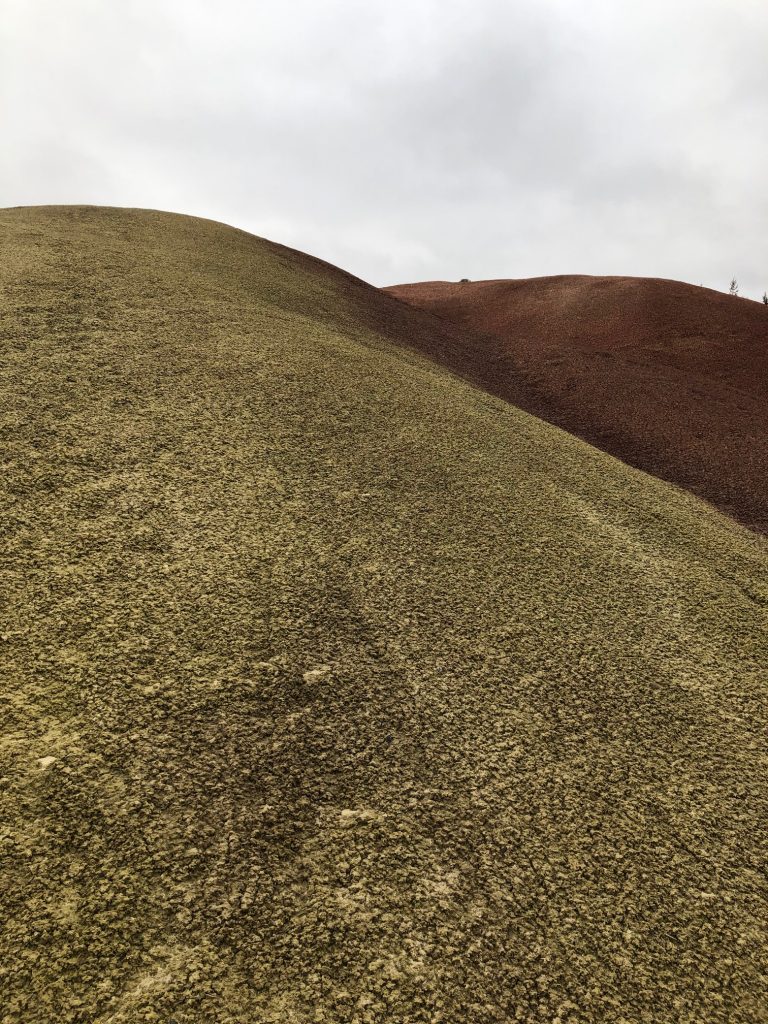 The colors are a strange phenomenon. It’s not sedimentation — it’s climatological. 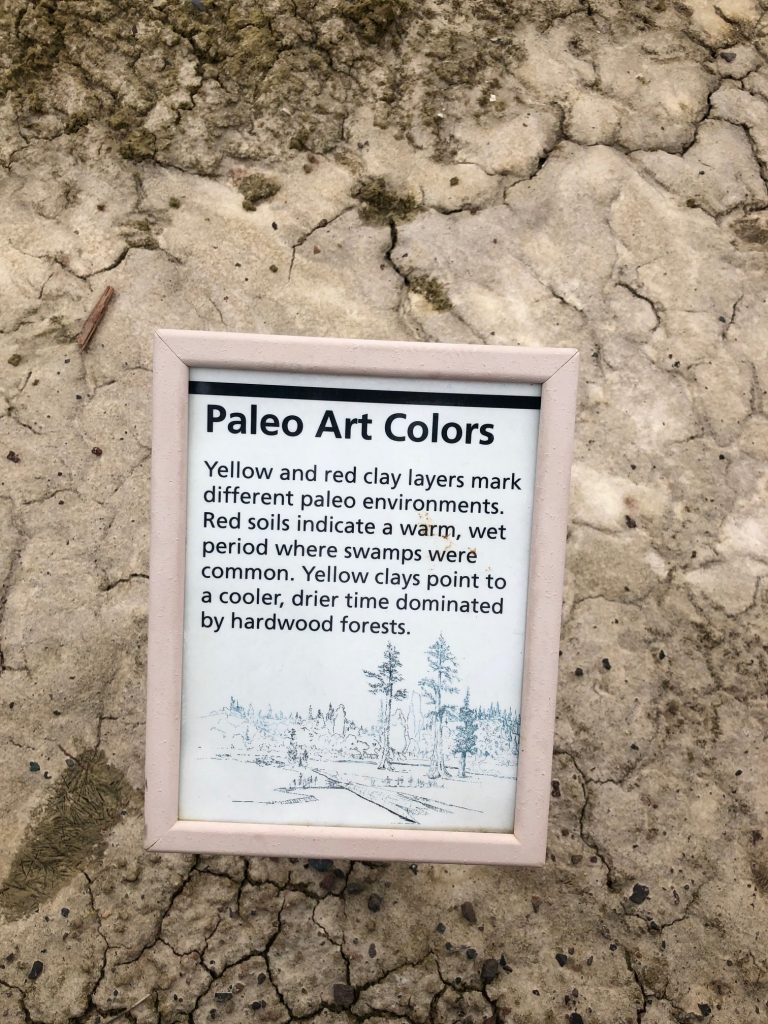 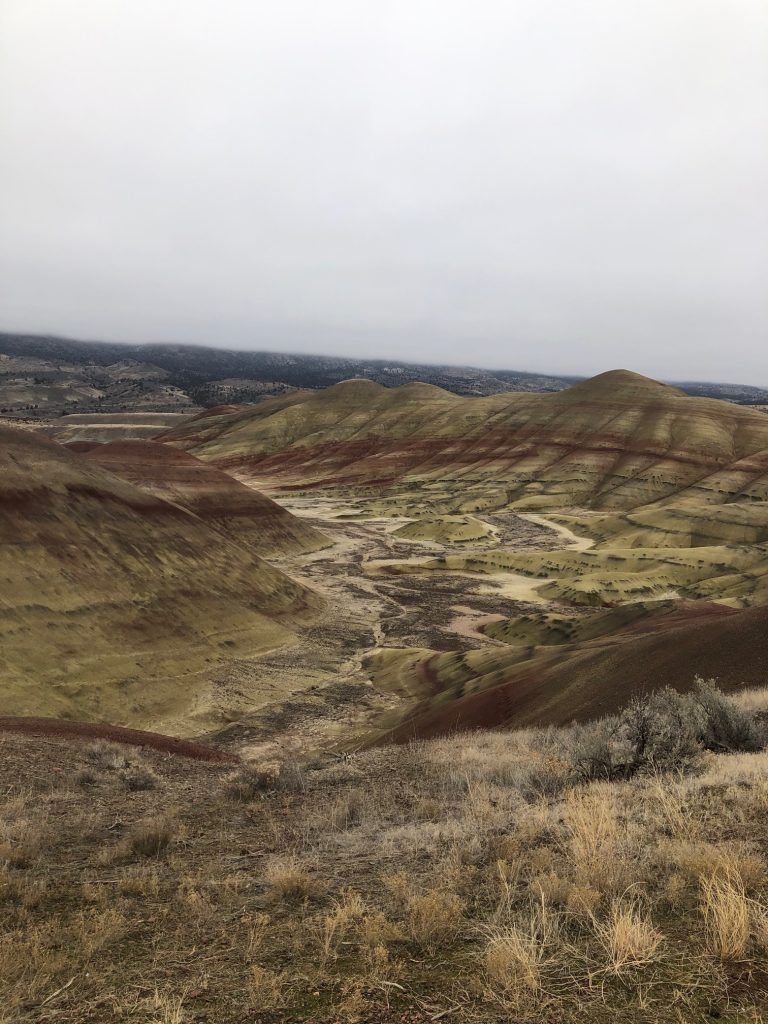 I found the interpretive sign about John Day slightly annoying… 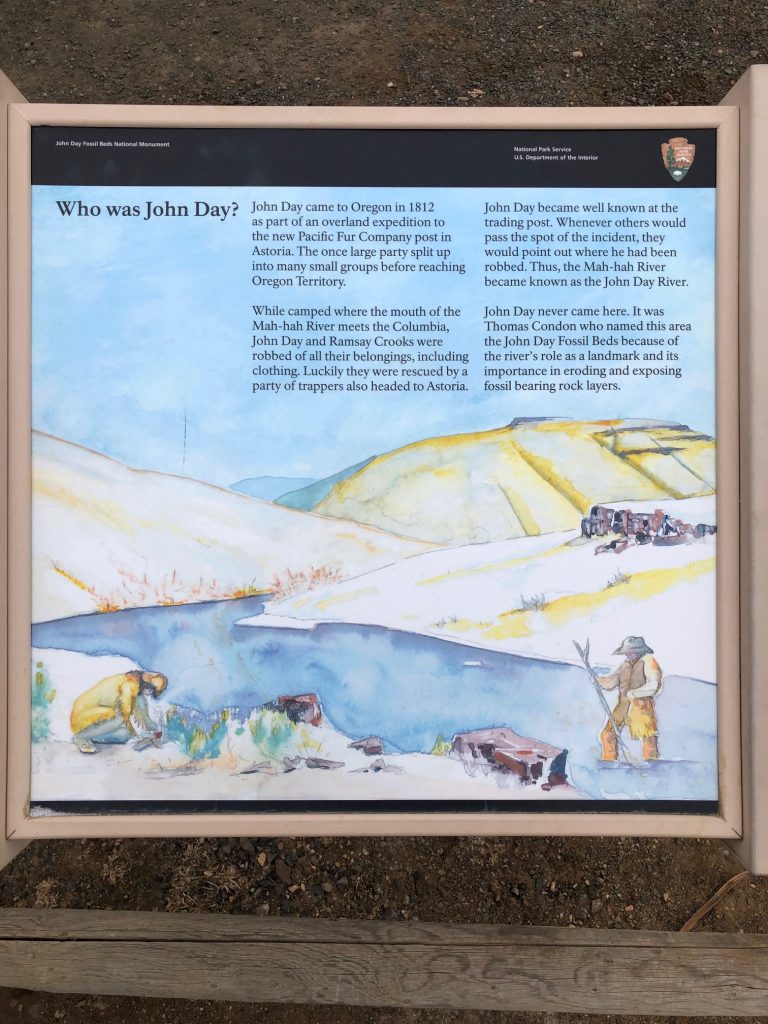 Apparently the Department of the Interior can’t bring itself to say who robbed Day and Crooks. If you guessed “Indians” you would be correct. But such things must apparently be elided in the current climate. Which is just silly.

Our acute discomfort in confronting the realities of our history has been in high relief over the past couple of years. Perhaps it’s a function of time and distance.

On the road, we listened to Neil Oliver’s Love Letter to the British Isles Podcast. The current episodes are concerned with the arrival of the Northmen, the march of The Great Heathen Army and the Saxon stand in Wessex under the leadership of Alfred the Great — the stuff of Bernard Cornwell’s The Last Kingdom. Migration, raid, displacement, assimilation… these are age-old phenomena. We can look upon the massive dislocations of 1,000 years ago with some level of dispassionate interest — but events of a couple hundred years ago are maybe too close. I guess some of us are afraid that they reflect negatively on our own moral character.

I’m fixing to adjourn to the Frontier Partisan Studios (aka the attic) to record a supplemental episode wrapping up the ride with Kit Carson. I’ve already dug into the research for the next series on the Highland Scots. Talk about dislocation and displacement…

I don’t really do New Year’s resolutions. My efforts will continue to be bent toward using my time as wisely and effectively as possible, doing generative work in my patch of woods, mountains and desert and avoiding as much as possible getting caught up in petty bullshit and the Daily Outrage. There are many trails yet to walk, many books to read, songs to sing and stories to tell.

I appreciate all of you who share the trails and campfires with me. And, as Slaid Cleaves would have it, I wish you one good year…