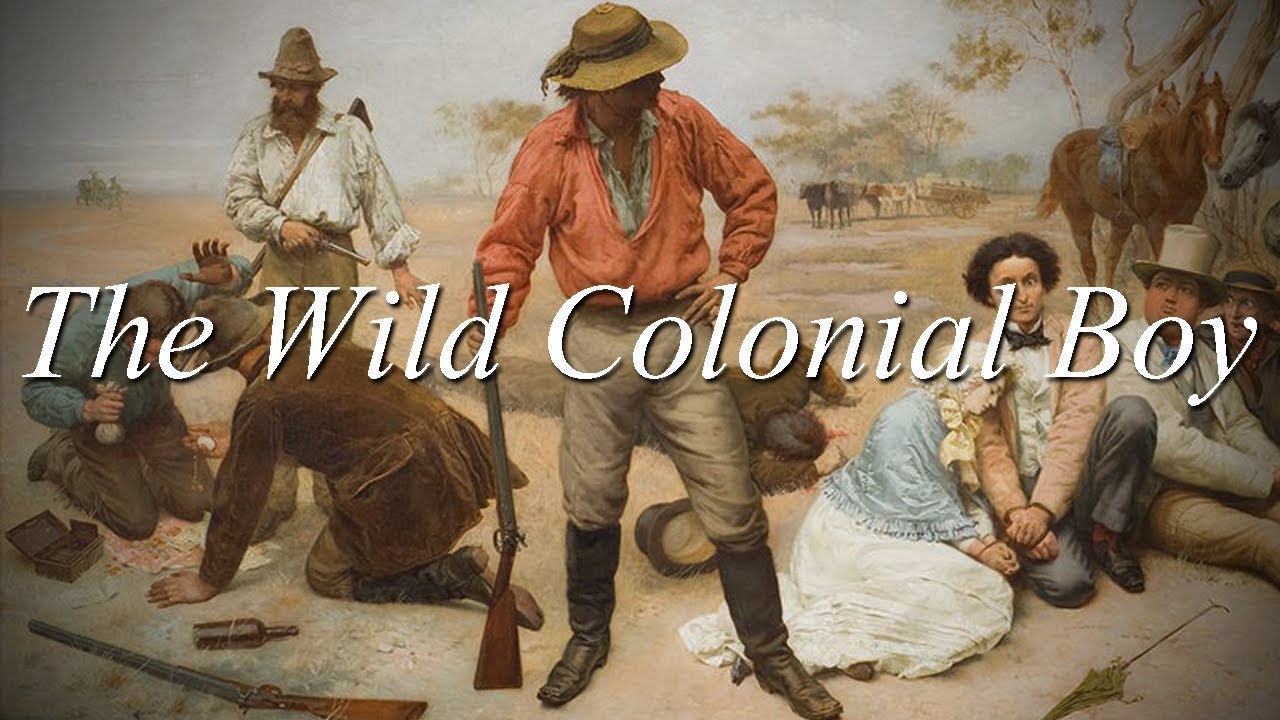 An Irish folksinger from Portland named Peter Yeates headlined the very first Sisters Folk Festival in 1995. He came back for the ’98 Festival. He was a character. I was a drinking man back then, and we had us some fun at the ’98 afterparty, tipping back pints, banging on guitars and singing boozy, bawdy songs. 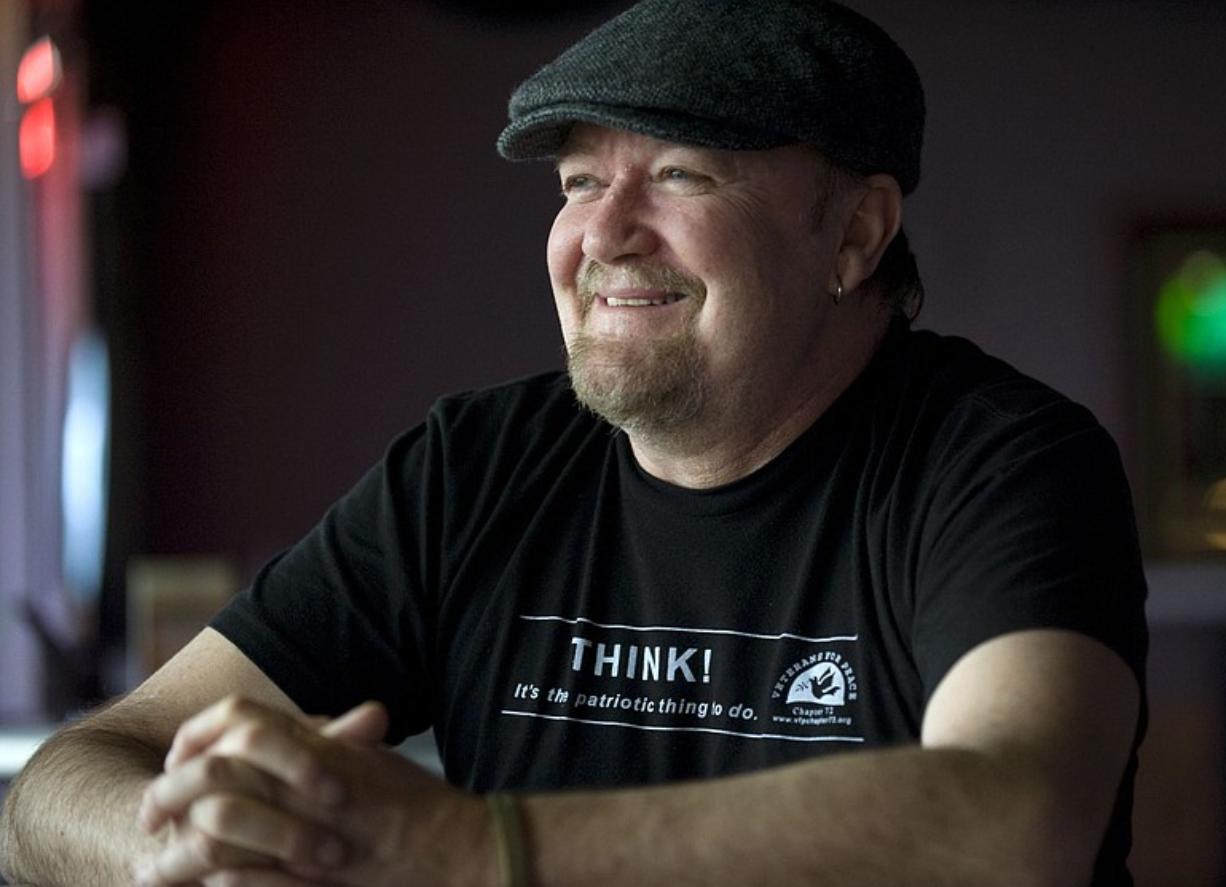 One of my favorite moments came when he sang The Wild Colonial Boy to the tune of Ghost Riders in the Sky. It works.

I got to thinking of Peter while reading the brand new tome on Breaker Morant by Australian Peter FitzSimons. Another character. A prolific historical storyteller, a former rugby standout and the leader of Australia’s republican movement, married to a famous and lovely TV presenter named Lisa Wilkinson. Known for his signature headgear — a piratical scarlet bandana do-rag. 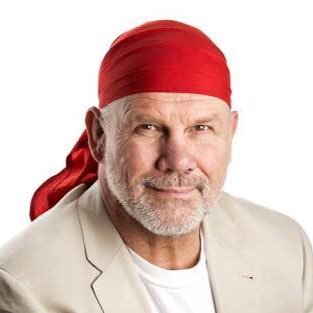 His wife explained why he wears it.

“A few are asking about the the bandana and why Pete wears it. It was actually a very sweet thank you present from our kids after a fabulous family holiday we all had in Cuba,” she wrote.

“It was all they could afford and it meant the world to Pete that they went to the effort. And the kids are so chuffed that after all these years he’s still wearing it.”

The Guardian ran an amusing piece on him:

Sure, he might be more “storian” than historian. But Fitz is in that envious, rarefied position among Australian writers of being, as perhaps this country’s biggest-selling living non-fiction author, virtually critic proof.

I can only imagine the snark the man is subjected to by “serious” historians. Laboring in obscurity while a giant lump of over-married celebrity ex-rugby player mines your claim with colloquially written yarns that sell like pints of ale …. well, that has to hurt. Not to be belligerent about it but… fuck ’em. I’m all for the storytellers. And this here Breaker story is well-researched, whatever the eccentricities of style Fitz indulges in.

The Breaker doesn’t come off particularly well in Fitz’s account. The man was a ne’er-do-well and a bit of a grifter, a teller of tall tales (or a liar, if we’re being honest) and, in the end, a war criminal. But FitzSimons also understands and appreciates his larrikin charisma better than some of the other historians who have taken a dim view of the legendary horseman.

The Breaker was — good and bad  — the kind of man around whom legends gather, the kind of man who has folk songs written about him. (Speaking of which… you can download my own at the Trading Post. Shoot straight, you bastards). The dark trail he went down in the Northern Transvaal is not unusual in the annals of the Frontier Partisans — all the way down to the Global War On Terror.

FitzSimons concludes that The Breaker and his comrade Peter Handcock got what they had coming to them:

I bow to no one in my disdain for Kitchener’s actions in the Boer War — starting with the hideous concentration camps and the policy of burning down 30,000 Boer homesteads. But there is no established link of Kitchener giving orders to kill Boer prisoners — and it defies common sense. How could that be when at the time of the Morant/Handcock atrocities, Boers were surrendering at the rate of 1000 prisoners a month? …. All in all, I think Breaker Morant and Peter Handcock got exactly what they deserved.

I believe that Morant and Handcock committed war crimes and that they were primarily motivated by vengeance for the death and mutilation of their commanding officer (at least on Morant’s part; Handcock seems to have just been Zero Foxtrot about stacking Boers). I also believe that Morant did not create the permissive environment in which he operated. Boers may have been giving it up in droves, but the Bitter Enders in the Northern Transvaal were widely regarded as little more than outlaws. I tend to think that if the Carbineers had simply taken no prisoners, instead of shooting prisoners once taken, Morant and Handcock would not have faced death. They might not have faced any sanction at all.

The Breaker was not a misunderstood hero. He was a pretty dark character, come right down to it. Perhaps dying game and defiant  was the best of him.

One thing that FitzSimons understands for sure is that this is a ripping tale, no matter how you feel about the Breaker. And, dammit, we “storians” may be digging for The Truth, but we know that The Truth can be as rousing as a drunken round of The Wild Colonial Boy sung to the tune of Ghost Riders In The Sky.