A restless, acquisitive people, exercising the rights of conquest, disturbed the old ways.

One who fought back became a legend. 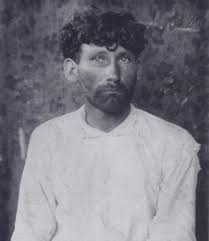 It wasn’t a border. The Spanish had extended their conquest of Mexico north to the lands surrounding the Rio Bravo del Norte. Inhabitants lived on both sides of the river within a barely defined political entity that meant little to them due to their distant, isolated location. Spain eventually colonized the area in the 18th century.

They ignored the gringo (foreigner) from the north and the fuereno (outsider) from the Mexican interior. But the 1848 Treaty of Guadalupe Hidalgo ended the Mexican-American War and set the Rio Grande as the border.

“A restless and acquisitive people, exercising the rights of conquest, disturbed the old ways. The river, which had been a focal point, became a dividing line. People were expected to consider their relatives and closest neighbors, people just across the river, as foreigners in a foreign land!”

The clash of cultures between Anglo-Texans and border Mexicans led to decades of violent, deadly conflict. It was fueled to a great degree by the outright prejudice of The Anglo-Texan Legend. To wit: the Mexican was cruel, cowardly, treacherous, a horse thief, and degenerate due to mixed blood. Anglo-Texans were superior, especially the “special breed of men, the Texas Rangers.” And, “armed with rifle and revolver, the Texan had an undeniable superiority in” weaponry. 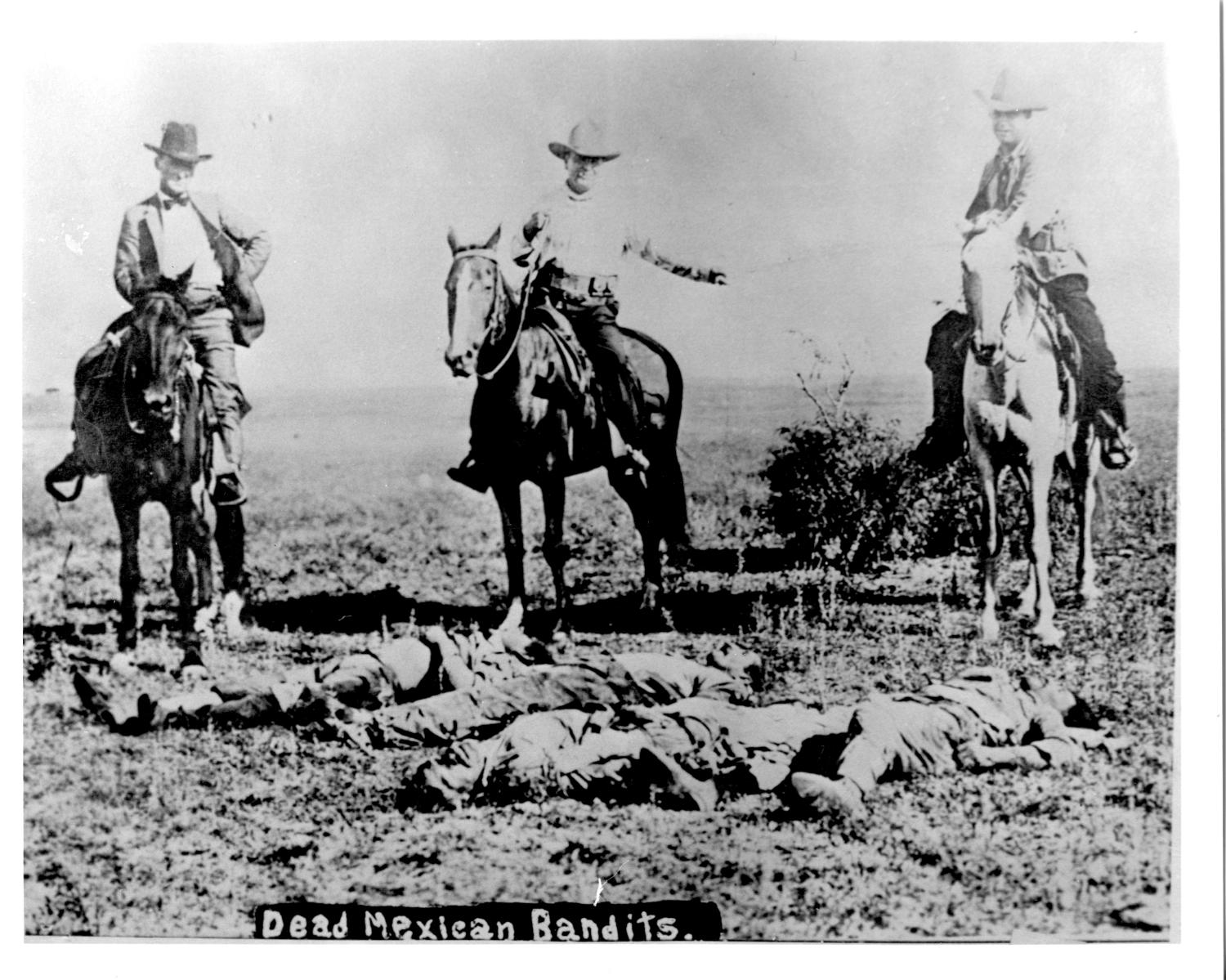 Readers of Philipp Meyer’s great novel The Son, or viewers of the television show made from it, get to see The Anglo-Texan Legend acted out starkly, with terrible results for Mexicans and Mexican-Americans. Author Americo Parades classified the Legend

“…as pseudo folklore. Disguised as fact, it plays a major role in Texas history.”

And that was the environment that Gregorio Cortez was born into on a Mexican border ranch in June 1875. In 1887 the family moved to Manor, Texas, 15 miles northeast of Austin. Then in 1889 Gregorio followed his older brother Romaldo further south in Texas, “where they lived a roving life for eleven years, working sometimes as vaqueros, sometimes as farm hands.” In 1901 they settled down to farm, renting land from rancher W.A. Thulemeyer. Both were married, and Gregorio had four children.

On June 12, 1901, Gregorio’s epic story began. The Anglo-Texas Legend played a big role. By all accounts a likable man who had never been in trouble with the law, Gregorio had obtained a mare legally through a trade. But Sheriff W.T. Morris, looking for a Mexican horse thief, decided to check out Gregorio. A confrontation with Romaldo and Gregorio resulted, and — apparently due to a deputy’s poor translation of Gregorio’s response — Morris decided to arrest the innocent brothers and drew his pistol. Romaldo rushed Morris and got shot. Gregorio pulled his .44 pistol from his back waistband and shot Morris. A shootout ensued and Gregorio shot Morris twice more. Morris died that night.

After getting the wounded Romaldo safely to the town of Kenedy, Cortez began his escape, initially on foot. Knowing that the gringos expected him to head south to the border, Cortez went north. If he made it north of San Antonio or Austin he had the chance of a fair trial.

“Where he was he could expect nothing but a rope at the nearest tree.”

What ensued was an escape and a chase of epic scale — one which vaulted Gregorio Cortez into legend.

The late Mexican-American author Americo Paredes recounts Cortez’s escape and his avoidance of a massive manhunt in great and entertaining detail in his 1958 book With His Pistol in His Hand: A Border Ballad and Its Hero. One revealing aspect is that The Anglo-Texas Legend came into play almost immediately; for the officers and civilian chasers assumed they were on the trail of a gang of Mexican desperados. It’s almost comical from the distance of greater than a century, for the San Antonio Express called the chase..

As Paredes states, “The real story appears to have been far from glorious.” 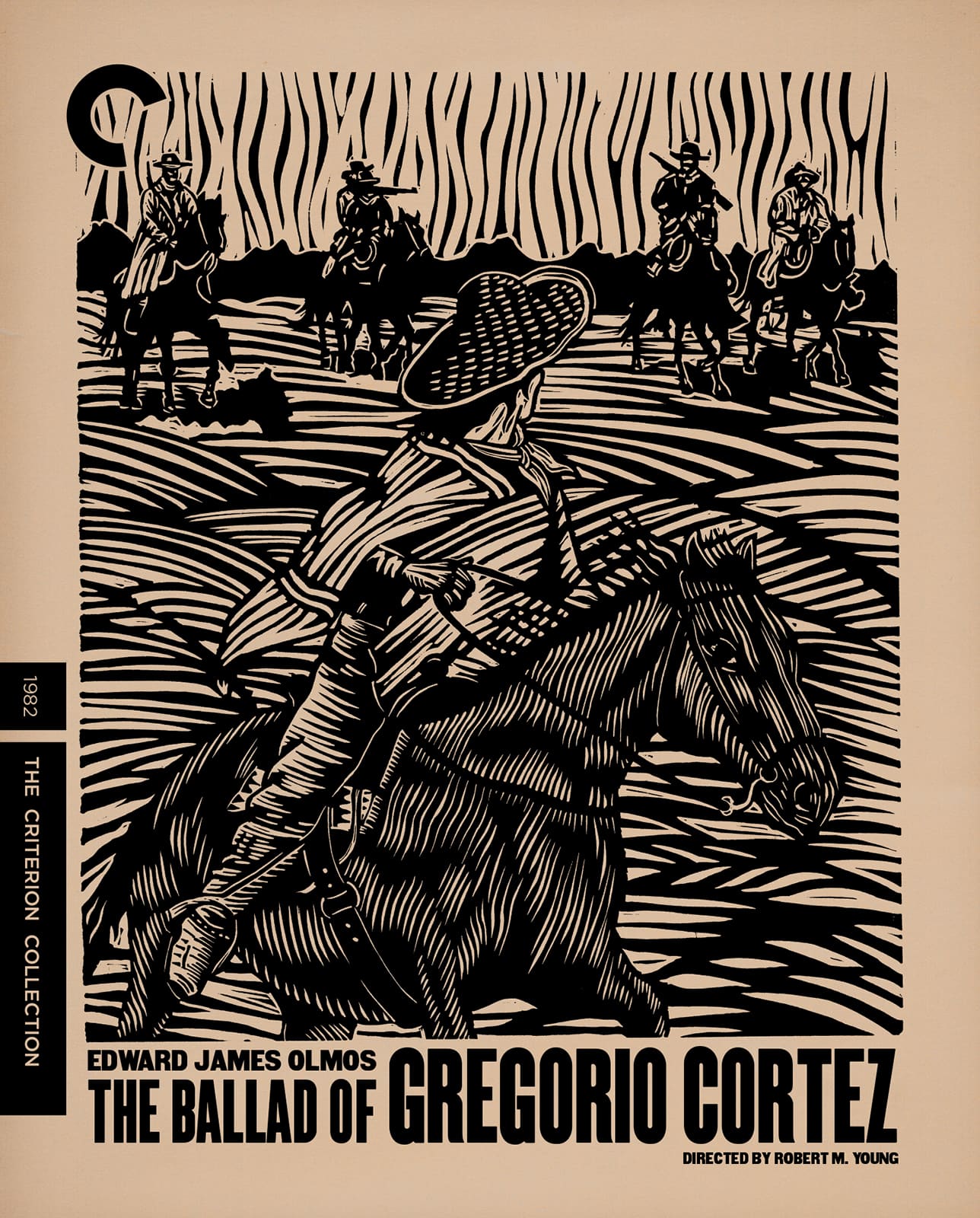 The tale of Gregorio Cortez was made into a film starring Edward James Olmos.

Over the course of 10 days Cortez applied superior skills of avoidance, concealment, backtracking, astonishing physical endurance, confidence, and outright guile to avoid capture. At times he concealed himself within yards of trackers. He received some aid from friends who hid him out. And he obtained a mare whose heart, speed and endurance enabled many escapes. Eventually he did turn south and headed for the border. He almost made it, getting within 30 miles of the Rio Grande. But in the end he was betrayed by a “Judas” seeking the silver of a $1,000 reward (he received $200.)

Cortez surrendered peacefully. As word of Cortez’s epic flight spread, he became a hero to Mexicans and Mexican-Americans. Mexican musicians promptly celebrated him in song, composing ballads that border folks call corridos. Regardless that they usually were rather inaccurate as to the details of Cortez’s story, they spread his fame widely.

“Gregorio epitomized the ideal hero of the Rio Grande people, the man who defends his right with his pistol in his hand, and who either escapes or goes down before superior odds – in a sense a victor even in defeat.”

Remarkably for the time and place, a rather extraordinary legal and cultural phase to the developing legend ensued. For while some Anglo-Texans were outraged that he hadn’t been strung up immediately after capture, many admired the skill of Cortez’s escape. And, more importantly, folks realized that Cortez had shot the sheriff in defense of Romaldo and himself, innocent men. A number of trials were conducted, yielding guilty verdicts, that then were overturned by appeals courts. Ironically, given The Anglo-Texan Legend, Cortez eventually was convicted and jailed when he confessed that he had stolen one of the horses he used avoiding the chase.

They got him as a horse thief! 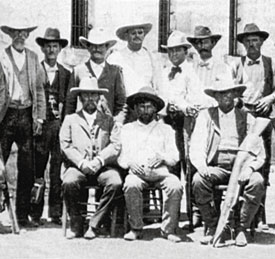 (Quotes from Americo Paredes, With His Pistol in His Hand: A Border Ballad and Its Hero).