The frontier wars fought in New Zealand in the 1860s turned that beautiful landscape into a dark and bloody ground. The causes and courses of these conflicts are a familiar story to anyone familiar with frontier history in the age of industrial imperialism: Resource hungry Europeans expropriated the land for farms, timber and minerals; the indigenous Maori accommodated, adapted — and sometimes fought savagely.

This is the setting for “River Queen,” a strangely compelling and beautiful film that sticks with you long past the viewing.

The film takes place in New Zealand in 1868 during Titokowaru’s War between the Māori and New Zealand colonial forces. Sarah O’Brien (Samantha Morton) has grown up among soldiers in a frontier garrison on Te Awa Nui, the Great River. Pregnant at 16 by a young Maori boy, she gives birth to a son. When, 7 years later, her son, Boy, is kidnapped by his Maori grandfather, Sarah is distraught.

Abandoned by her soldier father, Sarah’s life becomes a search for her son. Her only friend, Doyle (Kiefer Sutherland) is a broken-down soldier without the means to help her.

Lured to the ill rebel chief Te Kai Po’s village by the chance to see her child, Sarah finds herself falling in love with Boy’s uncle, Wiremu (Cliff Curtis) and increasingly drawn to the village way of life. 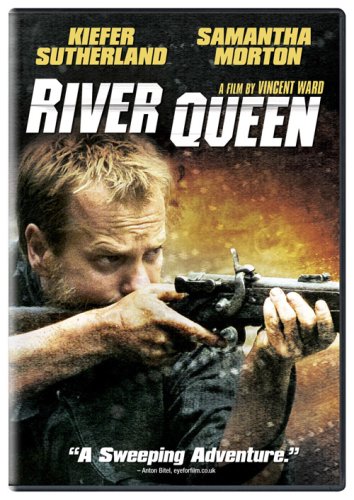 Using medical skills she learned from her father, Sarah heals Te Kai Po (Temuera Morrison) and begins to reconcile with her son (Rawiri Pene). But her idyllic time at the village is shattered when she realises that she has healed the chief only to hear him declare war on the Colonials, men she feels are her friends, her only family. Her desperation deepens when she realises that Boy intends to prove himself in war, refusing to go back down river with her.

As the conflict escalates Sarah finds herself at the centre of the storm, torn by the love she feels for Boy and Wiremu, anguished over the attachments she still has to the white man’s world, and sickened by the brutality she witnesses on either side.

Samantha Morton is a riveting actress and it’s her film. Featuring Kiefer Sutherland on the DVD packaging is just marketing a recognizable “star” to American audiences. But it does give a nice star turn to an unusual firearm: the Calisher & Terry Carbine.

This innovative arm was popular with partisan units like Von Tempsky’s Forest Rangers (which will get their own post one day soon). It was short, handy, packed a pretty good punch, and was a breech-loader, which gave it a high rate of fire for the period. The action could loosen up and leak gas, but it was an important step toward the brass (or copper)-cartridge breech-loaders like the Snider and the Springfield. 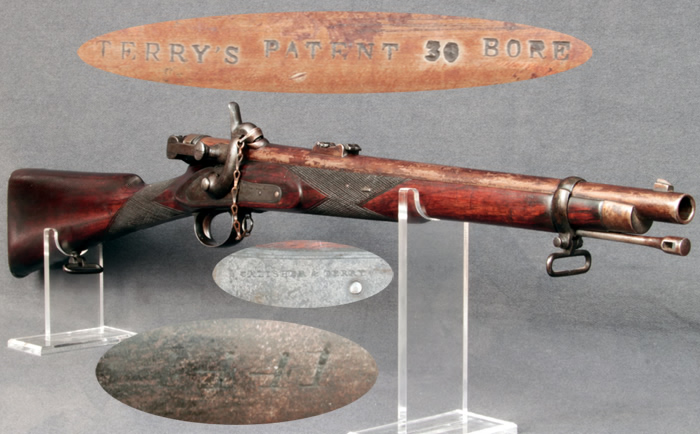 Visually stunning, and covering a little-known theater of Frontier Partisan warfare, “River Queen” is a keeper.