Sure, they were hard-livin’ hardcore troubadours, and no one — least of all them — would have expected them to live as long as they did, but that makes no difference to me at the moment. I’m mourning the loss of men whose music shaped me.

Jerry Jeff Walker was a true folk troubadour, and he introduced a whole bunch of people to the music of other folk singers and songwriters like Guy Clark, Tom Russell and Ian Tyson. He was a central figure in the early 1970s Texas music scene that created so much of the music that lives in the x-ring of my life. 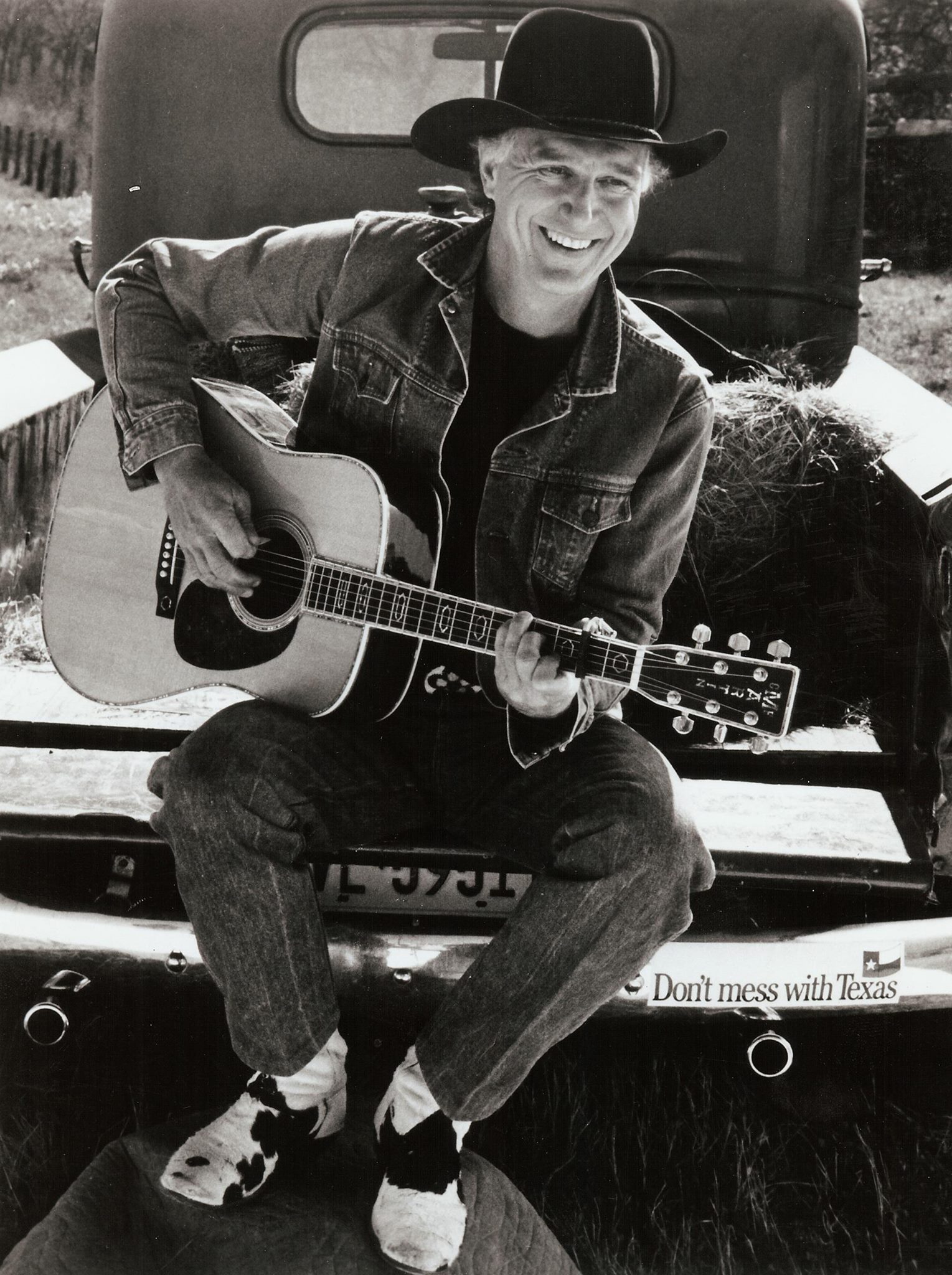 Jacky Jack was a fearless leader who led us down twisty turny roads fought with high adventure. Musically, he was all instinct. He called a great set, there was never a set list. Most songs started with him bashing on his guitar. There was never a count-off. Jerry Jeff was the center of it all and his rhythm was right in the pocket. We were young and green and right from the get-go it was full-tilt. It all seemed somewhat surreal. The audiences loved the music so much. They loved him. And they loved the band. Every song we played was a hit to those crowds’ ears and eyes. And the joints were always sold-out whether it was, Billy Bob’s Texas, the Palomino, the House of Blues or Carnegie Hall. And a thousand more.
But he was ornery. Someone would yell out a request and he would cuss them out right on stage. And the audience would laugh and roar. They expected moments like this. He was everybody’s favorite crazy uncle and got away with a lot. He made sure that no one could tell him what to do. At any cost. In the ’70s we toured as Jerry Jeff Walker and the Lost Gonzo Band. We were all on a big record label called MCA. In Boston, the label promo guy had set up radio shows and in-store appearances for all of us to promote the shows in the area. It was going to be great. Jerry Jeff told them them he wasn’t having any of it. “F—- ’em” he said. And he didn’t show. Time and time again. But at the concerts to follow, people were hanging from the rafters going batshit crazy. “I love that Sangria Wine!” And they bought a lot of records from those same stores and later on they bought a lot of CDs at the gigs. A lot of self produced CDs. Go figger…

Jerry Jeff Walker isn’t usually counted among the country music “Outlaws,” but if the label meant anything at all, he was one. Damn straight he was. Adios.
* 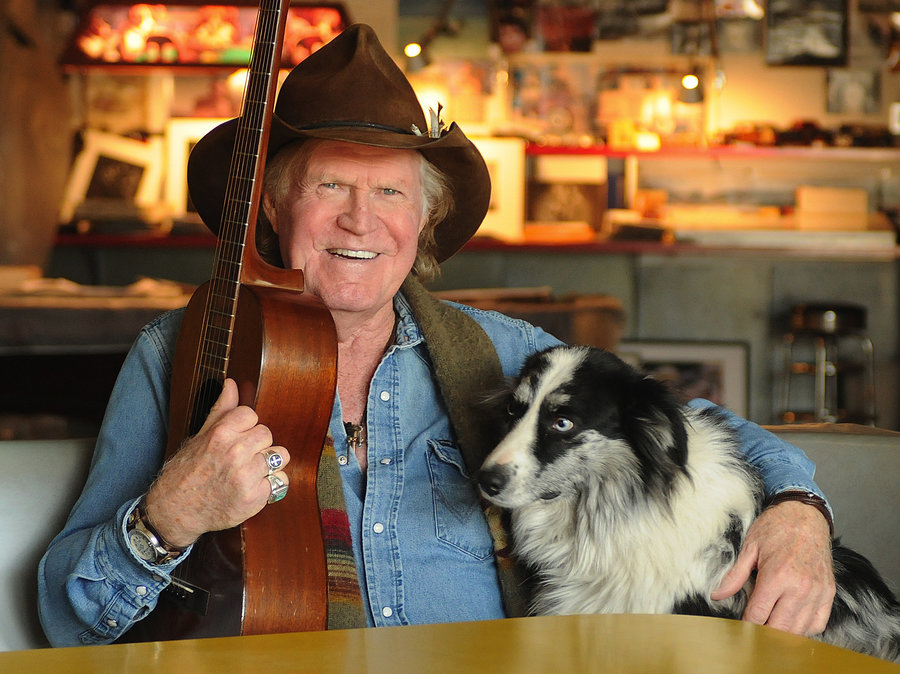 “I was so goddam crazy. I was crazier than any of them. I went for it.”

Billy Joe Shaver, who has died at 81 of a stroke, was distilled to about 200 proof. He was a real-deal Texas badass. Back in 2007, he shot a man in the face on the patio of a bar in Waco. He wielded a .22, so the man survived and Billy Joe was charged with aggravated assault. A jury acquitted him. Testifying in his own defense, he quoted Jimmie Rodgers at a cross-examining prosecutor. From Texas Monthly:

Billy Joe got plenty of opportunities to charm the jury. When the prosecutor asked him why he didn’t leave the bar when the situation between him and Billy was getting worse, Billy Joe, in his deep drawl, replied, “Ma’am, I’m from Texas. If I were chickens—t, I would have left, but I’m not.” At another point the prosecutor said to Billy Joe, “The truth is, Mr. Shaver, you’ve had the reputation for being an outlaw your whole life, isn’t that right?” Billy Joe responded, “More like an outcast.” The prosecutor also asked if Billy Joe was jealous because Billy was talking to his wife, and the singer replied, “I get more women than a passenger train can haul. I’m not jealous.”

All the outlaw shenanigans aside, Billy Joe Shaver was a real-deal poet. His big breakthrough, such as it was, came when Waylon Jennings recorded a bunch of his songs for the seminal 1973 album Honky Tonk Heroes. 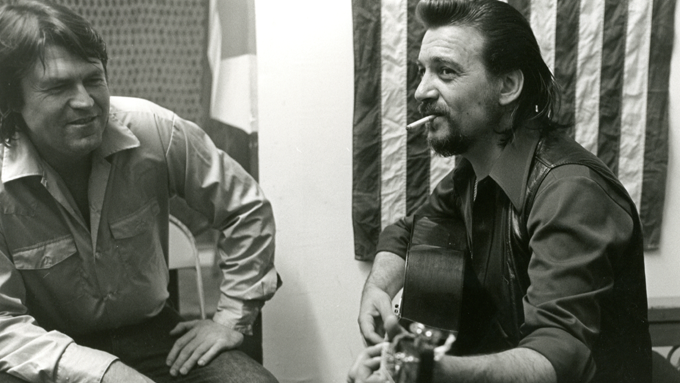 It would be impossible for me to overstate how important that record was to me. It wasn’t just the music — stripped down, lean and muscular: There was a whole mythos woven through those songs, and I imbibed deeply of it. Though I could not have articulated it this way when I first spun the record at the age of 15, those songs resonated with continuity and persistence — a sense that the frontier somehow was still to be found on the highways and byways of America.

Ready-rolled from the same makin’s as me

And I reckon we’ll ramble till hell freezes over

Willy the Wandering Gypsy and me

If you ever doubt the power of song and story, consider this: You can trace one of the threads that makes up these pages you’re reading to the inspiration of these men…