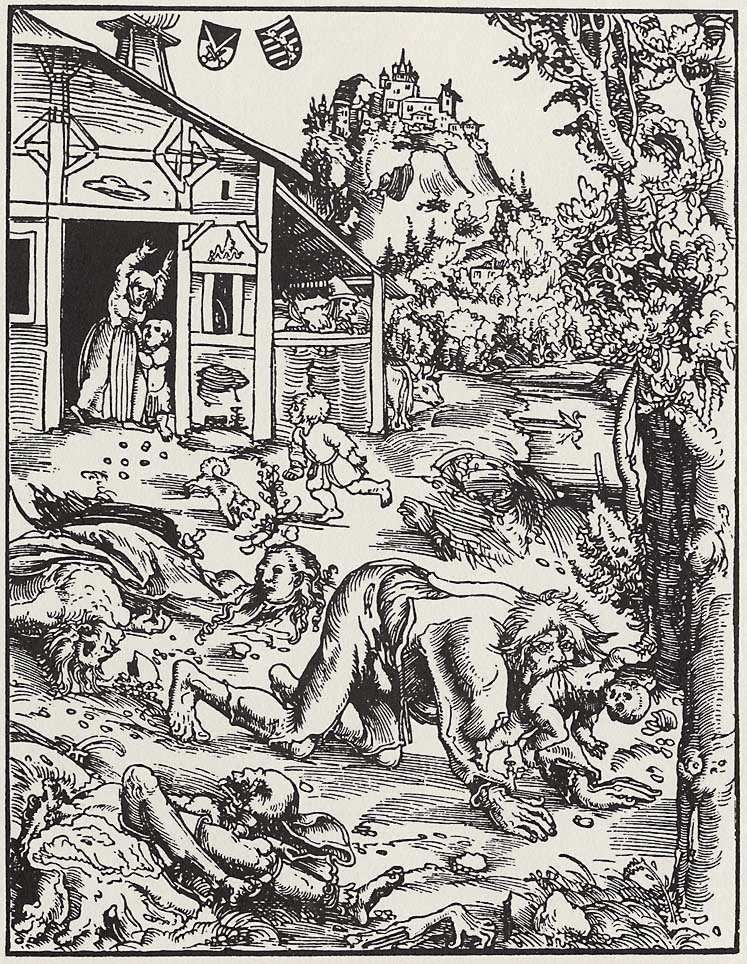 Okay, now on to that one exception of lupine characteristics not exhibited by true werewolves, which leads us to Myth Number 2.

You see, the transformation to a WOLF, with a competent shape-shifter, is complete EXCEPT for the EYES. Again and again various human legends all over the world tell of wolves having human eyes — this is just the recognition of actual werewolves, of course. But that does cause one major problem. Werewolves, as opposed to regular run-of-the-mill wolves, because of their human eyes (betraying their human consciousness), just can’t see that well at night!

Which leads us to the myth that werewolves can only transform during the full moon. Not really, it’s just that it is sooooo much easier to ravage the countryside when you can actually see what you are doing! 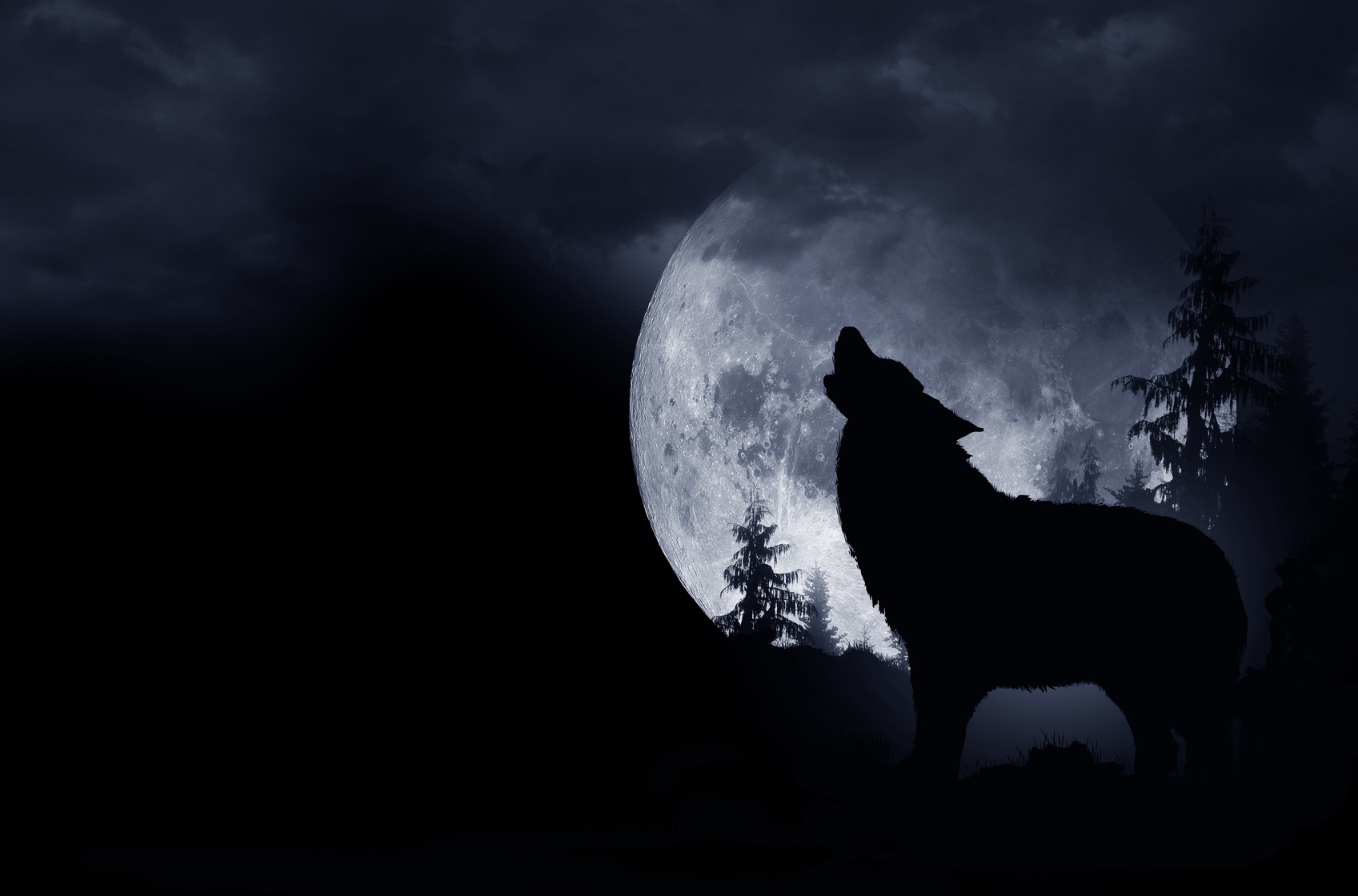 Which is accomplished far better with some bright moonlight! I mean, we can (and do) go out on darker nights, but there is a lot of bumping around then. And it is very difficult, and just impractical, for a true werewolf to carry a flashlight in it’s jaws —not to mention just embarrassing! Imbeciles can carry one better with their partial hands, but they usually just won’t, since they are already so image-compromised to begin with.

So yeah, that Full Moon thing — not exactly accurate. But understandable how the ordinary humans came to perceive it that way. 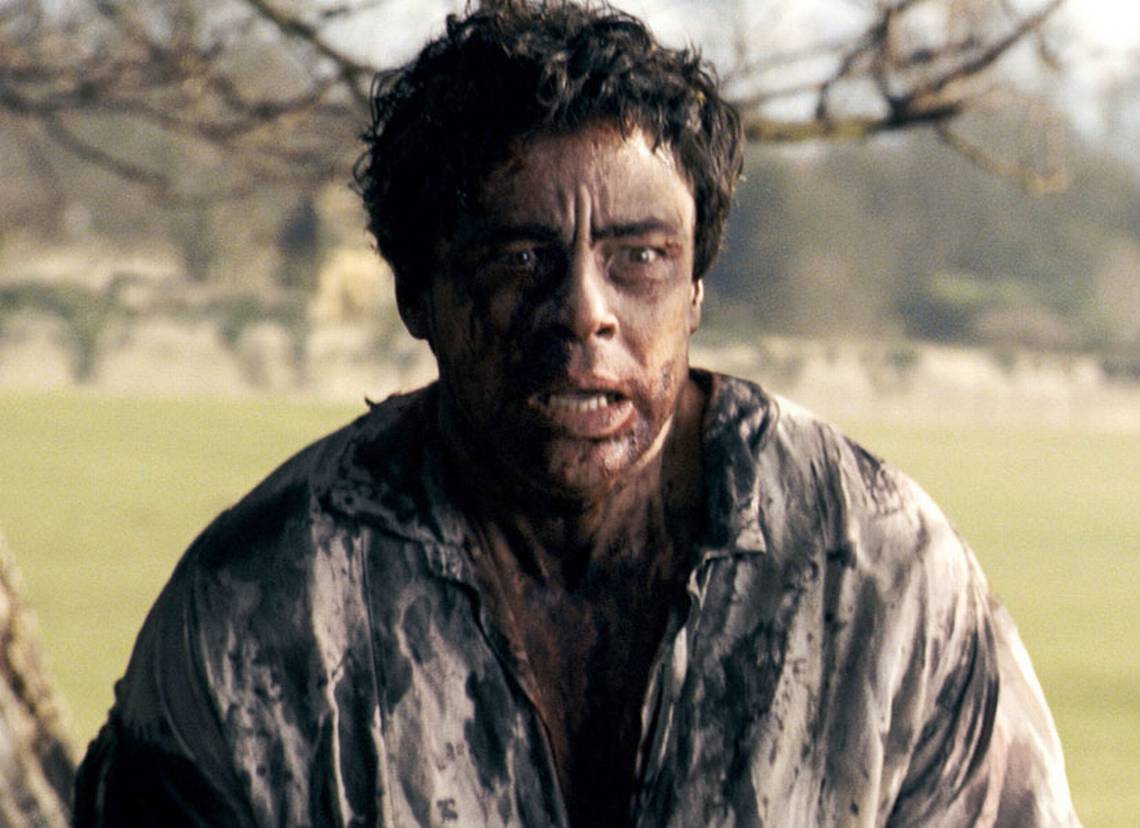 Another myth — also often perpetrated by the Imbeciles, is that after a werewolf transformation (half-arse though it may be) werewolves  have no memory of their activities during their shape-shifting. Let me tell you, the only werewolves that have no memory of what they did after a night of carousing, are werewolves with a drinking problem! Which, not surprisingly, a lot of the Imbeciles indulge in to give themselves false courage and confidence. Leading to some monstrous behavior!

Next time you watch a werewolf movie depicting one of those “Imbeciles,” take note on how a lot of their behavior resembles that of a crazed, drunken lout.

Then there’s that old wive’s tale about GARLIC repelling werewolves! A TOTAL misunderstanding of the REAL origin of this myth! You better not pin your hopes on garlic repelling werewolves, especially in Italy! What REALLY started this Old Wives’ Tale occurred long, long ago, somewhere in Europe (maybe in Italy?). It seems this old wife (ahem!) was going out after dark (no doubt during a full moon or thereabouts) to her root cellar to fetch some strings of garlic to use in preparing supper. She had draped herself with several such strings, and exited the root cellar, only to be pounced upon by a savage werewolf!

The old wife was so terrified she shat all over herself — ugh! What a stinking MESS!

The werewolf involved was understandably repelled, and fled howling into the night! But the old wife, foolish ignorant (and not very sanitary) peasant that she was, misinterpreted the incident believing it was the GARLIC that had saved her life! Thus the tale was passed down, old wife to old wife. But we werewolves also passed down the TRUE origin of THAT superstition!

I reckon that’s enough to ponder this upcoming splendid and historical Halloween — don’t want to give away all our secrets! I encourage everyone to indulge your feral instincts during this next Blue Full Moon on Halloween (and a Saturday to boot!) — get out and roam — one of the best social distancing activities imaginable!

Preferably with a canine companion or two, who might inspire you to realize further truths about werewolves!