We’re on a Frontier Partisans roll with severed heads this month. (Sorry).

Couldn’t let the ghoulish season pass without touching on at least one more episode of frontier decapitation: the gruesome and well-deserved end of Arkansas Dave Rudabaugh. 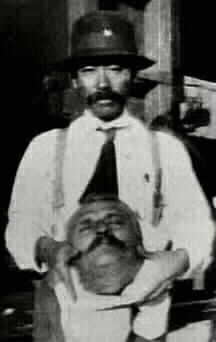 Dave Rudabaugh was no damn good. He was a rustler, a mean drunk and a killer — one of a loose fraternity of outlaws that terrorized the Southwest. As ace historian John Boessenecker showed so artfully in his most recent tome Ride The Devil’s Herd, many of the Cow-boys who found southeast Arizona a kind of rustlers’ paradise were also prominent faction fighters in the Lincoln County War in New Mexico.

Rudabaugh started his outlaw career in Arkansas, and he thoroughly covered the West, from Dodge City to Colorado and down into New Mexico and Arizona. Stealing. It’s what he did. It is known that Dave Rudabaugh rode with Billy the Kid, and it is very likely that he also rode with Curly Bill Brocius and John Ringo — the crew depicted with such vivid color in the film Tombstone. Hell, it’s possible that he had a hand in the assassination of Morgan Earp and the crippling of Virgil Earp that set off Wyatt’s Vendetta Ride.

The Devil’s luck kept the sonofabitch alive through many a dastardly deed, but his luck ran out in Mexico in 1886. He was working as a legit cowboy and moonlighting as a rustler when he got into a card game in a saloon in Parral, Chihuahua (where Pancho Villa would be gunned down decades later). Something angered him, and he quarreled with the other players. Gunplay ensued and the American outlaw fatally gunned down two Mexican men, wounding another.

He fled the saloon, but he must have been shitfaced, because he apparently forgot where he’d parked his horse. He reentered the saloon, which proved to be a fatal mistake (see “shitfaced”). A bunch of incensed Chihuahuans blew him full of holes, then hacked off his head with a machete and stuck it on a pole in town.

No word on whether his ghost haunts the streets of Parral… 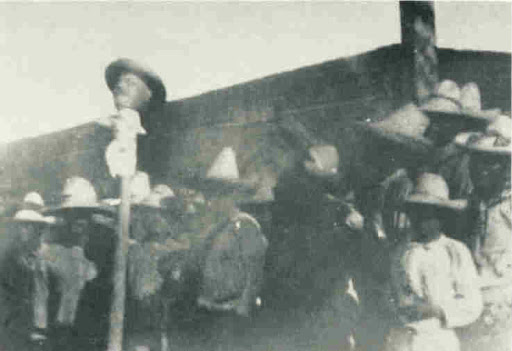 Here’s a  folk song that uses his name and bad reputation but gives him a different, though no less violent, ending: