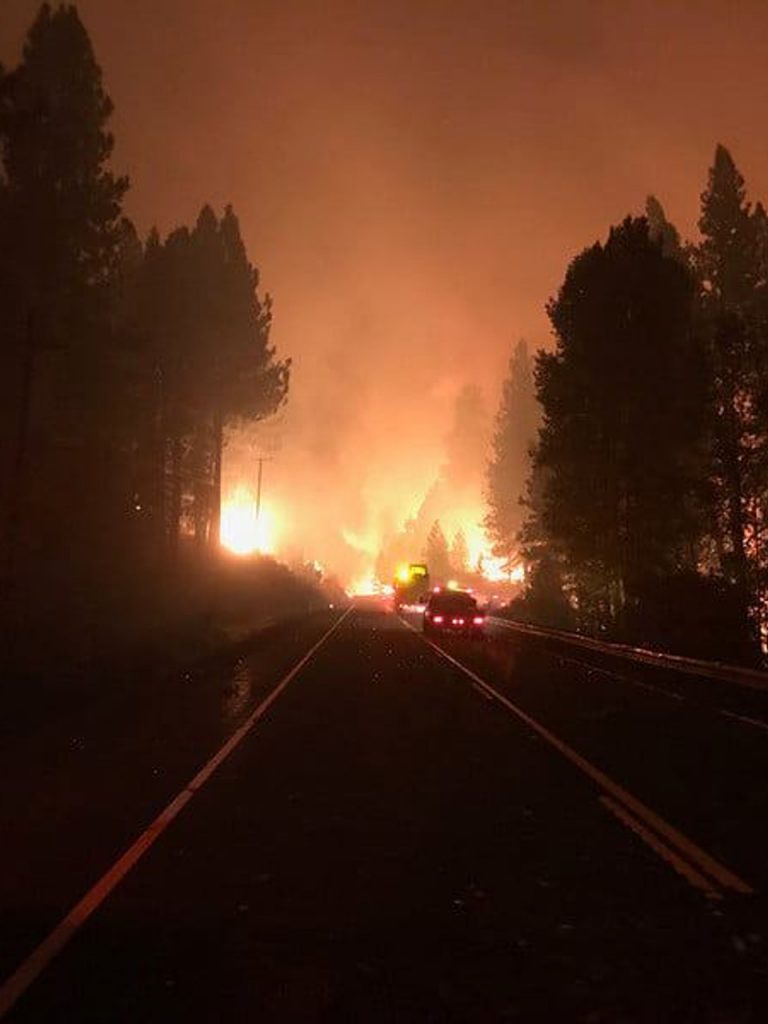 You have heard me extol the beauty of the McKenzie River Valley, the route between Sisters and the University of Oregon in Eugene, where Ceili will soon enter her senior year. A long stretch of that scenic corridor has been devastated by a catastrophic wildfire that started last night and was whipped and driven by savage winds until it became a conflagration. Some 80 to 100 homes in the community of Blue River have burned and we are told to expect loss of life. Families were forced to evacuate immediately with nothing but what they could carry to their car. Some of them trekked east to Sisters to find friends to shelter them.

Places that have deep meaning for Clan Cornelius are reported to be lost — though I remain hopeful.

The catastrophic conflagrations that have swept the West twist the guts. Joshua Tree forests in California, gone forever. Towns in Oregon and Washington wiped off the map. Those of us for whom this landscape was a shaping influence, who love it in our bones, are feeling a sense of loss that is hard to describe. I keep hearing the words of Galadriel at the beginning of the Fellowship of the Ring film:

The world is changed.

I feel it in the water.

I feel it in the earth.

I smell it in the air.

Much that once was is lost, for none now live who remember it.