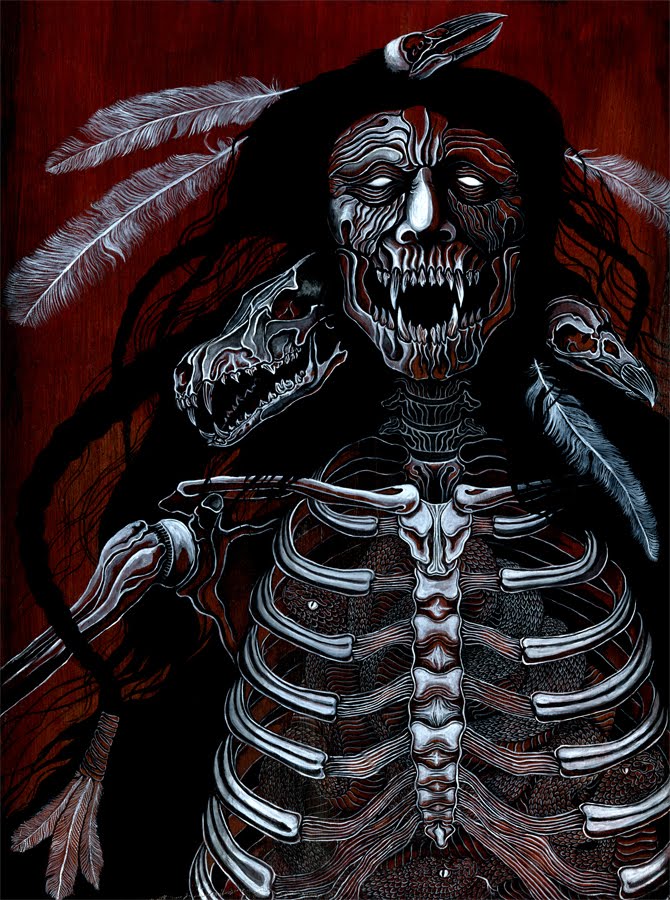 An evil spirit of the Great North Woods, an eater of human flesh, a stealer of souls: The Wendigo. Whisper that name in the Halloween twilight woods. “Weennndigooo…”

The word is enough all by itself to send shivers down the spine.

The Wendigo is a winter demon of Algonquin legend, and it seems that many cultures of that extensive American Indian language group across Canada and the U.S. knew him.

“The Wendigo was gaunt to the point of emaciation, its desiccated skin pulled tautly over its bones. With its bones pushing out against its skin, its complexion the ash gray of death, and its eyes pushed back deep into their sockets, the Weendigo looked like a gaunt skeleton recently disinterred from the grave. What lips it had were tattered and bloody [….] Unclean and suffering from suppurations of the flesh, the Weendigo gave off a strange and eerie odor of decay and decomposition, of death and corruption.”

The Algonquins believed that the demon could turn them into Wendigos — a belief so strong that it is considered a “culture-specific” psychological phenomenon — Wendigo Psychosis.

In the 1870s, a Cree hunter and trapper named Swift Runner went Wendigo and killed and ate his family. From Murderpedia:

Swift Runner was a Cree Indian who lived during the last century in what is now central Alberta. His background seemed not unusual. As a young man he received a solid useful Cree education; he married and had a family of six children; he traded with the Hudson’s Bay Company; and, in 1875, he served as a guide for the North West Mounted Police.

But Swift Runner’s life ended in tragedy and notoriety. During the winter of 1878-79, a time of starvation and misery for the Cree people, he became possessed by the Windigo psychosis (an aberration characterized by grand delusions and cannibalistic impulses that anthropologists have identified in several Canadian Indian cultures). He murdered his wife and family and cooked and ate their flesh. Eventually he was arrested, brought to trial, and in December, 1879, hanged at Fort Saskatchewan. 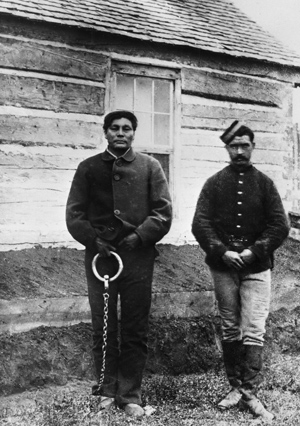 Swift Runner — Possessed by the Wendigo?