Hard to believe that the fall season is nearly upon us. Summer has been… odd. Rendezvous was cancelled. Bugs Boys seem to be everywhere, and nobody’s topknot is safe. Still…  beaver’s bound to rise.

I have a couple of really good guest posts to share with you, starting with one in honor of Edgar Rice Burroughs’s birthday on September 1. Then there’s one on ol’ Yellowstone Kelly from the Alaskan outpost of Frontier Partisans…

The Len Babb Movie Project now has its own web site. Visit it here.

Speaking of cowboys, the great Max Evans has gone up the trail. I went on a pretty good Max Evans spree years ago when The Hi-Lo Country movie came out. Don’t bother with the movie, but do read the story. Evans was the real deal. 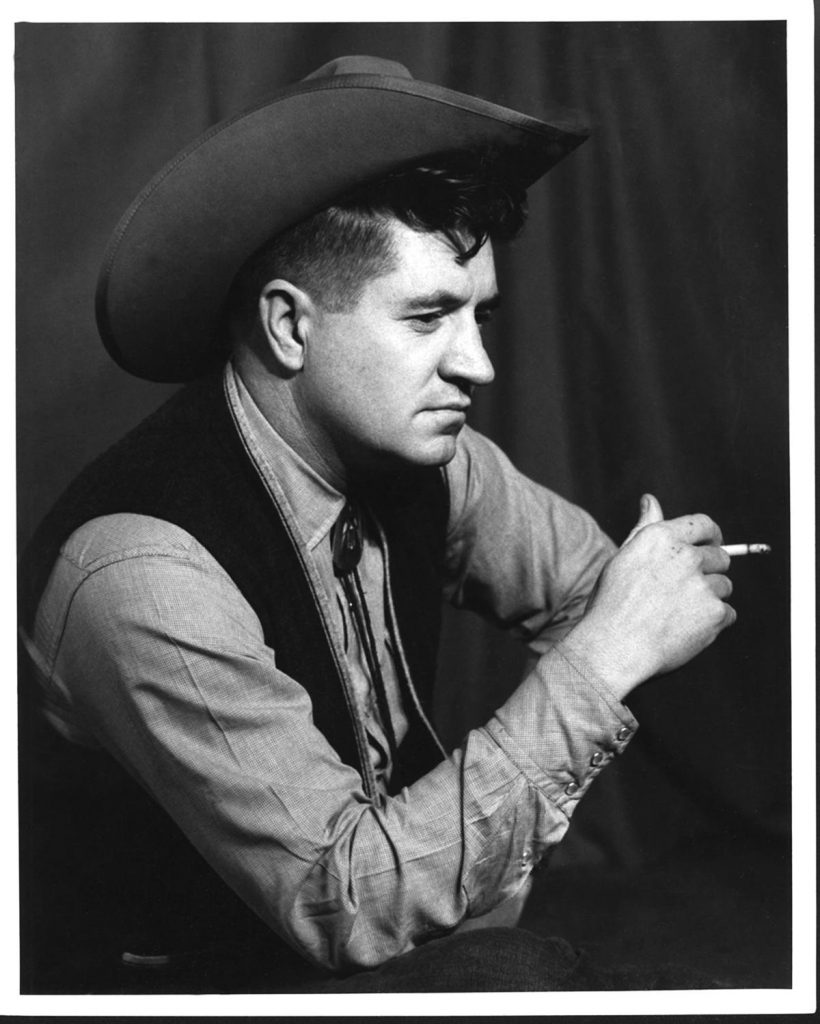 The trapline continues to fill up with literary plunder. There’s a whole lotta buzz around Winter Counts, which I have ordered from Paulina Springs Books… 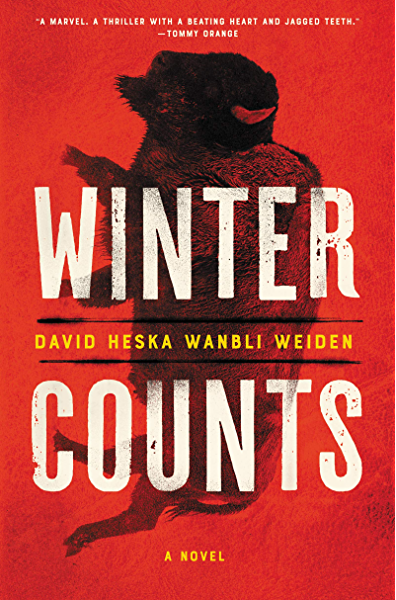 Virgil Wounded Horse is the local enforcer on the Rosebud Indian Reservation in South Dakota.  When justice is denied by the American legal system or the tribal council, Virgil is hired to deliver his own punishment, the kind that’s hard to forget. But when heroin makes its way into the reservation and finds Virgil’s nephew, his vigilantism suddenly becomes personal. He enlists the help of his ex-girlfriend and sets out to learn where the drugs are coming from, and how to make them stop.

They follow a lead to Denver and find that drug cartels are rapidly expanding and forming new and terrifying alliances. And back on the reservation, a new tribal council initiative raises uncomfortable questions about money and power. As Virgil starts to link the pieces together, he must face his own demons and reclaim his Native identity. He realizes that being a Native American in the twenty-first century comes at an incredible cost.

In the queue from the library is Empire of Wild, by Cherie Dimaline:

A bold and brilliant new indigenous voice in contemporary literature makes her American debut with this kinetic, imaginative, and sensuous fable inspired by the traditional Canadian Métis legend of the Rogarou—a werewolf-like creature that haunts the roads and woods of native people’s communities. 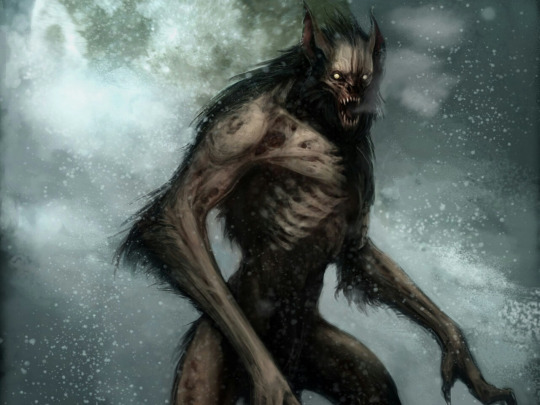 Joan has been searching for her missing husband, Victor, for nearly a year—ever since that terrible night they’d had their first serious argument hours before he mysteriously vanished. Her Métis family has lived in their tightly knit rural community for generations, but no one keeps the old ways . . . until they have to. That moment has arrived for Joan.

One morning, grieving and severely hungover, Joan hears a shocking sound coming from inside a revival tent in a gritty Walmart parking lot. It is the unmistakable voice of Victor. Drawn inside, she sees him. He has the same face, the same eyes, the same hands, though his hair is much shorter and he’s wearing a suit. But he doesn’t seem to recognize Joan at all. He insists his name is Eugene Wolff, and that he is a reverend whose mission is to spread the word of Jesus and grow His flock. Yet Joan suspects there is something dark and terrifying within this charismatic preacher who professes to be a man of God . . . something old and very dangerous.

Joan turns to Ajean, an elderly foul-mouthed card shark who is one of the few among her community steeped in the traditions of her people and knowledgeable about their ancient enemies. With the help of the old Métis and her peculiar Johnny-Cash-loving, twelve-year-old nephew Zeus, Joan must find a way to uncover the truth and remind Reverend Wolff who he really is . . . if he really is. Her life, and those of everyone she loves, depends upon it. 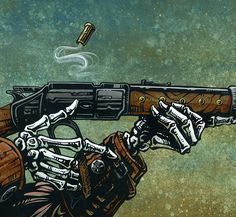 A pistol-caliber carbine has its uses. Ruger has a 9mm carbine I’ve kinda had my eye on. Right now, though, you can’t hardly find 9mm ammo…. 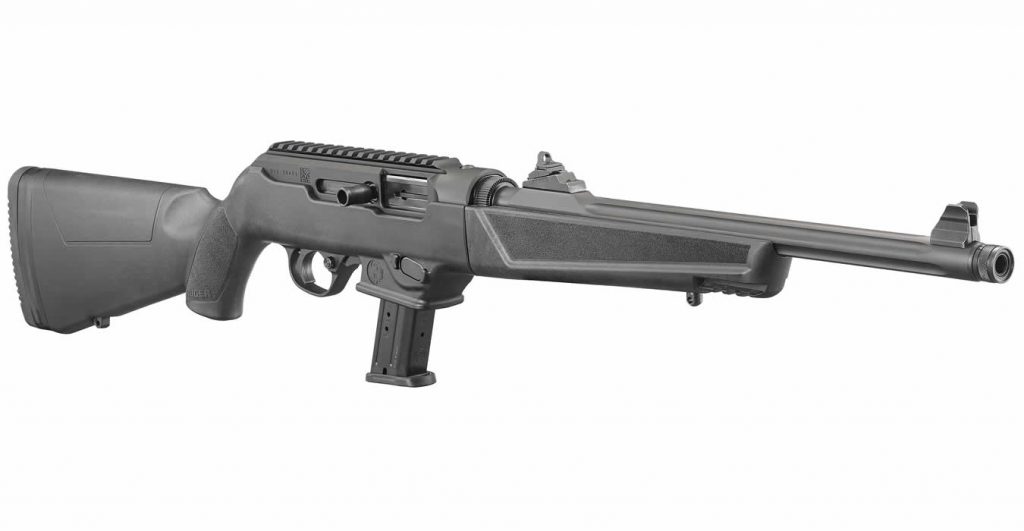 Urbina was a bandit through and through, a compadre of Villa’s from the old Sierra Madre. As the Grateful Dead song says:

Don’t you push me baby,
’Cause I’m all alone and you know I’m only in it for the gold

That was his undoing. When he absconded with gold that belonged to la Revolucion, and betrayed his jefe Villa, the general sent his Angel of Death, Rudolfo Fierro, to settle accounts. Fierro stormed Urbina’s fortified hacienda, captured his former comrade in arms and shot him to pieces in chillingly deliberate fashion, bit by bit.

We’ve got us another wildfire here in Sisters Country — the 4,300-acre Green Ridge Fire. It didn’t have the disastrous cultural and economic impact of the Milli Fire of 2017 or of the dozens of major we’ve dealt with over the past 18 years. It will, however, have a big impact on the landscape.

This country is fire-adapted ponderosa pine forest. That means frequent, low-intensity fires are actually good for the landscape. Our big wildfires, unfortunately, burn at a destructive high intensity that damages the forest. That’s due to a century of fire suppression and excessively dense stands and thick undergrowth. Climate change — hotter and drier — may also be a factor. Fire behavior here has been extreme for most of the past two decades.

But where fire acts normally, the benefits are great.

Last Wednesday, weary of the sorry state of the world, I indulged in an extra-long woods ramble and took in a chunk of territory I haven’t wandered through in a couple of years. The Indian Ford Creek Restoration Area is a prime example of how a bit of selective logging and prescribed burning can benefit a landscape. Lookit that grass, will ya! 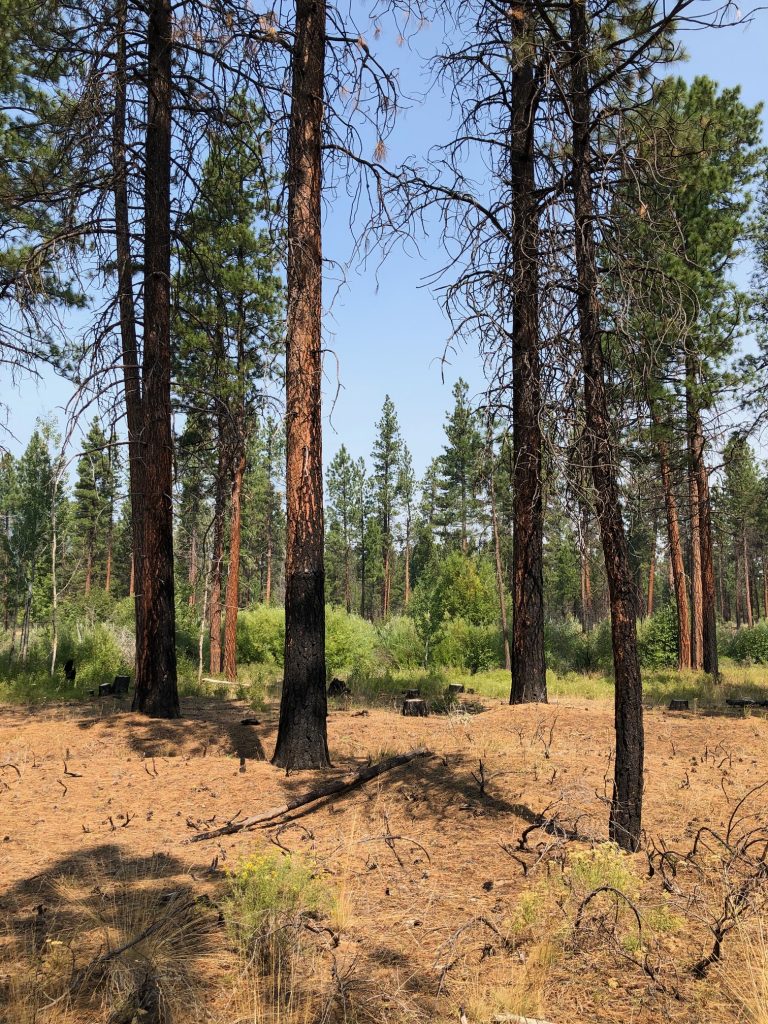 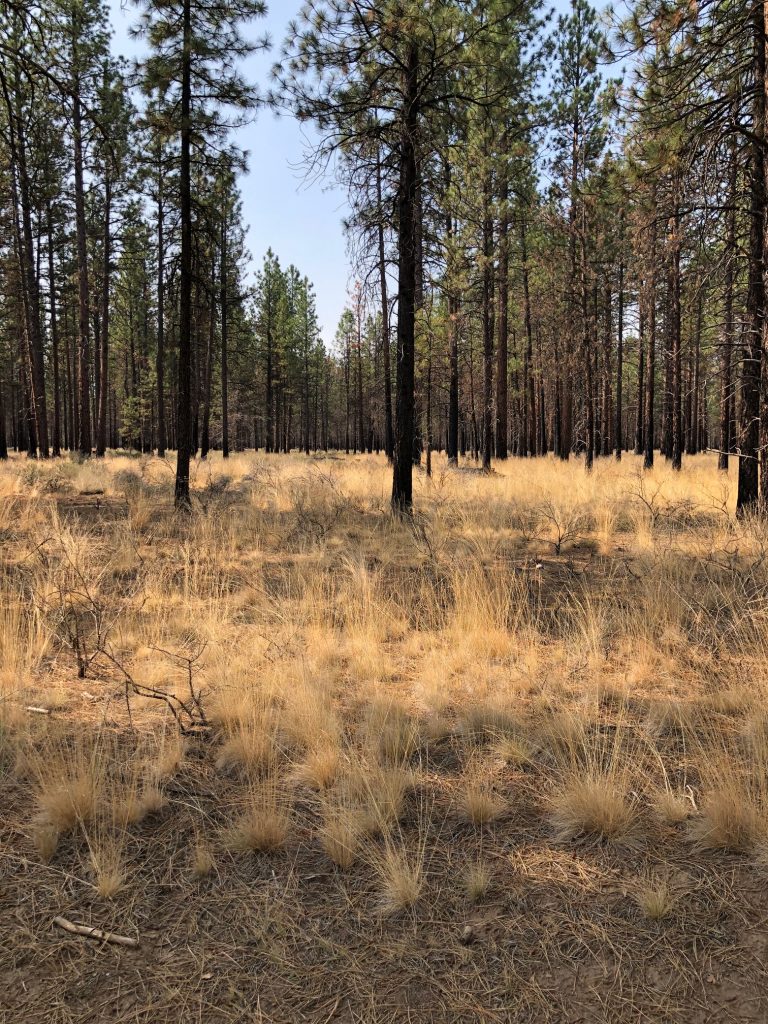 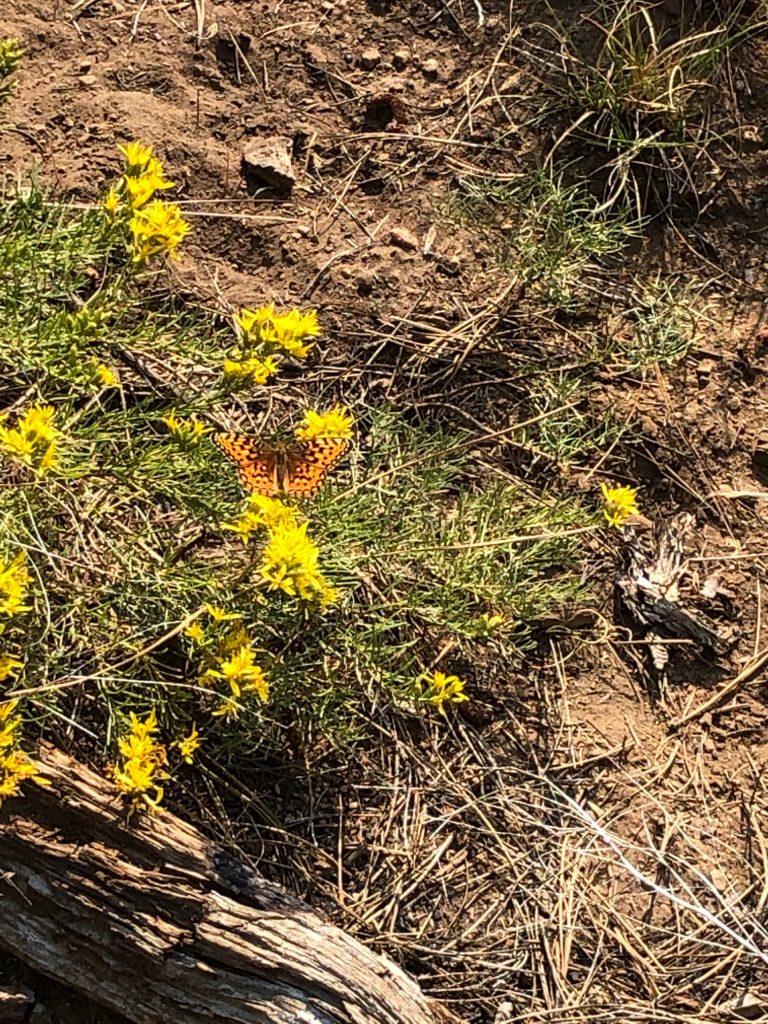 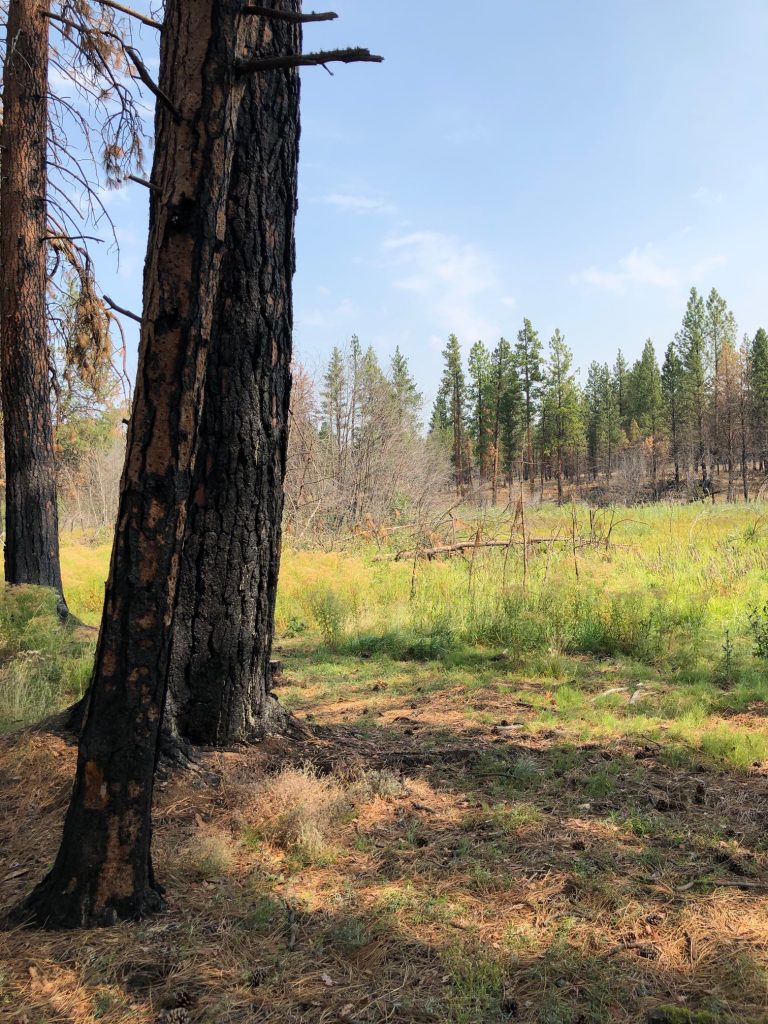 Hanging out with Kit Carson as I have been in preparation for the Frontier Partisans Podcast has been a real pleasure. Just as when I was working on Warriors of the Wildlands, I find that palavering with ghosts brings them to life. I feel their presence. Reckon I’ll have to be careful when it comes time to palaver with the ghosts of the bad uns. Burn some sage and the like…

Previous Post: « The Long Shadow Of Ewing Young — Part II — Oregon Pioneer
Next Post: Lightning In The Hand — The Guns Of The War Chief »