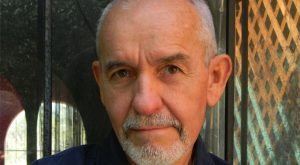 Ordinarily, I would plow through a 272-page borderland thriller from James Carlos Blake in handful of days. Maybe two. I haven’t done that with The Bones of Wolfe.

The demands of work — newspaper and Frontier Partisans — have forced me to slow it down and read in small chunks. Not necessarily the best way to let the momentum of Story sweep you up, but the upside is that I have a fine, pulpy world to slip into each evening — which has enhanced my already deep appreciation for Blake as the silver-tongued devil bard of outlaw masculinity.

Make no mistake, Blake’s recent spate of “Border Noirs” featuring the Wolfe Clan are faerie tales for men. That may sound dismissive or pejorative — but you all know better: Blake spins yarns that “re-enchant” the world with a vivid sense of freedom and virility that modern living tends to leach away.

I am quite certain that Blake would endorse the characterization. This is from a UK Crime Time interview on The House of Wolfe:

“My mother began reading to me almost as soon as I was out of the womb, mostly fairy tales, and so you could say my earliest storytelling inspirations were the Brothers Grimm and others of their ilk. Set in dark, spooky worlds fraught with mortal dangers of every sort, those stories were frightening but utterly absorbing, and I couldn’t get enough of them.”

The Wolfe Clan are true outlaws in the sense that they operate entirely outside any sovereignty other than their own. They are not beholden to external legal or moral constraints — but they are tightly bound to tradition and code. Bound by blood ties that extend back to a piratical ancestor, ties that extend from Texas down into Mexico, they wield power derived from a network of legitimate business holdings and what they call “The Shade Trade” — the original family enterprise of smuggling and gun-running.

Blake knows damn well that such an outfit makes the blood sing.

“I forget who it was that said we all have secrets that would shame hell, but the dude was right on the money. Excluding reveries of sexual cavort, what fantasies are more common among us than those of refusing to submit to the will of others, or of bending others to our own will, violently if necessary, and maybe even preferably? There’s a close bond between pride and violence, and we all have our pride. When the battered but unrepentant Satan of Paradise Lost rises up out of the fiery muck and tells his minions he’d rather rule in hell than serve in heaven, I suspect that, as they read those words from the boss gangster of them all, more readers than would ever admit to it tighten their lips and nod.”

With obvious relish, Blake has created a metanarrative for his Clan. The modern border noirs tie back to Blake’s historical novels, in particular Country of the Bad Wolfes and In the Rogue Blood (which shared a setting and baroque flights of language with Cormac McCarthy’s Blood Meridian). There are also callbacks to the Mexican Revolution and his novels Under the Skin and The Friends of Pancho Villa. 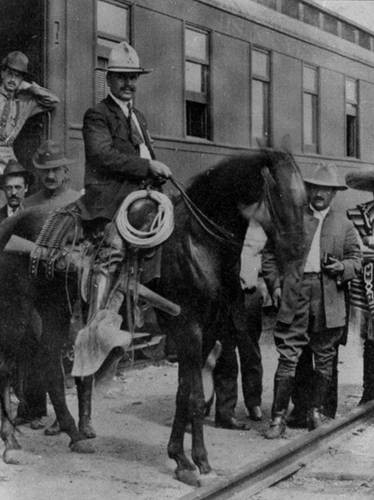 The women of the Wolfe Clan are no less formidable than the men. They are strong, capable, smart and sexually assertive — the kind of women genuinely strong men love. To borrow from the world of Blake’s spiritual brother Robert E. Howard, these women are Valeria or Sonya of Rogatino or Dark Agnes de Chastillon — no Natalas need apply. 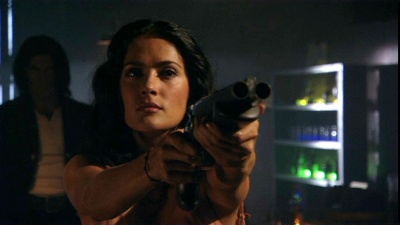