I must be crazy.

I’m writing about Ernest Hemingway, one of the most studied, well-known, complex, deeply flawed, and yet extraordinary Americans. And many Frontier Partisans may know much more about the man than I do. But, we’ll see that author Chris Warren found more to explore and reveal about the famous writer than had been addressed before.

Does Hemingway qualify as a Frontier Partisan? Hmm, I’m not sure. He did not engage in combat for his country or his beliefs. But perhaps he qualifies as a Partisan. For, while covering the Spanish Civil War, initially as a neutral correspondent, he saw up close what Mussolini, Hitler, and the Nationalist fighters were up to as they carried out, in effect, a rehearsal for World War II. Hemingway become strongly anti-fascist. Upon returning to the United States, Hemingway in 1938 delivered the only public speech of his career to the Writers Congress in New York City. In Carnegie Hall he stated:

“Fascism is a lie told by bullies. A writer who will not lie cannot live and work under fascism.”

Ernest Hemingway did posses the frontier virtue of a passion for life outdoors, including fishing, shooting, hunting, hiking and horse packing. And it is a period of Hemingway’s life outdoors that author Chris Warren reveals in his 2017 book Ernest Hemingway in the Yellowstone High Country. 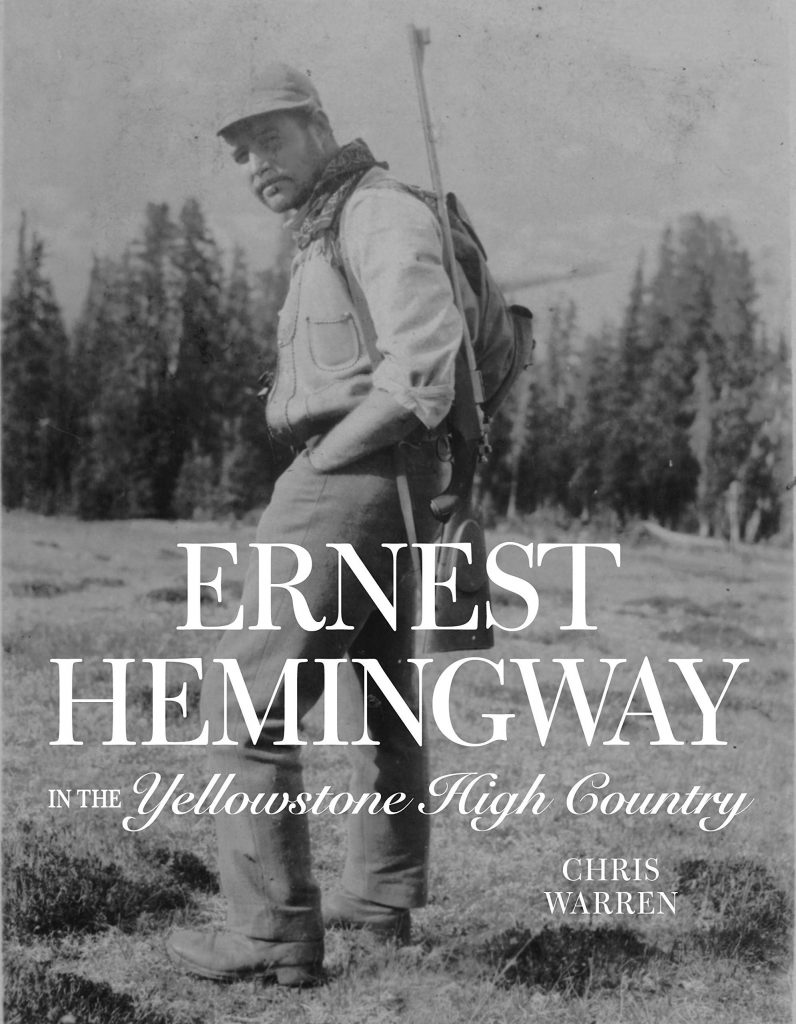 Cooke City, Montana, resident Warren learned that Hemingway had retreated to the remote L_T Ranch ten miles east of tiny Cooke City over five summers-into-autumns in the 1930s. Questioning locals, and reading Hemingway’s letters and all of his works enabled Warren to piece together Hemingway’s days in the high backcountry in an engaging, revealing, and recommended addition to the tale of the writer’s life.

When not working, the agenda was family and outdoors adventure. For his then wife Pauline Pfiffer and the kids made the trips, too. Warren shows that Hemingway’s non-writing hours were filled with being the family man, being dad to the kids, and even playing baseball games in the horse corral.

“He had an appealing zest for life of all forms. He had a particular camaraderie with all the ranch hands, gleaning information, drinking, and developing friendships.”

Chub Weaver — hired as camp cook and hunting guide — and Hemingway became “friends for the rest of their lives.” And when not working, fishing and hunting were pursued with intense vigor.

Ranch hand Floyd Allington, “an expert fisherman (and bootlegger), talked fishing with Hemingway the whole summer. The writer told the guide that he considered the Clark’s Fork of the Yellowstone to be the best trout fishing in the world.”

As the summers moved into autumns, attention turned to hunting. The 1930s were a decade when big game was still relatively plentiful in the high Yellowstone backcountry. And Hemingway was a big game hunter. In his first autumn of 1930 Hemingway went after bighorn sheep. He rode the mare Old Bess two days into the backcountry, then “was able to take her on sheep trails, rock slides and boulder fields flanking Pilot and Index peaks.”

Hemingway wrote in an article for Vogue:

“The old ram was purple-grey, his rump white, with a great heavy curl of horns.”

First glassed from three miles away, Hemingway approached carefully and harvested the ram. Despite hunting the same slopes two years later, it was the only bighorn sheep Hemingway ever shot.

Hemingway next shot a bull elk with a 6 x 6 rack, “taking the trophy with a single shot.” My research indicates that he used a sporterized 1903 Springfield, chambered in .30-06, one of his favorite rifles. That same autumn Hemingway went after grizzly bear

“You heard a crash of timber, and then there they were, in the broken shadow, running with an easy, lurching smoothness, the afternoon sun making their coats a soft bristling silver.”

On the run, however, they were too far away for a shot. 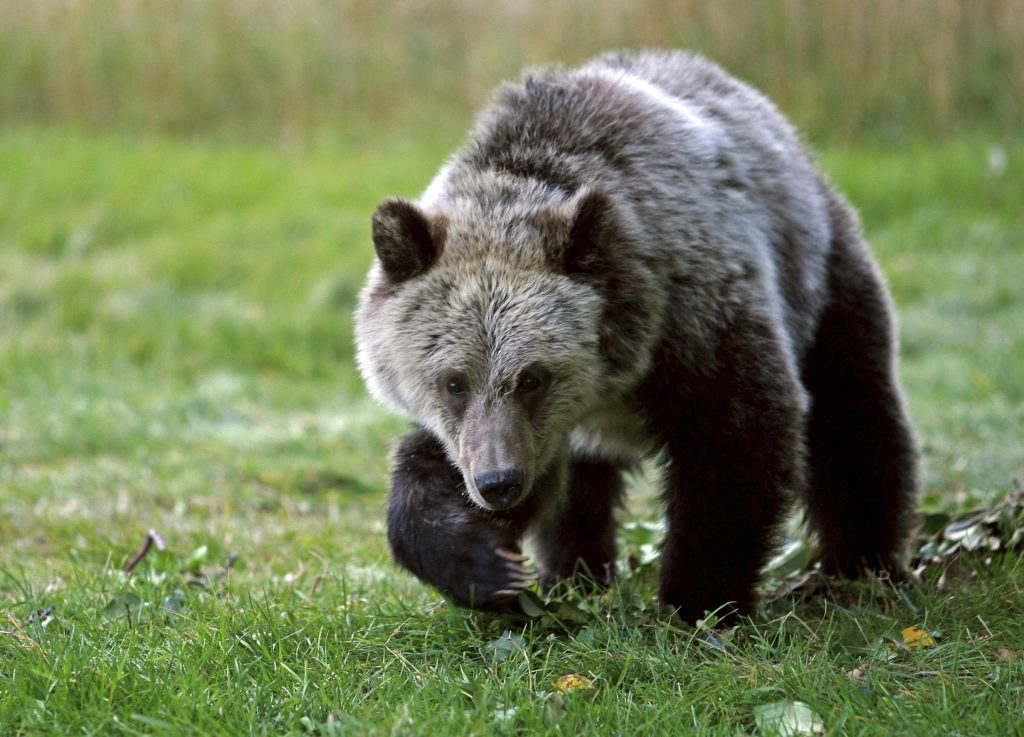 By the time of his third trip in 1936, Hemingway still yearned for grizzly bear. In these days of 2020 there is ongoing discussion of the ethics of baiting. Not so in the 1930s.

“Last six days hunted Grizzlies and we got three. Tom Shevlin got one on bait, and I got two out of three that I ran onto up near timberline. It was very exciting. They were so damned handsome I was sorry I killed more than one but at the time did not have much time to decide.”

Hemingway returned to the L_T Ranch in summer of 1939. His essay The Clark’s Fork Valley that appeared in the February 1939 edition of Vogue presaged that it would be his last.

“He mentions the habits of trout in the river, remembers hunting sheep in 1930, the grizzlies up Crandall Creek, and the heaving chest of elk and their bugling in the fall. He looks back fondly on his boys learning how to ride horses. As he described his time at the ranch, there is life and energy, a vibrancy that symbolized his time in the mountains, but the final paragraph suggests that this chapter of his life was ending: ‘Then there was winter; trees bare now, the snow blowing so you could not see, the saddle wet, then frozen as you came down hill.’”

Closing with words that implied that it was over for him, Hemingway concluded, “It’s a good country.”