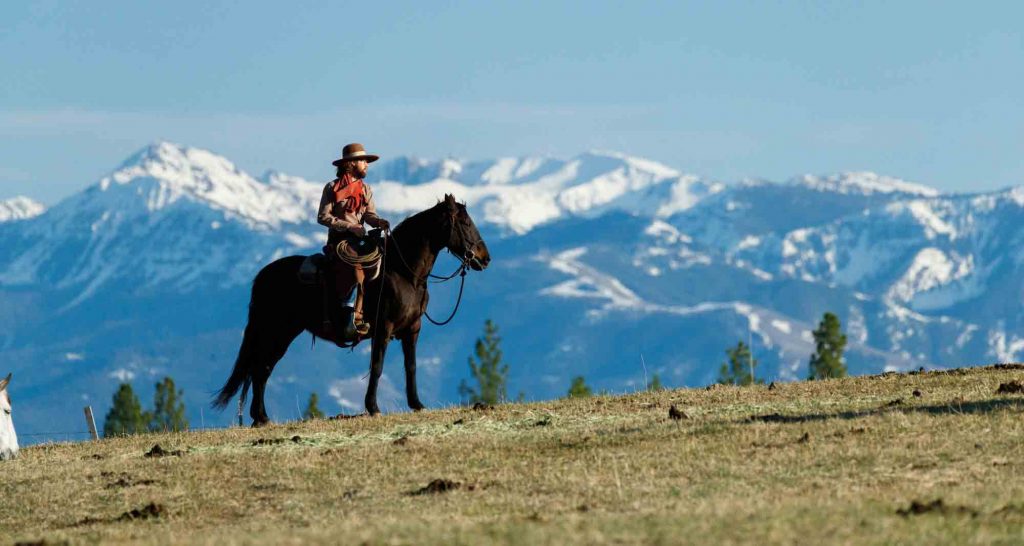 Facebook is a toxic stream in a lot of ways, full of fool’s gold, and panning it ain’t necessarily good for your health. But every now and then, if you pick the right spots and your heart is pure (!) you find yourself swirling out some paydirt. That happened twice on Thursday, which made for  a pretty good day.

The esteemed folks at the Western Folklife Center in Elko, Nevada, regularly post footage from their annual National Cowboy Poetry Gathering, and on Thursday they ran a song by a feller named Forrest Van Tuyl. Turns out he’s a buckaroo in some of Eastern Oregon’s real wilderness country in the Wallowas — and a poet and singer-songwriter. I keep up pretty good, but I’d never heard him before. And I like him a lot.

Americana-UK.com (and ain’t it grand that there is such a publication), described his music thus:

“…it feels like it’s modern American frontier music of the deepest kind – about living in one of the last parts of the North American wilderness in the 21st century.”

It’s a good interview, and I particularly liked this passage:

Q: Maybe it’s an overly sweeping question, but does your work/life as a cowboy drive your life/work as a musician or is it more vice versa or kind of both?

A: Working with horses didn’t start til I was 25. And when it did, it changed my entire perspective on songwriting and music. Working horseback became just as exciting, interesting, stimulating, and creative, and took the pressure off of music to be the primary focus of my life. That really allowed me to loosen up, take bigger risks, put less weight in my failures, and overall just be more purposeful in my approach. It also gave me way cooler shit to write about. 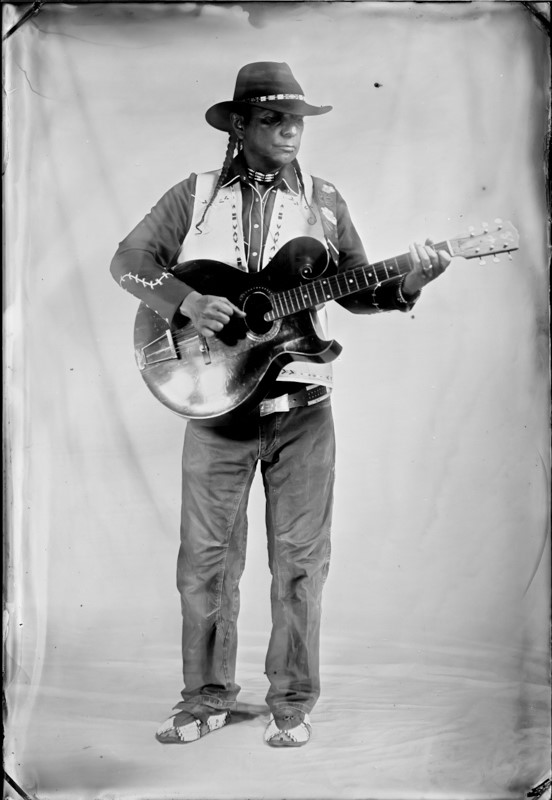 Cowboys & Indians Magazine posted a feature on Crow bluesman Cary Morin. Again, never heard of the guy. They premiered a track titled The Valley of the Chiefs.

“It’s based on a true story told by my great-grandmother at my Crow naming ceremony when I was about 4 years old,” says Morin. “It tells of when she was a teenager and was kidnapped by a neighboring tribe. When women were kidnapped back then, they were destined to a life of servitude. She and her friends escape the warriors and are able to steal their horses and ride back home. The moral of the story from my great-grandmother to me was that there is nothing in life that you cannot overcome.”

Morin believes his great-grandmother was giving him this story to teach him perseverance in the face of any obstacles he might experience in life and he wrote “Valley of the Chiefs” as a “memory of my life and my culture.”

Unfortunately, the studio version buries the vocals in the mix – at least to my ears. This live version is mighty tasty: