This is why I love doing what we do at Frontier Partisans. It really is a campfire, around which kindred spirits gather and swap yarns and chew the fat. David Wrolson and Ugly Hombre had a conversation about The Wild Bunch (overdue for a re-watch) that hinged around a book that the Breaker of Book Budgets is forcing me to buy. 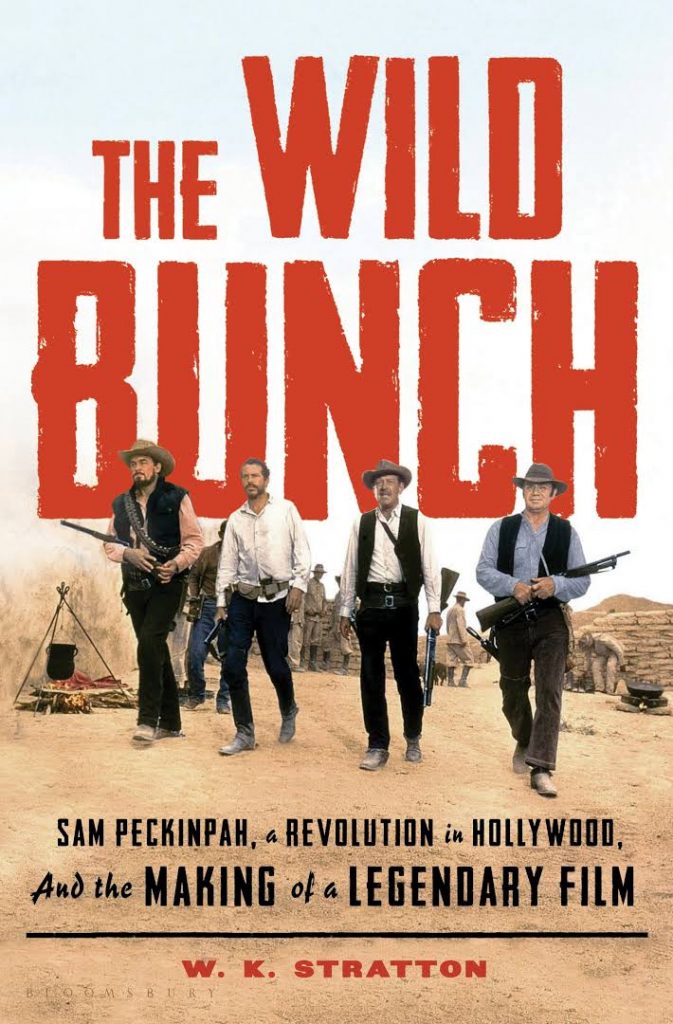 Ugly Hombre: “You no longer have beat up verified tough guys and old tarantulas who know how to handle a rifle like Holden, Ryan, Oates, the great Ben Johnson and so on. What you have today in the film world, is a bunch of foppish girl singers.”

Wrolson: There were Marines and WW2 combat veterans and real cowboys and other assorted tough guys all over that movie-not only as actors, but in all other positions as well. There is no way that can be replicated.

I was most astonished at the various first hand connections to the Mexican Revolution-too numerous to mention here-not that surprising really since it had only been about 50 years away at that point-but interestingly, the train engine had seen service during the Revolution.

Ugly Hombre: Yes Sir, that’s for damn sure. Emilio Fernández, born 1904 saw the revolution first hand, and was a force to be reckoned with, later in life lived in a hardened fortress in Mexico City- something like the hacienda in “Bring Me The Head Of Alfredo Garcia.”

Emilio Fernández, it turns out, was probably the Most Interesting Man In the World. Muy macho. What the kids would call Chingon. His house is the manliest abode I have ever seen. Here’s the caper, from Austin Film Society:

Born in 1904 to a revolutionary general father and a mother who was part Kickapoo Indian, Fernández first joined Mexican revolutionary forces as a teenager. When the uprising he was part of was quashed, Fernández went into exile in America. Finding a home in Hollywood, the handsome young man eked out a living as an extra and small part player in silent films. During this period he was introduced to art director Cedric Gibbons, who was designing the new statuette for the Academy Of Motion Picture Arts and Sciences yearly gala. The very fit young Fernández proved to be an excellent model for the gold statuette which now goes by the name Oscar. * 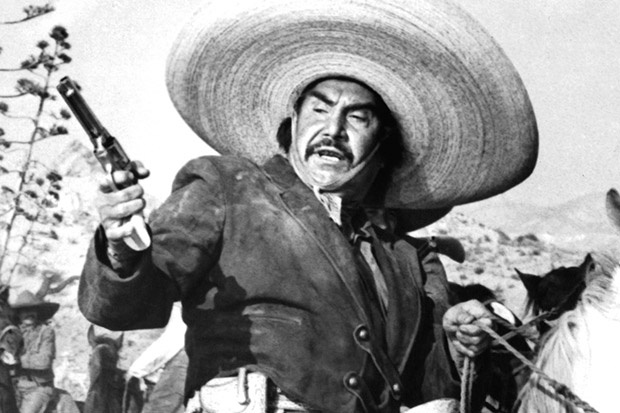 In 1934, he and his fellow revolutionaries were granted amnesty by the Mexican government and Fernández returned to his homeland, armed with a great deal of film knowledge gleaned from his years on set in Hollywood. He became a screenwriter and actor, whose imposing presence and Indian features made him a very busy star. Nicknamed “El Indio” he became one of the most well known screen figures in Mexico.

With his great knowledge and commanding manner Fernández was a natural to direct films and starting in 1941 he directed many of them, helping to create what is now known as the Golden Age of the Mexican Cinema. In the next two decades he directed 37 features and became one the most highly esteemed of all native Mexican filmmakers. When financing dried up he continued making films for lower budget producer, many of which are held now in lower esteem than his golden age output. 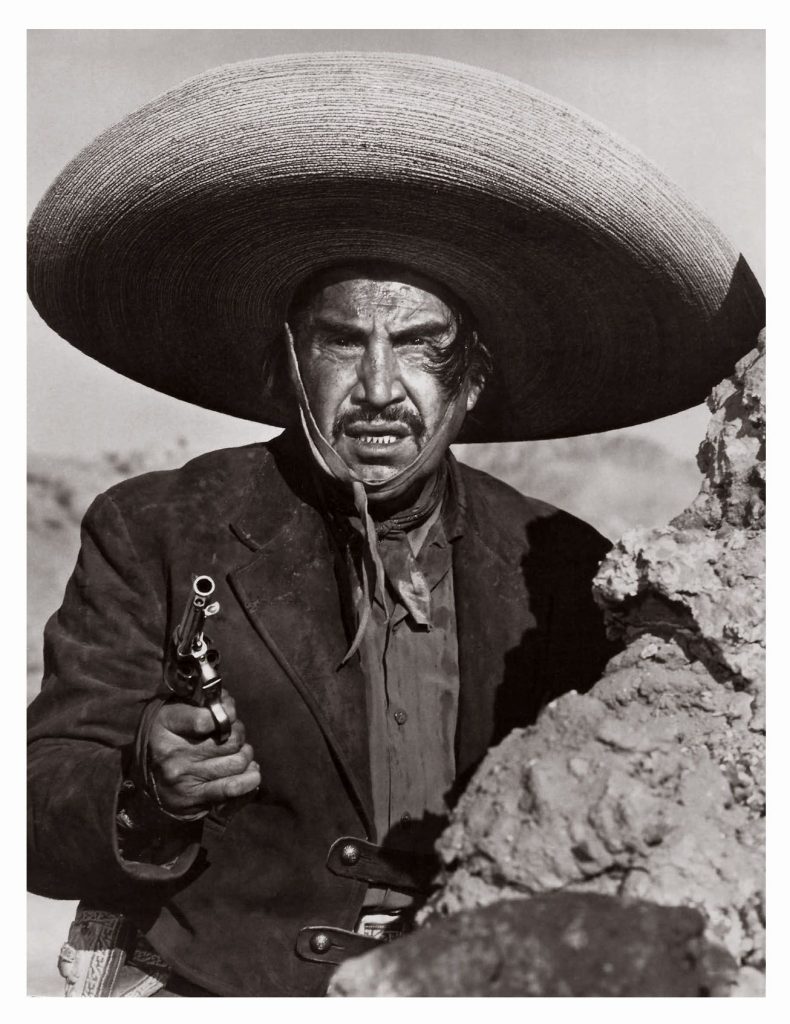 As an actor he stayed very busy as well, starring in scores of films during this period. Additionally he acted in many American films such as NIGHT OF THE IGUANA, THE WILD BUNCH, PAT GARRETT & BILLY THE KID and BRING ME THE HEAD OF ALFREDO GARCIA, in which he delivers the titular death sentence. The latter three films were made by his close friend and kindred spirit Sam Peckinpah.

In 1976 the always volatile Fernández killed a farm laborer in an argument and served six months in prison. It was one of many altercations in his life. In one, it is reported that he actually shot a film critic who disparaged his work. In his old age he lived on his farm and made a living by selling produce. He died in 1986, the proud progenitor of a major world cinema. 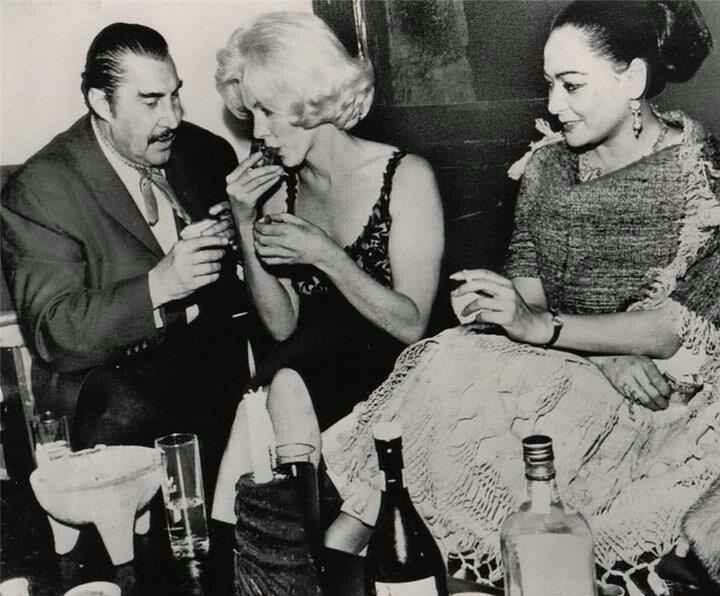 OF COURSE he was friends with a kindred-spirit Sam Peckinpah. OF COURSE he plied Marilyn Monroe with tequila shots during her foray into Mexico (which gave the FBI the vapors because they were afraid she’d spill Kennedy pillow-talk to the leftist expat Frederick Vanderbilt Fields. No shit.) OF COURSE he shot a film critic.

Apparently, he took a bad fall and broke his femur and died because the blood used in a transfusion was tainted with malaria. Which is a crappy yet fittingly outlandish way to go.

And I want to live in his house… 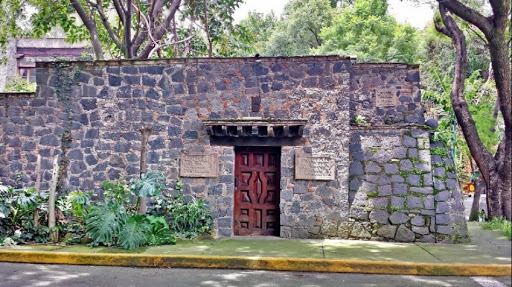 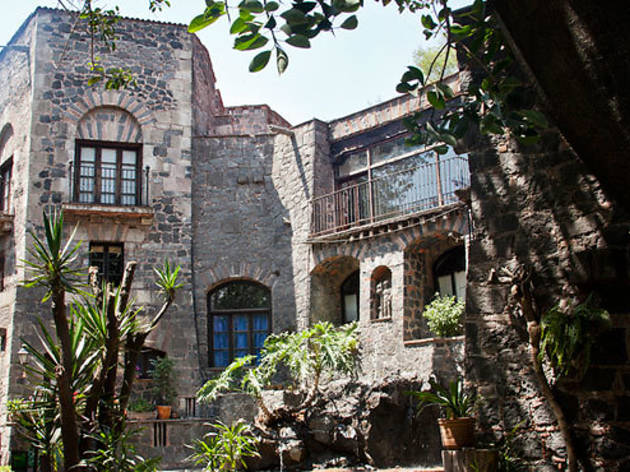 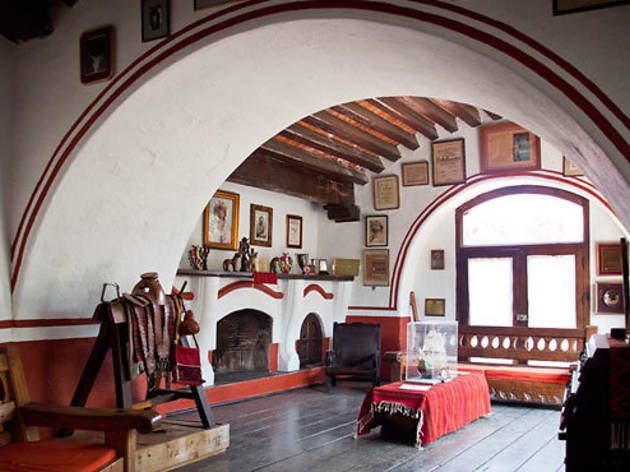 I want to thank everyone who has pitched in to expand Frontier Partisans’s territories. I’m turning Lynn loose right away on constructing the trading post and designing the first items for trade. Podcast is in development.

* The Hollywood mobster Johnny Stompanado, Lana Turner’s lover, was nicknamed Oscar because his equipment allegedly matched the scale of the statuette. One of my favorite Hollywood stories is of Sean Connery, who was co-starring in a film with Turner, decking Johnny Stomp on a movie set in the UK when the jealous Stompanado started waving a gun around. Connery did not give a fuck. And, as Tom Russell recounts..

Cuz Johnny beat up Lana down on Fifth and Alvarado